Among many gamers in this site, as well as gamers in general, the SNES represents gaming’s golden age. Its games regularly feature in the greatest of all time discussions, and the console itself some claim to be to the greatest as well. For me, the SNES would always be the special console of my childhood, and that Nostalgia effect will always be strong with me. 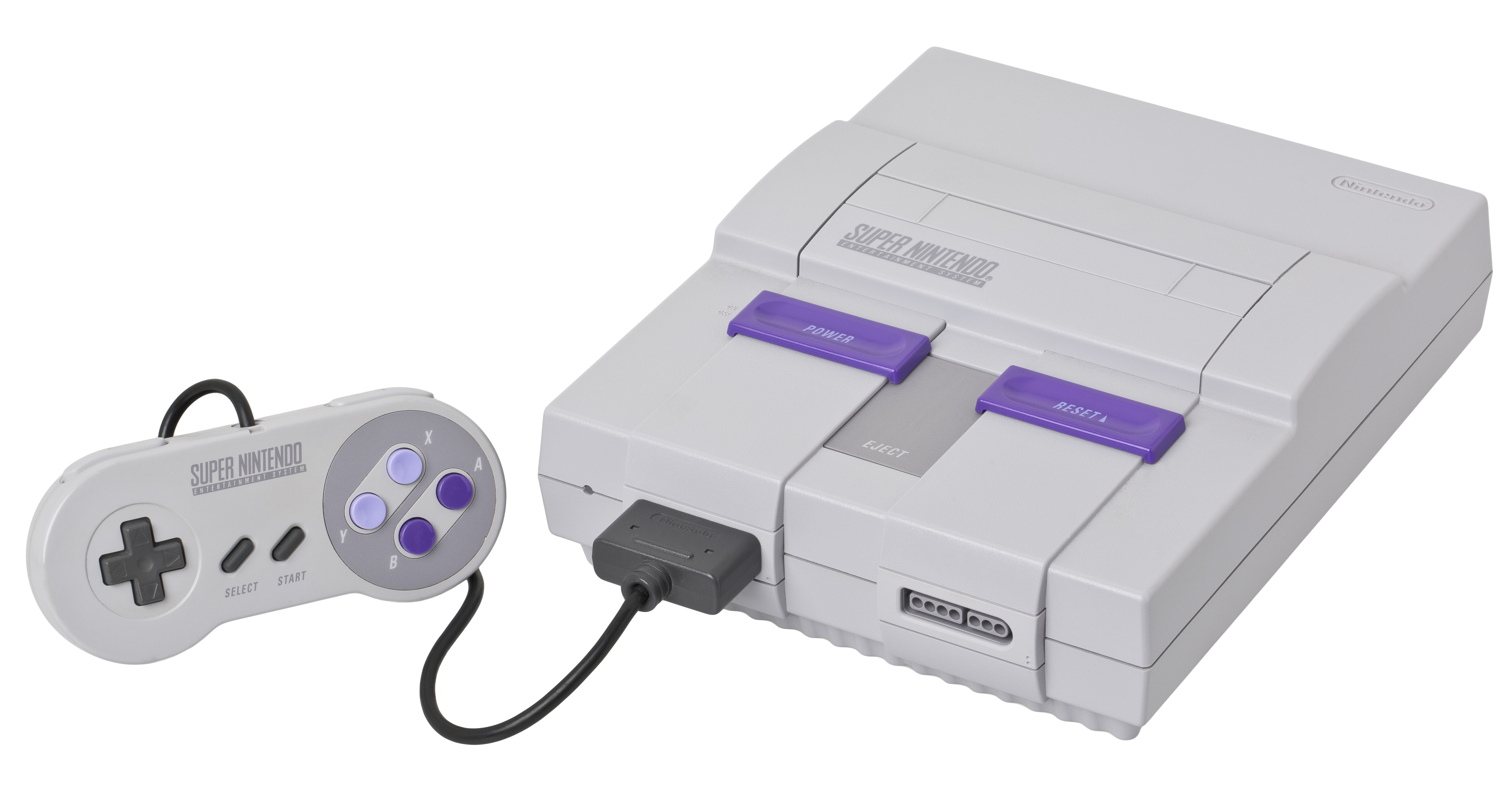 This gray box holds so many memories

However, I wanted to form an unbiased opinion on the console, I wanted to review it based on its own merits far removed from nostalgia. As with any console, this meant I needed to review its games, and be honest about them, even applying them to modern sensibilities as well.

Which is why I started my SNES Reviews blogs, a series in which I reviewed the top 100 SNES games as chosen by IGN. After completing the list, I feel that I am equipped to fully review the SNES.

In this review, I am going to focus on the both the console’s biggest strengths and weaknesses. Then, I will pick the top three game genres, as well as the top three publishers as well.

If you just take a cursory glance through that IGN list, you will notice a huge variety in games. Not only in genres, but also regarding publishers and styles as well. Clearly, Nintendo has the highest count in that list, but they only account for a fifth of the games, with many other publishers contributing as well.

For players of all tastes, the SNES’s library will manage to somehow satisfy them.

You have a monkey, and Italian Plumber, and freaking Batman in the same console

Unlike the early 3D polygonal games of the PS1/N64 era, the 16 bit 2D graphics of the SNES era aged very gracefully. In fact, the style now is finding newfound resurgence in the Indie scene, and that is because it still is capable of high beauty.

Carrying on with the theme of variety, we also get a variety of 2D styles, with each publisher having their unique visual flair. For example, not one Nintendo platformer used the same style once. With great difference between the early 3D rendering of Donkey Kong Country, and the crayon styling of Yoshi’s Island.

Graduating for the limited chip-tunes of the 8-bit era, the 16 bit SNES was capable of much more than the NES in terms of sound capabilities. However, music was still constrained in terms of range and the quality of the sound itself. Hence, composers had to focus on the melody itself, which paid dividends in terms of creating iconic music.

This is the generation where legends such as Nobue Uematsu, Koji Kondo, and Yoko Shimumura created a lot of their best work. In fact, I think music from the SNES has been remixed the most, and celebrated more than anything else.

Of course, music in the SNES era had a lot of responsibility. In RPGs, it needed to provide the emotional backdrop to the story. In action games, the music needed to be interesting to pump you back into action every time. It was the 3rd dimension in the 2D era. 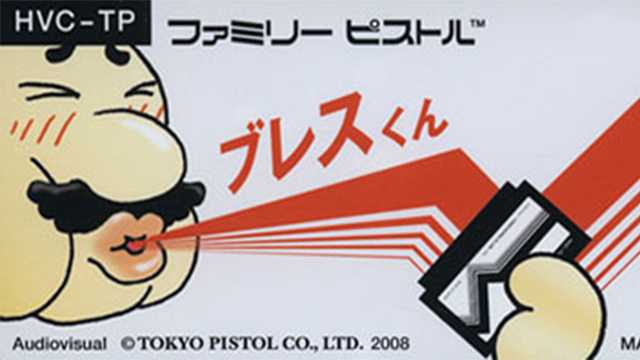 I am not talking about having to blow the cartridges

The console’s biggest weakness is without a doubt the limited memory, which is a constraint every generation deals with. However, later generations managed to circumvent it, whether it is the multiple CDs of the PS1, or the installations in the PS360 era.

In the SNES, memory constraints were responsible for limitations in graphics, resolution, size, and a lot of other different elements. Take Final Fantasy 6 for example: reportedly, Squaresoft stuffed all they can in the cartridge, but were forced to leave stuff that they planned.

I cannot judge the narration of games based on its original Japanese text (which most games in the SNES are), but based on the translation, which is significantly hampered by memory constraints. Since the game’s text is built for Japanes characters which can say more in a given text box than can be said in Latin alphabet, the original narrative might be something better.

However, the translated narrative of many games is simply sub-par. With the exception of the fun narrative of the Squaresoft games, I found the stories in most SNES games to be lacking in depth, character complexities, and everything else we associate with good storytelling.

Not all games in the SNES abandoned the coin dominated Arcade mentality. In fact, a significant portion of gems feel like they depend on artificial difficulty, lack of checkpoints, and lack of saving to pad out really short games.

Some games like Mega Man X and Castlevania are so good, they are replayable by design. However, a lot of games are short in content, and do not offer the stellar experience to make you want to go through them again.

As I said above, there were a lot of genres represented in the SNES. From 2D shooters, to top-down shmups. Games of every genre were made, yet these three genres stood out by far.

In their essence, Platformers are the most basic game type. They all follow similar side-scrolling rule (with a few flipping the scrolling side for an additional twist), and they all use the 2D plane.

However, this constraint was challenged by different publishers, which is why we got a huge variety of 2D Platformers that included many of the best games of the Genre even today. 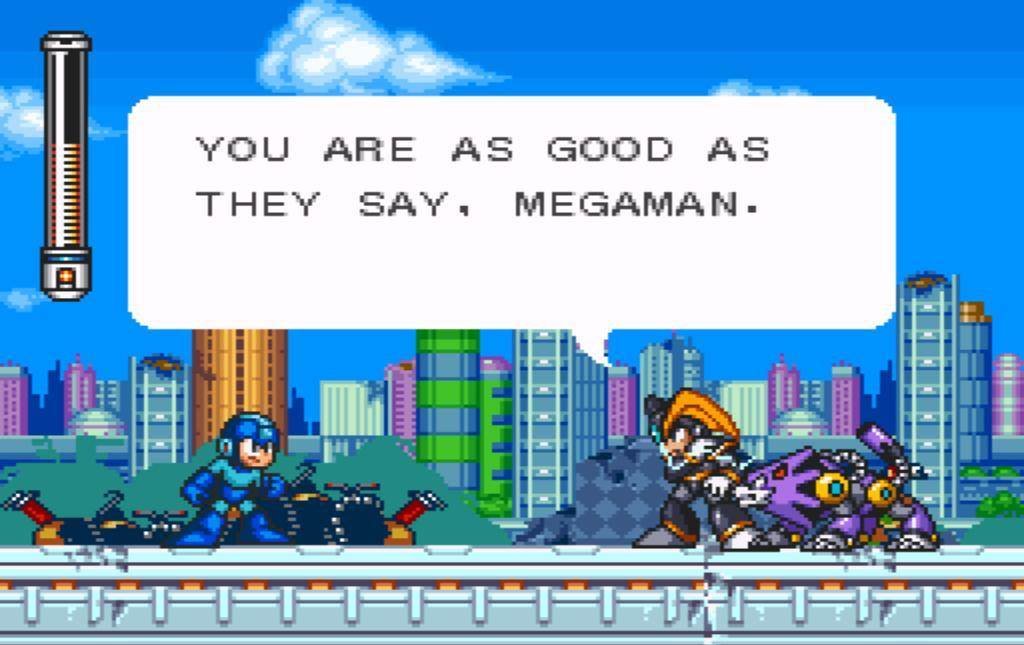 Since Platfromers are the most basic type of games, and they lack a narrative punch, RPGs aimed to fill in the more complex void. Companies such as Squaresoft wanted to expand the gaming population by expanding what was the most hardcore genre then,

While previous generations had their RPGs, the SNES RPGs were in an entirely different level. Even though they lacked the narrative we come to expect from games today, they were far beyond anything else in the scene, and the music was frankly enough to provide all the needed emotional cues.

While the Arcade influence hurt some game’s design, the Arcade was without a doubt the scene for fighting games. However, the SNES managed to imitate that scene quite well in the console space.

Obviously, the Arcade was still the “it” scene for fighters, but there were many great fighting games on the SNES as well. From the excellent Street Fighter 2, to the blood-less Mortal Kombat. The success of Fighting games on the SNES was a predictor for the death of Arcades in the US, as their most dominate genre managed to find acceptance in the console space.

In the IGN list, there were at least 30 Unique publishers, but these three were the ones that were clearly dominating. Two developers that narrowly missed, but deserve an honorable mention are Enix, and Konami. 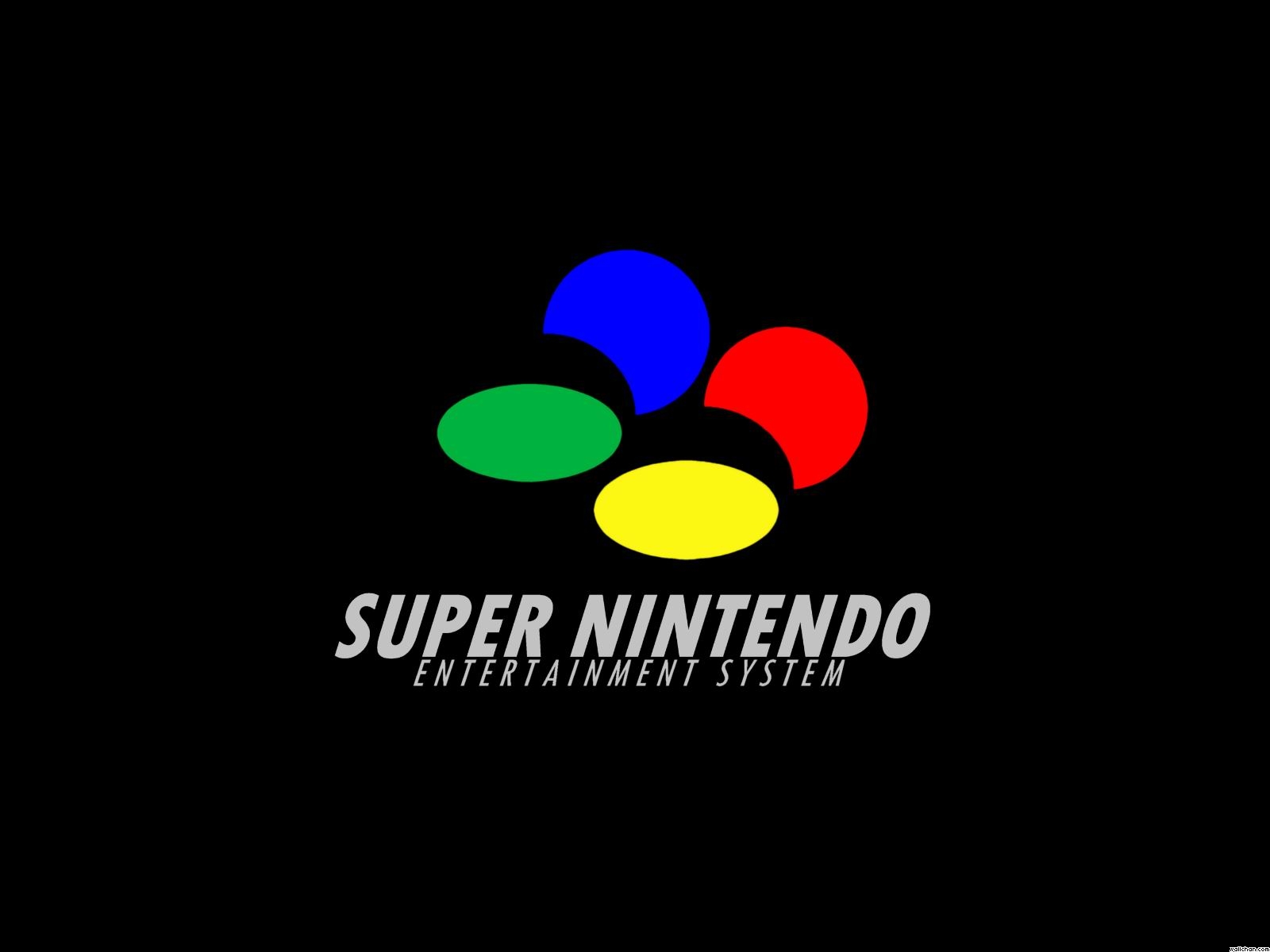 Remember this Logo, it looks like two Pac Mans trying to eat lemons

Spoiler alert; in every Nintendo released platform, Nintendo will undoubtedly be the top publisher in that system. With both quantity titles, and quality titles, Nintendo manages to make great games.

Yet, Nintendo, despite common opinion, do not simply rest on their successes. In fact, they change genres, styles, and gaming ideas more than any other company on the SNES.

From Nintendo alone, you can fill a decent top 20 list that would do justice to the SNES by itself.

This was the beginning of the Squaresoft golden age, and every game they touched was pure critical gold. While they don’t have as many titles as other major publishers, Squaresoft focused on getting quality RPGs on the hands of players.

In fact, the RPG genre is synced with Squaresoft’s name, so much that Nintendo asked for their help in making a Super Mario RPG. 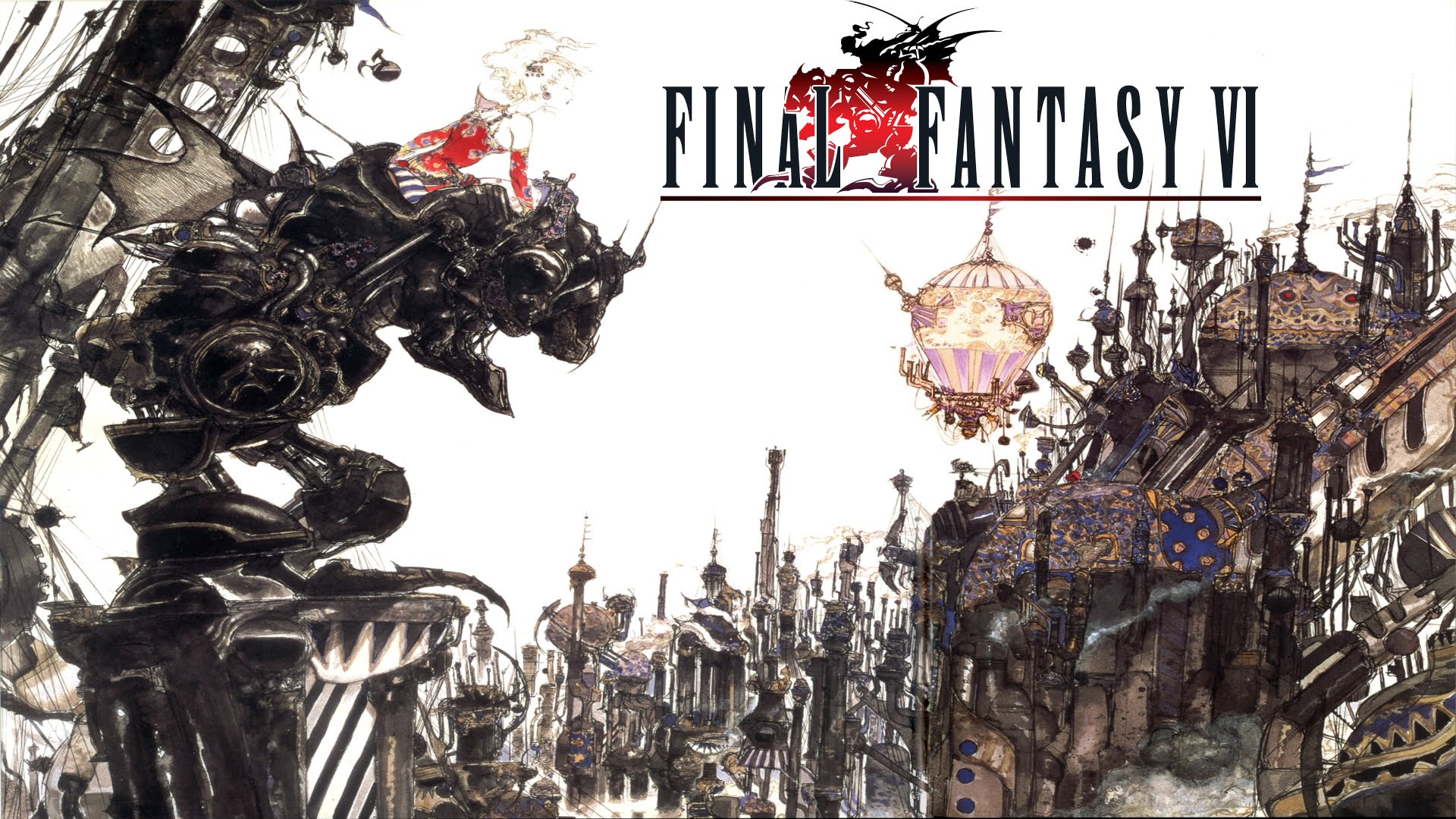 Why don't they remake this game

Capcom’s excellence can be attributed to their understanding of the console’s strengths. With a major title in each top genre, Capcom provided something good for every kind of player.

However, Capcom’s greatest success story in the SNES must be Street Fighter II. Even though the console space was not the best for fighters, it can be said that Capcom is the most responsible for digging a huge niche for it to flourish in the coming generations.

The SNES will always have a special place in my heart, memories of my first gaming days are intertwined with memories of the gray console itself. To this day, I remember the precautions I and my cousins ha in place to protect the fat Power cube from falling down and breaking up.

Today, its greatest games still hold up really well, and are fun to play. It had a lot of variety, and its games aged really well because they relied on solid mechanics and graphics.

While it had its flaws, the SNES truly is a great console with a lot of great games.

#SNESCommunityReviews
Login to vote this up!