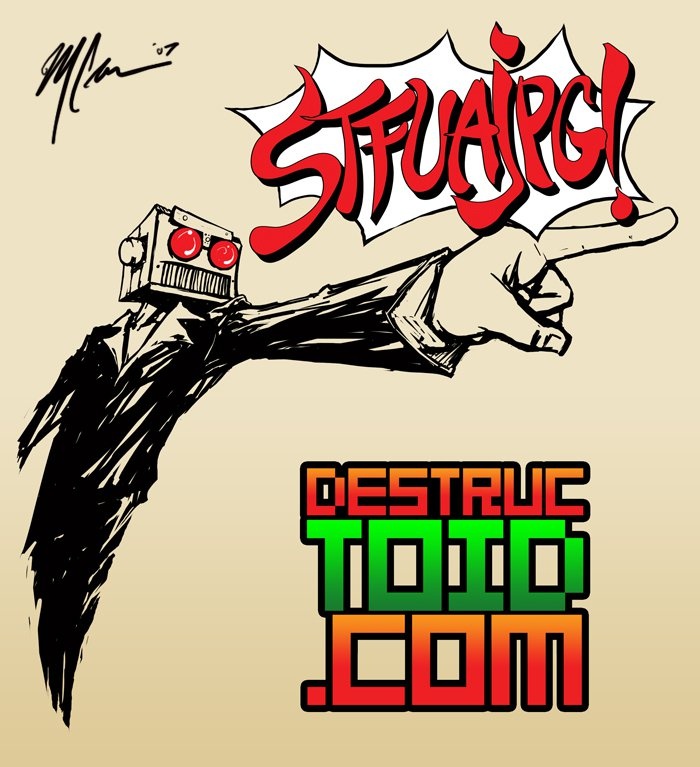 Superbeat Xonic Review: ANOTHER Great Rhythm Title for the Vita

The much maligned Vita is somewhat of a hotbed for rhythm game enthusiasts. From the Hatsune Miku franchise and Japanese-only releases like Taiko no Tatsujin and IA/VT Colorful to Pentavision's masterful DJMAX Technika Tune, if you like your music titles Sony's handheld has you covered. From the ashes of the now defunct Pentavision comes Superbeat Xonic, a game put together by former employees of the Korean company under the new moniker of Nurijoy.

Although essentially developed by the exact same people, Xonic is a bit of a departure from DJMAX TT. Whereas in Technika Tune the screen was split in two with the note indicator alternating from left to right and right to left, in Xonic we have a circular design where the notes shoot outwards from the centre of the screen. Additionally, Technika Tune was a touchscreen-only affair whereas Xonic allows the user to choose between that and an analogue input scheme - in later songs, however, where the challenge ramps up drastically, you are pretty much forced to use the face buttons unless you are some double-jointed contortionist with incredibly flexible fingers!

Once you get past the aesthetic changes the core mechanics are similar to other rhythm games in that you tap the screen or buttons in time with the chosen background song. The usual hold notes are also present, as well as scratch and swipe notes which require the player to either drag their finger with the line on-screen or push the analogue sticks up and down to follow the tracks and, in the highest difficulty, the L and R buttons are incorporated (another reason to prioritise mastering button prompts over touchscreen).

Whereas DJMAX had a comprehensive accuracy scale that ranged from 10% to 100% the developers have decided on a much simpler approach this time round. We have only three ratings in Xonic: Superbeat, Good and Break. This restricts the huge swing in scores we saw in DJMAX TT and, although I preferred the more comprehensive scope implemented in the earlier title, I'm not sure how well it would have worked in this game owing to the speed of some of the notes and the frequency in which they appear on-screen. Perhaps this is why it was left out for a more basic scoring method.

The track selection, like DJMAX TT, is extremely varied. There are examples from pretty much every genre from the expected K-Pop and J-Pop to nu-metal (although this song is easily the most cringeworthy in the entire game), gabba, rave, classical remixes and some from genres I'd not even heard of before this game! Although none of the songs are directly recycled, if you've played DJMAX TT some of the tracks might sound a little familiar (Crazy really, really sounds like Hanz Up - I'm pretty sure they're by the same artist, actually) but this isn't necessarily a bad thing if you liked the previous game's tracklist. There is again a large number of songs to choose from, with some being better than others and, even though the quality isn't as high, in my opinion, as DJMAX, there are still a lot of memorable tunes to discover here.

As with the DJMAX TT, the presentation of the game is extremely high. The menu screen is imaginatively designed and brightly coloured and each song has it's own unique load screen image although the brilliantly produced music videos of DJMAX have been replaced by simpler, more abstract efforts similar to the laser light shows you might see in the background of a DJ set. The in-game interface is crisp and the button prompts, for the most part, are easily visible even over the top of the sometimes busy background visuals. For Nurijoy working on an obviously tighter budget than when they were Pentavision they have done a sterling job in putting out an attractive and solidly designed product and I take my hat off to them for that.

So, how difficult is the game? The answer is very. Very, very. There are three different levels to unlock: 4Trax, 6Trax and 6Trax FX. 4Trax has 4 possible tracks for the note prompts, two on each side which incorporate up and down on the d-pad, X and triangle on the face buttons and the analogue sticks. 6Trax adds a track to each side which means you will need to start using the left d-pad button and O. 6Trax FX goes one further, adding the L and R shoulder to the mix and, as already mentioned, pretty much forces touchscreen players to adapt to using the button interface instead.

Even in 'easy' mode the game is very challenging - the extreme patterns of some songs, even in 4Trax, will turn some players off immediately. That's not to say the game is unfair as, with practice, you can master the majority of the tracks. Some, however, even for me as a seasoned rhythm game player, are close to impossible to follow effectively even with the game speed lowered and the unlockable beneficial buffs equipped. The difficulty is exacerbated further in 6Trax FX as the five different coloured prompts (blue, green, yellow, red and purple) can be just too much, too fast for your brain to comprehend at times - personally I would have liked the option to alter the colour of the face button prompts so that they matched the Vita's colour scheme (green for triangle, red for O, light blue for X, etc) but this feature is sadly lacking. Some of the hardest songs, as well as having manic patterns, are rave and gabba which have no real discernible pattern to follow even on repeated playthroughs - this is a real bugbear of mine when it comes to rhythm games. Some even have the dreaded in-game speed change, too, which always annoys me no end. One nice addition, however, is that even if you run out of health you can still play to the end of the song which allows some scope to memorise the note patterns before trying again.

Xonic does allow for a vast amount of customisation to tweak how the game works. The speed of the notes can be altered, ranging from half speed all the way up to 5x allowing you to make the game as simple or as punishing as you should wish. Each cleared track awards EXP which levels up your profile and gradually unlocks DJ icons that can be used to boost your in game HP, prevent a certain number of chain breaks and help you preserve your fever meter (which, when active, multiplies your score greatly). In addition to this the game can be changed to either Easy, Normal or Hard mode in the settings which will affect your end score as well as how much health you recover from each note and how much health you lose for each missed note. In Easy you can miss hundreds of notes before failing a song, in Hard missing three notes means you're toast!

The game includes two other play modes. Free Play in which you can practice any song you have already cleared as well as grind your way to the infamous 99,999 chain trophy and World Tour, a new addition which confronts you with clearing challenges that are alternatively ludicrous and soul-crushingly difficult. World Tour is a nice addition although, as mentioned, some of the challenges are just stupid, for example, forcing you to intentionally miss notes to finish a song with 40+ breaks while others are just brain-meltingly hard and require robot-like skill and co-ordination. Gaming sadists will garner a real kick from this mode but rhythm newcomers will find it very inaccessible indeed!

My biggest disappointment with the game is the implementation of the touchscreen controls. I would recommend avoiding them completely. As you reach the harder difficulties you'll find this input method is just not suited to good play but additionally I just don't think it is anywhere near as well implemented as it was in DJMAX TT. When I was playing around with it as I first started playing the game I often found the hold notes would break inexplicably which was very frustrating and this issue didn't really lessen even as I improved with this input method. The way the game's interface is laid out (requiring you to use the outer edges of the screen) and the speed of the notes often means that, without extreme concentration, you'll invariably end up hitting the Vita's face plate instead of the screen causing you to miss notes. The final nail in this method of play's coffin for me was the fact that the hit areas are not clearly defined and actually seem quite small, especially when playing on 6Trax mode. I found myself missing notes despite tapping in time just because the hit boxes were so tiny and I soon abandoned touchscreen for the much more responsive button mode.

Despite the often insane difficulty and touchscreen niggles I'm loving my time with Superbeat Xonic so far. If you're a rhythm aficionado and fancy a challenge I'd urge you to pick a copy of this game up as soon as you can. You'll need skill, time, co-ordination and patience in equal measure to best it and you're sure to get hours and hours of play time out of it.

Quick Cons:
Extreme difficulty will put some people off
The many varied note prompts can be hard to follow, especially in the hardest song patterns
Touchscreen controls sorely lacking when compared to DJMAX TT
Some ludicrous mission requirements in World Tour mode
Hard to differentiate between regular and half notes at slower song speeds