Enjoy a special Halloween episode of the Error Machine Podcast Greetings friends, it's your favorite beard here, TheDustinThomas. I trust the day is finding you well. Anyway, just wanted to drop in as I do every so often to check in and let you guys know that I'm still hustlin'. So, some interesting things have happened since you last heard from me. Well, one thing, actually. I'm returning to wrestling!!! Kind of. The company I spent 8 years wrestling for is having their 20th anniversary show at the end of November, and they've asked me to take part in their "Legends Battle Royal." While I don't really care much for being referred to a legend in any aspect, I mainly agreed to do it as a way to see old friends and to put a happy ending on a chapter of my life that was never finished (things ended rather poorly with this particular company when I decided to leave).

But I mainly wanted to drop in and let you know that we recently recorded a special Halloween episode of the Error Machine Podcast. It seems as though Castlevania is one of those series that I wind up writing and talking about all the time, much like the Resident Evil and Metal Gear franchises. But the one game in the series that I always harken back to is Castlevania: Symphony of the Night. 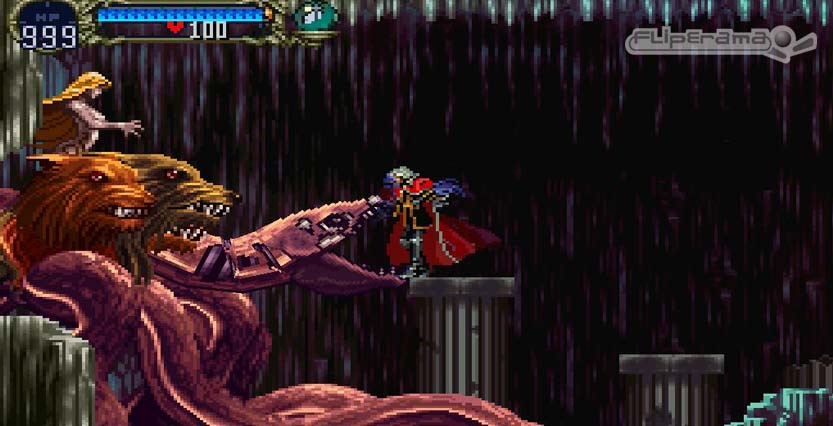 The game is easily in my top 5 of all time, and my co-host, Luke, is in the same boat. So we decided to break the game down and spend a little over an hour talking about everything from the game's direct prequel, Rondo of Blood, the tone, the soundtrack, the combat, the beastiary, the secrets, the little touches that most people don't even think about, the RPG elements, and everything else that makes it an all-time classic. It's kind of like listening to an episode of Retronauts, except you don't have to hear Bob Mackey's stupid voice, and instead can listen to my stupid voice, which isn't nearly as nasally or annoying. So give it a listen and enjoy!

Anywho, since I've gone on hiatus, I got promoted at work, and my wife and I have been putting a ton of time and effort into our youth ministry, which is why you haven't seen me around very much. I'm writing this blog on one of my very rare days off. As soon as I post it I'm going to be playing of Metal Gear Online, assuming I can actually get it to work. You guys should totally play with me, I'm on the PS4 under the name TheDust34.

I've missed you guys, but my schedule usually lightens up at the church around Christmas time, so you should see me around a little more often.

Don't call it a comeback...yet.

#castlevaniasymphonyofthenightPodcastsRetro
Login to vote this up!