A Look at Video Game Ads of the Past: Game Boy Advance (Part Two)

Howdy folks and welcome back to another round of print video games ads for the Game Boy Advance. The last entry focused on third-party games as well as contests and system ads. For this entry, we are delving into first-party games for the GBA across the system’s lifespan. During the GBA era especially, it felt like Nintendo took a standardized approach to its ads, centering them around the slogans or taglines at the time. One tagline, ‘Who are you?’, was also used for ads on the GameCube, creating a uniform style that was also uniquely catered to each game and visually appealing. Without further ado, let’s jump right in. 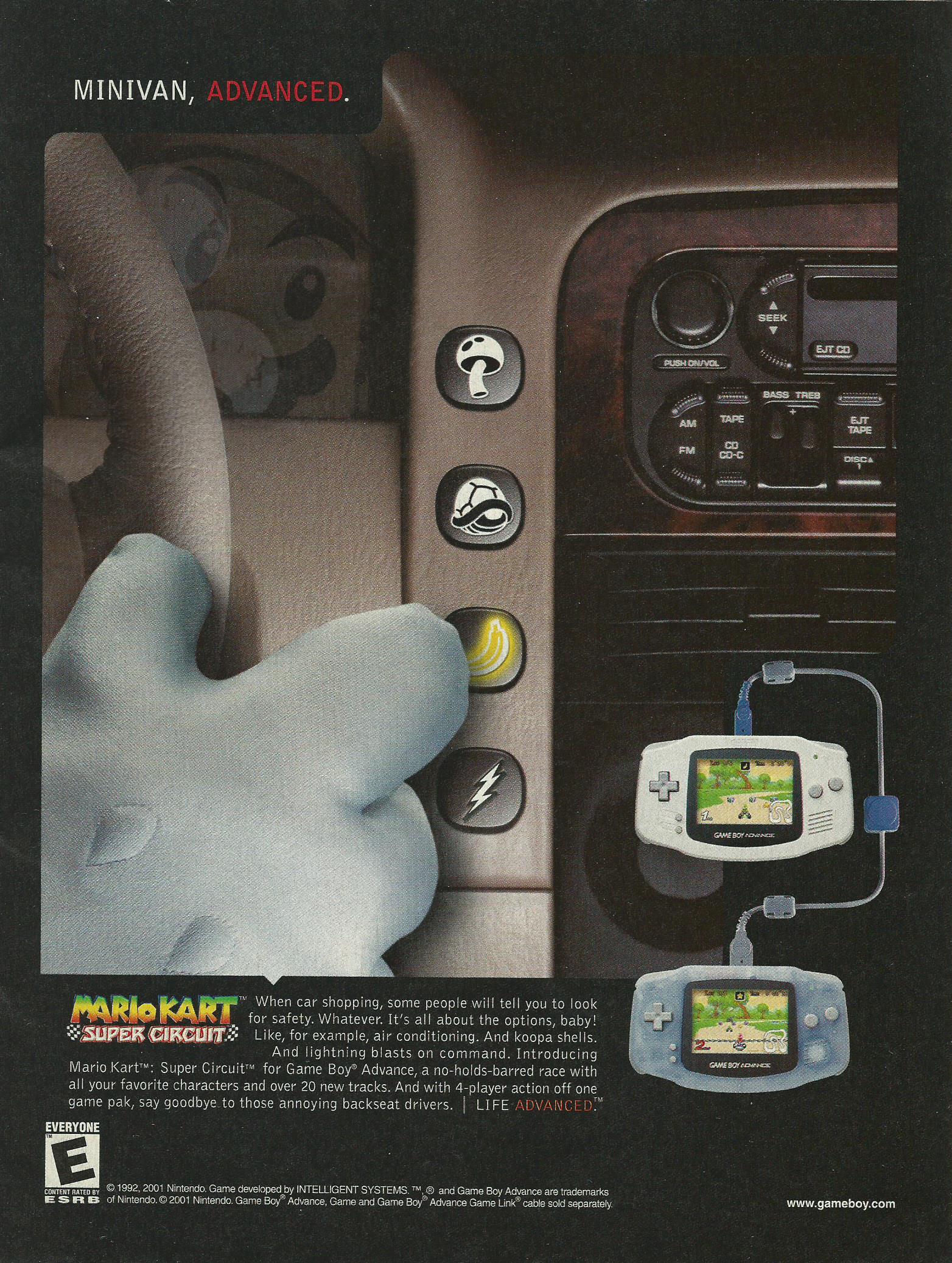 One of the first taglines for the Game Boy Advance was "Life, Advanced." These ads typically featured everyday areas of life, but with a video game twist. I feel bad that I just noticed Mario's reflection in the top left corner after all this time. 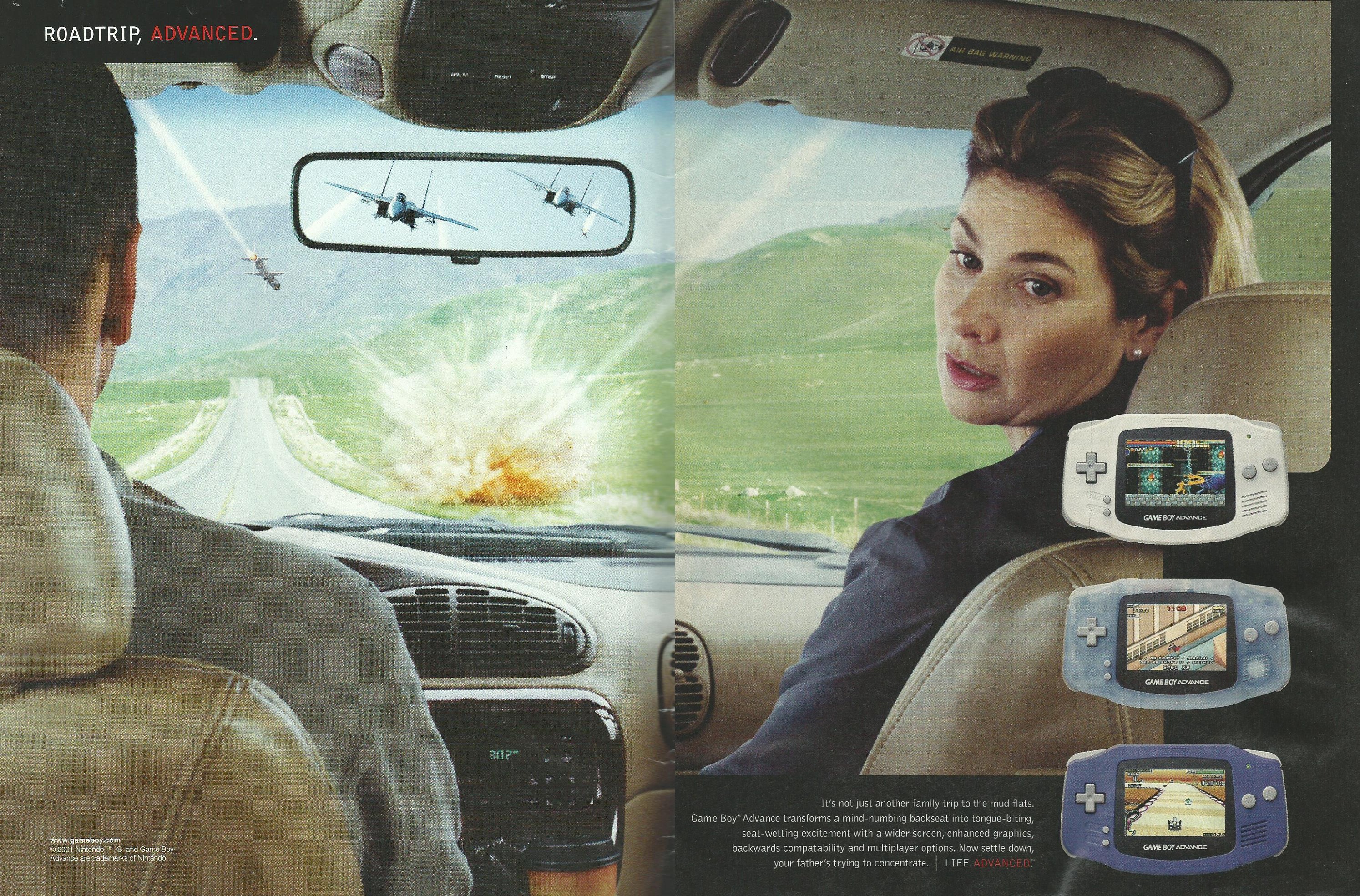 "Just play your little Nintendo, Timmy. Daddy's about to go Fast and Furious." 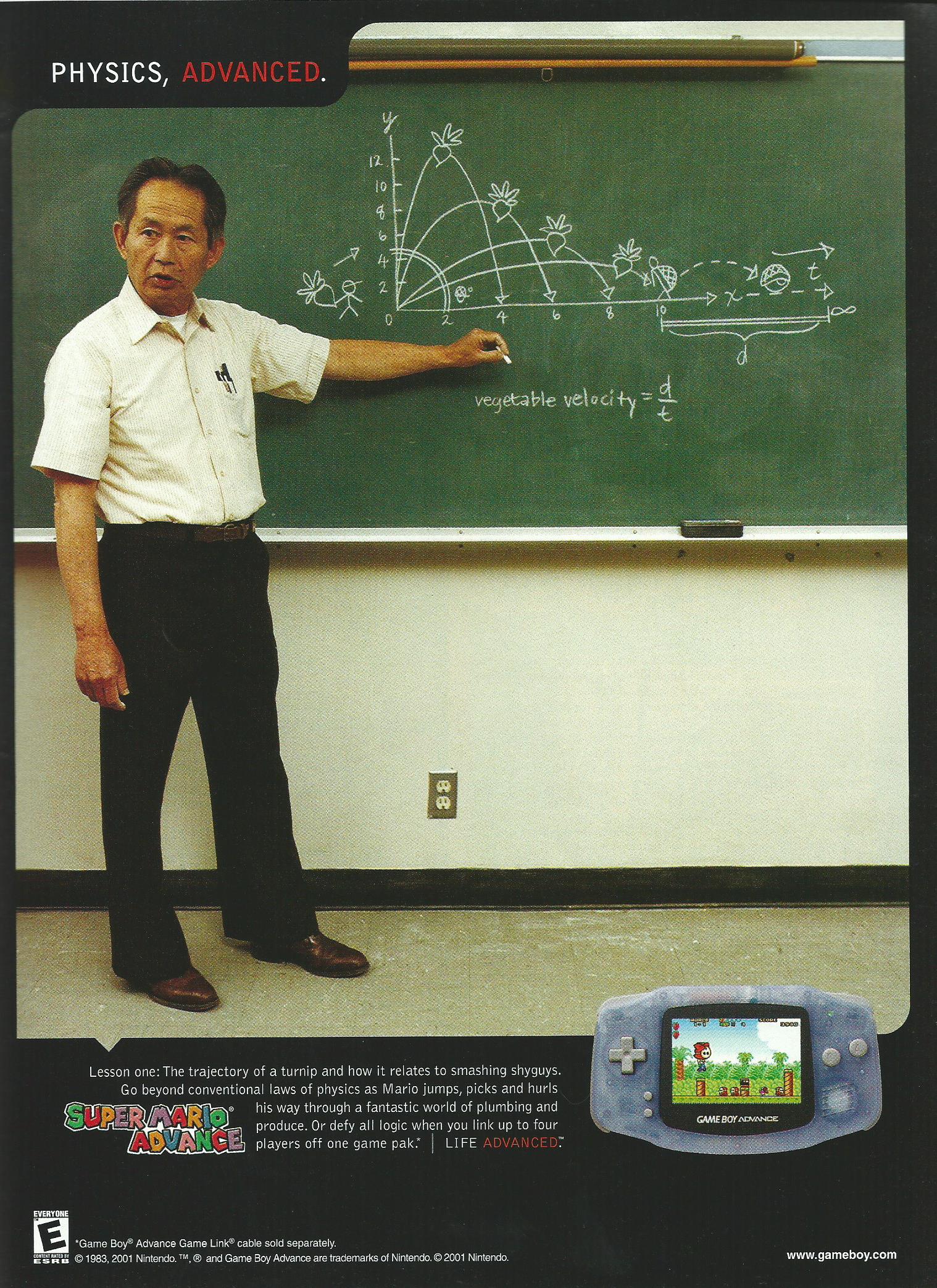 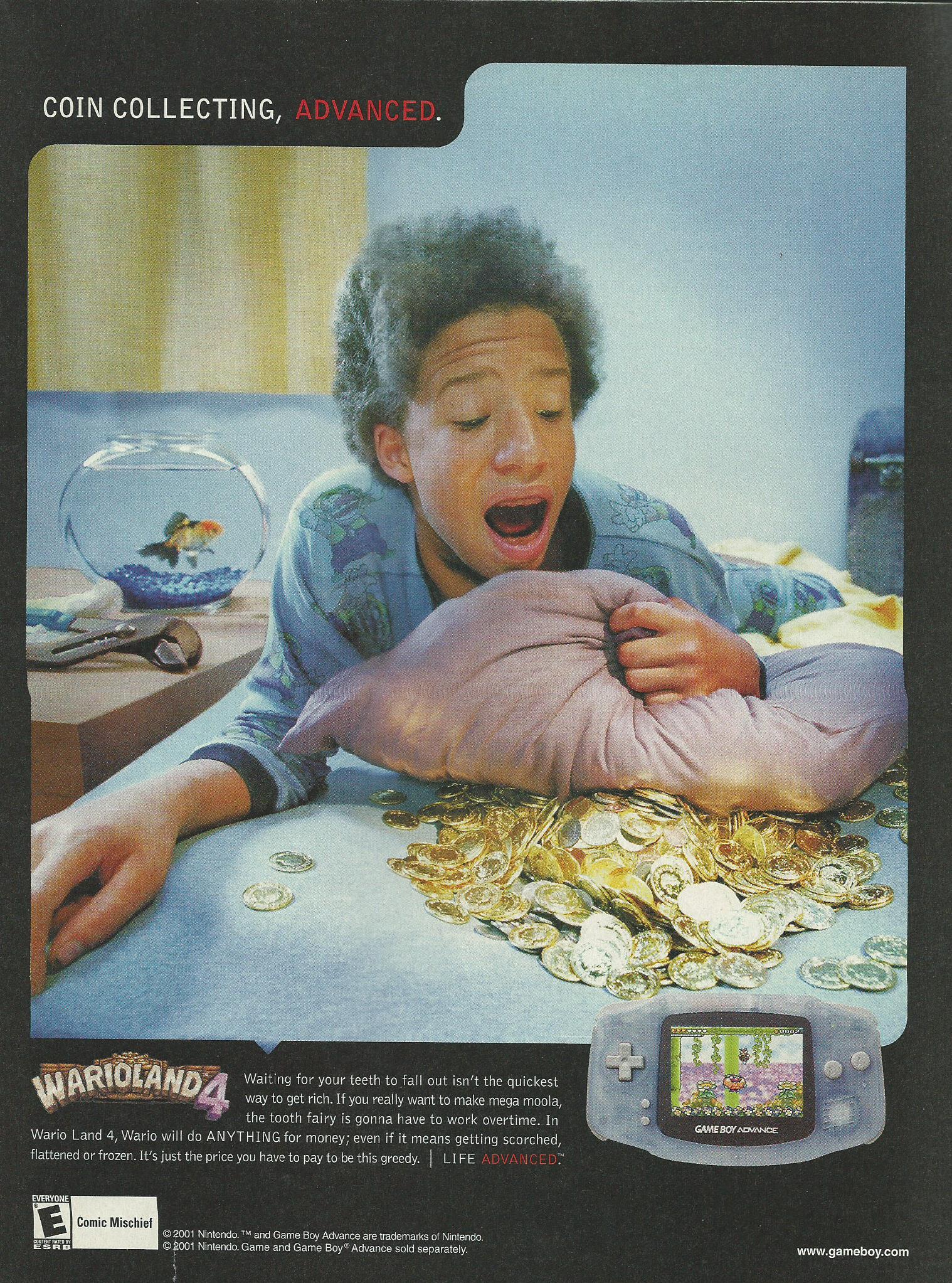 The one thing I've learned from Wario game ads is that you don't play Wario games, or bad things will happen. Like what happened to our newly rich friend here. I mean, obviously he's superhuman if he can extract all of his teeth by himself without the aid of anesthesia, but he's the rich one here, so I guess I can't say anything. Don't play Wario, kids. 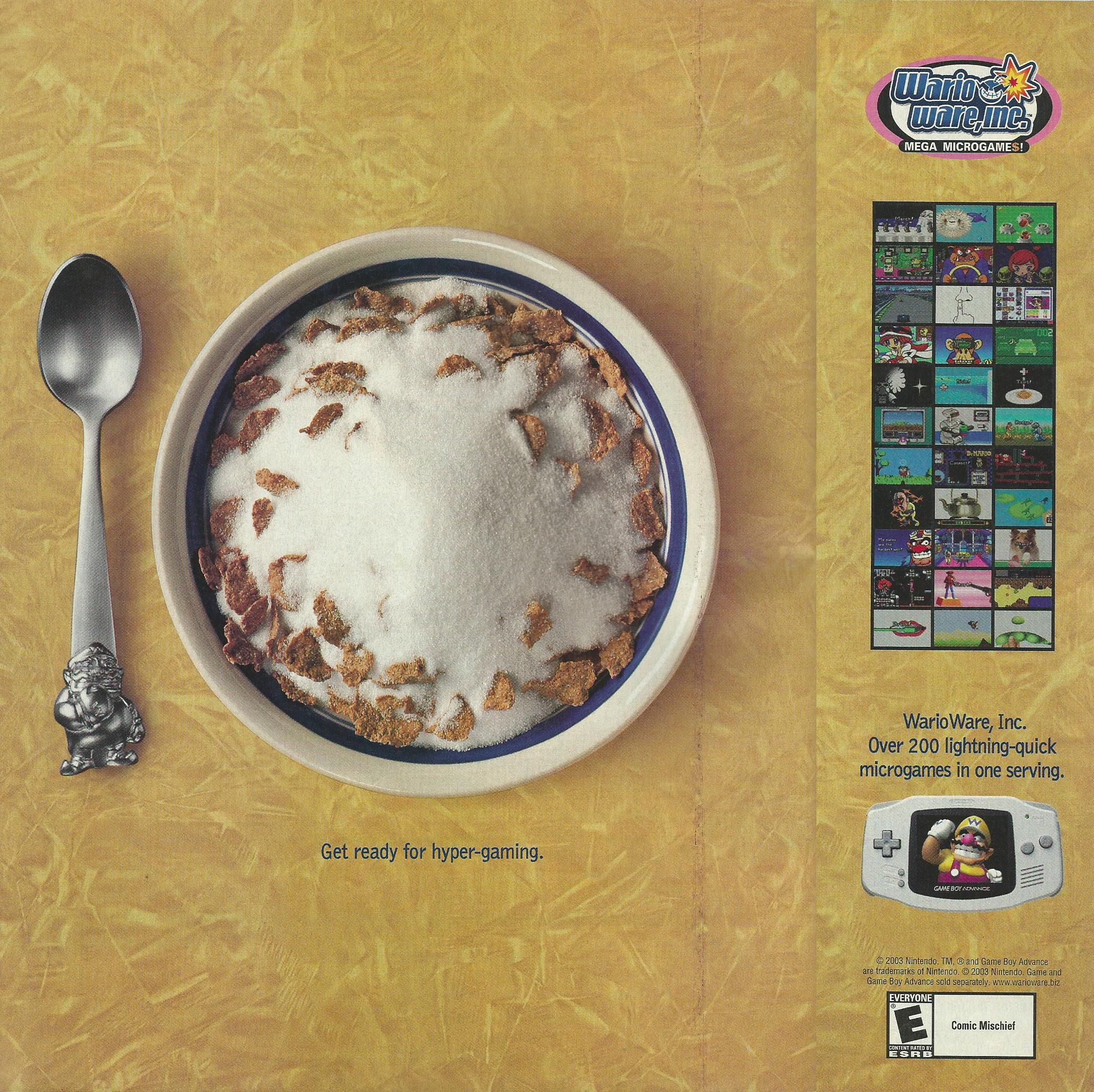 Up next on the road to perdition, we have more Wario. I guess if the kid in the last ad didn't pull his own teeth, they'd rot out from this diet. But really, I like this ad. WarioWare is one of my favorite games for the GBA and this captures the essence of the microgames perfectly. 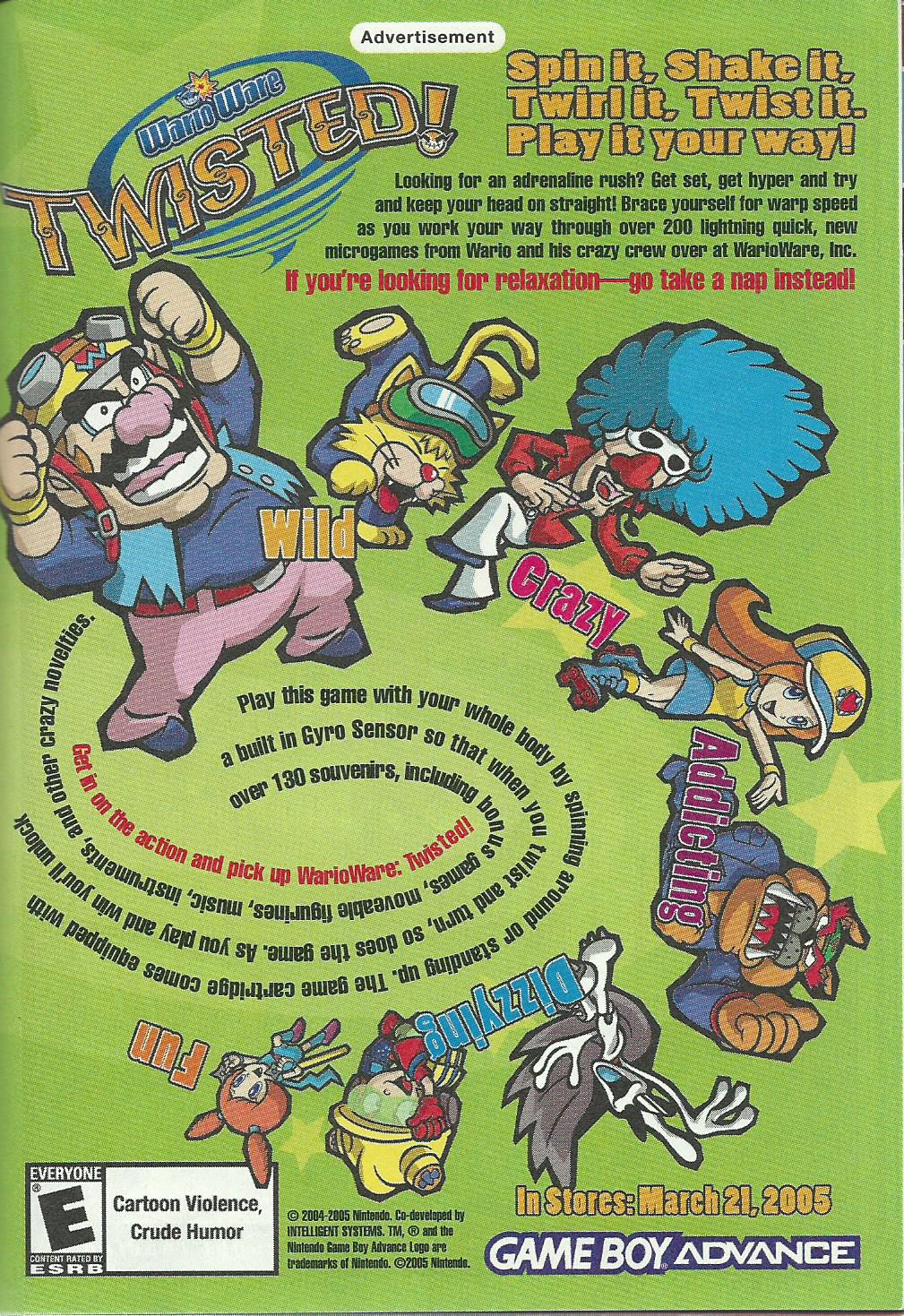 The Wario lifestyle is a downward spiral. 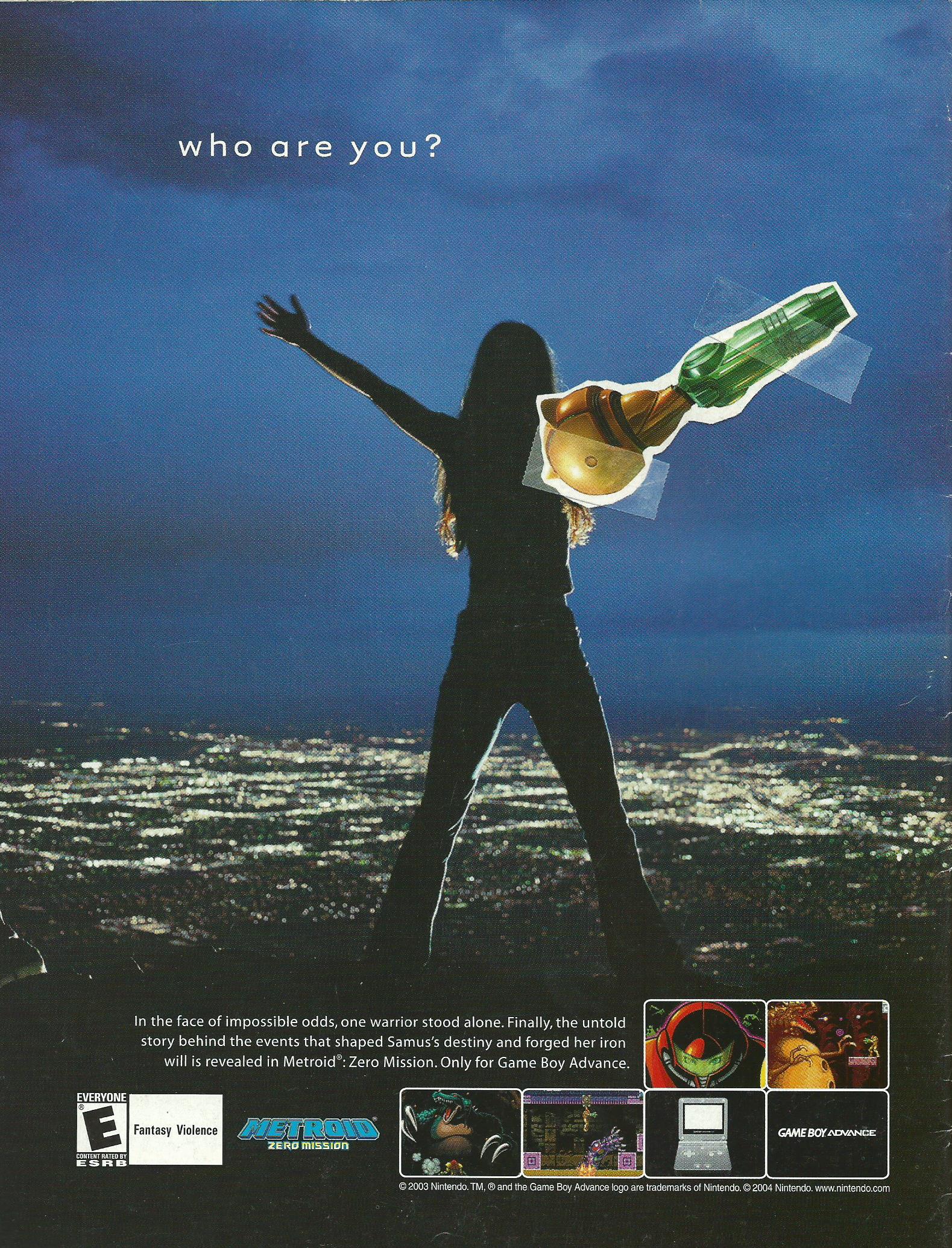 Early 'Who are you?' ads showcased real world scenarios with parts of video games literally taped on. 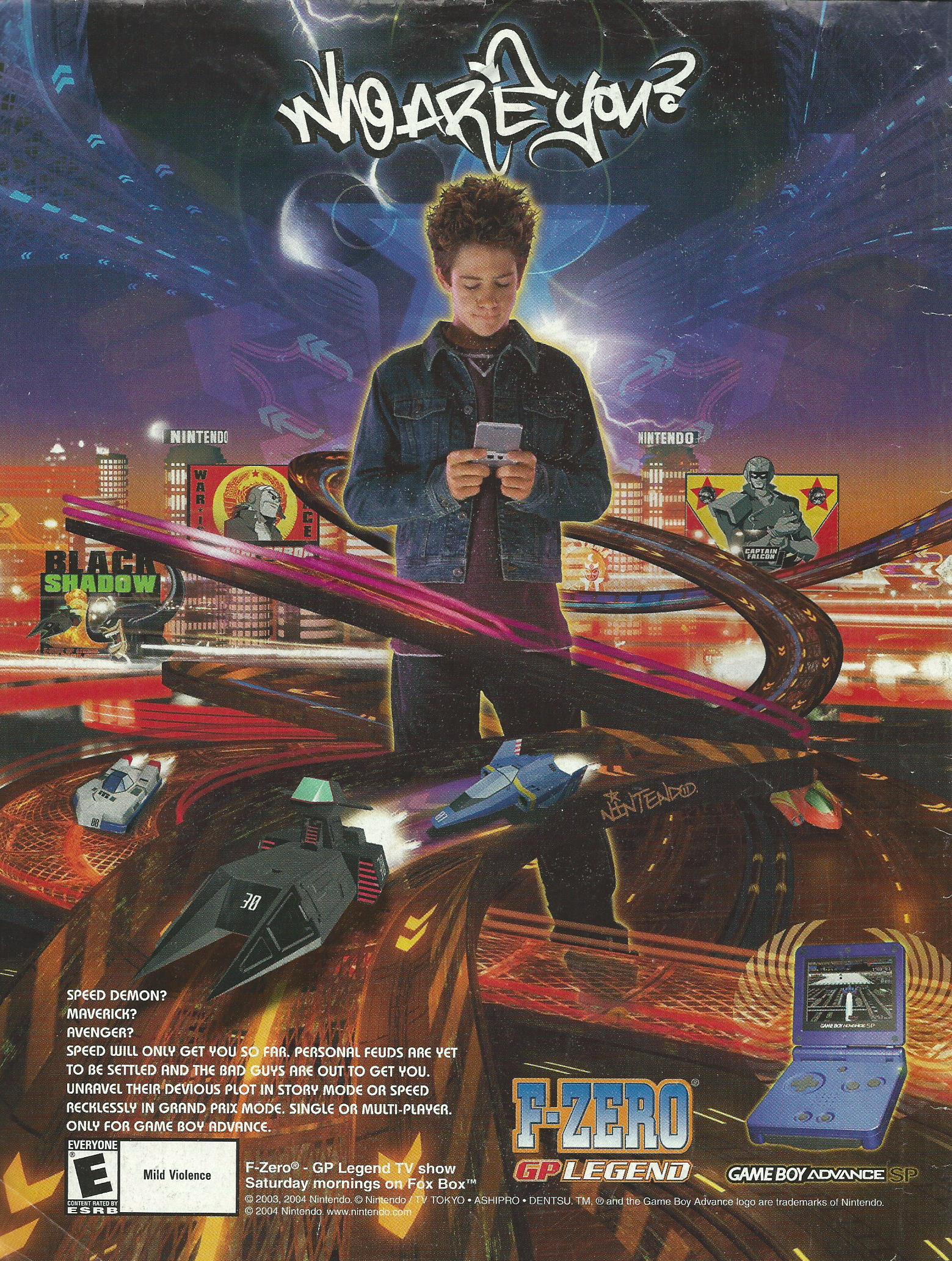 Once the SP was released, 'Who are you?' ads featured more of a blend of real world and video games. I really like this series of ads because, though they all followed the same formula, they each had a flair unique to the game advertised. The ads had three dimensional depth and it felt like you were stepping into the game. 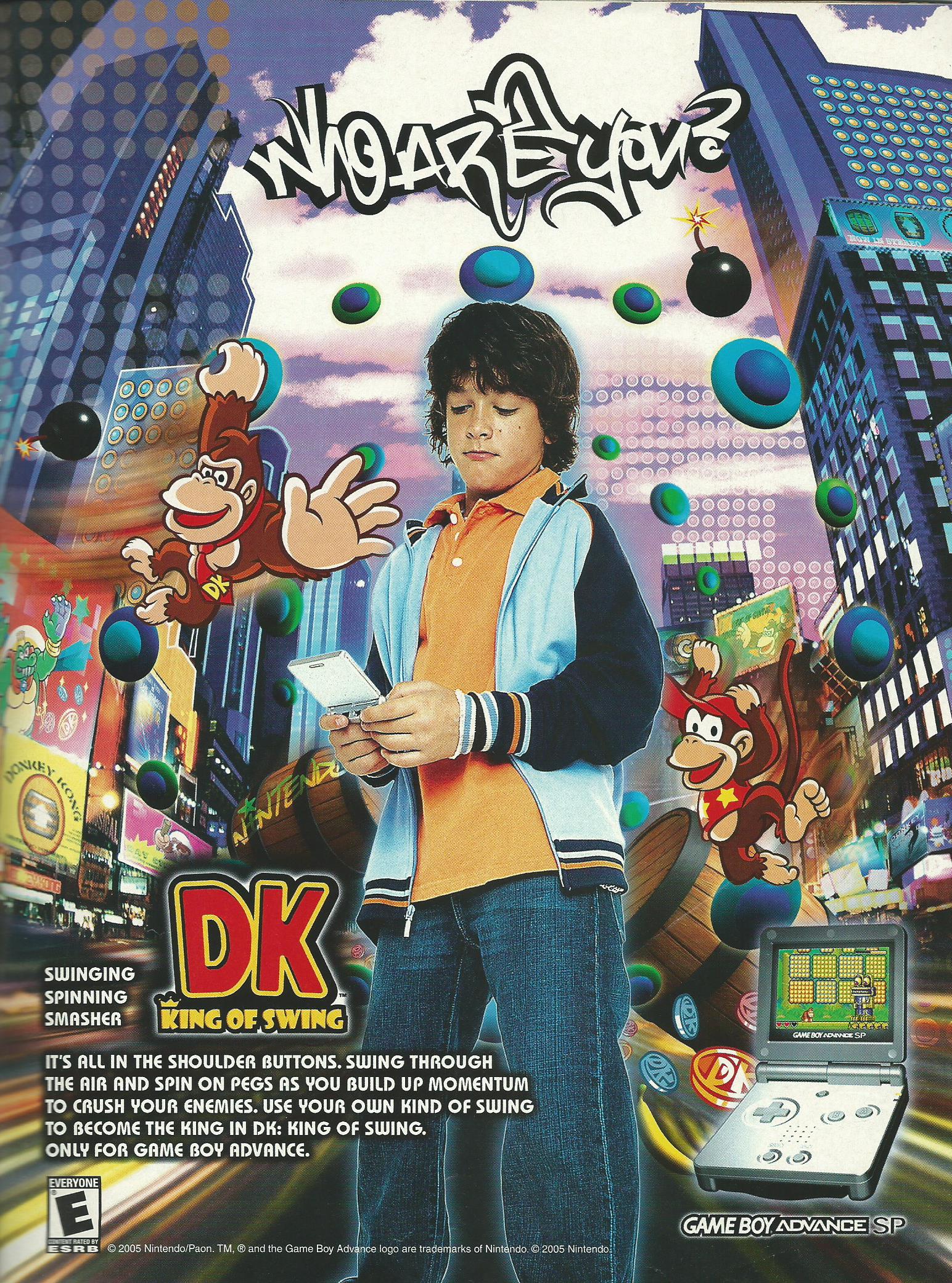 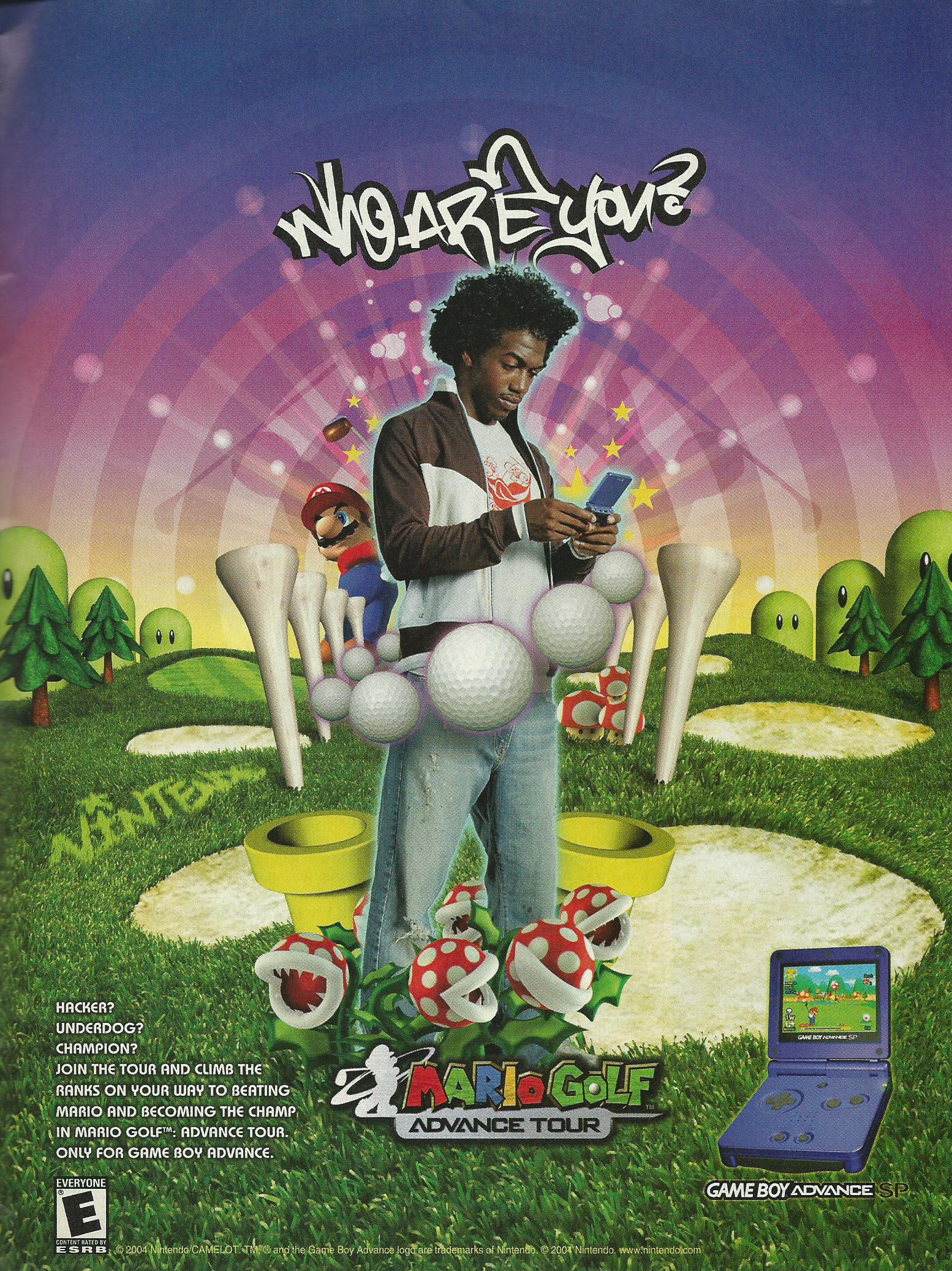 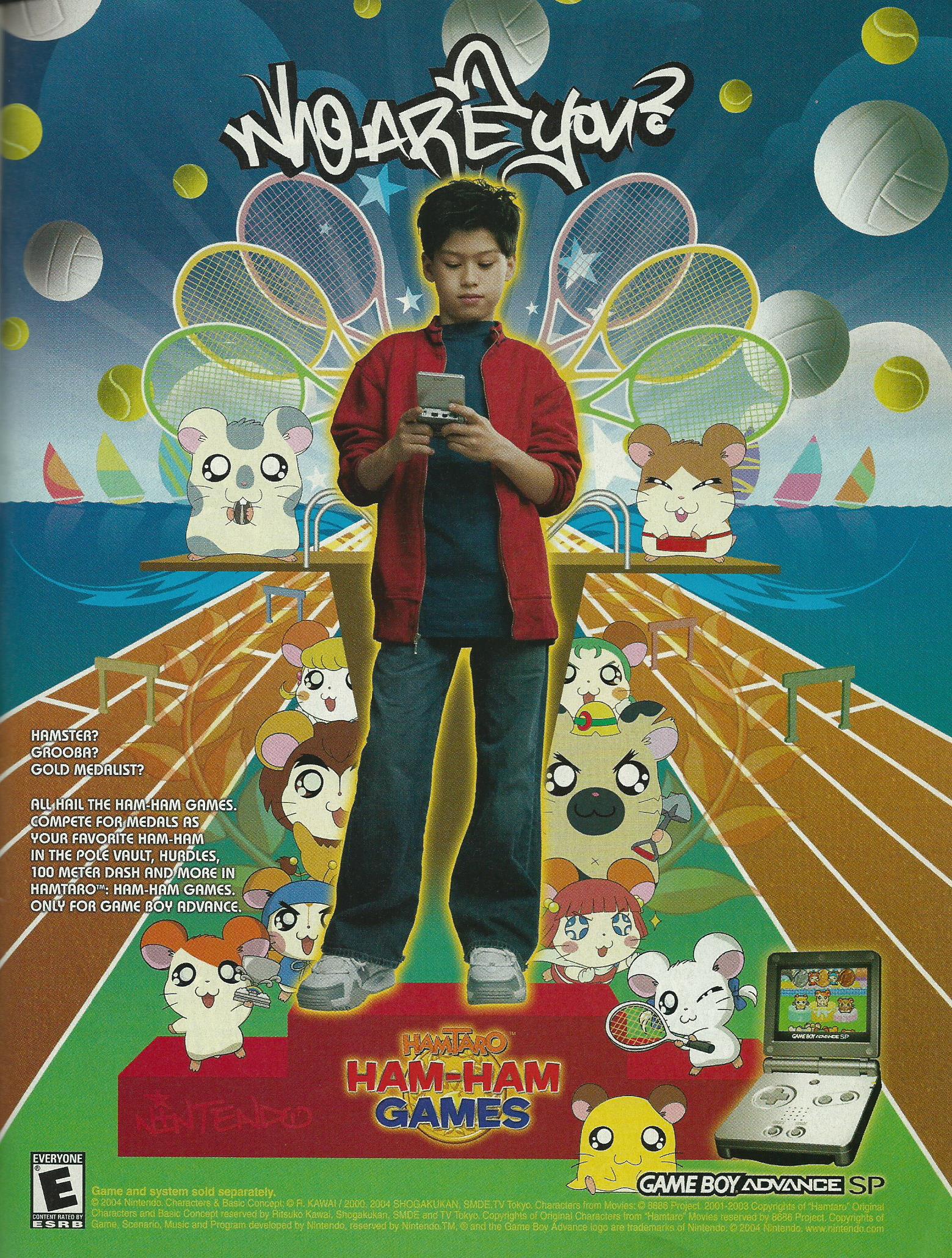 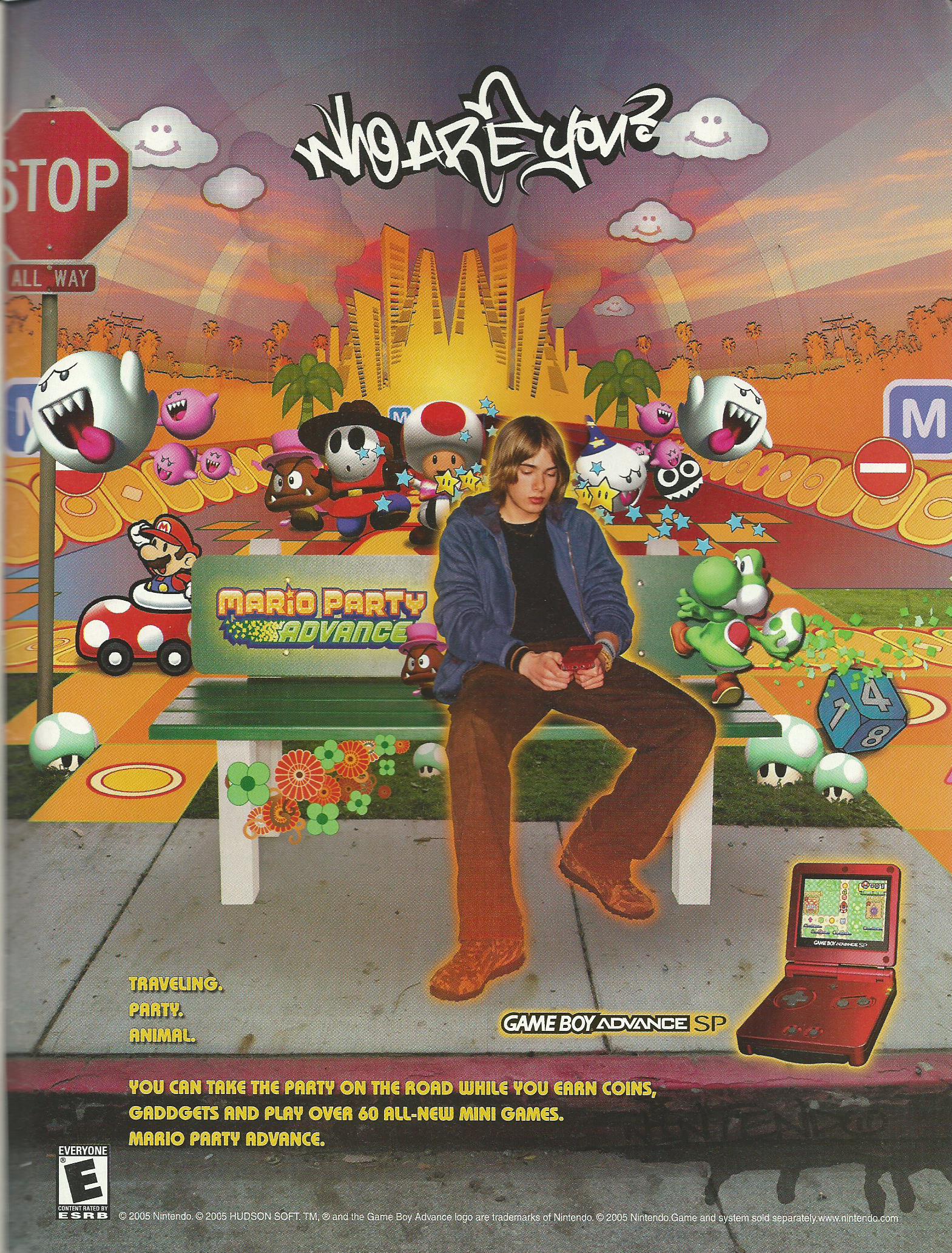 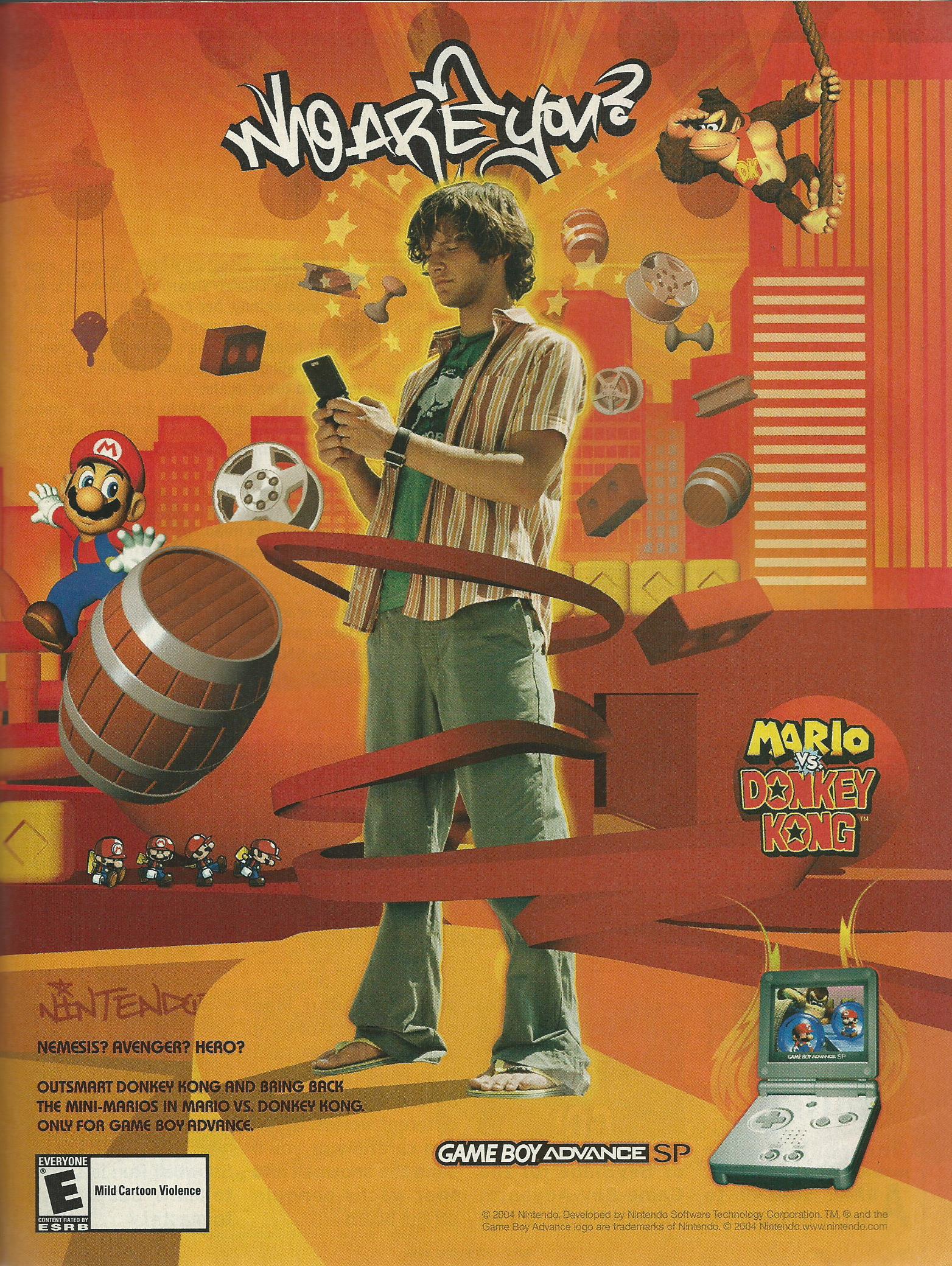 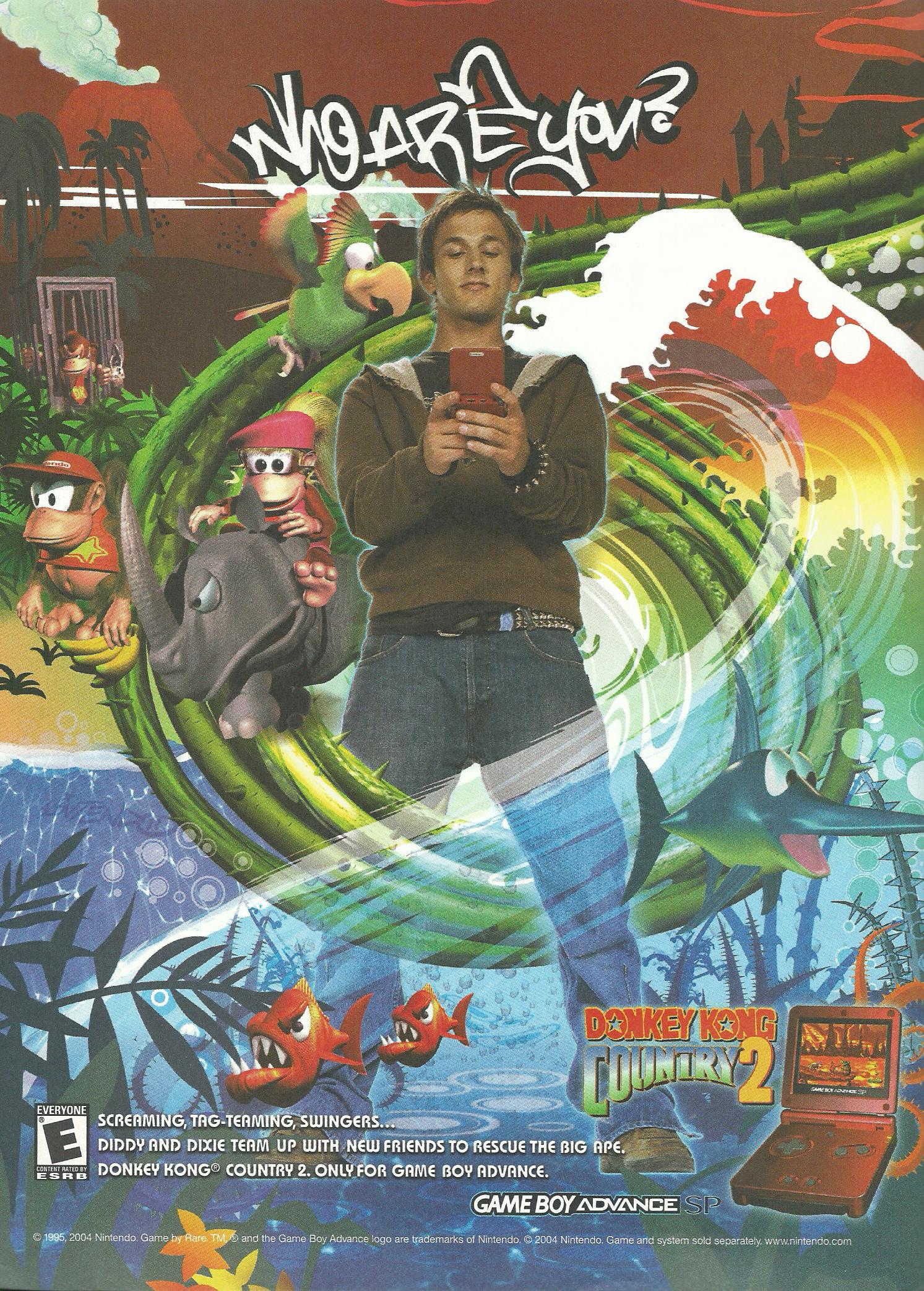 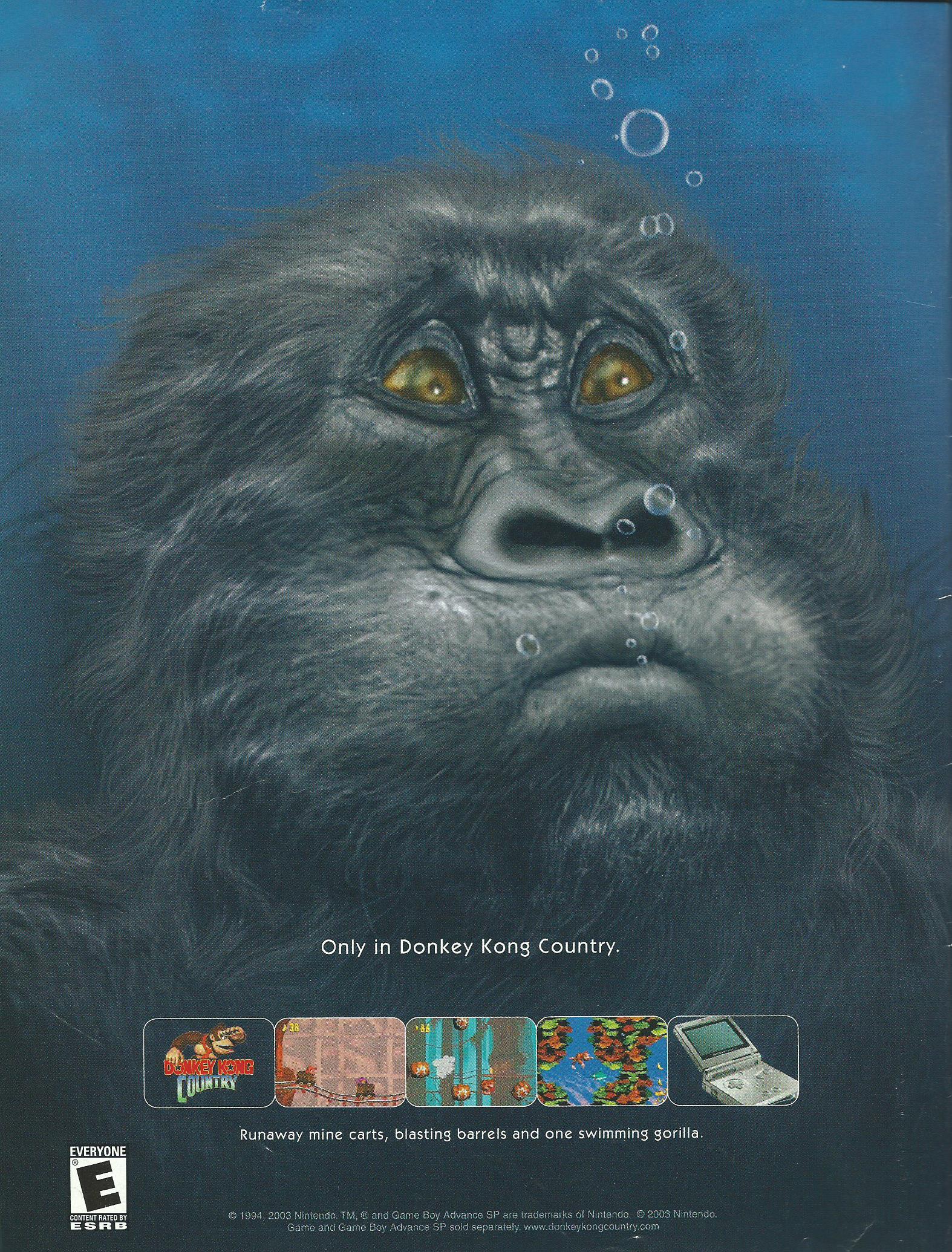 Is this how DK feels when he swims underwater? He thinks he's going to drown and doesn't know that he can breathe underwater? That's distressing. 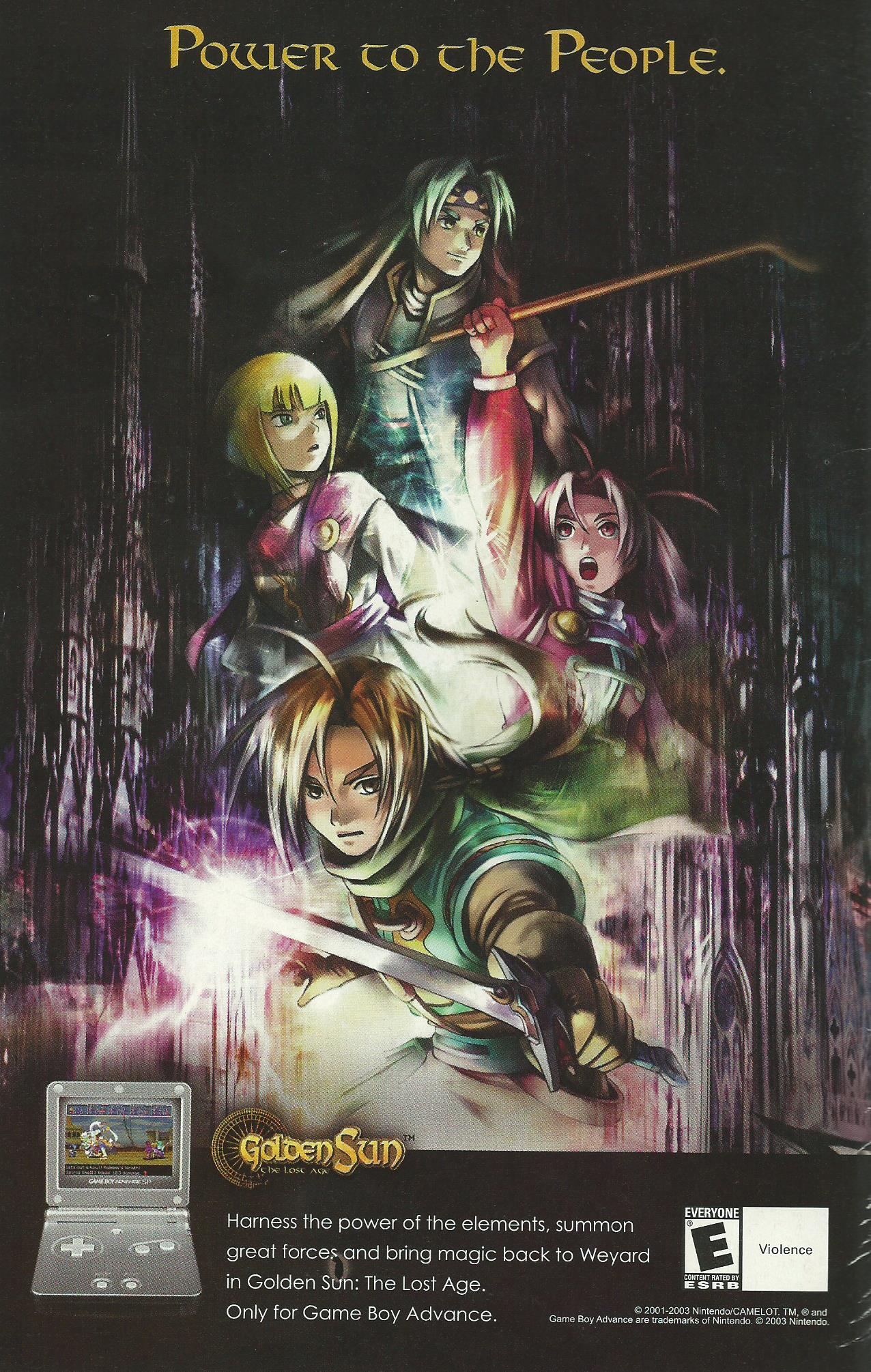 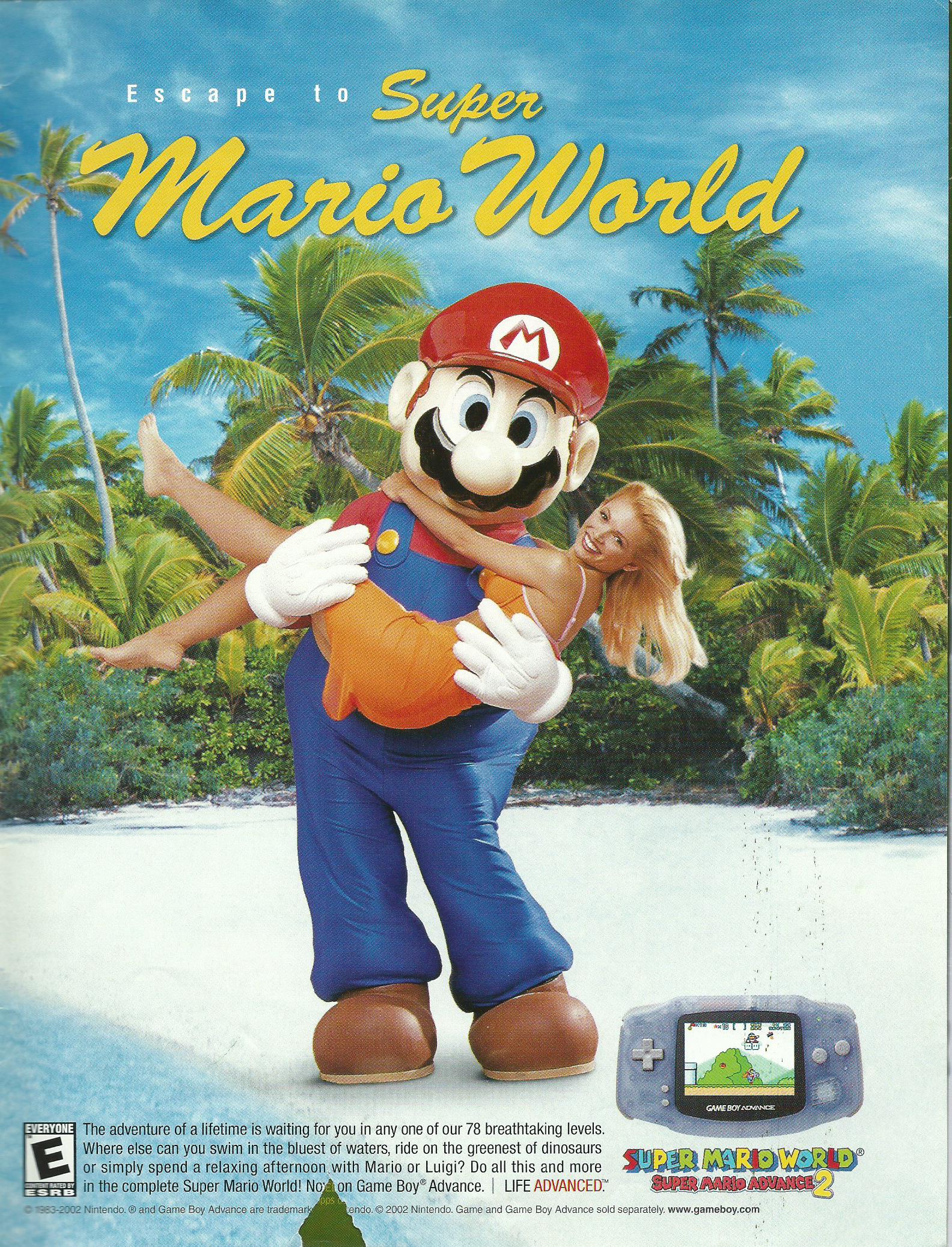 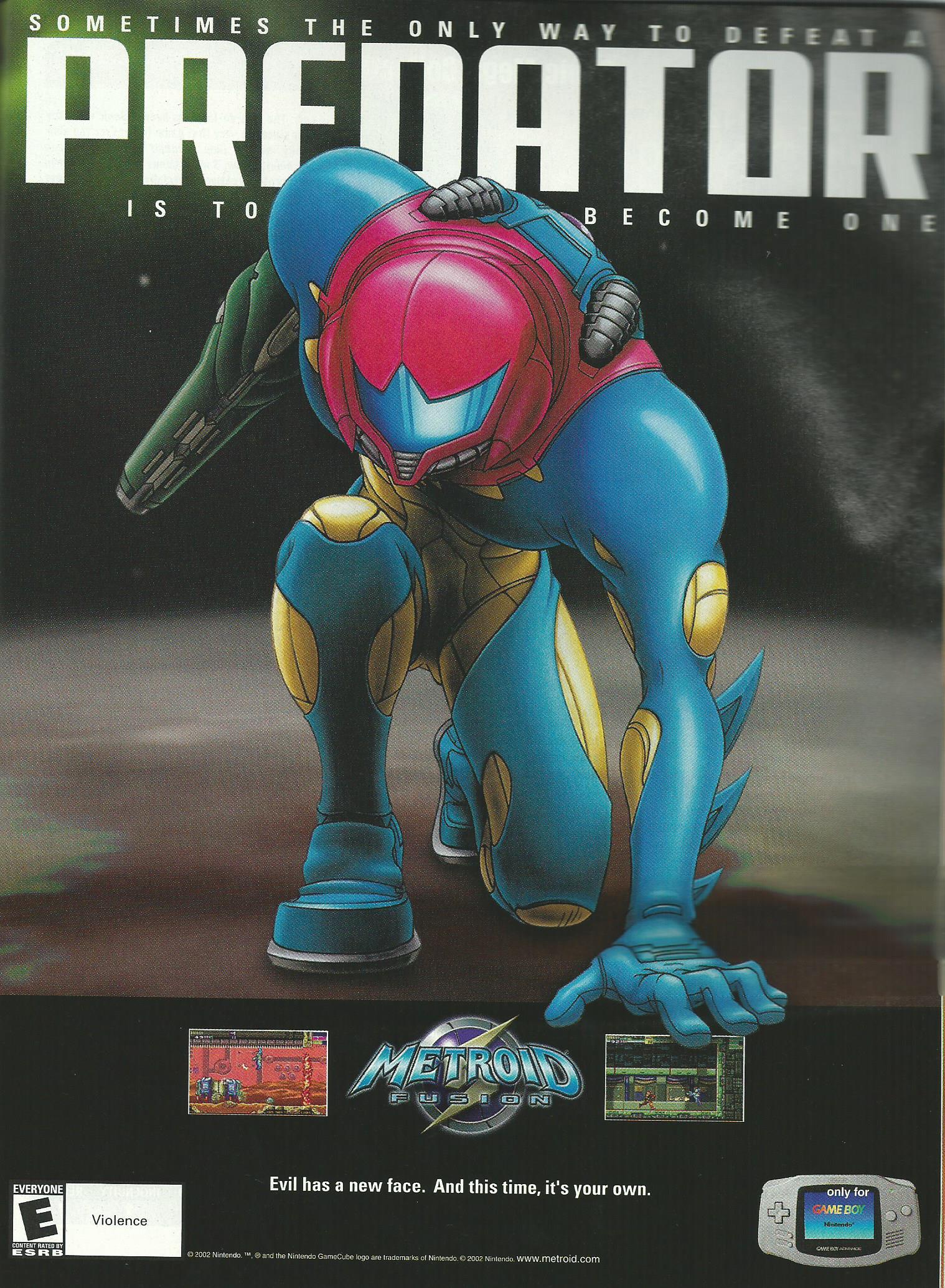 It bothers me more than it should that the 'only for' in 'only for Game Boy' at the bottom right of the page isn't centered.

#VideoGameAds
Login to vote this up!