There’s a moment during the first few hours of Deadly Premonition that has always stuck with me.

After a particularly long day, Special Agent Francis York Morgan rises at the crack of dawn in the Great Deer Yard Hotel. He’s ready to work, what with the lingering murder of Anna Graham hanging over the sleepy town of Greenvale. But like any self-respecting agent of justice, York needs his coffee before properly starting the day.

The player guides York through the large but conspicuously empty hotel, past vending machines and grainy wall textures, and enters the kitchen and dining area. There he is greeted by the delightfully chipper Polly Oxford, the elderly proprietor/cook/shopkeep of the entire hotel.

York and Polly have a short exchange before the scene fades to black. After the cut, Deadly Premonition’s single most important exchange takes place. 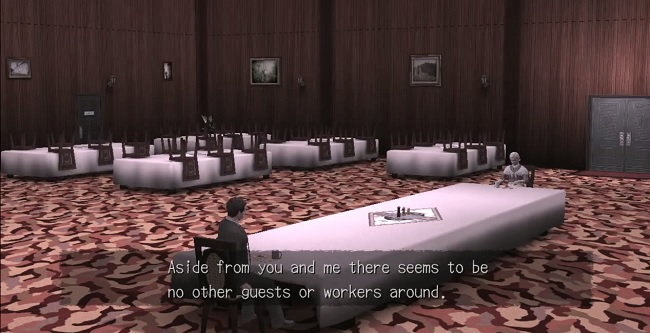 Seated at a comically large table in a cavernous and empty dining room are York and Polly. They are at opposite ends of the table, attempting to have a conversation. It’s during this exchange that York and Polly interact in a way so goofy that it’s nothing short of endearing.

York’s simple questions are fall deaf on Polly’s ears, thanks to her aging body and the massive distance between them. It’s lighthearted and goofy and downright funny at parts, but it’s always played straight for the sake of a bigger laugh. The scene hits a high mark the few times that York’s attempts to ask Polly to come closer (in order to hear him better) are rebuffed as flirtatious.

In the end, York gets his coffee and has a revelatory moment. The scene lingers, but has a payoff. The player chuckles at the straight faced dialogue in a wacky scene, and Deadly Premonition moves onward.

Except for the fact that Deadly Premonition doesn’t, really, at least not in a specific sense.

The reason that this scene has always stuck with me is that it’s a conceit of sorts. During this exchange, Deadly Premonition plays its hand. The dated visuals, stilted animations, and archaic gameplay mechanics are all informed in one scene.

Deadly Premonition declares to the player that it is as campy as a video game comes. It revels in it, revealing to the player that it does not care if they “get it” or not. Deadly Premonition takes a simple conversation and crosses the dialogue wires, letting its audience know that the rest of the ride is going to be rough, and bumpy, sometimes poignant, but always campy.

Camp can be a head scratching type of term. It’s perplexing and elusive, the kind of thing that most people can cite examples of before they could ever describe it. It’s the tongue-in-cheek absurdity of everyday things as much as it is the shirtless warlord shouting expletives as he he rips out an enemy’s spine while gleefully shooting his rifle in the air.

What makes camp – in all forms of media – so important is that there’s a decidedly human element to appreciating it. From David Lynch’s Twin Peaks to the entirety of Big Trouble in Little China, the campy atmosphere clicks with people. Camp, more than a strong script or brilliant cinematography, is the special ingredient of many cult classics. 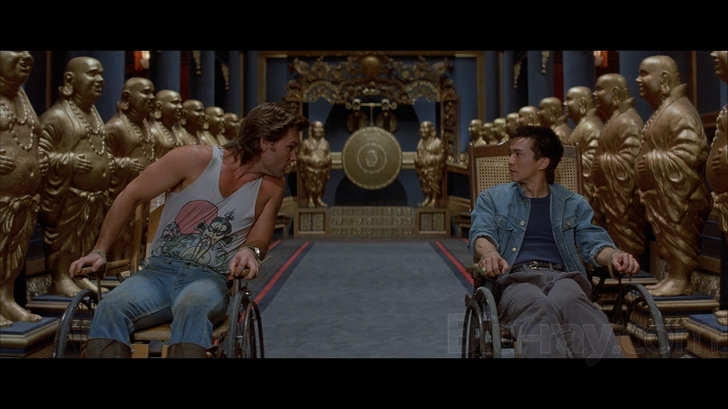 Video games have an interesting relationship with camp. Much like the scene from Deadly Premonition I mentioned above, the games that explore camp as a concept stand out. Some people love it and other people think it’s the stupidest thing this side of [something everyone agrees is stupid], but what matters most is that camp almost always stands out.

Deadly Premonition proves this, time and again, and it’s gone down in infamy for it. The atmosphere is so rich with stilted theatrics and general absurdity that I can’t help but play it time and time again.

While Deadly Premonition is the poster child of video game camp, there are plenty of other games that elevate the “art.”

Hideo Kojima’s Metal Gear Solid series is a perplexing nut to crack on dozens of different levels. There’s the pseudo-intellectual dialectics that permeate in-game conversations, the fourth-wall breaking moments, and a dude who almost certainly wants to have sex with his gun. What do they mean, really, in the context of video games as a medium? How does a developer – one who has the ability to be as brilliant of a director as any auteur while still treating the world as one seen through the eyes of a teenage boy – manage to create lasting works that are post-modern classics? 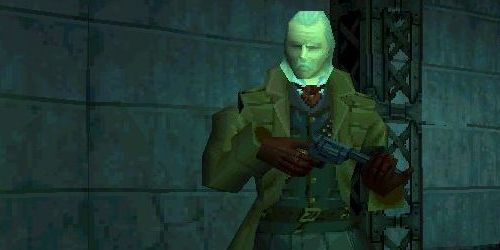 There have been plenty of writers who have tackled the themes and motifs of Metal Gear Solid and the other mainline titles in the franchise. I’m not smart enough to do so, but I do want to make one claim clear:

Metal Gear Solid is campy as shit. It’s amazing for it, of course.

The juxtaposition of high-brow social commentary, non sequitur-laden Codec calls, and nuclear theory crafting are what make Metal Gear Solid the stuff that legendary moments are made of. Dress them up with cloned soldiers, ketchup-as-blood escapes, and any number of stupidly crazy parts from each game and you have a game that is elevated past a simple video game and thrown into the theatre of the absurd.

And that’s why makes Metal Gear Solid so stellar. Each element of the game works perfectly with the others to create a video game soap opera that is as addicting as it is campy.

Even Deadly Premonition’s ‘Tom and Jerry’ conversation can’t hold up to most of Metal Gear’s Codec calls. There’s a self-aware, “I’m just saying this for the sake of saying this” quality to the majority of them.

They’re special because they exist in a medium that so badly wants to be taken seriously because of top-notch gameplay and strong storytelling. Kojima, and Metal Gear Solid by extension, deconstruct this concept through their campy elements, telling gamers that they will listen to two grown men wax philosophic about bullshit that has little (to nothing) to do with the mission.

And we love the games for that.