Tips: how to not not give up of RPG Maker

I was reading this post Andriessen wrote about the new RPG Maker MV being available for pre-purchase, and there was a part that really got stuck in my head. He said this:

"RPG Maker, that RPG creation tool you say you're going to use to make the greatest role playing game ever but then don't"

And it got me thinking about it for some time because it is REALLY true to most folks. Heck, even me. When I was a teenager I played around with RPG Maker XP for some time. I remember making a city map and some custom weapon art. I was planning to make a huge, epic, enormous RPG adventure. And then a few weeks later I forgot about it forever and never opened RPG Maker XP agin. 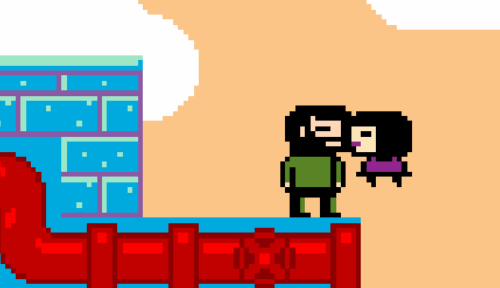 Currently I'm a hobbyist game developer, and I've been doing it for about 3 years now. I started using a game maker software called Stencyl, but I never felt really confortable with that tool, so now I use Unity3D to make small prototypes or little game jam games. I'm by no means a highly skilled developer, but I've learnt a thing or two about game development by making mistakes and bad games. I saw yesterday that some folks at the comments section from that article seemed interested in making their own RPGs, wich I think is great! But I'm really worried that you guys/gals/robots may end up giving up before even making something playable. So I may not know much about development using RPG Maker, but I wanted to share some general game development starter tips that I think will be useful for you.

Tip #1: FOR THE LOVE OF ALL THAT IS HOLY, START REALLY SMALL AND REALLY SIMPLE, OK? 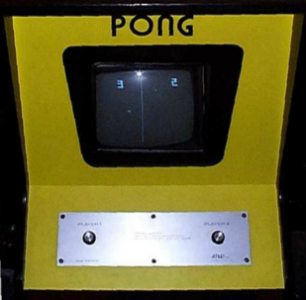 Sorry for the caps, but that is absolutely the single, more important rule someone starting out right now should follow. Most people start making games because they want to make their dream games, and dreams do not have hard limits or clear boundaries. Real life game development, however, do have limits - your resources. Time, money and knowledge. And considering the fact that you have just started out, your knowledge will be really, really limited. Don't bite more than you can chew, or you will probably end frustrated and giving up halfway.

This one is the hardest tip to follow. I know I didn't listened to it when I made my first game, as I made a plataformer with ten levels when I should be doing instead something really simple, like a pong clone. The plataformer took me about six months to make, as I was procrastinating a lot and learning how to use Stencyl during this time, while the pong clone took me less than a month to finish. And I was surprised that I had as much fun making the later game as I had with the former!

So the thing is: start with the basic of the basic. Making games is hard, even simple games like Breakout or Snake can be challeging to recreate. Focus on having a really small and manageable scope and think about making something really simple. Now make it simpler. And even simpler. There you go!


Suggestion for your first 3 or 5 RPGs:

If you follow these guidelines, you will be able to hastly pump out a bunch of games while learning a lot about how to use the RPG Maker. Make each game focused around a different challenge: the first one will be as barebones as it can be, the second one is focused on storyteling, the third one is about leveling up, etc... You get the idea.

Tip #2: Avoid perfectionism at all costs 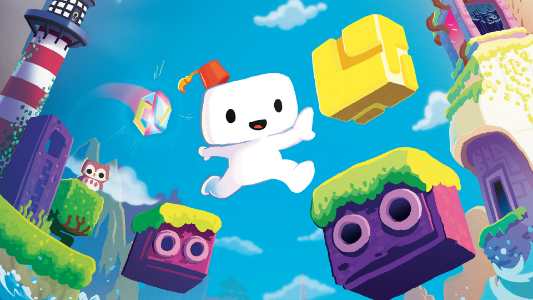 I LOVE Fez, but I would end up hating myself if I had spent 5 years developing the same gameOne of the most vile enemies of the newborn (and even experienced) devs. Don't try to achieve a really good game on your first try, because it takes too much time, lots of polish, maybe some knowledge you do not have right now, and will let you feeling pretty burnt out at the end, with a high probability of you never ever wanting to make another game ever again.

I still feel bad every time I let a bad game I made go public (wich happens most of the times), a little bit awkward and ashamed. But that is ok, as I know I had lots of fun making that and also became a slightly better developer, because you always end up learning something new with every project you finish.

Game jams are your friends, as you usually don't have enought time to worry about polishing and will barely be able to implement the core mechanics. After you finish making at least one microgame, I suggest taking a look at this list and see if there is any jam that interests you. My favorite jams are the ones that are either 48 or 72 hours long.

Tip #3: Hone up your Google-fu and answer-finding skills

Seriously, this is one of the most useful skills for solo game development. If you are having a problem, or you want to make something but don't know how, just google it. If you use a tool with a big userbase (like RPG Maker) chances are that someone already asked the same question you have and somebody else already answered that. If you do not find an answer, well, just ask for it on the right forums, communities or subredddits. Usually other users will be willing to help you out if you are nice and polite person!


And do search for begginer's tutorials, wich usually will do a great job of introducing you to the program. You can also look up for tutorials of specific features you want to know more about it.

Tip #4: The standard assets are your friends. Don't be afraid of using them! 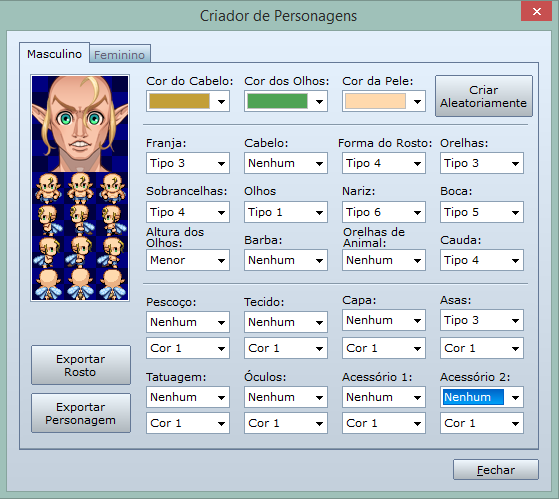 One of the coolest features of RPG Maker is that it cames already with a truckload of standard assets, so you don't have to worry with the art, the soundtrack or the sound effects. VX Ace even have a really neat character portrait creator that generates sprites automatically! The great thing about it is that you are saving important resources, as having custom art and music usually will cost you a lot of time and/or money, and we don't want to be waste neither on our first games.


Sure, it will be screamingly obvious that your game was made on RPG Maker and will look a lot like hundreds of other games made with the same software but that wouldn't be a problem, unless you want to release it commercially. Even if you want to sell your the game you are making, you can still use these assets as placeholders until late in the development, so you can first focus on the game mechanics, pacing, level design, storytelling, etc.

Tip #5: Don't count on anyone else besides you. (But later on probably you will want to group with someone else when you get better at it) 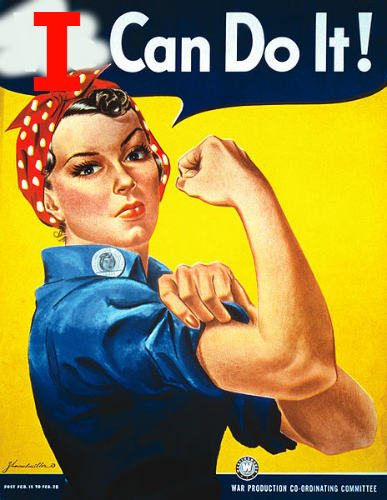 Am I the art guy or more the programmer type? You will never guess, hahaha!

At first, you will want to work alone. You will either tend more to the art side or to the coding side, however you should know at least a little bit of both worlds. That way, you'll be fully independent to make progress without having to ask other people for art or code for free. Most people who will accept working without being paid are also starting just like you, and they may end up getting too much busy in real life, or get bored of your project, or simply not doing anything for you for no particular reason at all. You don't want to have someone else blocking your progress, as you want to pop out your first ones as fast as you can. So do things by yourself at first, and then after a few games then you should start thinking about forming a dynamic duo/trio/wathever with someone else.

Game jams are exceptions tough. As they usually involve insanely small development time, it would be a really great time to form a team with someone else with complementary skills to make a small game. And even if your partner end up doing not at all, hey, it won't be that bad - you will have only wasted a weekend!

Tip #6: Playtest. Make your friends/enemies/mom/cat play the game while you are watching them 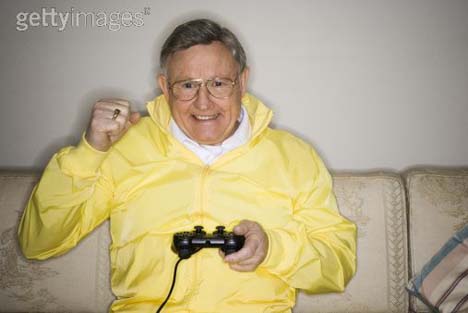 Yay! Videogames!This one is one of the best and worst things at the same time. In one hand, people are playing a game you made yourself (YEAH!), and it is a really incredible amazing crazy feeling! On other hand, people will have problems playing your game, like unbalanced gameplay, or not knowing what to do or where to go. And you will get really mad at them for it (even that probably their problems are your fault). You WILL feel the urge for explaining to them how to overcome an obstacle that seem so god damn obvious to you, but control yourself and try to not speak at all for most of the time. Listen, paying close attention to what they say and even more attention to their body language and frustration/joy/surprise sounds they may emit. Feel free to take notes.

Watching people playtesting is one of the best tools you have to fine tune your game, and find out gameplay elements that simply do not work well. And always remember: you - the creator - will always be the worst playtester ever. So go ahead and hunt some unsuspecting victims to playtest your game for you!

All that work is worth nothing if you are not having fun. Try to relax and have a good time while making stuff.

Well, I guess that was all that I wanted to say to you all. I hope this will be usefull to someone. Have fun an make some kickass RPGs (so I can play them!). Or make some bad RPGs too (I'll play them anyway). Feel free to send me a private message or tweet me after you finish a game and I'll try to play it (if I'm not busy with college stuff) and give you feedback.