Plague of Shadows: a great excuse to get back into Shovel Knight 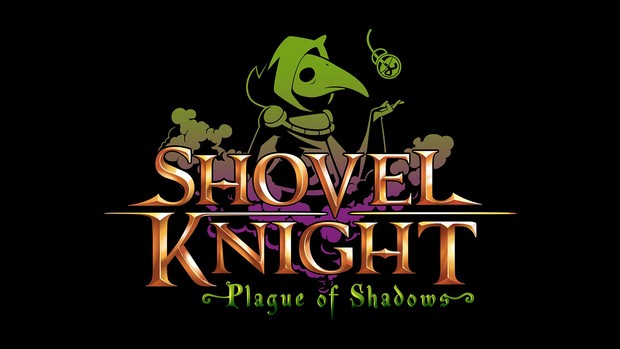 So first of all, why should you play the new Plague of Shadows expansion for Shovel Knight, asides from it being free? Personally, I figure Plague Knight offers a different way to play through Shovel Knight's enjoyable level design. Whereas Shovel Knight gets through meticulously designed stages with his shovel plunge and variety of sub-weapons, Plague Knight subverts the same stages with swift aerial movement. While he doesn't respond to a variety of melee situations well, Plague Knight is all about approaching combat from another angle. We're talking about a maniacal scientist who seeks to exploit weaknesses rather than face them head-on with his own mettle. One example is the giant spear wielding warriors from Mole Knight's Lost Civilization stage. Shovel Knight would have to engage them directly in most cases, avoiding their flaming crossfire attack and dodging their spear thrust. In most cases for Plague Knight however, I was able to sit comfortably from a distance and throw the right explosives that would reach my enemy from outside his effective range. The ability to approach combat differently is probably the biggest crux for playing Plague Knight. Shovel Knight really only fights up close with his shovel blade while his relics offer an opportunity to expand upon it. Plague Knight can change his explosives drastically based on a variety of different cases, powder, and fuses. I can attack enemies on different heights with the lob casing and the long fuse, create fire and forget defensive traps with sentry fuses, and even perform more adequately in close range combat with the boomeranging whirl case and impact fuses.

Plague of Shadows offers up an interesting, concurrent story running parallel to the main Shovel Knight quest story. I always thought the knights who make up the Order of No Quarter were really cool. Polar Knight's implied history with Shovel Knight, Specter Knight's mysterious immortality, Treasure Knight's obsession with gold and wealth. Plague Knight isn't portrayed as a dastardly villain but rather a social outcast alongside his arcane and scientific colleagues. Characters from the main story like Percy the horse or the Magicist appear again as nerdy foils Plague Knights socially awkward egomania. While Shovel Knight's feelings and guilt remind you as dream sequences involving saving a falling Shield Knight, Plague Knight has an underlying plot with Mona, the robed female Shovel Knight might've played a few mini games with. While she appears apathetic and quiet to the Shoveling Dynamo, Mona displays more dynamic expression in the secrecy of the Potionarium with Plague Knight. It's highly implied that the two are crushing hard on each other, and this is implied very early on. The rub is that being both the scientific types, they're either too shy to do anything about it or focus on the task at hand instead. Even collecting music sheets from the main game is given to Percy, the horse, who needs paper to write his notes on. In exchange for paper he can't use, not only does he give you gold but he offers love advice.

Overall, Plague Knight is about enjoying Shovel Knight again in a different way. It's not about enjoying it as a standalone experience for me but as revisiting the game in a different way. It's no wonder in order to play Plague of Shadows that you need to beat the game first. You'll enjoy the expansion more if you've played it before as Shovel Knight. While there's a code to unlock the mode straight away, it's highly recommended to beat the game first.

Shovel Knight was my game of the year last year. Any excuse to come back to such an excellent game is a welcome idea.