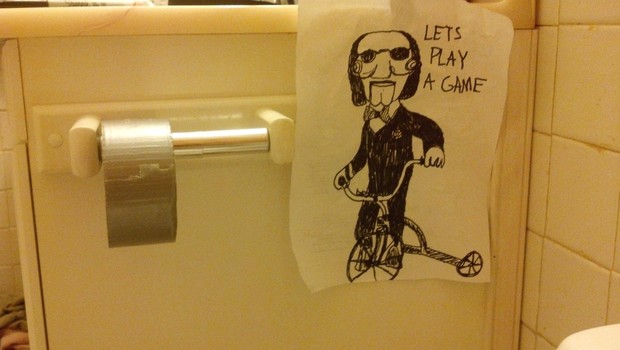 The fall 2015 gaming season is upon us. Madden has come, and the floodgates are soon to open. It's the season of crying wallets and calling in to work sick, because you just want to play a game all damn day. I've picked out 15 of this years big releases, and I want to play a little game with them. I'm going to put on my speculation cap and take a shot at guessing all 15 games metacritic ratings. I can't wait to see how horribly wrong and off base I am.

*Most of these games are multi-platform, and metacritic splits scores across these platforms which often leads to weird score discrepancies. The rule here is you take the top score given for a game on any platform it releases on. 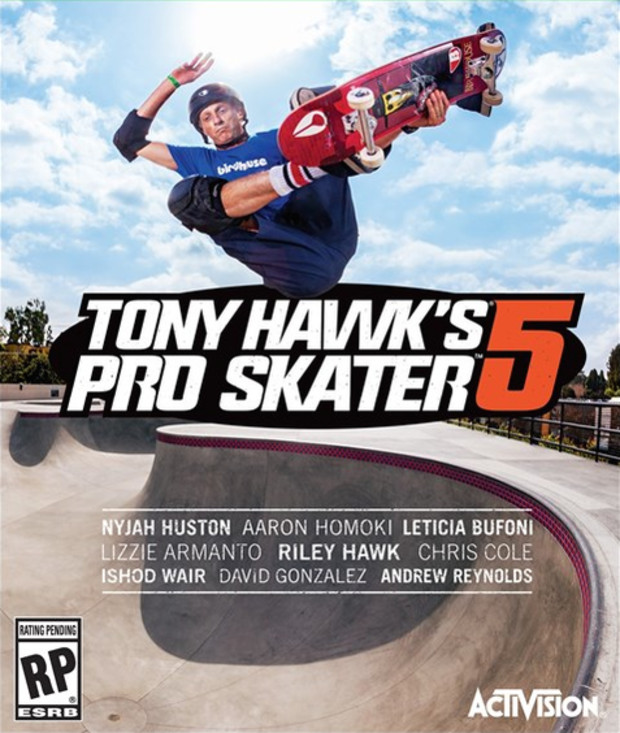 First to the chopping block, THPS5! Tony Hawk is back baby, and it looks...pretty fucking bad. When this game was announced I was hyped up, Tony Hawk was a huge part of my childhood. The last Tony Hawk game I enjoyed was the original Underground, but I was tricked. Just like Sega tried to fool us all with Sonic 4, Activision is playing to our nostalgia bones with the title. I should have known after they managed to fuck up Tony Hawk HD, but I was still excited for a while. Then they released gameplay, and good lord the chances of this game being anything other than trash are LOW. I'd like to be proven wrong, but this is a good candidate for worst game of the season. 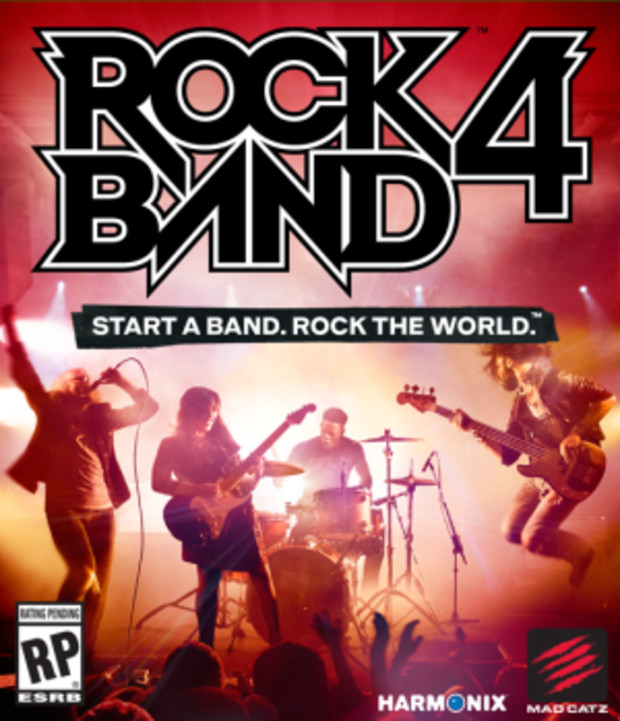 Oh Rock Band, how I used to love thee so. Rock Band 4 is Rock Band 4, there isn't much to say gameplay wise. Sure their are some new systems, but at it's core everyone knows exactly what Rock Band is. The cool thing about this entry is that all your DLC goes forward, assuming your on the same companies platform as you were in the seventh generation. The big negative is that Rock Band 4 will not launch with online play. It's hard to say how much of an impact these things will have, but I think overall the reviews will be positive. 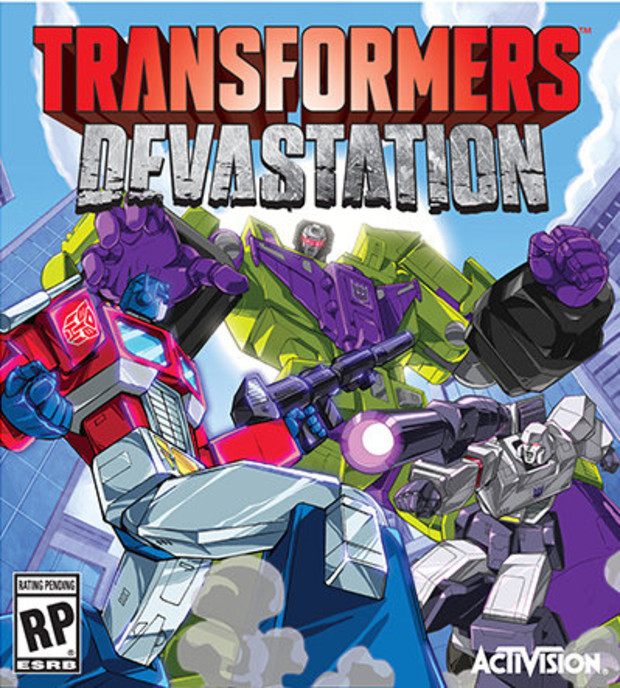 Will Transformer Devastation be more than meets the eye? As of now there isn't too much to go on. The game looks pretty cool, but so did Legend of Korra; and we all know how that turned out. For me this is the hardest prediction of the bunch, because it's a platinum game, but the last licensed game they did was a train wreck. That's why I'm splitting the difference here, and hoping this game doesn't destroy my average. 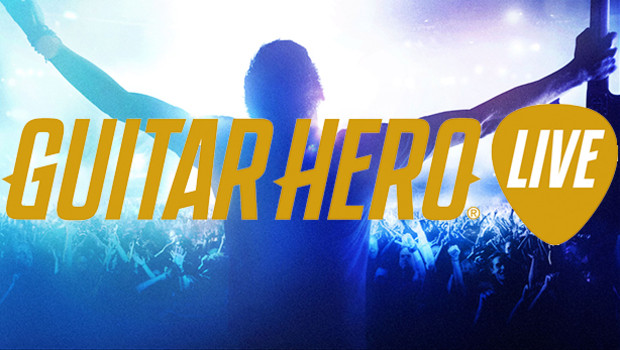 Remember when I said Transformers Devastation was hard to predict? This one is a real crap shoot; I have no clue how this is going to turn out. Unlike Rock Band 4, Guitar Hero is basically a brand new game. It's got a new controller, new gameplay, and a completely new style. This game could either be a breath of fresh air or a gimmicky mess. I hope my prediction is on the low side, because I really do like the ideas this game is championing.

Tales of Zestiria is an interesting one, because the games been out in Japan for a long time. There are quite a few reviews out there to reference. Traditionally the Tales of Games have scored in the high 70s to the low 80s on metacritic, and I doubt this one will buck the trend. There was some controversy regarding a certain party member when the game released in Japan, but I don't see that stopping any fans from jumping in and having a good time. 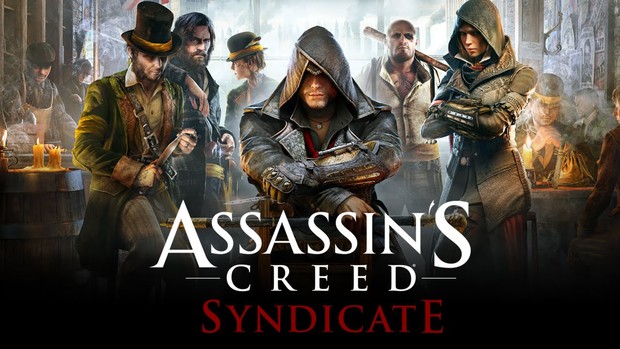 No one can argue that the Assassin's Creed series hasn't had some ups and downs. Personally I look back upon the Ezio Trilogy and wonder what the fuck happened. This series was HUGE for me back when Ezio Auditore was cutting shit up. I was so deep I would read lore and theories for hours and hours, and when I finished a game the twist would be fucking rad, and the cycle would continue anew. Then Assassin's Creed 3 happened, and I was so done with the whole series by the time I finished it. I haven't played Unity myself. I read all the news stories about what a mess it was, but that at it's core it was an alright game. I get the feeling that Syndicate will be a better game, but the franchise fatigue will keep it from hitting the 80s. 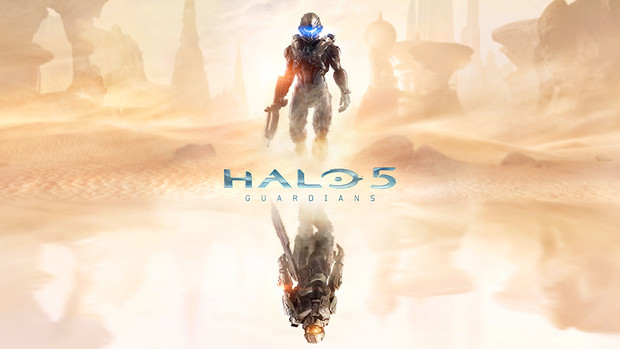 Queue the chanting monks, Halo is back and it's looking fairly intriguing. 343's sophomore effort is making a lot of changes to the established Halo formula in the hopes of drawing in the esports crowd. Halo 4 had a very mixed reception and it's the lowest rated main series game in the franchise, but I feel this time around 343 will do a better job appealing to both the hardcore and casual fans. I'll admit they've got me interested thanks to those Spartan Locke/Master Chief alternate history commercials, but we'll just have to wait and see if the game lives up to the Halo name. 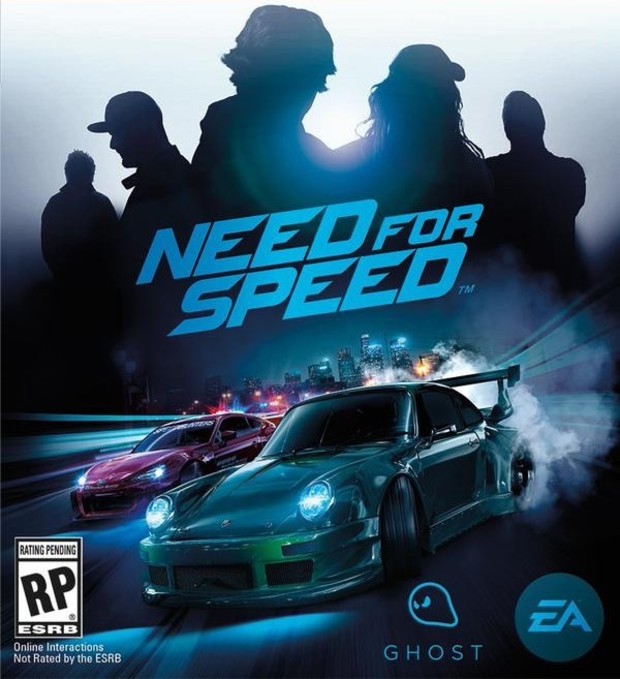 The Need for Speed franchise has had a lot of ups and downs, and this years entry is hard to read. It's difficult to predict how well this game will review without knowing how it will feel to play it. The most exciting aspect of this years release are the FMV sequences , seemingly heralding a return of the Razor Callahan days. Maybe I'm overly optimistic, but I feel this years game might be better than expected, and could possibly nail the "so bad it's good" style of FMV we all crave.

Treyarch has long been above Infinity Ward in the pantheon of CoD developers. I fucking love WaW, it's easily my favorite game in the franchise. Some people find that odd, but I think most agree that Black Ops and especially Black Ops 2 are two of the best CoD games money can buy. In fact Black Ops 2 is still the most played game in the franchise on steam consistently. After the tragedy that was Ghosts and the "meh" of Advanced Warfare, a lot of fans are looking forward to seeing what Treyarch can accomplish on current gen consoles. It will be interesting to see how many of the hardcore Black Ops 2 players make the switch long term, but that's a story for another day. One thing I'm certain of is Black Ops 3 will beat Advanced Warfare on the review side, but I don't think it will beat it by enough to reach the 90's. 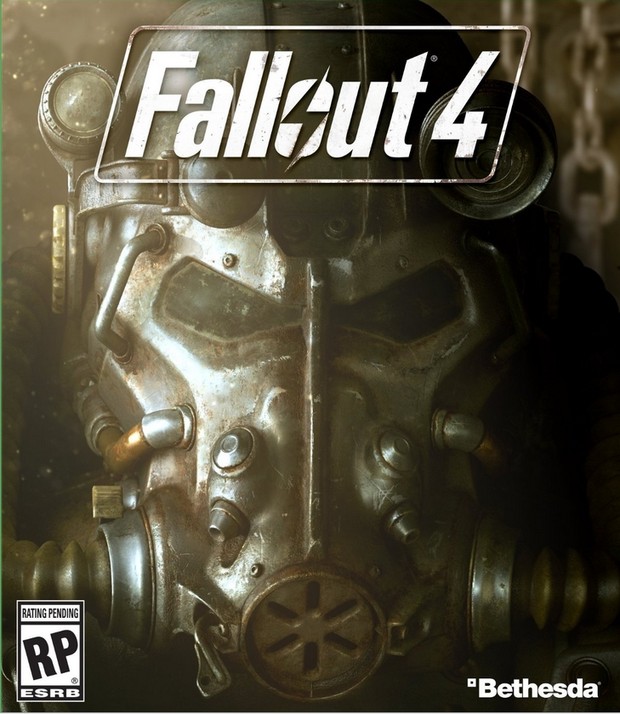 Look, it's fucking Fallout. Easily the most anticipated game of the year, possibly of the last few years. The hype coming out of the Bethesda conference this year was palpable, and I'm positive that Fallout 4 will be a GOTY candidate. I'll admit my judgment is a bit clouded here because I'm a huge fan of Fallout; and everyday I'm not playing Fallout 4 hurts a bit more than the last. I don't think it's hyperbole to say Fallout 4 will be one of the most talked about games this year, and I would be shocked if the metacritic isn't in the 90's AT THE VERY LEAST! 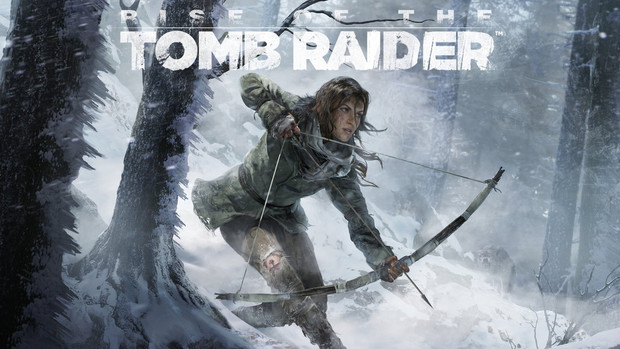 Now were getting into the nitty-gritty. Rise of the Tomb Raider is a de facto exclusive this year, and I'm unsure of how/if this will effect the review scores. I had a lot of fun with the 2013 reboot, and I'm excited to see where Crystal Dynamics takes Laura this time around. Based on the footage so far, the game looks to be fairly similar mechanics wise. Whether people find that to be a good thing or a bad thing is what's up in the air. My bet is that this will be a repeat offender, and have exactly the same metacritic score as the original. 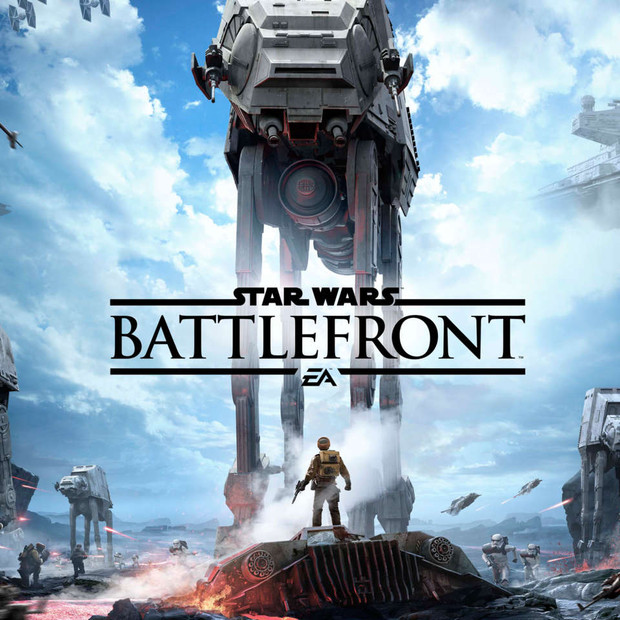 STAR WARS! NOTHING BUT STAR WARRSSS! Star Wars is making a huge comeback this year, and nothing can stop this train. EA and Dice are set to cash in big time with Battlefront this year. Despite my reservations about Battlefield 3 and 4 and the direction Dice has been taking their flagship franchise, I'm confident Battlefront will be a fun and exciting game. The real problem I'm seeing is a lack of content, and the fact that the game is essentially multiplayer only. Bots are cool and all and I'm happy they're included, but a lack of any real single player content will probably hurt the games review score. 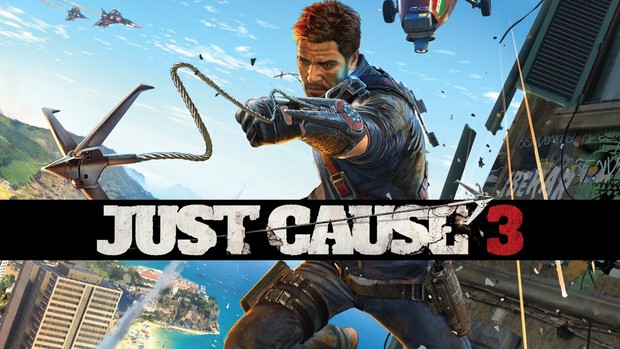 The world calls for wetwork, and we answer! No greater good. No just cause. Oops, wrong game. Anyway Just Cause 3 is a thing, and it's a damn good looking thing at that. Just Cause 2 is a game that I missed back in 2010, and I regret that now. Seemingly everyone who played Just Cause 2 loved it to death. The trailers look fucking fantastic, and the game is looking to scratch that "blow shit up" itch. It comes off to me as a videogame-ass videogame, and I think that's something a ton of people are looking for. 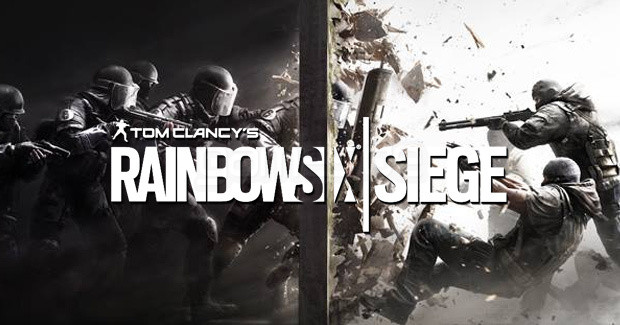 I just don't know about Rainbow Six Siege. I want to love it, but I don't see myself digging in like I did with Vegas and Vegas 2. It's obvious that the game won't play anything like the trailers show, because nobody fucking talks or plays like that Ubisoft! Still I think there is a bit of demand for this sort of tactical shooter, and the game looks solid. The big concern here is content once again. How long will the maps the game ships with hold up? I'm just not sure it will be fun to replay these scenarios ad naseum, and that could hurt this title severely. 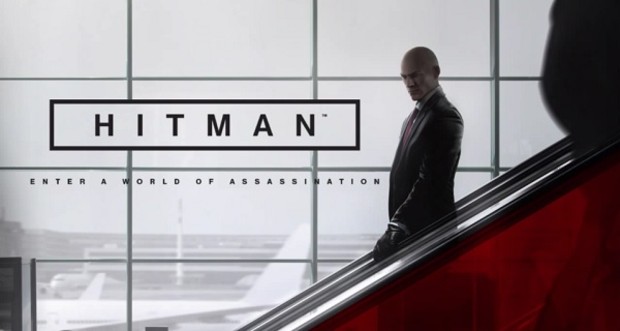 The Hitman reboot is an odd bird. From what I understand the game being released on the 8th of December won't be the full game, and IO will be adding content post release through next year. This will be an interesting one to watch, because I'm just not sure if how much a game it will be come review time. Will some reviewers wait until the retail disc comes out next year? Will some take the route of updating their reviews from time to time? What does this half release mean for metacritic? IO has been saying all the right things to appeal to it's fan base. They seem to be heading back to the Blood Money style that made the franchise a success, but the weird content roll out might hurt it with critics.

Love it or hate it, metacritic has a certain appeal for people. I had so much fun writing this up, looking up games on metacritic and trying to science my way to accurate guesses. I can't wait to pull this up 3 months from now and see how I did. This year is shaping up to a be a huge one in the gaming industry. Will Tomb Raider be buried in the wake of Fallout? What the hell is Hitman anyway? Will Black Ops bring people back to the Call of Duty bandwagon? I for one can't wait to find out.