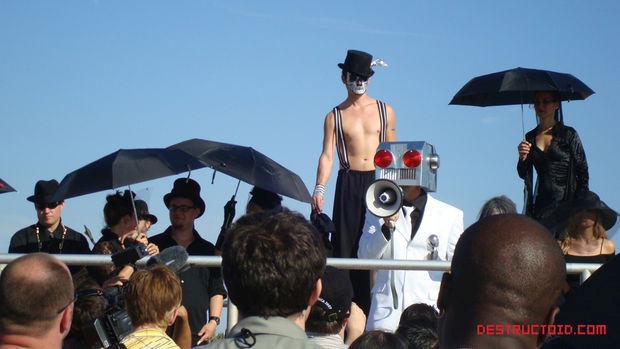 It's Hard For Me To Write These Days

Consider this my hasty and incredibly pretentious introduction to Destructoid blogs. I’m not the best writer out there, but I’m at least able to put my thoughts onto the table in a well-organized manner, thank you very much. And for my first attempt at pleasing the masses, here’s a little something that’s been on my mind for a while now:

It’s become incredibly hard to write about a lot of gaming topics these days. Men and women in gaming, certain tropes in games, journalistic ethics, harassment in the community, even just the games themselves! And now, for every sentence I write, I have to think about how I can state what I’m saying in the most honest and straightforward way. But it seems like thousands of members of the gaming community have dedicated their lives to either shitfacing someone who says something negative or twisting that person’s positive words into something negative so they can continue shitfacing them. Recently I’ve struggled to put more of my thoughts into written form, because I’ve seen this happen a scary number of times this year.

This isn’t to say I fear those people, no, not at all. What I fear is that the stuff I write will end up causing nothing but barbaric war between two sides, that war bringing a constant sense of negativity that includes all the name-calling, shaming, harassment, etc, one would expect from such a pointless bitchfest. I don’t want any of that. I want to provoke discussion: civil discussion between those who agree and disagree, with respect for each other’s opinions through it all. But tis the way of the internet that such a thing is difficult to focus on. Negativity is often a louder voice than positivity. Why be calm and collected when you can just call someone a “fag” for no reason and send all discussion down into anarchy?

I remain optimistic that what I write will provide nothing but a safe haven for people who love video games to talk about their thoughts while avoiding the hateful comments that seem to spring up out of the abyss. And when the day comes in which someone tries to start the unnecessary flame wars I so fear, I know that eventually, civility will pull through.

Also the custom publish date doesn't work. Someone might wanna fix that.

I do gaming stuff. Nuff said.