There are going to be MASSIVE spoilers in this blog. If you have not finished Metal Gear Solid V or are only part way through it, come back when you beat it. YOU HAVE BEEN WARNED! 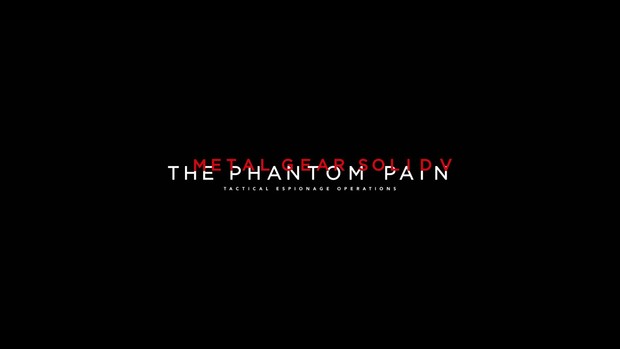 Lots of discussion has been going on since the release of Metal Gear Solid V: The Phantom Pain. People seem to be pretty upset with the ending. An entire Kotaku article was written about how disappointing the whole affair was. (Then again, it is Kotaku)

I think people have the entire plot wrong. It may not be well written (in fact, I'd go so far as to say it's outright bad), but it has a bigger symbolic meaning then we realize. For the first time in any games plotline, you (the player) are the most important figure in it.

The big twist at the end of MGS V is that you were never actually playing as Big Boss. At the end of Ground Zeroes and leading up to the opening of Phantom Pain, Zero and Ocelot concoct a plan to fool the world and keep Big Boss' enemies off him.

This leads to you getting a face lift and becoming "Big Boss". In actuality, you are Punished "Venom" Snake, who was once a field medic and the best soldier of MSF. He had such a dedication to Big Boss' philosophy that, when in the coma, his mind was easy to trick in believing he was Big Boss.

Thus kicks off a game where, without the twist, nothing big really happens. You get revenge on the man who destroyed Mother Base and the plotline just kind of peters out of existence. The credits roll, you lose a buddy and that's really it.

It's when you consider the twist that things start to get interesting. I won't defend it's place in the Metal Gear canon (as I think it makes no damn sense), but as a standalone game, Phantom Pain's plot is pretty emotional.

For starters, it's basically a gigantic thank you to every Kojima fan. Without us, he would never be the superstar developer he is today. By making us Big Boss, he is saying that no Metal Gear would be possible without our love of the series. 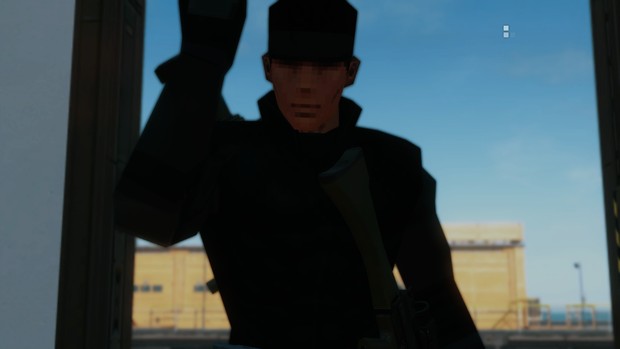 Or without *sob* David Hayter!

The shift in gameplay to an open-world also echoes this. Since we are now the most pivotal character in the plot, our choices are what Venom Snake goes with. There are multiple ways to accomplish any task, so the story is dependent on the player.

There are obviously some bits from Ground Zeroes thrown in to make some kind of connecting thread, but you could skip that game and not miss much. The ending might make less sense, but you wouldn't initially feel shocked at how you were deceived.

In the aforementioned Kotaku article, the writer goes on about how Mission 43 becomes mess gripping once you learn you aren't Big Boss. I actually think the opposite effect occurs; once you learn you're not actually Big Boss, you begin to realize that you are the one making all the shots.

You walked into the quarantine zone on Mother Base and shot the soldiers that you extracted. Everything was done by you and has to be undone by you. If your character were Big Boss, it would be an emotional moment for him. Since it's actually you, the impact becomes two-fold. 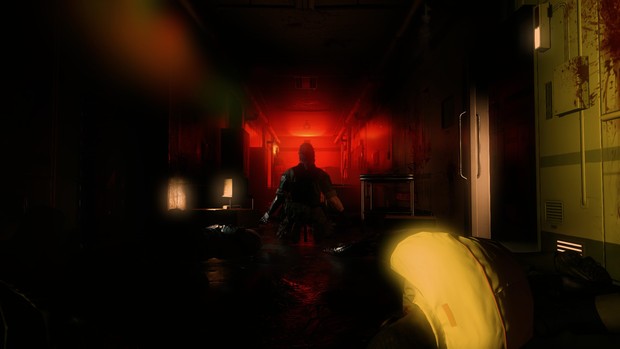 I probably would have cried more than strike a dramatic pose.

The Phantom Pain works wonders when it comes to player involvement. I do wish the narrative were stronger (or that Konami didn't cut out the damn real ending), but I can't think of how else to really get a player invested in an open-world style game.

A lot of sandbox adventures suffer from unfocused plotlines. Grand Theft Auto IV and V have really bad stories. Each one starts with an intriguing premise before falling into rote execution and repetition. In both of those games, the actions done are by your characters, first, and then you.

Assassin's Creed III is another perfect example. The whole game is built around the growth and struggles of Connor, not you. Not only do I not care to see his story unfold, but the game takes so damn long to even do so that the gameplay simply acts as a distraction more then anything.

With the Phantom Pain, every bit of gameplay is story. Regardless of what you're doing, those moments are a part of Venom Snake's history. You decided to make it happen and it will be your own personal conclusion to Metal Gear's legacy.

The previous entries in the Metal Gear series were all about how much of a bad ass Solid Snake was. Even with Metal Gear Solid 3, it was less you and more Naked Snake doing things. He was the one who got the glory and who had to put that final bullet into The Boss.

I just can't help but think people missed that with the Phantom Pain. We were so used to games giving us a clear narrative and actual purpose that we were left disappointed. That's not to say that every story beat is good (because that isn't even close to true), but the whole of the Phantom Pain is bigger then it's individual pieces.

Kojima has stated that the amount of player freedom in Grand Theft Auto V had made him depressed. He was positive that the Phantom Pain couldn't reach the same heights as Rockstars latest blockbuster.

In all honesty, I feel that MGS V has the most freedom of any game I've played this year. It's also more open ended then a lot of sandbox games claim to be. You're given tools, a general location and then told to get at it. If anything, it echoes more of Far Cry 2 then it does Grand Theft Auto.

I truly think that Kojima was inspired by what FromSoftware have done with the Souls games. While those are a bit more linear then the Phantom Pain, they don't beat the player over the head with exposition or cutscenes. You enter a world and rarely (if ever) lose control. 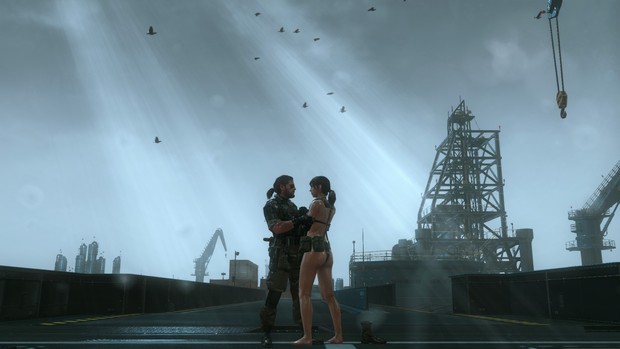 But I can't control this! WHY?! WHHHOOOOOO?!

The cassette tapes were a decent idea with MGS V, just the execution of them didn't truly work out. We may never know how much Konami's decision to drop Kojima may have effected the game, but I do get the feeling that the story could have been grander if Konami just believed in their output.

Still, Metal Gear Solid V: The Phantom Pain is deeper then we all think. It probably won't go down in history as a classic or even the best of the series, but it certainly deserves to be called a masterpiece. If nothing else, I believe we have a best new character of 2015; us.