I was a latecomer to Shovel Knight. Don’t ask me why because I don’t have a good reason.

In fact, I’m not sure if I would have purchased the game last week had it not been for the sudden and horrific realization that I needed a New Nintendo 3DS to play The Binding of Isaac: Rebirth. After screaming, "Why Nintendo?! Why?” I came to grips with having to purchase Edmund McMillen’s masterpiece on Steam and I bought Shovel Knight instead.

As it stands, I don’t think there’s any point in reviewing Shovel Knight; plenty of great critiques have already been published and honestly, I can’t find anything wrong with the game; aside from the fact that I want more! 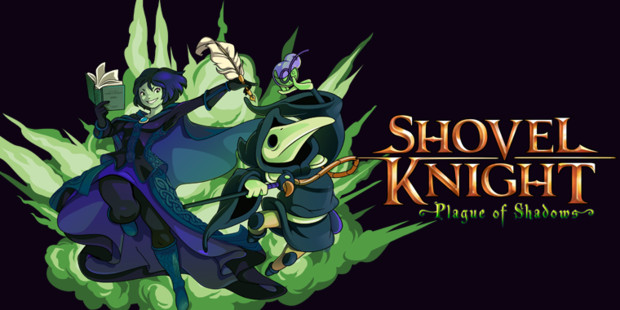 Keep on shovelling everyone and as of September 17th, concocting!

Addicted to writing, gaming, cute fluffy things and being out of my comfort zone.

Favourite Genre: I play all types of games, but I love platformers, RTS and first-person shooters.

Favourite Game Designer: It's another tie between Chris Seavor and Edmund McMillen. Lame! I know, but it's too hard to decide sometimes!

Favourite Developer: Bungie. No, wait! Blizzard. Bah! I suck at this.

All right. Enough with the favourites.

Other Stuff: I'm currently learning everything I can about writing for video games. If anyone else is interested in game writing, Professional Techniques for Video Game Writing by the IGDA / Edited by Wendy Despain is a fantastic book on the subject.

I think what I find most interesting about game writing is attempting to strike a balance between narrative and gameplay.

I'm a trained screenwriter, but I would also love to write for games someday.

I think that about covers it.

Thanks for stopping by and take care!