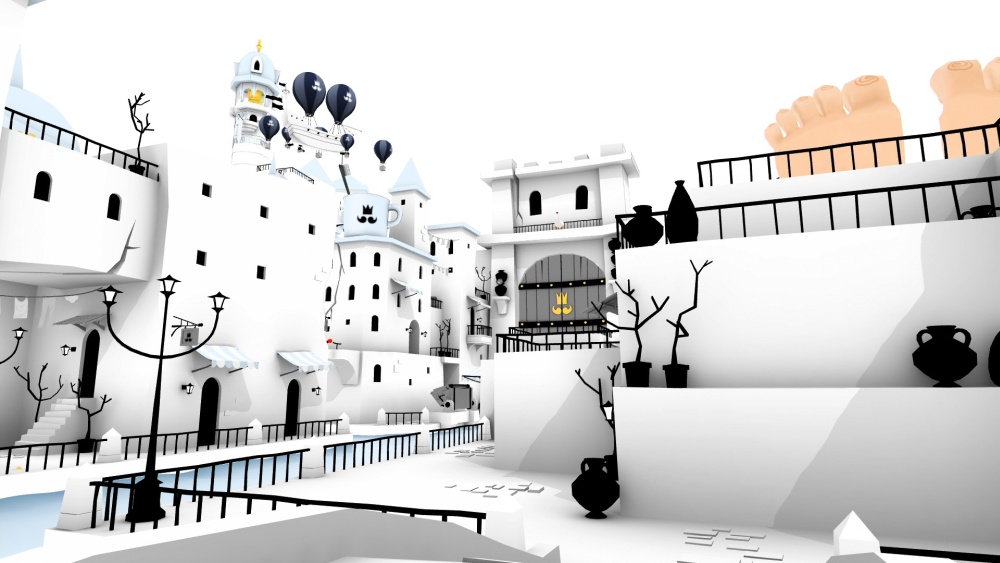 If you are here reading this then you probably already know all about the Hatsune Miku phenomenon. A VR songstress, she took off in a big way and sells out concerts and releases hundreds of tracks per year without actually existing. As a result of her success, a succession of rhythm games have been released under her name and Project Mirai DX is the newest in the collection. I have picked up all of the current gen handheld Hatsune Miku games since the first, originally Japanese only, Vita game a few years back. This is the first game in the series I have picked up on a Nintendo console.

The mechanics of the game remain the same as the most recent releases whereby you must press the 2DS/3DS face buttons in time with the music. There are a few curveballs throw into the mix in the guise of hold buttons and double button presses, the latter of which can be especially difficult to comprehend on more challenging songs. Depending on your accuracy you will be graded with a rating varying from COOL all the way down to WORST. At the end of the song you will receive a final rating based on your performance ranging from an outstanding S+ to the disappointing C. As a reward for your efforts you will be rewarded with MP which can be spent in a number of different ways, such as purchasing new outfits and furniture for your chosen diva (more on this later).

There are, however, a few further additions to this Nintendo only title that differ from the PlayStation Vita versions. Instead of the note prompts flying in from random angles across the screen as is customary in the Sony games, this time they proceed along a rail towards your hit zone much in the same way as the recently released IA/VT Colorful. During the song you will often notice the rail turn to a yellow colour - this indicates a chain of SP notes will follow which must be hit with a FINE or better timing until the final rainbow enclosed note appears. Hitting all of the notes with correct timing will reward you with a points bonus and if you ace all of the SP areas in a specific song you can win a crown for the completed track on the menu screen to prove your rhythmic superiority. You can also earn additional MP to spend by spinning your analogue stick during certain hold notes which are identified by rainbow coloured hold notifiers.

The biggest and most impressive addition, however, is the inclusion of a tap mode. In this mode you will be required to tap the touchscreen in time with the music instead of pressing the 2DS/3DS face buttons. On easy tracks the entire touchscreen is a single colour but, as you cycle through the difficulties, the screen is eventually split into two and then three tap areas. At first glance this looks like it might cause problems but the split is done in triangular sections that you can easily switch between as the notes on screen change colour. You might miss a desired section when you first begin playing but given time you will memorise the splits in the touchscreen and will get to a point where you rarely, if ever, miss the colour you need. All of the features mentioned in the paragraph above still find their way into this mode only implemented slightly differently: the stick spin is replaced by quickly drawing circles with the stylus and the double notes are replaced by stylus swipes.

As with all the other Miku games there is a great amount of rhythm game content included in the game. Overall there are 48 tracks included, each with two different modes and each mode with three different difficulty settings making a total of 288 different variations. An astounding amount of content that will keep any player busy for great deal of time. Anyone who has played a Miku game before will be aware of the great swing in genres that the titles cover and this game is no different including metal style tracks, ballads, electronic tunes and a lot of very Japanesey ditties that will surely delight any fan of the series. The only issues I had with the game in a musical regard is that there are a few instances in the 48 songs where two tracks are almost identical but with different vocalists. I found this slightly disappointing considering the amount of tracks available that the creators could have chosen from. Additionally, if you have played a previous Miku game, expect a few of the tracks you have heard before to make a reappearance - just keep your fingers crossed that they are personal favourites not detested songs!

As usual the game boasts even more additional content outside of the rhythm game element. You can, as is a series staple, hang out with your selected Diva in their room and buy them outfits, furniture and even food to make them happy and bond with them in exchange for rhythm game rewards and other goodies. There are a whole host of other things to do as well, including creating your own dance moves for your divas, taking them shopping, creating your own recordings in the keyboard mode, a theatre to watch the game's videos, an AR mode and much more. This kind of content doesn't interest me massively - the only reason I really bothered with the diva rooms in the Vita version was to unlock the trophies attached to them, a process that was, for the most part, boring and frustrating. Still, it is nice to know they are there for the ardent Hatsune Miku fans who pick this up. One mode, however, that requires a special mention is the inclusion of a version of the classic puzzle game PuyoPuyo. I love this kind of game and its inclusion is a welcome addition especially if you need a breather from the rhythm element of the title.

Overall, the game is another strong addition to the Hatsune Miku rhythm game catalogue. However, it is not without its issues. As already mentioned, I found the repetitive nature of some of the doubler songs such as Cendrillon and Adolescence a bit irritating but there are worse issues. The rail system is, to me, far easier than the random direction of the notes in the Vita Miku games. This might be welcomed by less skilled players and newcomers to the series but I found it took away some of the challenge that is part and parcel of the Project Diva experience. In tap mode the swipes prompts, for me at least, require quite a bit of additional force in order to register. Until I started pressing really rather hard on the touchscreen with the stylus for these prompts the number of times they broke my chain was really quite annoying - thankfully there doesn't seem to be a problem with the touchscreen registering regular old taps.

My main issue was actually as a result of the system itself. I, as a pauper, only own a 2DS and the only reason I bought it was to play rhythm titles. So far all of my experiences have been with tap based touchscreen games such as Theatrhythm and Elite Beat Agents (a DS game) and those games, as well as the tap mode of this one, work swimmingly with the cheaper cousin of the 3DS. From my personal experience with the button based section of Project Mirai DX I find the build quality of the 2DS isn't up to standard when using the face buttons. The unwieldy shape of the 2DS causes problems during long passages of play and the placement of the buttons and the d-pad often cause issues. I found the feedback from the buttons is too springy when compared with the Vita's face buttons - admittedly, I don't use my 2DS much and this caused issues for me although it might be noticed to a lesser extent by a person who uses their 2DS more regularly than I. To compound the problem, when compared to the Vita Miku games the sound quality is far inferior on this title - I don't know if this is an issue with the 2DS hardware (the game may sound better on a 3DS but I haven't been able to test this on a friend's 3DS, unfortunately) or the amount of space on the 3DS carts, but I was surprised at the noticeable gap in quality between the platforms. This is most noticeable for me on titles such as Kokoro and Melancholic which have appeared in the much better sounding Vita version of the game.

I thought long and hard about whether to give the game a 4 or a 5 star rating. Some of the problems I listed above I found quite major and they did negatively affect my enjoyment of the game at times. After long deliberation, I decided that, based on the massive amount of content (the great number of song variations and the PuyoPuyo mini-game being the biggest selling points for me) that I would give the game the benefit of the doubt and award it a maximum score. Any fan of the Hatsune Miku series and indeed rhythm fans interested after playing similar rhythm titles will - if they can look past the issues listed above - surely find a lot to love here. The game will keep completionists busy for a long, long time and if you find yourself travelling a lot like I do then it could be a welcome companion on those long haul flights or painfully slow train journeys.