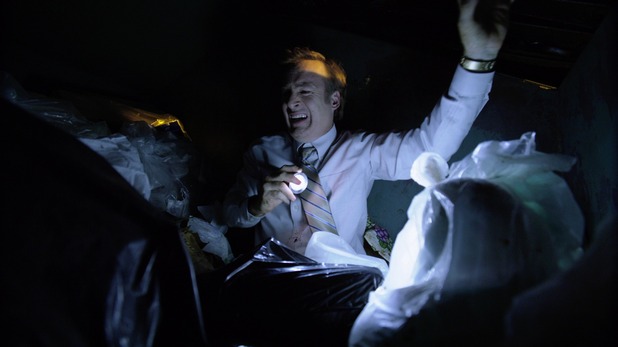 I haven't blogged since July. It would be really flattering if anyone here has noticed, but either way, now that I've brought it to your attention, you might be wondering if there's a reason for that.

Truth is, I'm pretty much done blogging here. It's a good place, but to be brutally honest, it kinda feels like a dead end right now, and the ridiculous upvote system change that jerks off long-time members doesn't help. Yeah, that's harsh, but it's how I feel, and the current direction of the site goes against my reasons for joining in the first place, which was to meet new people online who share my interests. That has been really great so far (you guys are great!), and I don't wanna stop doing that just because the blogs have become way less welcoming to new faces.

In fact, what you're reading is a revised version of my announcement that I'd be moving over to Game Informer, which has a blogging community similar to ours, only without any kind of upvote system at all. It seemed nice, until I got banned before I even had a chance to make an impression. Makes me wonder how a community can even exist over there. The one comment I wrote even mentioned that I'd start blogging soon, so now I look like a huge asshole for not doing that. Thanks, Lame Informer, I sure love to disappoint people.

Anyway, the point of this blog isn't just to bitch and whine about the internet, but to give you a short retrospective of my actual contributions to the site. That's a lot nicer, right? Most of them are from the last year or so, and have been a lot of fun to write and share with you folks. :)

Game Thing was the first series I did, and I'm not linking to it because it's probably shite. It was all about games I liked, and why I liked them. Very basic stuff, from back when I was still trying to find out what kind of stuff I wanted to write.

Boss Fight Appreciation Zone was my second series, and it was all about gushing over boss fights. Started about a year ago. Fairly popular, and a lot of fun to make, as well as look at. Might have overdone it a bit with the gifs, but they did a better job proving my points than still images ever could. The last planned blog never made it because it didn't survive the blogging tool changes. Sorry about that. :(

Super Funky Crossovers that should happen is one of my personal favourites. Easily the most fun I've ever had writing a blog, and the responses from other members played along brilliantly. I wanted to do another one like this, but didn't pull through, because I wasn't in the same mood. SFC has to come from the heart. It also has to start out semi-seriously, and then get more and more ridiculous as it goes on. My ideas for the second one were lacking, although Life is Strange X Leisure Suit Larry could without a doubt carry some good jokes.

Well I like it... was good for me, and No sir, I don't like it... was probably even better. It's nice to get out some unpopular opinions, and the comments on both were incredible. It just proves that this community is mature and respectful enough for differing opinions to have a place. We may joke about getting angry about this stuff, but we never actually do, which sadly can't be said for a lot of sites out there.  It feels nice to be able to say "I'll take Splinter Cell: Blacklist over Prince of Persia: The Sands of Time any day" with nobody questioning my intelligence, sanity or personal hygeine. Dtoid is one of the good ones, and that's why it'll take far more than a few weird changes for me to actually leave. Maybe having the site play an annoying five second music loop that can't be turned off, or putting pictures of dead people everywhere. That might make me leave.

My food blog was just a fun little non-gaming idea I had at one point, and one of the most pleasant ones to revisit in my opinion. Not sure why I got the idea of tying everything together with the 'speaking of...' thing, but I kinda regret not using it more often. Maybe not for every blog, but it made the writing a bit more fun. I stopped doing the music thing for a good reason though.

E3 blogs are very common, but this one of mine is a good reminder of how fantastic E3 2015 was. Plenty of stuff to be excited about, to the point where I could frequently include multiple runner-ups to the list of games I was looking forward to. What a feeling indeed!

PlayStation All-Stars: Battle Royale - What could it have been? (please forgive the huge images, it was made with the old tools) was actually nearly the start of another series. A really, really nerdy one, in which I'd take a look at disappointing games of the past, try to figure out how they were letdowns, and come up with alternate concepts for what those games could have turned out to be. Games I'd dissect would include Doom 3 and Oddworld: Munch's Oddysee, along with others that I don't remember. Part of me still kinda want to do it, but it would have to be worth all the time and effort needed to do it properly.

Doom 4 and the 10 Unholy Commandments and What can Yooka Laylee Do? both made it to the front page, which is an insane honour. Both were about upcoming games, and my personal expectations of each of them, which I think is a strange coincidence. Pretty happy about both of them though, so it's nice to see them be shown off the a larger audience.

I sincerely hope that people have been enjoying my stuff. Every little comment section beneath my blogs have felt like a tiny version of Christmas to me, as I always get excited to read what you guys have to say. Same goes for all the different blogs from others that I've been reading over time. Makes me sad that many members from just a year ago don't seem to be around anymore.

As for now, I have no idea where to move on to with my blogs. I'll still comment and make quickposts, of course, but the blogging is going elsewhere, and I'll be sure to tell you all where that is when I find out for myself. Until then, this is my last blog.

Thank you all for your support and kind words over time. You make it all worth it!