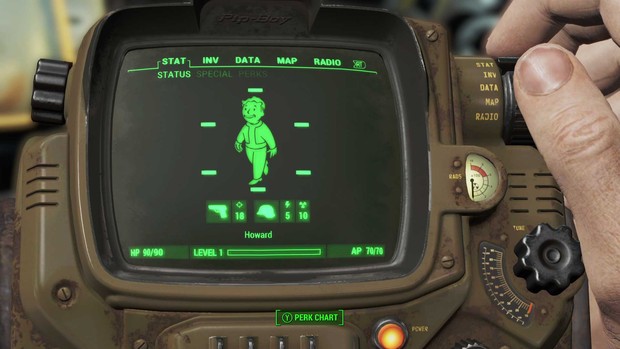 Disclosure for the ethics: You are not reading a blog done up by a Fallout veteran or even by someone who's finished a single one. However, that doesn't mean I can't speak about them! Who are you to stop me? Unless you're a mod, in which case, please don't turn this blog into a bunch of MS Paint dick drawings.

I mean, they're hard to disrespect. I appreciate their legacy and get a huge lift out of witnessing people's affection for the franchise's lore or gameplay on a level deeper than even my own afffection for best waifu Midna. Bethesda's games are just the kinds of games people really love and it's not difficult to see why.

I have at least played 3 for probably a combined total of 40-50+ hours and a solid amount of New Vegas. I've just never been able to get past their imperfections to push through and 3 doesn't exactly have that effective of a narrative push. Even if my dad is literally Liam Neeson.

The music, though, I have consistently loved. Before these games, my lone outlet for golden era pop, rock, and doo wap was my grandpa. Sadly, in his wrinkly old age, he's slowed down and kept his radio quiet so he can nap half the day, but the Fallout games continue to inspire my interest in the really REALLY classic stuff. 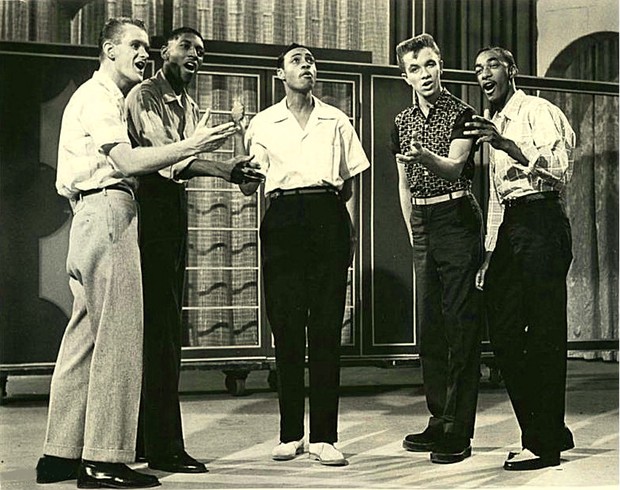 The few songs we've heard from the upcoming Fallout 4 are some of the best the franchise has put out and that's a mighty fine place to be with soundtracks featuring the likes of Butcher Pete or Johnny Guitar. It's gotten me pumped at the prospect of another double album's worth of contextualized music to enjoy.

My fair lady will stealth hammer ghouls, bandits, and mutants, all the while in a Spring dress and jamming to strangely appropriate music that somehow only she can hear despite her lack of headphones. Any of these following songs would keep the rads and depressive situations from eating away at my mood and, instead, keep me at the top of my game.

(There Never Was A Dog Like) Lad - The G-Clefs

I'm willing to bet whatever loose change or dollar bills I can find around the house that people will love their Fallout 4 doggies. He will be equal parts vicious and adorable. He will be your only true friend in the apocalypse. He will also die for narrative purposes, and you will cry like a bitch.

There will never be a dog like your Dogmeat.

Walk Like A Man - Frankie Vallie and the Four Seasons

When I first heard this man's voice on their track Sherry, I thought to myself "Now there's a dude who's probably been kicked in the nuts a few times.". I had to research further and found a very solid band for what they were. Typically, I'm not into that early Beatles sort of rock and roll, but these guys have a special sort of enthusiam that always puts a smile on my face.

I swear that I will catch you singing this in the shower through a peephole I have recently installed unbeknownst to you, I will sing the bass, and you will carry on like it is completely normal.

ALL SHE WANTS TO DO IS MONKEY!

War ain't good for nuthin'. Ya feel me? But, it is obviously a prominent theme throughout the franchise. Without it, you wouldn't have such an impressive Nuka-Cola cap collection.

It's something almost universally detested, which is why I'm sure we all here could get something out of this heartfelt spoken word track by country legend Jimmy Dean. For as simple and true as it may be, it gets me just a little choked up each time. I'm not even sure if I'd want this propping up during my FO4 experience, mostly because I would not want to be using my brain to process any other emotion but dead-eyed fury.

Much like your virgin Fallout experiences, love can be unpredictable. You won't be completely sure where things will take you until you get there. Some people are also kind of crazy and will take the piss out of a relationship.

I guess see-saws are a better analogy. I've always been terrible at those. But, wouldn't a see-saw that took days to switch positions be one very boring see-saw?

I may end up with some weird children.

Come Go With Me - The Del-Vikings

Out of any of the songs in this blog, this one might be the most familiar to people and while Fallout hasn't be known for just slapping in a bunch of billboard hits and calling it a day, they could use some of that particular flavor here or there.

As for me, I first heard this featured in the seldom-remembered Xbox title Stubbs the Zombie. It's music consisted of (thoroughly brilliant) covers of songs from around the time the game was set and it's one of the few times I'd highly recommend actually bothering to seek out a physical release of a video game soundtrack. It's that motherfucking good.

Bottoms Up - The Sabby Lewis Orchestra

You know, it's surprisingly challenging probing the Internet for Boston-specific bands from the 40's-60's. In my experience, it's not as simple as "Boston artists from the 50s", all my problems are solved, and I can go back to not playing Metal Gear Solid V. I could've background checked every artist that caught my interest, but I have the attention span of a gnat. That would be impossible.

What little I turned up was either stuff very hard to link or from around the era drugs became a huge fad, giving us songs about "white" rooms and being a walrus for some reason.

Sabby Lewis was supposedly a very popular figure during the 40's-50's for the Boston music scene. So, hey, how could I not? Here ya go.

Have I Sinned - Donnie Elbert

Holy shit. Nevermind Frankie Valli, this dude has one high-ass voice. I actually thought it was a very pretty lady, but it turns out to be a handsome young man.

About 80% of what I do in Fallout is sin, so it's silly to consider the above track. Even most my good deeds are two-faced to some extent. If I can get away with it, I will steal from your face. It's every man, woman, mutant for themself! Come Fallout 4 and it's use-anything crafting system, my compulsive hoarding will only get much worse.

You better keep some bear traps in those pants of your's. Otherwise, not only will I touch your butt, but I will take those precious undies of your's. I need them.

This man was responsible for my favorite Fallout 3 track, Butcher Pete. Such a lovingly cheeky tune. By that same token, he was also responsible for one of my least favorites, Mighty Mighty Man. So redundant. How is one not just mighty, but mighty mighty? Is that like... more? Or some emphasis? I don't know.

Despite, Roy Brown clearly has music at the heart of his soul. It's rare to have passion shine through so outstandingly, but I can't hear him, even at his worst, and think "Eh, he was just phoning it in.". I will always be happy to hear more from him. Give it to me, Bethesda.

Here's a link to a playlist I made of these via Spotify for you to pleasure your ears anywhere you go: https://open.spotify.com/user/129747898/playlist/0ifwvGKGMGYTs9ZmSKfuW8

Is anyone here also into this kind of music? I would love to here your suggestions! I've been binging on this stuff for over a month now. Personally, Frankie Valli and Roy Brown have very fun listens so far.