1.
a situation requiring a choice between equally undesirable alternatives. 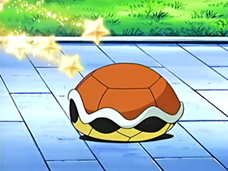 Is it safe to come out now? For a while the blogs were a mess as a result of the removal of the forums. They just shoved quickposts in and well it was a mess. So I took a hiatus until things became stable and Destructoid figured out. Everything looks safe, and they seperated quickposts and c-blogs, so all is right with the world... er... Destructoid, anyways I digress.

So maybe your like me and you really want to play MGS V but you also really REALLY hate Konami, and for good reasons too. Where to even start with Konami, I mean there are just so many reasons. I could talk about how Konami has decided that they hate video games and pachinko machines are now their thing, and how in order to feed their Pachinko addiction they're more than willing to whore out their most beloved franchaises. I won't, but I could. We could talk about how Konami treats their employee's like sub-human refuse. See this Article. I won't, but I could. I could talk about their odd addition of mysterious microtransations, in a game they have no purpose in. See this Video. I won't, but I could. Let start this article with the firing of Hideo Kojima. Really I doubt that the feeling wasn't mutual, but the fact Konami had the Kintama (balls) to then remove all mentons of Kojima and his production quality from the game, is really the shocker here. Not only is that just childish and immature, but it's incredibly unprofessional. This really reflects Konami's attitude towards games and human beings. Imagine for a second that when Star Wars VI came out, Fox let Lucas finish making the movie and then before it came out Fox fired Lucas and removed his name and all mentions of Lucas' company from the movie and it's promotional material. It's ridiculous. Like straight up Bond villian material here. "Thanks Alexikov for making my grand laser death beam!" says Konami. "Right Boss, now we can rule the world!" Says Alexikov. "Oh... About that" Konami then turns to Alexikov and pops a cap in his face. "Somebody clean that mess up and also remove any trace of him ever" I digress. So what to do about all this? You really want to play MGS V but you don't want to support Konami. My advice? Let your wallet do the talking. Actually buy MGS V. "But, won't that be supporting Konmai?" you may say... Well, yes and no. While it's true that you will indeed be giving those soul devouring serpants money, you must realize that Konami only cares about Pachinko because it's making them more money than games. So, by buying MGS V your showing Konami that there's still money in games. Furthermore by buying MGS V, which seems to be recieving universal praise, your showing Konami that it's only quality games that people want. Next make sure to always mention how much Kojima is a freakin genius for making this game, and never give Konami any credit. That way Konami will get it through their thick-skulls that the people who make their games, especially a genius like Kojima, are irreplacable, and they are what makes a game great, not the IP. Next don't buy any microtransactions. Just don't. If we stop buying them, companies will discover that they're not making any money and a complete waste of time. Finally do NOT, I repeat, DO NOT buy the next MGS game. This step is vitally important. Konami will of coarse be making another Metal Gear, one that Kojima has nothing to do. Let's be honest who would want to play a Metal Gear game without Kojima? However through sexy trailers, and your love for the franchaise Konami will wear on you, they will slowly beat you into submission and you'll want to buy it, but my child, stay strong, fight your carnal urges and overcome the temptation... besides it's going to suck anyways. By not buying the new MGS it'll show that you truely care who is making your games.

Anyways this is the solution I came to after much thought upon my porcelin throne. I want to believe this works, and to be honest it's the best solution, but it's under the assumption that Konami are just greedy and not incompetant or ya know, actually an evil organization bent on the suffering of mankind...

Speaking of which this is the most cructial step, Stop saying "Fuck Konami" and don't call them soul devouring serpants. Do as I say, not as I do children. In all seriousness, this is very important because if we address with hate, spite and rudeness they'll just assume we're trolls and they'll block us. Our voice will be ignored. If we, however approach Konami with respect(ech not respect ew), politeness (much better), they might actually listen to us.

So stop with your Dank Sterling May-Mays... even if it feels so right... so, so right.