Rambling on Story in Mario Games

Story has never been a major focus for the Super Mario series, and rightly so. A platformer as simple and engaging as Mario doesen't need a deep plot for us to want to jump on goombas. We don't need a insight into Mario's internal struggles or Bowser's tragic backstory in order to feel motivated to play a Mario platformer, the mechanics and feel of the game are justification enough. It's fun at its core, and it still is 30 years later. That being said,  I have been feeling quite a bit of fatigue with the Mario series recently, and when I try to figure out why I think story of all things may be a huge part of it. 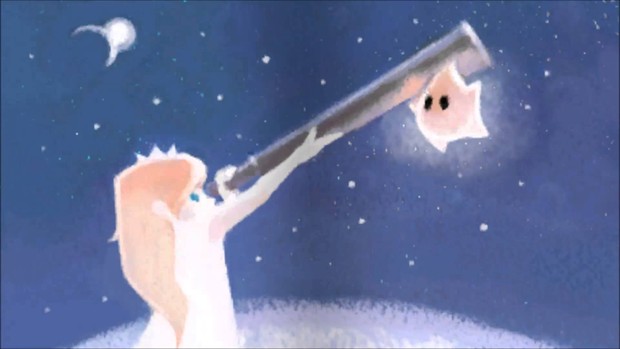 A lot of my weariness with Mario in recent years is a direct response to the 'New Super Mario Bros.' games, which have unashamedly wrinsed and repeated the same setup for five seperate entires spanning 4 seperate consoles. That's a long time to be exploring the same same worlds in the same visual style. As you'd expect, the gameplay and level design is all top notch in these entries, but boy are they dull when they're all placed next to eachother.

Having a near annualised Mario game that did little to push the envelope was a stark contrast to the earlier iterations of the series. Heck, you could of easily kept it all on the same engine if you were concerned about cost, but it still baffles me why every single game in the series for the last 5 entries followed a strict template in terms of level themes for each world. It just seems criminal for a series that prides itself on inventiveness and creativity to cling arbitrarily to a set of motifs that could of easily been switched out for something more unique and interesting each time.

That being said, there's more to mario than 2-D platformers, and the mario RPG's are some of my absolute favourite games that the italian plumber has put his name to. A big part of this is how the mario spinnoffs, due to their nature as side projects, are able to take mario into some really creative situations you'd never see otherwise. Mario's been stranded on tropical islands, gone to a haunted university abroad, had his body stolen and much, much more. It's always refreshing to see how the mario RPG's fearlessly expand the world that is the Mushroom Kingdom, especially when the main series games play it so safe.

The Mario universe is rich, full to the brim with locations and characters and at the same time it's written loosely enough that new ideas and locations can be implimented without upsetting the world's lore. It imposes very little creative restrictions and allows for easy integration of new ideas. No one cares that the Mushroom kingdom seems to be completely different from game to game, the setting is whatever it needs to be for mario's adventure, and that's the way it should be. Plot and setting should always be at the service of the game's needs and mechanics, rather than limiting creativity. I think that apporach is what made the early mario RPG's so interesting. They dared to have fun with the IP. 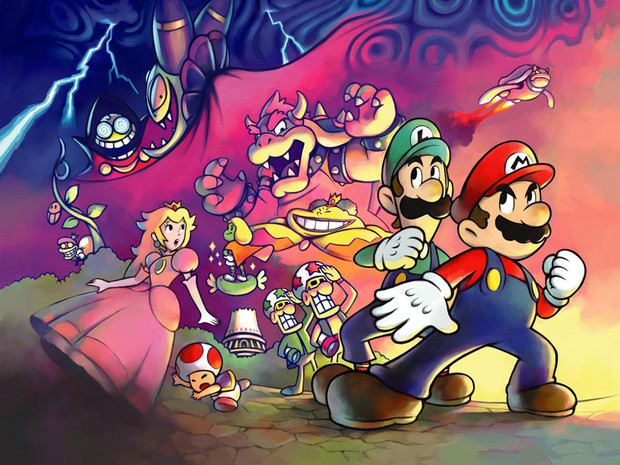 You can imagine then how my heart broke when I saw what became of Sticker Star. Here was a new Paper Mario entry, but without partners, without Bowser's personality, without interesting side characters and even without any of the iterations on basic Mario characters the series was known for. Suddenly we had a Paper Mario that had none of the elements that made me fall in love with the original.

This was a deliberate move, as Miyamoto was stated to have told the dev team "It's fine without a story, so do we really need one?" and, "as much as possible, complete it with only characters from the Super Mario world". I don't understand what was gained by doing that. Far be it from me to question a genius like Miyamoto, but I really don't see how that restriction benefited the game in any substantial way. To see the stripping back and, in my opinion, dumbing down of 2-D mario bleeding into the other Mario series was frustrating. Mario doesen't have to be basic to be appealing, especially in an RPG, and I feel Sticker Star only suffers because of that attitude.

This general bleaching of story elements from the Mario games also carries over to the 3-D entries. 3-D Mario has become increasingly linear and simple, both from a gameplay and story standpoint. Overworlds are smaller and simpler and level design is now a series of obstacle courses rather than a large playground. When you compare the cutscene heavy, exploration based Sunshine to 3-D World you can see a stark change of direction, or refinement, of what a 3-D mario game should be. 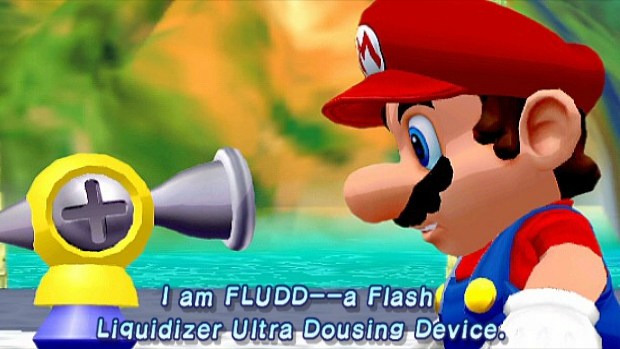 Possibly one of my favourite games of all time, Super Mario Galaxy, handles its story elements in probably the best way possible. Everything from the first few minutes of gameplay is high concept, beautifully orchestrated and epic in scope. Galaxy's opening moments are exciting and dramatic, all without stopping the player from, you know, actually playing the game. Both of the Galaxy games manage to have an a very grandiose backdrop with remarkably little set up time. Peach's castle is lifted into the stratosphere and Mario is lost in space within the first five minutes. It's great.

The cherry on top of the whole experience for me was Rosalina's storybook. Apparantly, the game's director Toshiaki Koizumi wrote the script late at night when no one was around. The next day, he told Miyamoto about the story and presented it to him and it ended up in the final game. Suddenly, we're playing a mario game that has a backstory dealing with themes of loneliness, love and bereavement. These charmingly illustrated story chapters always reminded me of Antoine de Saint-Exupéry's 'The Little Prince', which is such a weird and wonderful thing to see referenced in a Mario game.

It's poignant, sweetly delivered and (here's the best bit) entirely optional. Rosalina's backstory doesen't distract or hamper the player's enjoyment of the game, as these pieces of story are tucked away in an optional area and never forced on the player. Nothing is lost through its inclusion, and if anything it only serves to elevate Galaxy in my mind. It cements Rosalina as a great addition to the series, and gives Galaxy a layer of emotional depth that would be difficicult to communicate through conventional Mario gameplay. It's story in a Mario game done right, as the series and the game itself is only richer for its inclusion. 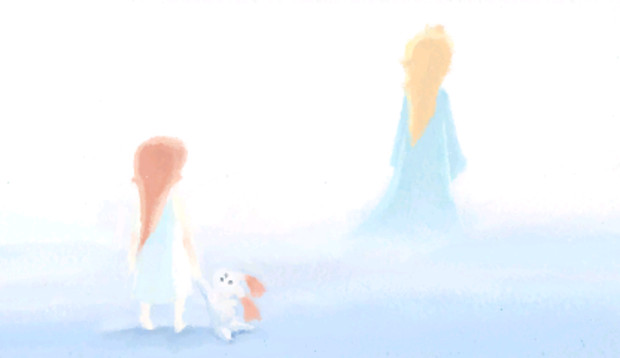 Anyway, that's the end of my ramble. After thinking about this topic so much, I made my own little tribute to the Galaxy games for giggles. Have a gander: 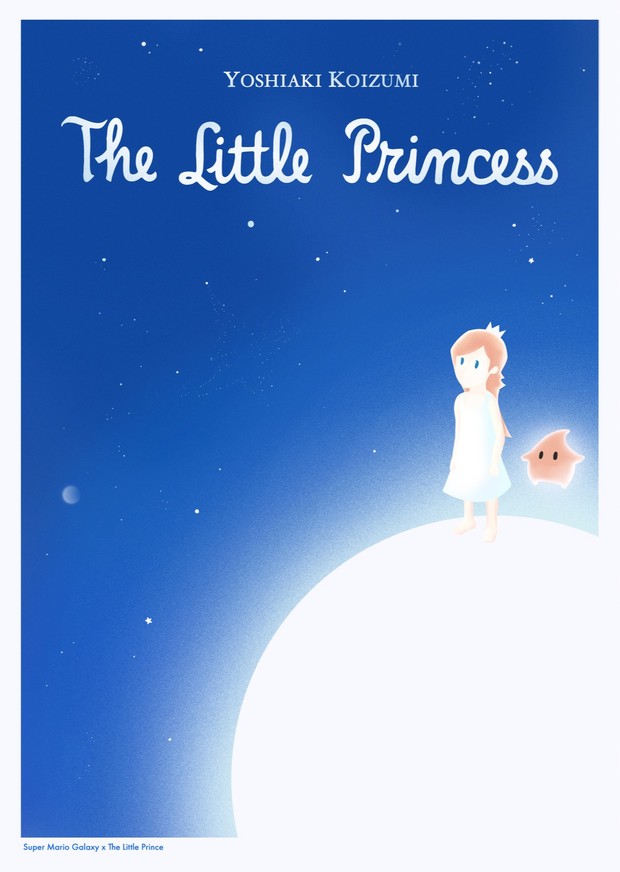 The Mario series' focus on gameplay and mechanics is something worth celebrating, but I genuinely hope that Nintendo doesen't play it too safe in the future. Mario games are at their best when they're making leaps of imagination, and I hope that the next mario platformer we see makes my jaw drop in the same way it did when I first saw trailers for Galaxy.

Let me know if you guys have any thoughts on this topic. Is Mario fine where it is? Did 3-D World's approach to set up and gameplay satisfy you? Does anything I say make sense? I'm wondering if I'm alone on this.

A Graphic Design Student with a love of games and a lack of time.