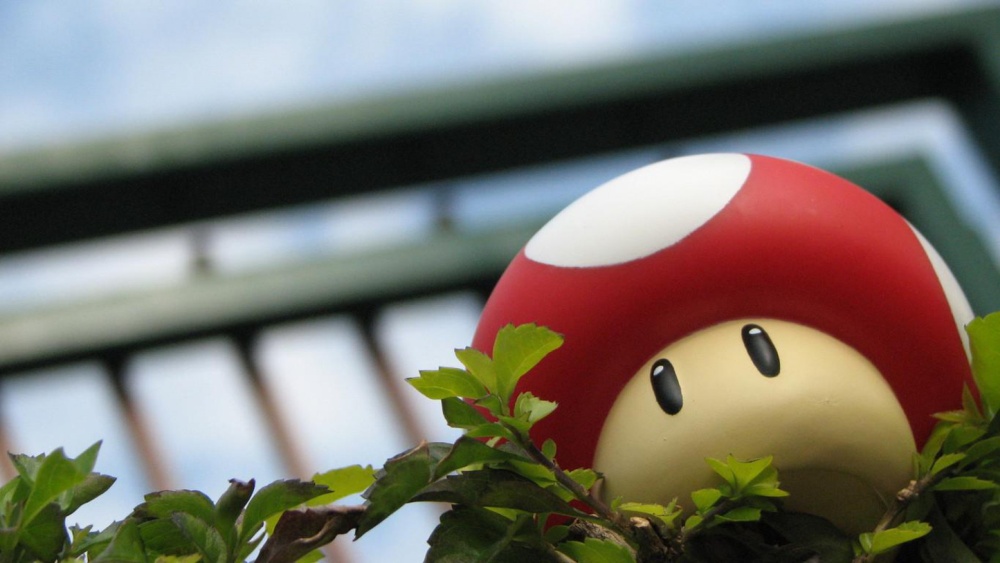 On Skills and Trying to Avoid Spoilers 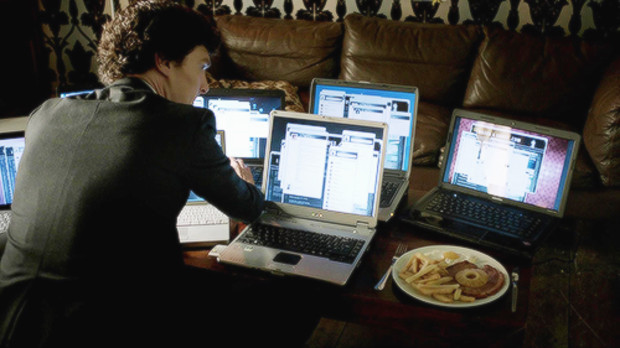 Today I was listening to this video from TotalBiscuit, Jim Sterling and Let’s Player veteran Slowbeef in which they discuss Konami’s doling out pre-launch copies to select Let’s Players so they can publicise the game before release, though obviously not to reviewers. They talked of many things, and you should totally watch it; but it raises the issue of avoiding spoilers, because when LP-ers are putting out videos before release those videos will be discussed everywhere and most people desperate to avoid spoilers are doomed lest they sever contact with the digital world. As someone who is the social media equivalent of a hermit, that’s not a problem. What is a problem are the skills I’ve picked up studying history. I love history, but damn it can be annoying sometimes.

The bulk of my research work consists of looking at sources that often give very little information individually, and piecing that information together to find out what the hell happened. The problem is pretty clear: if I see lots of little tidbits of story spoilers I can make accurate guesses as to what happens. Telltale games are almost off limits to me, because I just work out what’s about to happen and I am usually right. When I’m not right - it’s great, but depending on the quality of the writing and the subtlety of any foreshadowing that can be rare and unfortunately, Telltale is rather predictable. It’s not as if I can turn that skill off and on again either – it’s there all the time.

It took the shock of Portal 2 from me when I played it a few months ago – having avoided spoilers for years. Wheatley’s betrayal was something I expected. I went through levels wondering ‘is it now? Nope, what about now? Nope, wait, no. It’s coming, now, yes now’ and whilst the gratification of guessing the twist was good, I can’t help but feel slightly sad at missing out on a great moment. 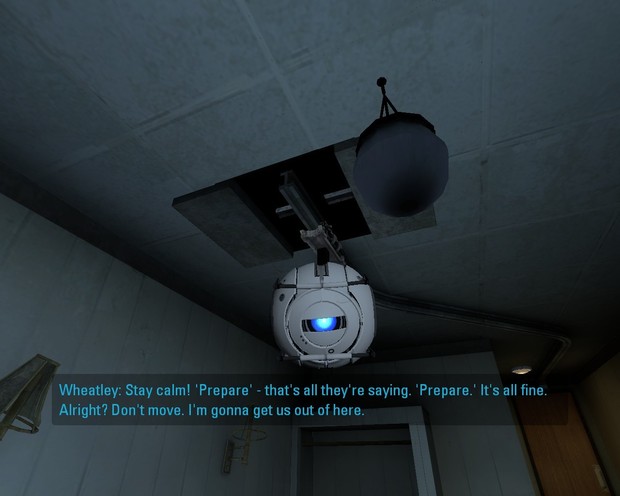 This has created problems for me lately with Knights of the Fallen Empire; Bioware’s all story expansion to SWTOR – a game I enjoy and an expansion that I am definitely on the hype train for. Firstly, the trailer gives away a big moment of the game (which the developers have hinted is from Chapter 3 of 9, so it’s not like it’s even in the first hour of the story) and it is billed as the pivotal moment of the expansion. Whilst I don’t doubt that there are many other moments like it, it is still slightly discouraging to know in advance that I get that choice. So often in games billed on choice that choice is skin deep. From the trailer, you may be able to side with the baddy, at least for a little while – that would have been an extremely welcome twist that I don’t get to enjoy.

But the problems with avoiding spoilers for KotFE don’t stop at the trailer. SWTOR is an MMO, and implementing new content is often done over the course of several updates to reduce overall downtime and fix any problems long before the update launches. This means that even though KotFE is still ages away, some of its files are already lurking in the SWTOR folder. And that means dataminers. Bioware has made it very clear that datamining is not allowed under the terms and conditions, and has diligently closed threads containing datamined information or spoilery content – though obviously it does not stop people speculating from trailers and developer comments. Unfortunately, some of those threads and comments happen to be around when I check the forums – and some pricks put potential spoilers in the title. 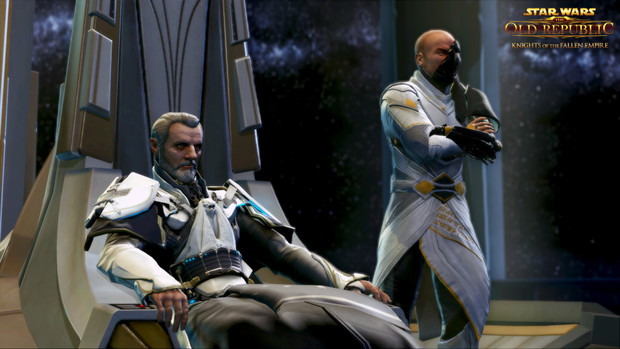 So what to do. I cannot ignore developer comments as there are major changes to the game on the way and I’d kinda like to know what’s what when I boot up the game on launch day – so I have to at least look at summaries of changes, and that means glancing at the forums every so often. The developers are also doing a big stream in the next few days where they’ll show off a demo of the game. I won’t be watching it. Not because I don’t want to, I really do. But because I will almost certainly see something hinting at story, and put the pieces together with a reasonable degree of accuracy. And I’ll have to avoid the forums too – as people will be doing the same there and they’ll have noticed things I haven’t, and my accuracy will only go up. It sucks to want to speculate, to want to see these devs talk about their work, but being unable to lest I spoil the story for myself.

A particular part of studying history is that you develop an acute awareness of provenance – the context surrounding a piece of information. For instance, at E3 it is safe to assume that trailers are embellished and that ‘gameplay’ is scripted because it is E3. The publishers want their games to look as good as possible to sell as many copies as possible, so they will make trailers look better than the game, and make it look as if it plays seamlessly even though no online game in the history of www. has ever been seamless. This awareness is quite the advantage when viewing marketing material. Less of an advantage in matters of story. 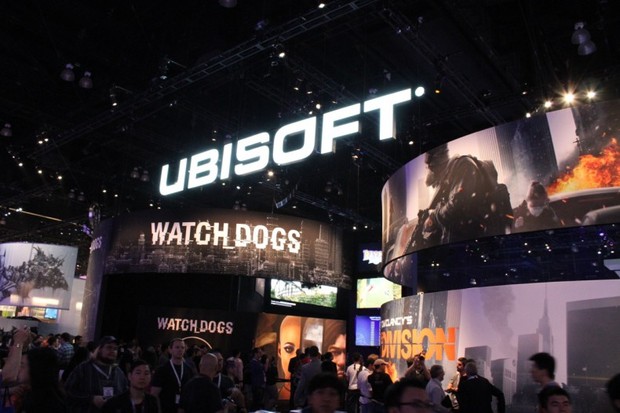 Aside from realising that most characters’ actions and words don’t tally with their lives (like Tali in Mass Effect; her actions and dialogue make little sense given her previous lifestyle) you will start to notice the impact of a developer’s resources and work schedule on a game. Telltale games almost always trail off around the third quarter mark as the developers get caught between the ending (which is always good) and the ‘conflict’ of the middle part of the story. For example, The Walking Dead Season 2 is widely regarded as fantastic – apart from episode 4 of 5, which was very slow and frankly predictable. Let’s just say that if there was a heartwarming chat in Ep. 4 – that character will die soon. That got tiresome, and is part of a pattern where Telltale games lose their charm in the second to last episode. Knowing how Telltale tends to work in terms of their writing patterns and their release schedule exacerbates this effect. 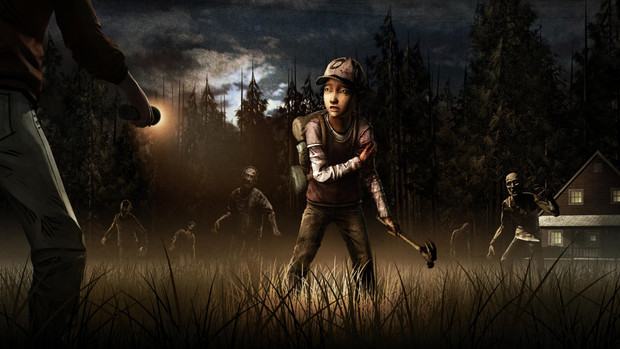 So on the one hand, whilst having these skills is helpful when buying, it is a pain in the arse when trying to get hyped and it heaps disappointment on me when I play a game. The best writers purposefully negate the impact of these skills – they know that such people will be playing and work around it. SWTOR’s Imperial Agent storyline was great for this. It fired off twists like a gatling gun, and I had no chance of guessing all of them – it actively challenged me to put pieces together and then when I thought I’d done it, a spanner would be thrown in the works for good measure in a way that made sense to the story but still served to keep people like me guessing. The Agent story is one of my favourites in gaming, simply because it beat me. In its final twist, it actively used provenance to fool me.

But then there's the other end of the scale. Things like The Vanishing Of Ethan Carter, the twist of which I'd guessed correctly in under 10 minutes. The game kinda sucked (it's a true 'walking simulator') but I thought that because of the hype it had story going for it. Nope - just lot's of walking and staring. Everybody's Gone to the Rapture would satisfy me, but it's so badly designed I cannot break into it. Grrr... walking simuators. I'll write something about them at some point. Though The Stanley Parable was a wonderful experience for me, as piecing it together became a kind of meta-game. I wanted to work out who the narrator was, who the narrator narrating the narrator was - and whether the game had a point beyond satire. That was fun.

So whilst I love to speculate as much as the next guy, I can only do so on a small amount of information. Just a trailer – and nothing more. No datamining. No hints from developers. No streams. Nothing else or I’ll probably spoil it for myself. Sometimes being a historian is fun, you get to study the Crusades, the Romans, Pirates – the cool stuff. But sometimes you get stuck with British socio-economic history and a big ol’ spoiler for The Walking Dead. *sigh* 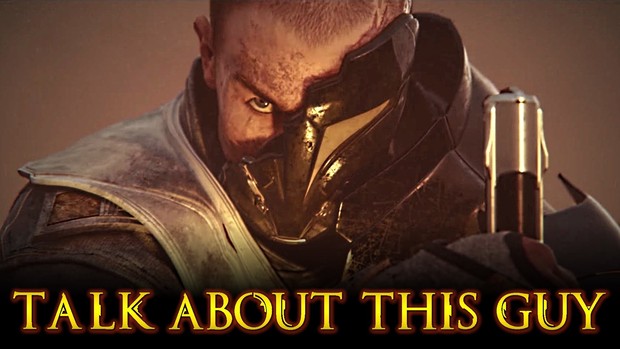 No - you'll spoil it. How do you go about avoiding spoilers? I don't have social media to deal with, so perhaps it's actually a little bit easier for me. Do you even care about spoilers? Some people like to know the major plot before playing - I don't get those people, so if you are one of them please enlighten me.