The Last Four Years, or Where the Hell Jinx Has Been (NVGR?)

After being very active in the c-blogs, including doing recaps for a while, I kinda dropped off the face of the earth a couple years ago. Yeah, I’ve done a few image-focused blogs over the last year, but I don’t count those entirely. Those of you who are friends with me on Steam have also noticed my negativity toward games, and probably heard me complain about how I can’t concentrate on them anymore. I’m doing a little better but I wanted to lay what’s happened out there for you guys and for myself because it’s been a brutal road. If this is too long just skip to the end for the TLDR summary ;p

Bits and pieces of an unwritten dissertation. Can you tell I used to program BASIC?

About five years ago I decided to return to graduate school. I have a BA in English & Creative Writing and an MA in Cultural Anthropology (think sociology, but cross-cultural), so I was returning to finish my PhD. It seemed like a good idea at the time, and my first year went pretty well, mostly taking classes to catch back up and rebuild my confidence.

During that first year I spent a lot of time Facebook chatting with my friend Sarah from back home (I lived about 3 hours away). She worked at a bar so she got off late, and I’d be up all night at Tim Horton’s studying. Late the next Spring, after class was out, we started dating. I could drive back and forth pretty easily so we spent a huge amount of time together over the summer. 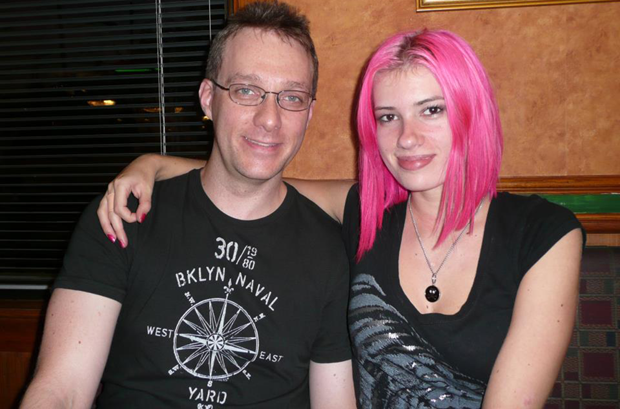 She was brilliant and beautiful and cool and I was pretty crazy about her. We had a really wonderful summer together. But while we were doing fine as a couple she was gradually deteriorating psychologically. I tried to be supportive, but she always kept a certain distance I could never quite overcome when it came to her depression. I couldn’t convince her to get help, either. In August she broke up with me out of nowhere with little explanation. I spent the next month back at school, torn between how hurt I was by the breakup and how worried about her I was. She lived alone and I know well myself how depression can get worse when you are alone. I kept begging mutual friends there to go spend time with her, and I tried to be supportive but she finally just shut me out. Exactly one month after breaking up with me she committed suicide.

It destroyed me. I kept having breakdowns and crying spells, and it was like I couldn’t think about anything else but her. When someone dies like that your mind gets stuck in the last month or so beforehand, reliving everything that happened, looking for what you did wrong, blaming yourself for not doing more to save them. I kept going through every little detail of our last conversations. Maybe if I’d been a better boyfriend she wouldn’t have broken up with me and this wouldn’t have happened. Maybe if we hadn’t argued about the breakup she’d have been okay. Maybe if I’d gone back to visit I could have supported her more. It takes a long time, but eventually you start to accept that it happened, there was nothing you could do, and it wasn’t your fault. Except on those nights when you can’t sleep and it all happens over again. 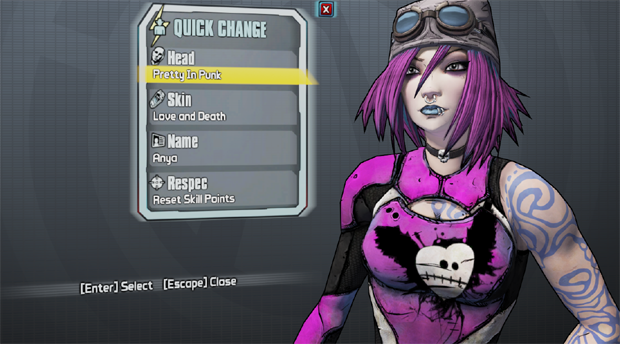 The anxiety attacks wouldn’t go away. In-between places were the worst. In the car, in the shower, taking a walk. Sometimes driving back home to visit friends and family I’d start crying and have to pull over on the freeway until it went away. One time I found a pink hair in my car and had to cancel a trip home because I just couldn’t cope.

It was around this point that I started taking clonazepam (Klonopin). It’s a “benzo” class anti-anxiety drug like Xanax. I already had a prescription for school anxiety, but I only took it occasionally. After Sarah died I just started taking it as prescribed to help alleviate some of the anxiety (I want to stress that I never “abused” the drug, I just took it how and when I was told to). 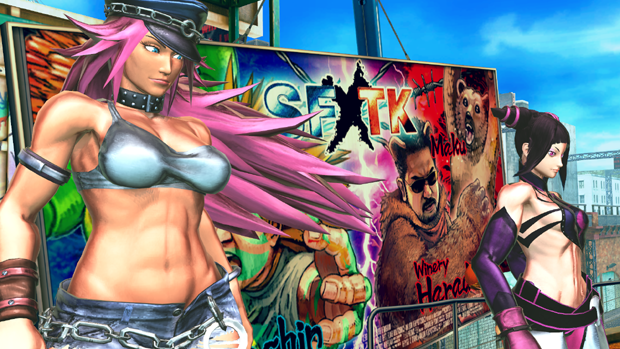 Benzos are highly addictive, require higher doses over time, and have severe withdrawal symptoms for most people. I realized I was getting addicted to it 4-5 months after I started taking it regularly and tried to get off of it. I made some progress but I couldn’t function in school that way so I decided to just keep taking it as prescribed. I was basically trapped at that point, because I couldn’t afford the disruption the withdrawal symptoms would cause to my life.

It took me a couple years to really start getting over Sarah’s death, and it still hurts badly sometimes. But the clonazepam remained. I had decided fine, if it helped me deal with that and school I’d just accept it and keep taking it. But gradually it started causing other issues. Even when I was taking “enough” I was having withdrawal-like symptoms. Withdrawal symptoms of the drug for me were severe anxiety, difficulty concentrating, and sometimes nervous ticks like little shakes/jolts. Mostly it was the concentration and focus that were going, making it difficult to get any work done, especially at a near-dissertation level where my work was mostly independent writing. I eventually had a bit of a meltdown and did a medical withdrawal for a semester to get the hell off the stuff. 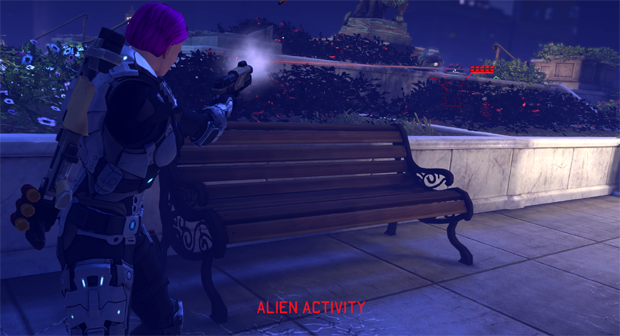 The problem is, it didn’t work. I had to taper extremely slowly because the withdrawal was so severe for me (cold turkey isn’t an option and can be dangerous). I’d be laying in bed late at night, freaking out with an increased heartrate and nervous shaking. It was pure hell. My anxiety over Sarah’s death would come back some nights, too. And we’re not talking days or weeks of withdrawal. It was months. I started in the Fall and I wasn’t done in time to start Spring semester. Just the idea of checking my email for school would start me shaking and stuttering so I couldn’t even do the paperwork for a leave of absence. With help from my family I just left. I haven’t talked to my advisor or anyone else there since.

After that I moved in with my grandmother; my mother figured we could sort of help each other out since she didn’t want either of us alone. That was a year and a half ago. After moving I continued to taper and managed to get off the medication. A couple weeks after, I was “done” – the medication was no longer in my system. But the withdrawal symptoms didn’t go away.

The shakes, the nervous ticks, the severe anxiety in relation to anything related to school, work, Sarah, and any other sensitive subject remained. I couldn’t focus enough to play most complex games or write much, which is why you haven’t seen much from me here on the cblogs. That’s also why I get exasperated with games so easily, I can’t focus enough initially to get into a lot of them and it drives me nuts and makes me feel stupid. I’ve tried to find a way to describe it, and came up with a pretty good metaphor. Have you ever accidentally put on someone else’s glasses? To where everything is unfocused hard to grasp visually? Imagine your entire brain turned to that when you really tried to use it. It wasn’t all the time and with everything, but writing and complex games were usually too difficult. I felt a lot like Fitz in season 2 of Agents of Shield; I knew I was smart but somehow I just couldn’t get my thoughts together. It was terrifying to think that I might be like that forever, and I kept hoping I’d magically get better or find some new medication that would fix things. 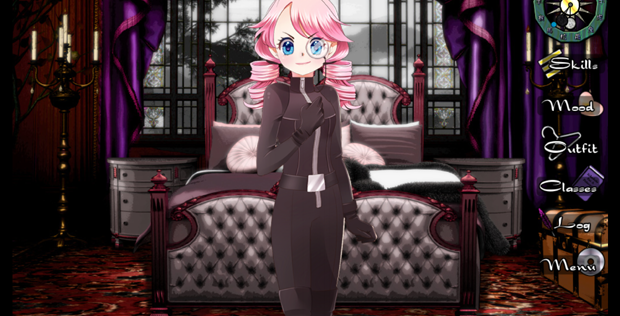 They (my doctors here) finally tried me on Latuda a few months ago, and that seems to have helped a bit. I’m losing some of the weight I put on because the uncontrollable nervous eating has stopped. I’m doing a bit better with the gaming and writing, too. At this point I want to “rehabilitate” my brain by forcing myself to write and do other creative work. In a “good” week I managed to learn enough WordPress to make a site for my Steam grid view images, which were a sort of obsessive-compulsive thing I started doing when I was bad and couldn’t focus well on larger tasks. I’m ridiculous proud of that tbh. And I’m finally managing to put this blog together, a blog I’ve wanted to be able to write for over a year. Hopefully things continue to improve. I guess it’s just taking way longer that I want it to, and I have no idea what to do with my life once I am well enough to get back to work.

TLDR:
1) I went back to grad school.
2) My ex died.
3) I was put on medication that wrecked my life and mind.
4) I’m still struggling to get those two things back together.

Sorry for the depressing blog. I don’t really expect many people to read it, I know it’s super long. I just needed to dump it out there for myself. And hey, it’s good practice writing and teaching my mind to organize stuff again. I honestly didn’t think I would manage to get this all out. Not sure how long I'll actually leave this up, not crazy about having this much personal info up indefinitely.