Exploring the Void in Everybody's Gone to the Rapture

May 2011. I was working at Best Buy when the rapture was supposed to occur. I remember that we made some jokes about it actually happening, laughing over our employee headsets about turning a corner down an aisle and seeing nothing more than a pile of clothing and scattered CDs as our customers floated through the building’s roof, only now as ethereal shades of heaven-bound lights. When the proposed minute of the rapture struck, one employee said something about “seeing us on the other side,” as we all looked around our respective departments, eyebrows cocked for any heavenly departures.

Looking back, the thing that stands out the most about that day was the eerie feeling of what could have been. Any sane person – myself included – was quick to brush the idea of a massive exodus to heaven by all the “good” people. But still, I distinctly remember feeling strange thinking about the endless possibilities of what if. 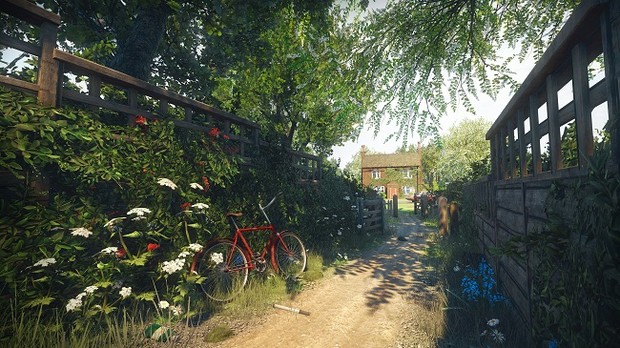 Everybody’s Gone to the Rapture reminds me of that experience at Best Buy for obvious reasons. It’s a game that toys with the concept of an entire village up and disappearing. Told almost entirely through second-hand accounts of what’s happening and strange, light-enveloped flashbacks, Everybody’s Gone to the Rapture hits strides in the unsettling department by carrying itself with the sonorous tone of deathly seriousness.

The decision to refer to Rapture here as an experience is a conscious one. Debate – if it already hasn’t – is sure to run rampant regarding The Chinese Room’s ability to craft a game. The definition of a game and all of the associations that come along with it, are sure to rear their heads now that Everybody’s Gone to the Rapture has been released.

Within the windswept valleys of Rapture, there is an air of mystery; a sense of displacement. Your character is a lone traveler in a place that has been abandoned. Guided by haunting orbs of light and increasingly informative transmissions, Rapture has players attempt to make some sense of an entire village’s disappearance.

There are no answers that come easily in Everybody’s Gone to the Rapture. And that, ultimately, is its greatest strength. By eschewing “traditional” gameplay methods – i.e. player agency outside of moving about the world, opening gates and doors, and pressing an interact button – The Chinese Room have created a title that relies on the player’s curiosity to go forward. There are no real levels to complete, no skills to unlock, and no motive to continue the game outside of a desire for answers. 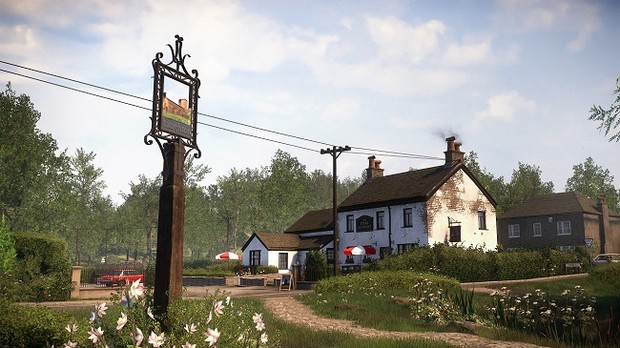 It feels experimental, really, and it would be easy to label Everybody’s Gone to the Rapture as this if it were not for The Chinese Room’s reputation for creating slow, albeit impressive, “walking simulators.” Rapture is more of this, of course, but on a considerably more interesting scale. Progressing through Rapture is a treat for its ability to inform players of the village’s past while slowly illuminating on the future. The small gossip that makes up some of the game’s uncoverable sequences seem like bucolic rumors and feuds at times, but illustrate a grander picture. Rapture’s citizens – before the game and after their disappearances – are small players on a universal scale.

The sense of scale is palpable. If games are ultimately about evoking some kind of emotion from the player, be it pure happiness from popping the head off of a zombie or a philosophical revelation in a different title, than Everybody’s Gone to the Rapture succeeds in establishing itself as a game.

After spending time with Rapture, it’s hard to tell if I loved it or if it is fated to spend an eternity of ambivalence in my memories. I don’t think that it matters either way, because the one thing that Everybody’s Gone to the Rapture instills is that oftentimes – especially in a video game – the journey is more important than the destination.