A Personal Essay About The Nintendo 64. 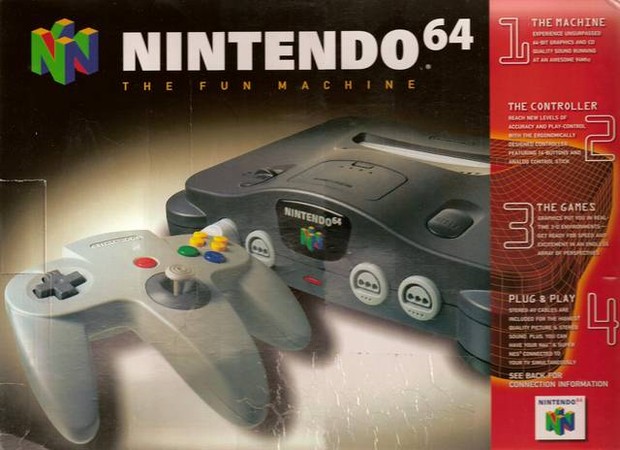 I first saw the Nintendo 64 in-person at a friend’s house at the young age of six. They had managed to get one near the launch, and I was infinitely jealous, like any child would have been. It’s a very annoying feeling. Suddenly, everything I owned at that point wasn’t quite worth it - every toy, every piece of electronics that my parents bought for me, it was nothing. Now, I loved my older game consoles, of course, but no matter how many games I played on the Super Nintendo, the N64 was still beyond my reach, and that meant that I needed it more than I needed anything else in my then-short life.

Of course, I asked my parents for a Nintendo 64 within minutes of learning about it. I remember my mom saying that there was no way I could get one, since the N64’s launch of September ’96 was already a month after my birthday, and, of course, my parents bought me a ton of gifts for the momentous occasion. I responded to that perfectly valid argument with the classic retort of "B-but my friends all have it!"

My dad, hearing this, basically decided that no son of his would go without the latest and greatest thing, and thus he decided that I would get a Nintendo 64 the next day.

In a few ways, I think my dad was more excited than I was about the new console. He was always a fan of gadgets and technology. My dad was definitely a Columbia House subscriber, possibly for multiple ones from other record labels: His CD collection was always full of bands that he probably didn't actually listen to. The sheer fact that he had a collection of CDs back when CD players were still prohibitively expensive was enough to clue someone in. His love of technology definitely extended into video games, at least initially: he bought my mom a Nintendo Entertainment System back when they were still dating. From what I know, one of the barbacks at the bar my dad ran was ranting and raving about how awesome Super Mario Bros. was, and that got my dad interested. Oddly enough, this was where he drew the line with buying games and playing them himself, since he didn’t buy much else until I was born. He loved Duck Hunt, and he hated that bastard of a dog that mocked him whenever he screwed up. I think he would have gotten a kick out of the Duck Hunt Amiibo. But that was really it for him and games. My guess is that the game was fun enough that he didn't need to play anything else. Or maybe he didn't know the sheer amount of stuff you could buy for the NES.

In the long run, my dad didn’t necessarily care about video games on their own. He cared because I cared. Once I was born, the NES became mine, and we couldn't get the damn thing to work to save our lives. It eventually went into the hands of a childhood friend, who probably had the same problems with it as we did. I don't hold the NES in too high a regard nostalgically, since I was born in 1990 and we had so much trouble getting the thing to work. But still, the groundwork was laid for my future as a gamer as it was with countless others: with Super Mario Bros. But that isn't want this essay is about. I digress. 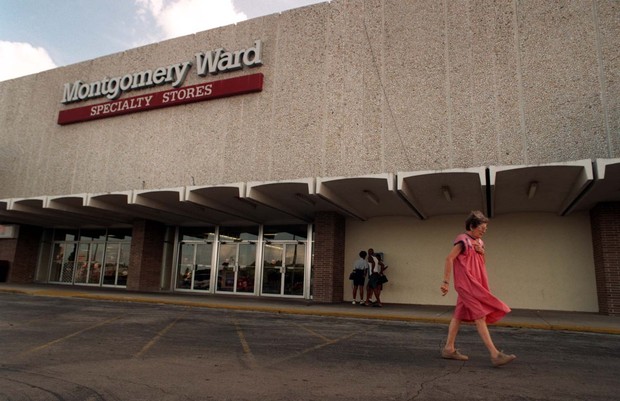 The next day, my parents got me up at 9 AM to go to Montgomery Ward to get a Nintendo 64. I don’t quite know why we went there to get it, but I’m sure it had something to do with my mom shopping around for the best prices. She always had a knack for finding sales, and just as much of a knack for refusing to buy things when they weren’t on sale. I know that if my mom had been mistaken and the Nintendo 64s were priced $5 higher than whatever catalog had listed prices, I probably wouldn’t have gone home with a console that day.

The game sections in older department stores always seemed better than the modern day. I'm sure there's a reason for it, like being a little kid with a hazy memory, but I'll be damned if I don't remember the Montgomery Ward electronics section being fantastic to gaze upon. They had televisions lined up on the walls, all tuned to play in-store demos to show off how awesome the televisions were. My dad and I stared at these sets for at least 10 straight minutes, looking at what was the bleeding edge of technology for late 1996. When walking through the video game section, the walls were lined with software for every console known to man at the time. Of course, my dad bought the everloving hell out of the last Nintendo 64 in the store. We had a choice of two games: Super Mario 64, or Pilotwings 64. I chose Mario 64, because I wasn’t an idiot. 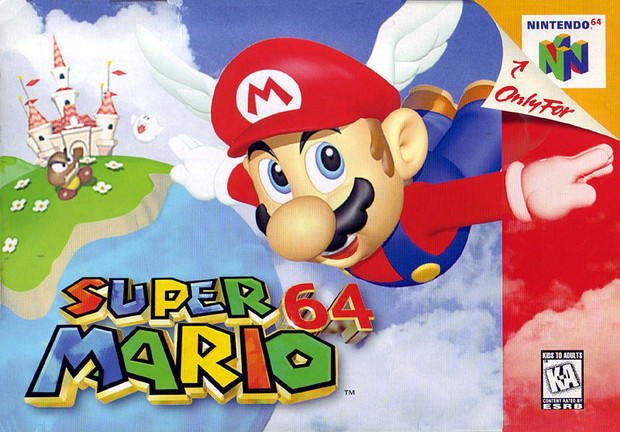 Now, Pilotwings 64 was a great game. It just had the distinction of being the “other” launch title. As in, it was the one that people either bought second or not at all. Mario 64 was groundbreaking. Pilotwings was, essentially, a sports game, which eventually get relegated to bargain bins and dust-covered shelves. Remember the sports game rule, which I just made up on the spot at this very moment: If your sports game doesn't have "Mutant" or "Jam" in the title, it's probably not worth playing 20 years afterward and you can safely chuck it into the bin. Once again, I digress.

I remember booting up Mario 64 for the first time very distinctly. My dad had a lot of trouble hooking the console up because getting to the composite AV ports on the back of our rear-projection TV was such a back-breaking effort that I almost mean that in a literal sense. 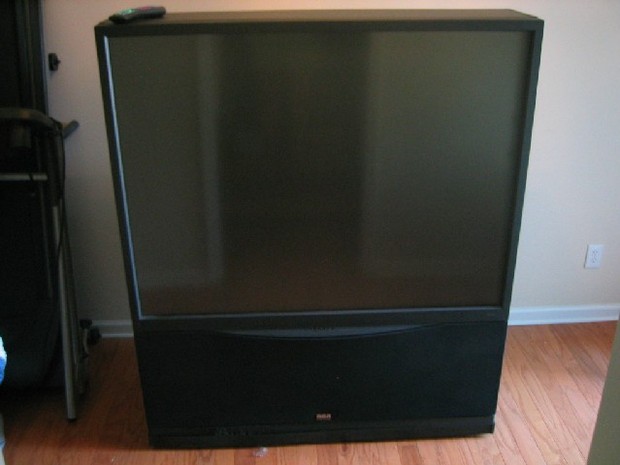 This television was huge. Really big. So big, in fact, that the people on it were pretty much life-sized. This television, now a relic of the 1990s, was the centerpiece of a home entertainment system. Forget your Laserdisc players or your high-end VCRs. Those are nothing without a sweet TV to back up the quality. This TV was certainly one of those. It made the colors pop on everything it showed; Watching a movie was less a time-waster and more of an event to behold. Add in a surround sound system and you would never have had to leave the house, except to drive down to the local Blockbuster to get yourself some more movies to sit in awe of. As a direct result, video games looked AMAZING on this beast of a TV. I distinctly remember playing Yoshi's Island on it and being amazed at the quality. The biggest problem with it was that all of the AV connections were in the back of the unit. Now, this is normal for most televisions, but this was no ordinary television. This was a window into entertainment bliss. And you would not believe how difficult it is to hook up a couple of small composite video cables to a giant grid of input ports. My dad hated this part of the process. It very well could have killed him, which was a very upsetting sight to see.

My dad, a man who said “Fuck you.” to doctors who said he would never walk again after having his spine crushed by a fuel tank in the Marine Corps, a man who threw his wheelchair out into a busy intersection of South Boston once he found out that he wasn’t completely paralyzed from the waist down, was more or less beaten by a poorly-placed AV port on the back of a television. Luckily he wasn’t hurt too badly. We solved this problem in the traditional way, by never hooking up the N64 to another television in the house ever again. A small AV splitter made future consoles easier to deal with when initially hooking them up, but that was a 5+ year afterthought.

Super Mario 64’s opening is what my dad loved the most about the game. Hearing the “It’s-a me, Mario!” voice clip must have been more amazing for him than it was for me. Yes, video games had voice before this. But Mario didn’t, at least not on a home console. That opening line paved the way for a truly next-generation experience that was a real step above what was capable on Nintendo’s other consoles.

The N64 controller took a lot of getting used to. I remember taking a while to get used to the fact that the analog stick controlled movement, not the D-pad. The whole experience as a whole was hard to get used to at first, because with the original Mario games the controls were super tight. They did exactly as you commanded them to, when you needed them to work. A death in Super Mario Bros. 3 or World would never be the fault of shoddy controls. Not so with 64. Time hasn't exactly been kind to Nintendo's leap into the third dimension, but at the time the game was groundbreaking. Yes, other games did 3D before Mario did, but did any other game do it quite so well? Not really. Not entirely. There is a reason why every game on the N64 seemed to be compared to Mario 64 - In that time, it was the gold standard. It still is, to an extent. 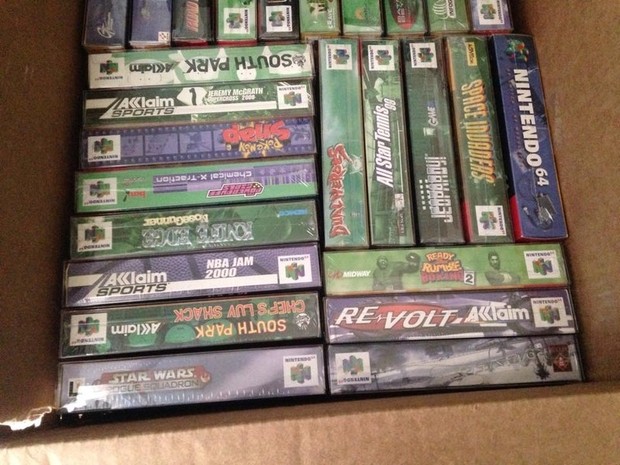 I don’t really play Mario 64 anymore. It’s still a great game, it’s just one that hasn’t aged as gracefully as other Mario games. I always think of my dad when I do find the time to play it, though. I get the same feeling with Banjo-Kazooie. See, my dad and I pre-ordered BK at Sears, back when they had an awesome video game department, because Sears had a whole section dedicated to games back then, which was away from the main electronics area. It was glorious. I got a Banjo plushie keychain as a pre-order gift, which I proudly displayed on my backpack on the first day of 3rd Grade.