Starless is some seriously nasty shit.

But Sei Shoujou has a tendency to dive into the degenerate quickly. And I never found myself getting far in Bible Black. Implied rape happens early on enough which is disturbing but something not foreign to Japanese games of that ilk. And you can say, "hey, it's just a fantasy" and sort of tolerate it. But I heard it got a lot worse.

Starless gets that worse from the beginning. It's plagued with endless shitty dialogue. It starts out as mildly fetishistic right from the get go, which I can handle; and I like the art all the same. But it quickly devolves. And this is without scat play and animal fucking. There is a level of depravity that just seems excessive beyond excess. Pointless, drawn out, almost contemptuous. I can't explain but it left me feeling exhausted instantly and unwilling to play it for entertainment value or for the shameful exercise of masturbating to cartoon pictures. I just said fuck it and played Angband instead and didn't release my shame into a crumpled piece of printer paper.

The new fap system makes me feel the same way.

I go to the blog page now and there is no context. Sure, shitty failblogs meant for a quick joke can instantly rack up faps into the fifties; but you know what? THAT'S FUN. It's fun when Dixon posts an 11/10 review for Diablo 3 and it's just a picture of a server failure message. I love that stuff, it gives the Cblogs a personality and flavor. But to boot up and see this post at 10,000, this one at 300, this at 1100, and this one at 4 is fucking confusing. There is no rhyme or reason and it just feels like a clusterfuck.

I don't think it's a secret to everyone that one of my goals writing blogs here is to eventually, hopefully, get hired on as a staff writer. I love this site. I love the community. I love the staff here as well. I don't think that the uprising of the forums or even this update will have a remote effect on the site at whole, and I try not to be unfairly critical. But I also like to see steps in a "right" direction being such a fucking suck-dick fanboy. And I don't think this is it.

The other changes I have no opinion on. So far, I find it troublesome to navigate on my primary device. I can't click directly on a post blog button because it just doesn't respond like I'm yelling at Hellen Keller through a megaphone. And she is on the moon. And I am in Alpha Centauri. This is all transitional shit and it will probably get taken care of and ironed out, and that's great.

I don't know. I hope the system will iron itself out. Maybe it will work? I don't personally dig it, or even really understand its purpiose. Being a prominent blogger here who has personally threatened my twenty something followers over Skype to get them to keep fapping my work, I hope my opinion, too, is taken into consideration. Because I don't think I'm the only one.

As others have said, staff in particular, if it doesn't work it doesn't work and they can always revert back. That's fine. And really, this is an unplanned ramble I banged out in the last ten minutes so maybe it's just fatigue from all the major changed Dtoid has been going through lately talking. But I like the old system. I thought it was solid. I saw a lot of blogs that got ignored that were really, really well written, despite it being even handed and meritocratic; sometimes a good piece of writing just doesn't resonate the way one would expect. But at the very least, the recappers usually were keen enough to catch those and give credit where it is due. I just wonder if this will make that apparent gap even more painfully noticeable when you have a blog with 600 faps and one with 4 right under it. For newcomers, who is going to take the time to click the one below if there is such a massive numerical disparity in what they will percieve is a "score" of some kind. This extends to poor quality work which may be fapped dozens of times by those snakey interlopers who come to the site just looking to plug their packaged horseshit, getting their friends or whomever to sit there and click all day. I think it reflects poorly on the blogs themselves and will actually serve to ward more people off if they click a blog and it's a poorly written "MY REVIEW OF CRONO TRIGGER. 5/10" thing. I just feel like it will...cheapen things.

What do you get when a hundred bloggers are racking up hundreds of thousands of faps? You get some serious blogger blue balls. 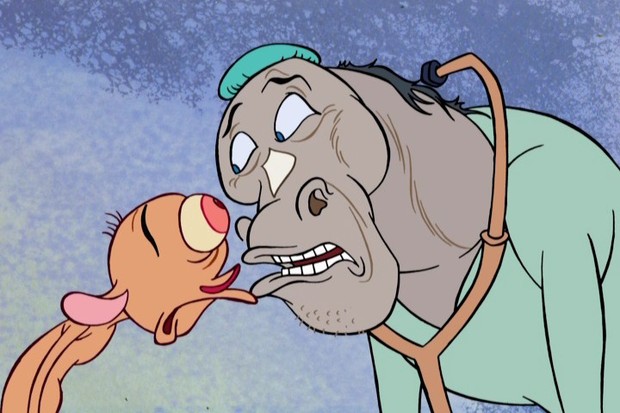