American Laser Games, easily one of the most fantastically titled companies since time began, was a small studio based in Albuquerque, New Mexico (Y'know, that place that Bugs Bunny should have made a left turn at?) and was founded by Robert Grebe.
Grebe, an ex-cop, had previously created a cutting edge police training system known as the ICAT. This system would play out video footage of dramatised crime scenarios for lightgun armed, bloodlust-filled rookies to react too, thus in no way, shape or form preparing them for the actuality of modern American steet violence.

Grebe soon theorised that a similar system could be used in the expanding arcade market. Allowing kids, pockets full of quarters, to live out their Dirty Harry fantasies from the safety of their local arcade (ignoring that arcades could be as dangerous a place to habitat as a 90's Miami drugs bust) 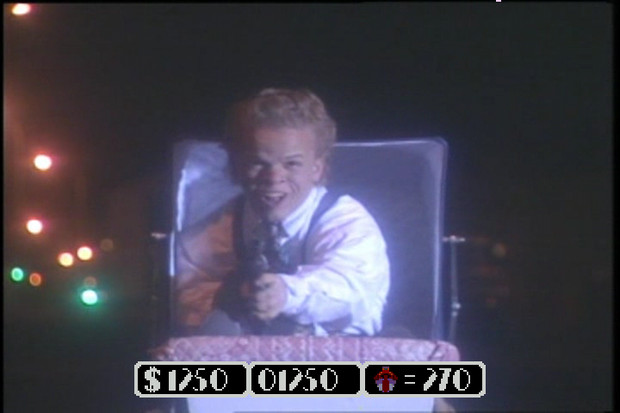 American Laser Games would go on to release further titles in this series, showcasing modern day South America and horrendous far-off futurescapes, before ultimately returning to the wild wild west. Each release degraded in both monetary gain and thespian quality. ALG finally bowed out of the business in 1994 due to technological advancements, financial hardships, and the coming of the Atari Jaguar.
..Ehh, maybe not the latter.

Thanks, as always, for taking time out to read part three of my series on this very specific sub-genre of vidyagamez. It's a pretty niche subject and not to everyones interest, but your support and comments are much appreciated.
The floor is open, so grab the mic, friends.


#PersonalBlog
Login to vote this up!

Chris has been playing video games since video games began... still terrible at them. Former Saturday Night Slam Master, rambles nostalgically like Abe Simpson. I ain't here to fight, so let's not waste our time.

"My pen shall heal, not hurt.”
L.M. Montgomery