Back when I wrote for Operation Rainfall, I did a guest piece on my favorite Smash Bros character, Roy. I’d like to take this opportunity to explain my attachment to Roy in more detail here.

In my old piece, I stated that I didn’t like clones. At all. I thought they were a waste of dev time and just a lazy attempt to pad out the roster. My stance on this has relaxed a bit since then. I’m fine with clone characters if there’s a reason for them being there. In Melee, Fox's movement properties and laser were changed quite a bit, so Sakurai gave Falco Fox's old laser and made him more of an aerial character. I also don't mind when clone characters are changed to make them more unique/interesting to play. This is why you won’t see me complain about Falco’s reflector getting changed and how it “ruins him”. And while I don’t particularly like Dr. Mario, a lot of people prefer Mario’s Melee moveset instead of the FLUDD, which I can respect. That said, I still generally prefer characters with original movesets rather than ones that just use another fighter’s movesets with little to no variation. I would’ve preferred Lucina be an alternate skin for Marth like Alph is for Olimar, but since she’s one of my favorite characters from Fire Emblem: Awakening, I can tolerate her being her own character. And Dark Pit is…well, the nicest thing I can say about him is that he’s not Pichu. So then why is Roy my all-time favorite character in Super Smash Bros? At first glance, he’s just Marth with red hair. Why would I prefer him over Marth? Well, first of all, I didn’t really know which of them came first at the time. I had no idea what Fire Emblem was. If you grew up around the same time I did, chances are good that you didn’t know either. I was playing Smash Bros. Melee at a friend’s place, who had all the characters already unlocked before my brother and I did. After watching some guys play as both Marth and Roy, I decided that I liked Roy better and went with him. Sure, I found out later that Roy was put in Melee for the sole purpose of promoting a Fire Emblem game that wasn’t even released in Japan yet. But by that point, the imprint has already been made. In my mind, Roy was the better character, even if statistically he was weaker than Marth in Melee.

I liked Marth’s play style quite a bit, but he looked more suited to keeping people at a distance. That just wasn’t my thing at the time. It didn’t help that his general posture and mannerisms seemed a bit too prissy for my tastes. I wanted to get up close and fight people in their face. Roy’s fighting style seemed to reflect that a little more. He was also a lot shoutier and felt more brash than Marth did. Plus, his attacks had more fiery effects on them. At the time, fire type characters tended to be my favorites. And to this day, they still kind of are.

This is why I used Roy a lot in Melee. Sure, I hardly ever won any matches this way and he was still mostly a statistically weaker clone of another character, but I had a blast playing as him. I’ve played with him for so long, that I felt like he was a part of me. This is why I was bummed when he was cut from Brawl. I made peace with the idea that not all clone characters would come back, but transitioning to a new character to main as was not easy. I tried Marth, but he always felt…off. I eventually found a nice stable of characters I could reliably wreck face with, but my primary character in Brawl was Fox. I liked using him a lot, but there was always a part of me that felt incomplete. I felt like I could never perform at my best without Roy.

And then, Project M happened.

When Project M revealed that Roy was going to be a playable character once again, I had mixed feelings on the matter. On the one hand, I was excited that my main character from Melee was going to make a return appearance, even if it was just in a mod. On the other hand, I was worried that the PMDT would keep Roy the same as he was in Melee. I didn’t want Roy to be the same Marth clone he was in Melee just to placate the die-hard Melee fanboys who were deathly afraid of change and wouldn’t play anything other than Melee. Thankfully, once I got my hands on the latest patch, I realized that this wasn’t necessarily the case.

Yes, Roy had some moves that were carried over from his Melee incarnation, but there were some significant tweaks to his moveset overall. Some of his aerial moves were much improved over his Melee incarnation, as was his down Smash. But the biggest improvement was his Swords Dance. The PMDT completely reworked his individual attacks for the better. His downward variation used the fire from his sword instead of multiple stabs, making it much more effective at breaking shields in addition to causing burn damage. But the best adjustment was giving him a backwards input. If you were in the middle of a Swords Dance and your opponent was coming up behind you, you could actually turn around on the last hit and stop them in their tracks. It was genius! My boy was back, better than ever, and we soon became much more capable then ever before.

During the development of Smash 4, I resigned myself to not being able to play as Roy again. After all, what reason would Sakurai have to add back a clone from Melee that was cut from Brawl? Regardless, I once again shifted to a new character, Shulk. For a while, he became my new main. This was partially because his Monado Arts were one of the most interesting mechanics in the game, partially because he had an insane reach for a swordsman character, but mostly because I fucking loved Xenoblade Chronicles. While Shulk would end up replacing Fox as my go-to main, I still felt incomplete. It was at this point that I starting coming to terms with the fact that my favorite Smash Bros character, the one that I felt the greatest attachment to, would never come back to a proper Smash Bros game.

And then June 14th happened.

Like clockwork, I found myself coming back to Roy once again. And like with Project M, this version of Roy was significantly changed. He was much stronger and much faster than his Melee incarnation. But things were different this time. For one thing, his range was shorter than Marth’s, whose range had been continually reduced from Brawl onwards. He also started holding his sword in a reverse grip in a lot of his attacks. But, as I started playing with him, these changes made a lot more sense. Roy was always more of a close combat kind of person, with the strongest point being the center of the blade. With his new stance, Roy was able to expose the center of his blade more easily, allowing his attacks to be much more effective. Combined with the overall buffs in strength and speed and Roy has truly become a force to be reckoned with.

Yeah, there are still some moves that are taken from Marth. And yes, I do miss some of the changes that Roy got in Project M, especially his revamped Swords Dance. But honestly, I think the Smash Bros. 4 incarnation of Roy is the best one to date. The changes to his moveset made him feel like his own character while maximizing his strengths. But no matter what, the important thing is that I’m with my true main once again.

I feel like Roy is a reflection of myself. We both started off fairly weak and we didn't win a lot. Sure, we spent some time apart, but we both spent that time improving ourselves. I eventually started getting better at the game by improving my strategies and learning some more advanced techniques. Meanwhile, Roy experimented with different fighting styles and made himself stronger. Every time we’re reunited, we’ve both grown. We’ve become better. Stronger. Faster. We’ve become more capable fighters. Not the best fighters, but fairly skilled in our own right. Some people who played against me as Roy in the unofficial DTOID Smash Bros tourney last weekend can attest to this.

I have no idea how long this will last. There’s always the chance that Roy could be cut from the next Smash Bros. game and I’ll have to default to some of my backup mains, should they return. But I’m not going to worry about that right now. We’ve been through so much together. We’ve suffered many defeats and achieved many victories. Even if we’re separated again, nothing can take away the fond memories I have. Besides, I’m confident that we’ll find a way back to each other in one form or another. And like always, we’ll have only gotten better.

Also, I think Roy is smokin' hot. And yes, that pun was intentional. 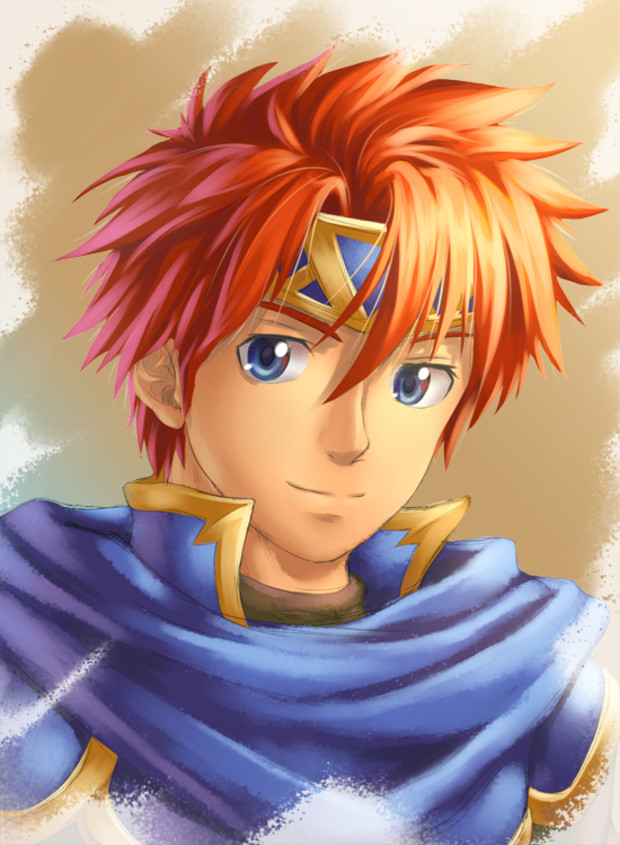