So it's just past halfway through the year now and frankly, I've played a hell of a lot of games. More than I previously thought I would when the year began frankly, with Everybody's Gone to the Rapture, Dishonored HD and Until Dawn still to come next month, followed with Mad Max, Metal Gear Solid V and SOMA the month after.

Where the fuck is my money going to go?

But seeing as how we're halfway through the year, I have been giving extra thought to my end of year "Top Ten" list. Given that we are only halfway through the year and there are still some heavy hitters coming out (Fallout 4, Metal Gear Solid, SOMA and Xenoblade Chronicles X among others), I thought that I would briefly talk about some games that will be on the list at the years end, no matter how far back they get pushed.

Plus, seeing as how I don't actually review games, I thought it'd be the best time to talk about some of the best and worst things of the games that have released so far this year.

Because if game companies can sell you things in multiple parts, so can I. 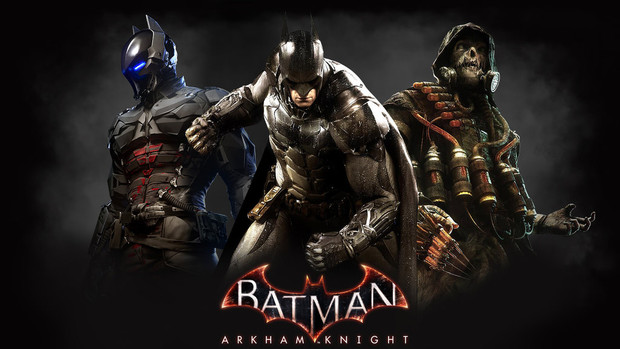 I love the Arkham games and Knight is no different. The combat is smooth (most of the time) and some of the missions are interesting. It features graphics that are top-of-the-range and a voice cast that are excellent at their jobs.

The story loses it's way somewhat at the third act and frankly some plot twists are seen coming a mile off, while others (including a certain someones death), feel cheap and lazily written. The endings are poorly constructed and the Riddler Trophies are excessive, almost as excessive as the mishandling of the Batmobile. Frankly I'm surprised I enjoy the game as much as I do.

Yet I do enjoy it. The empowerment I get from being the Batman is something no other game can even hope to replicate. When I'm having fun in the game, I forget about the issues and the troubles I have, much like I do with other fun games. Because that's what games should be at the end of the day. Fun.

That doesn't mean those issues aren't there though, still sitting there and glaring at the user as they plow their way through Gotham, fighting tanks and hitting thugs.

These issues are what make me know that Batman: Arkham Knight will be in the lower-half of my list at the end of the year. 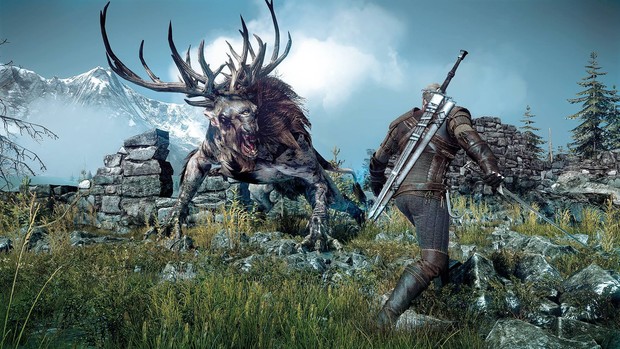 A game I still haven't beaten nor do I think I ever will.

The fact that, apparently I am still 20 or so hours behind finishing the second act (I'm doing a lot of the side-quests so you know), I think I'll have to play this in bits and pieces for the next year or so.

So obviously, straight out of the gate, we have a lot of quantity. There are missions and jobs galore, with each having their own story and their own narrative, making you more invested in what you're doing. Despite these missions being similar in some shape or form ("Monster Contracts" are all the same, let's be fair here), the narrative and charcaters and creatures you meet along the way make each of them feel fresh.

Looking at the map can be like looking at a menu in a restaurant.
You know you want something, but you don't know what that something is.

Now, obviously the graphics are gorgeous. There is some stuttering but, with the sheer scale of this world, I can forgive it slightly. The voice acting and sound design in general is top-notch. The thudding of horse hooves and the clash of swords make the world feel alive and rich with character and history.

Yet, the gameplay is somewhat lacking, especially the piss-poor combat. You are made to fight a lot of enemies, yet the combat system isn't good enough to rely upon. Sometimes, side-quests start off docile and intelligent, before descending into needless violence that seemingly comes from nowhere, yet the combat isn't good enough to act as a crutch.
It's almost as if CD Projekt RED thought that, without action in each side-quest, players would lose interest when really, the dialogue is the series' strongest element.

We also have to talk about the awful hit-boxes, where creatures or NPC's can hit Geralt even if he's to the side of them or even, on some occasions behind them. This loops back to my original point: The combat is relied upon despite being the games' weakest link.

It's a good game, a great game in some parts even. In fact, so far, it's my second favourite game this year. 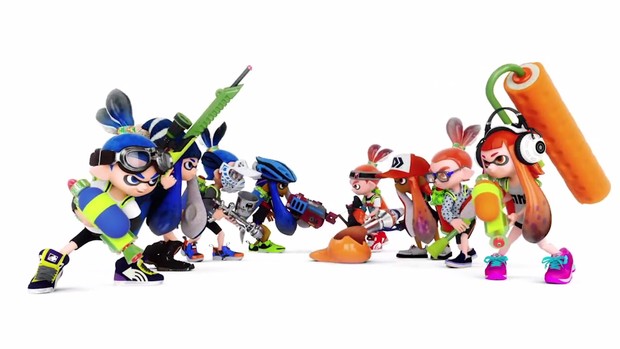 A game that is based around one pure thing: Fun.

Why would you ever want to pick up another FPS after playing Splatoon? It is well-balanced (well, now anyway), fun to play and relies upon team work above everything else, somehow making you feel fulfilled by the end of each playthrough.

The art style is brillaint, giving players a colour pallette that is a far cry from the browns, greens, blues and greys of the Battlefield/Halo,Call of Duty games that are about nowadays. It made me realise how beautiful games can be without having to look photo-realistic. Bright colours and interesting art styles trump realistic graphics any day of the week.

Now the lacking content does make me feel like the game was released in an unfinished state on purpose, especially as the dev team is releasing the updates only a couple of months after Splatoon's initial release date. I still play the game and love a lot about it, but the lacking content makes me feel like it scratches an itch before the scratching of said itch becomes painful.

Short version: There isn't enough meat on the bones right now. That also goes for the campaign mode, which leaves quite a lot to be desired.

The game is fun but bare bones. It definitely won't make it high on my list, but that doesn't make it a bad game. It's better than Batman: Arkham Knight if that's any consolation. 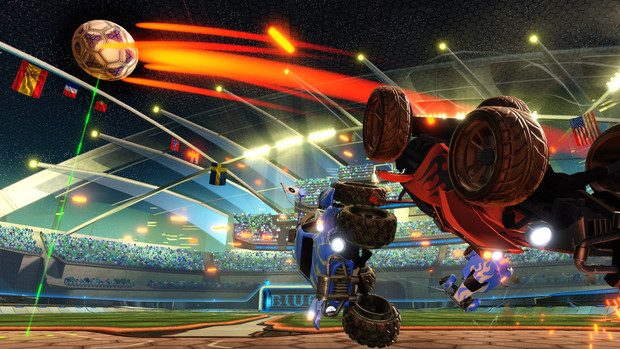 Another game that relies on giving the player a shit-tonne of fun gameplay.

Playing this game reminds me of the first time I ever played Super Smash Bros. game. The first time I played I was just mashing buttons, hoping to beat my opponent and not really understanding what buttons did what move.

However, as I played more and more games, I became more and more competent before beginning to master certain moves and feeling more empowered as I did so.

It is easy to learn yet difficult to master. Whoever thought of mixing racing and football together is an absolute genius and deserves to have a statue erected in his honour. The unabashed fun and depth that is on display here is remarkable, pulling off what Splatoon failed to do and keep you entertained despite the lacking content, making each game you play feel better than the last.

The lack of different maps however, is what makes this game slightly lesser than The Witcher 3 as the depth in gameplay is marred by the lacking depth in aesthetics such as maps and cars. Playing in the same environment constantly is a little bit dull and really drags the experience through the mud.

Variety is the spice of life after all. This game lacks a certain spice I suppose if we're keeping that analogy. 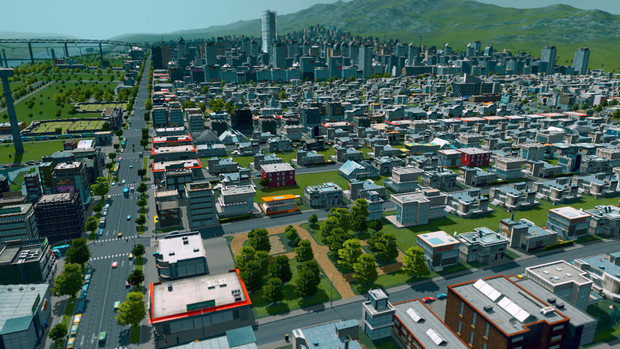 Because frankly, Cities: Skylines is one of the best city building games in recent years.

The graphics, while not exactly always impressive, the game still looks lush and full, eye catching greens and blues, shades of dusty-red brick mixing with steely-turquoise skyscrapers. It is definitely servicable.

As far as depth is concerned, this game smashes SimCity out of the park, before spitting on its broken corpse. Roads, paths, buildings, services, city landmarks... You name you got it. As a lover of city-building simulations, I was in heaven and played it with a smile on my face as it reminded me of the SimCity of old.

There are a few bugs, some of which are game-breaking, but mods are downloadable that combat this, yet there isn't really a huge excuse for them to be present in the first place. The fact that there aren't more saves this game from being judged too harshly by myself.

Definitely worth checking out if you enjoy micro-management games as well as a city-builder. This game will scratch that itch to no end. 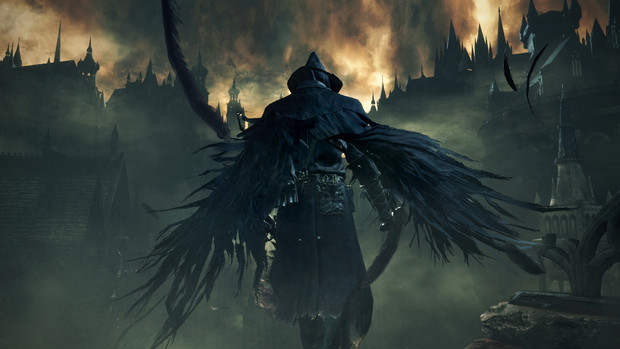 So far, this game is my game of the year. The only two that might even come close to it will be Metal Gear Solid V and Fallout 4.

The aesthetic cuts a striking image, a gothic cityscape amongst a dark-red sky, making you feel like a foreigner in both the game and real life.

It lets you know from the get-go that this game is not your game. It is its own monster, its own beast. You will not tame it, you will learn from it and attempt to conquer it. But the beast will not be tamed. Each enemy is as dangerous as the other, each having the capacity to kill you. Luckily, it relies on combat and has a satisfying and gritty combat system with a perfect sense of fluidity that The Witcher sorely lacks.

Yes, the load times are long, yet the sheer scale of loading this game is monumental, especially as the whole world is loaded for you in one go. I have handled longer load-times in my life and because of that I do not deduct any points off of Bloodborne for containing long load-times. Doing so would be absurd.

However, I did hate one thing and one thing only. That is the way Chalice Dungeons are played. They don't feel well-constructed or well-designed because a lot of the enemies are cheap. Hell I'll tell you one type as an example: Bell Maidens.

Because Chalice Dungeons are completely optional to complete the story mode, it isn't too bad, but when playing through them they didn't feel difficult just tedious. The fact that I felt that as opposed to the rest of the game, I can't help but think it's down to the enemy health bars and the placement of said enemies.

Bloodborne is a great game. Worth picking up by anyone. But honestly, unless you're going for the Platinum Trophy, don't touch the Chalice Dungeons with a barge pole.

Right, now after that, I'm off to bed. Got the day off tomorrow through until Monday next week, so gaming shall be taking place.