Randy Pitchford is an Asshole

I've made a point lately to be positive. In his own words in the past on Twitter, Randy Pitchford himself encouraged positive reinforcement as a way to inspire people to improve rather than negativity and insults. But sometimes, there is a straw that falls gently down to Earth. And there is a camel standing beneath that straw. The camel is grazing innocently on sand or whatever it is camels eat. And the camel has serious back problems. So the straw, completely unaware of the fate in store for the poor camel beneath it fails to shift its trajectory, and lands squarely on the camels back. There is a hideous snap of bones and tissue as the camel instantly collapses under the weight of the straw and screams in agony. And then he spits in your face and gives you the finger, because that camels name is Randy Pitchford, and he is an asshole.

I hate it. I hate that the industry is so polluted with lies and posturing and bullshit and nonsense. We have a great CEO like Iwata bite the dust and it's shocking because of what a boon he has been, just in terms of general attitude, to video games. And then you have scummy triple A company practices, loads of dog cum DLC, piles of hypocritical sneering promises and doubling back. Sometimes, these conglomerate suit clad faceless shit barfing entities straight out of a Tool music video aren't without an identity. Horror has a face, and you must make a friend of horror. And sometimes horrors face is Randy Pitchford. A deluded, ignorant, self-righteous man baby; the proverbial king of empty promises, recently decimated in a Twitter debacle and rightfully so. 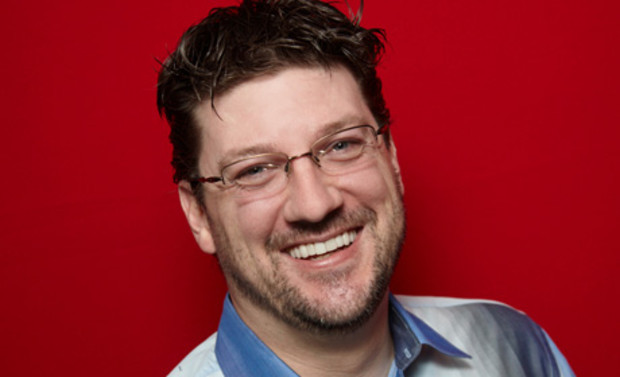 I once worked for a company whose President, CEO, whatever, thought it was a great idea to put his face out there as the sort of unofficial mascot of the restaurant. A man without any tangible charisma to speak of, he was no Colonel Sanders or Ronald McDonald. He was the owner of taco fast food restaurant, and I used to work at the corporate store with his spoiled shithead son who drove around in a convertible with a big bag of dope in the glove box. It was the epitome of bloated self adorement; a man who was so egregiously out of touch that he thought his balding, unappealing visage could somehow rejuvenate the brand. He appeared on radio commercials, and had his face stamped on products for a time. And even as a fifteen year old, I could see the eye roll inducing absurdity of the whole thing. If there was a Twitter back then, or Reddit AMA, this guy would have opted to be apart of both of them even though know one knew or cared who the fuck he was despite his Herculean effort to illuminate the public of his brilliance.

In a word, he was a bit of an asshole.

It's not particularly fun to call anyone an asshole, even when they are being one. A more subtle blogger here recently phrased it more gently, accusing Pitchford of being an alien. While that may or may not be true, if he is an alien, he's an alien asshole. He's not from the Moon, he's from Uranus.

Randy Pitchford of Gearbox has a bit of a legacy at this point, but he seems to want to play on two fronts. He wants the down to Earth personalization of his own persona and how it connects to Gearbox, but he wants critical immunity from the people who question his decisions and actions. He prattles on about negativity under the guise of defending the feelings of his employees like some enormous bleeding heart, but then goes on to brag about winning a lawsuit for some of the worst false advertising and broken product releases of the decade. He has the stoic indignation of a cult leader defending the decision to hand out the Kool Aid at the end of the ritual. He is the worst kind of liar; the kind who honestly doesn't think he should be accountable for his actions, because in his own interesting world, he hasn't lied about anything. 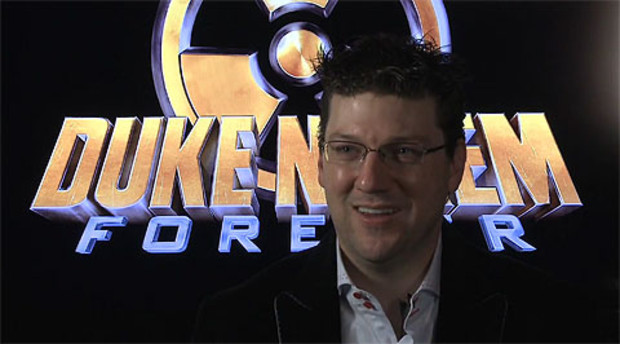 But then there is the backpedaling. The horrible tendency to praise a product as the coming of a chocolate covered Christ and and then, when it becomes convenient (and no longer profitable) to trash, waves a dismissive limp-wristed hand at it as a minor inconvenience that was necessary to usher in something greater as is the case with the Duke Nukem brand, a franchise that's deader than Shakespeare.

Blocking anyone on Twitter who disagrees with you or has negative words for your sinister meddling is one thing; throwing yourself up for a pseudo AMA meant to market your own shite after the fact is nearsighted and confusing, as though the man doesn't know by now, somehow, that he basically universally despised. And it's too bad. Unless someone is just a complete cunt out looking to be negative, I don't think people WANT to hate Randy Pitchford. We don't WANT to feel the need to write endless posts about what a jerk he comes across as. But when you open yourself up for one sided, closed conversations, attempt to silence anyone who calls you on your slimy shit behavior and money grubbing, and then smile for the camera like a twat as if you've done nothing wrong, well, shit Randy, what did you expect?

You're an asshole. By raw definition. But you don't have to be. I don't want to call you an asshole, and I don't think anyone does. But you can stop being one, right now. There is a solution.

There are hundreds of examples of people with integrity in the industry. People who fess up to their mistakes when it is necessary. People who show integrity and attempt damage control when they do something knowingly, ethically wrong. Gearbox is a studio with problems, but they can make a good product when there is an honest, creative spark behind it. They aren't the dregs of the industry pumping out constant garbage. There is potential there, and despite the fact that Randy likes to spin criticism of him into criticism of the company in order to villainize his dissenters, very few people are out there pissing on Gearbox as a whole. But instead of all the deflecting, the defensive middle fingers, the silencing, the spin tactics, Randy has one route of recourse to escape from all of this. Because people don't pick and pick and pick at a scab has already opened up and bled out. That is all anyone really wants; to be able to humanize and relate to Randy. Not to see some stalwart image of a cold, careless CEO who cares more about profit than product, but to see someone who genuinely gives a shit about the fans, the value of their money, and about doing the right thing. And maybe Randy doesn't give a fuck about any of this, but an illusion can go a long way. And big things have small beginnings. 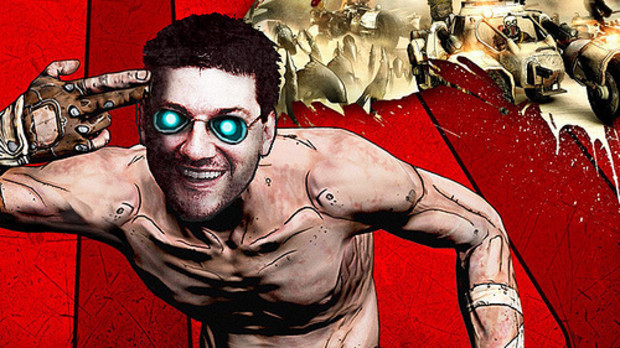 I'm sorry I fucked up. I'm sorry I bilked you out of money. I'm sorry for the lies. I'm an adult and will realize that you probably aren't calling me an asshole because you think you know me personally and are insulting me on a deeply personal level, but because my actions themselves betray an assholian image. So I'll take what you have to say with a grain of salt, and figure out why everyone is trashing me on Twitter rather than mooning the crowd, shitting on the floor and throwing myself out the window.

And I promise I'm going to try and do better.

A little apology could go a long, long way. It would certainly make Randy Pitchford look a lot less like a steaming, puckered rectal cavity.