A couple of months ago, a fellow writer and I were discussing how fortunate the collective gaming world is in regards to its creators and their respective legacies.

“We’re lucky,” he told me, “that most of the really important game creators haven’t passed away yet.”

Of course, I agreed with him. Video games, especially in the more contemporary sense that we appreciate them, are new enough that many key figures are still around – be it actively involved or just generally alive and well.

It’s with this conversation in mind that I think about Satoru Iwata’s passing.

One look at any gaming site, small or large, shows how important Iwata was to video games. As a developer, designer, and the president of gaming’s de facto name, Nintendo, Iwata worked tirelessly to further the medium; he championed the cause of making and ensuring fun, undeniably enjoyable, games were accessible to all who wanted them.

I think, at the very least, it’s important to remember that Iwata did this for us. The overwhelming majority of people, myself included, never met the man, but that didn’t matter, because Iwata cared deeply about games and those who played them. 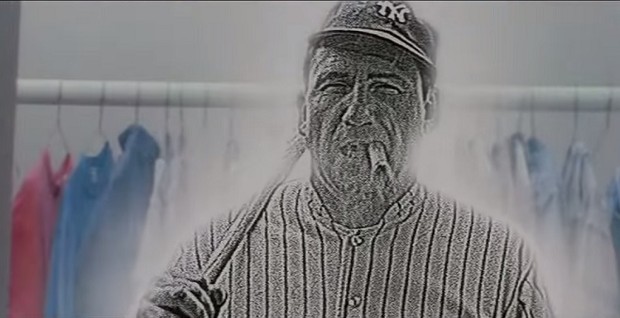 There’s a scene in Sandlot in which a spectral Babe Ruth appears to Benny “The Jet” Rodriguez. Babe gives Benny an inspiring little speech about rising to greatness and leaves Benny with a final quote:

We all are feeling a little shaken up today, I’m sure. I am by no means a gigantic Nintendo fan, but I will forever hold Earthbound in regards as one of the most important games I have ever played. Iwata’s hand making Earthbound – a title so rooted in charm that it continually inspires – will forever be something I am thankful for.

In that sense, Iwata can never die. He is a legend in my eyes for that.

There’s not much use in eulogizing Iwata today, I think. It’s already been done by dozens of people than and it's already been said much, much better than I ever could hope to. What I recommend is taking a look at Iwata’s impressive credits. Scroll through there and find your favorite game his name is associated with. After you find it, start playing it, don’t think about anything except the game, and have fun. That’s what Iwata would have probably wanted, isn’t it?

Cherishing memories and going back to the roots of gaming – the moments of simple, pure fun – are the best way that you can ensure this legend never really dies.

And on a final note, just listen to this song a lot too.