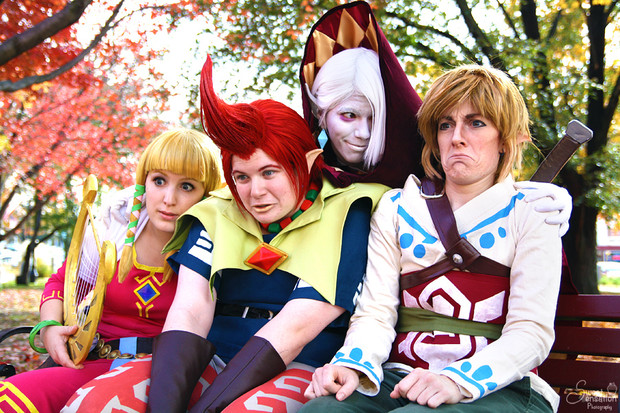 Last year, I took a lousy step forward into the world of cosplaying at my local Comic-Con. I paled in comparison to about 90% of my fellow attendees, but it was a huge eye-opener. To quickly summarize, it was almost as if I had found some small thing I had really been missing my entire life. Now, I can't enough.

As an onlooker, cosplaying simply seemed to me just a nerdy little prom. A glorified Halloween show. People pouring savings, hundreds of dollars (more?) into costumes they may only wear a few times and to an audience of only those who pay attention to it amidst the thousands of others. That, I didn't get.

Until I tried it for myself. 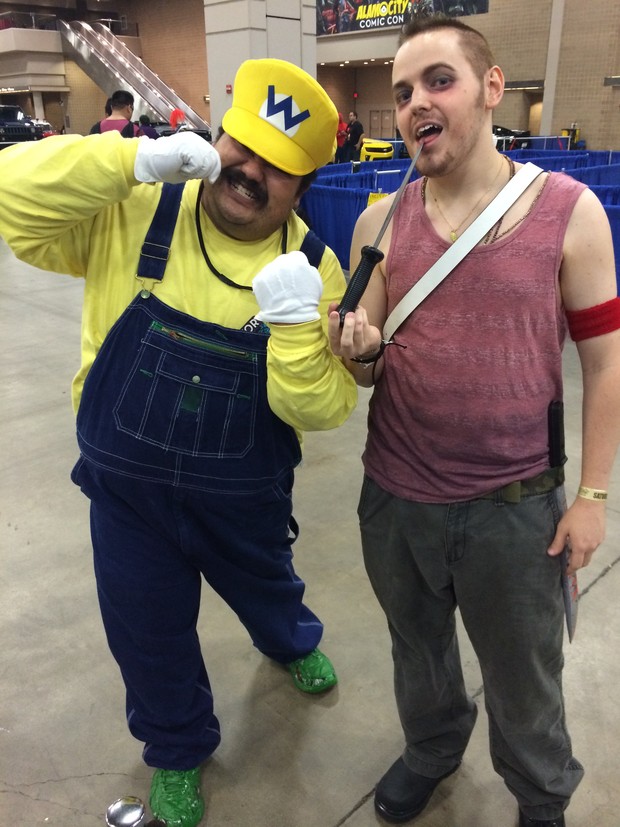 It's much more than just dress-up. It's actually almost like being behind the scenes of a stageplay. There are those playing pretend almost the entire time, but there are also plenty just casually chatting about in sometimes very elaborant costumes. Some people topping big budget getups you see in Hollywood. It was something else. It made me proud, not ashamed, of how much of a geek I am.

Everytime someone stopped me to shoot off a compliment, it was a huge confidence booster. Even if they were just questioning whether they were right that I was cosplaying "That guy from Far Cry 3.". I was even stopped a few times for photos, I was featured on a cosplay Facebook page, etc.

And look how fucking shit my cosplay was! People loved me! 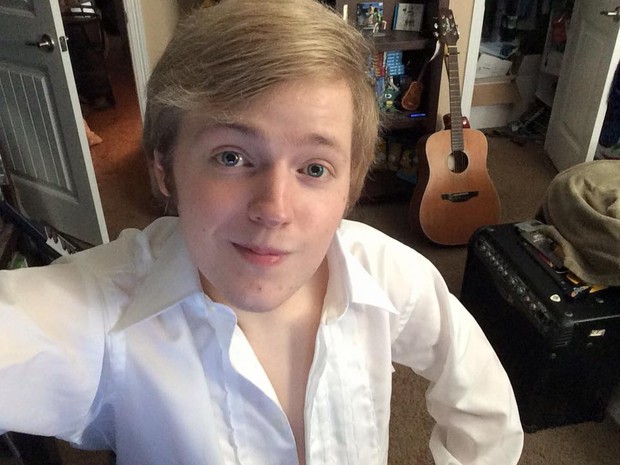 This upcoming Alamo City Comic-Con, naturally, I will be attending. Unlike last year, though, I'll be there for more than just a single day and I will not be half-assing my cosplay.

If you can't tell who I am in the above photo, it's completely okay. There's still plenty of things to do with it. However, those that guessed human Teddie from Persona 4, I don't have a gold trophy, but give yourself a well-deserved slap on the bottom and a refreshing glass of iced water.

I still need some dress shoes, black lining across my ruffles and sleeves (if possible), to trickle the shirt down about half a size or so, obtain a rose pin, and dye my hair a sharper blonde. When all is said and done, it will be pretty alright. It's definitely been more difficult to put together than my Vaas cosplay, but it's been worth it. I can't wait to see myself in the full attire.

You know how hard it is to find a ruffled tuxedo shirt that is even half appropriate? I almost broke down and just literally bought a pre-made Kanji outfit from Etsy. It would've looked good, but, deep down, I'd have felt a little evil. Untrue. And evil me was set to the tune of Ace of Base and let go off a high bridge a short while ago. We won't be seeing him anytime soon. Maybe.

I figured I better go as something cute while I still could. I'm 24 and, before I know it, I'm going to be a very awkward-looking 30-something. That might suit an Isaac Clarke or... a Blastoise, but not so much Teddie. 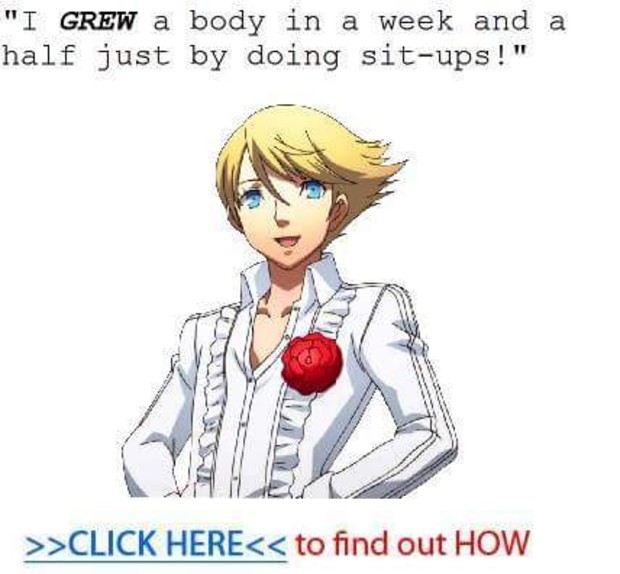 There's no doubt that I will be making both PAX South and Alamo City Comic-Con regular visits as long as they're around, cosplaying whenever possible. Each time, shaking things up with a new do. That means lots of fabric, patience, and a little courage here or there.

Read along and laugh at the idea of me fitting into any of these roles. 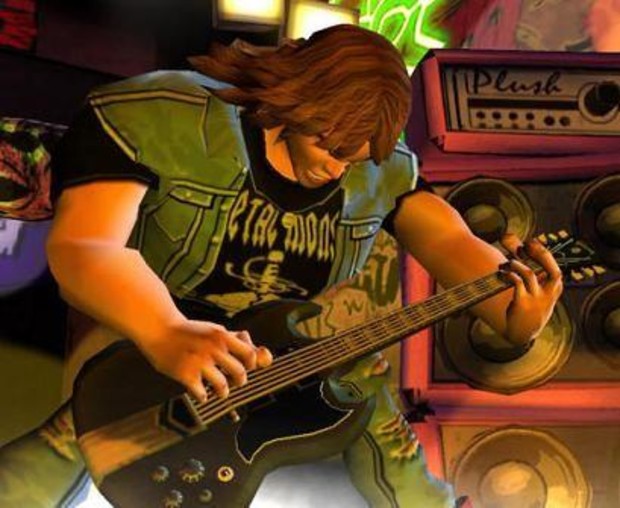 Through the angry faces, medium-length boy hair, and pants that were not ripped when they were bought, characters such as Axel were how I channeled my rock god fantasies through the original three (technically four, counting Rock's the 80's) Guitar Hero iterations. But, Guitar Hero eventually became more than mere fantasy. It was where I found my passion for not only music, but playing guitar for realsies.

By now, I have been playing guitar for 7 or 8 years. It's become a huge facet of my life. Sometimes for the worse (long story), but often for the better. If it weren't for guitar, I would be one unaccomplished motherfucker. I speak through music so naturally and I hope for, one day, to be in a band. I feel I have so much to give to the world of music that I simply can't give on my own.

Guitar Hero is very important to me. It changed my life in ways almost as profound as some of my bestest of friends or careless mistakes. It's only fair that I at least pay a little tribute to it. Whether by cosplaying as Axel, a male Judy Nails (ohhhh, that'd be fun!), pretty much anyone but that scary, big-mouthed male singer from GH3. Dude belonged in a Honey Combs commercial, not at the forefront of every song in the game.

While Sticker Star may have been a polarizing sequel for reasons including it's extreme lack of any interesting characters, it does have a Shy Guy mariachi band! That's not just interesting, that's great!

Cosplaying as any Shy Guy would give me a great excuse to just shut up and be. I'll shake my maracas (the instrument, you naughty boy) in people's faces, tip my sombrero to all the madams, make some cute noises, etc. I'd probably even try to really sell it by building the costume around me in a fetal position and walk about as such. As strenuous as it'd be, it would be also super and people would want to pet me. 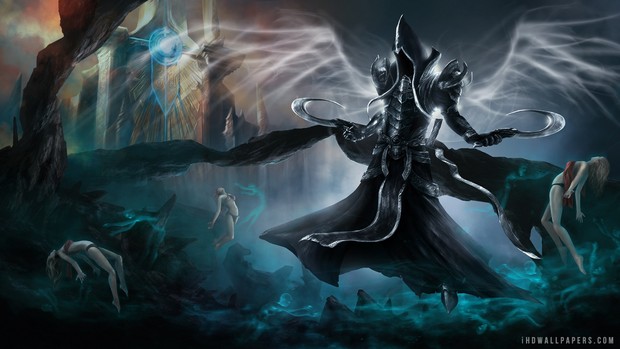 What a hurdle this getup would be. This is endgame. If I ever cosplay Malthael, you will know I have made something of myself.

Expensive? Surely. Lots of moving parts? Check. Do translucent segways exist? Not yet? I'll have to fix that. I can't possibly have a crane pulling me along the entire time in order to pull off the illusion of floating, now can I?

Reaper of Souls was, while overpriced, one of the most satiisfying expansions I had ever played. It gave the core of Diablo III a proper closure, lovely new features, and some extensive added replayabilty. Malthael, Death, the main antagonist of the expansion, was not only as slick in it's design as an oiled up slip 'n' slide, but an awesome boss fight. And that amazing opening cutscene. Boy howdy.

Give me Malthael over some tired "Diablo" anyday. For someone who's referred to as the "Artist of Terror", his boss fight was pretty monotonous. 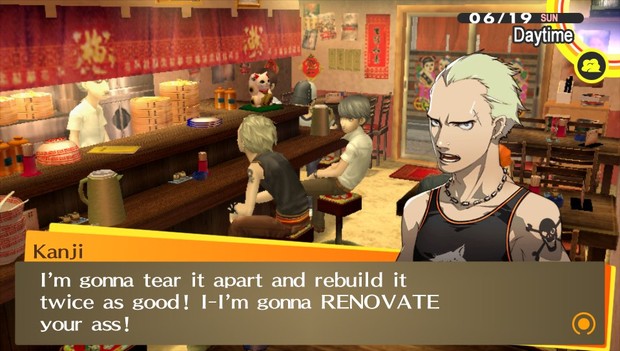 As I said already, I once contemplated going as Kanji rather than Teddie. For one, I wouldn't have to keep my hair long (which I've grown to loathe as I've gotten older... sorry, Nekro). I also wouldn't have to worry about being pretty. It's much easier for me to just look like an ass.

As I've also already been over in one of my Junes blogs, Kanji is someone I really connected with as I witnessed his "Shadow" self. While his experiences didn't directly mirror my own and, in fact, were pretty different, the general issues that Kanji was going through were things I fully empathized with. He's easily my favorite male cast member and I want to wear his skin for just a day or two.

Or I just want to scream into a camera "What the hell are you pricks lookin' at?!". 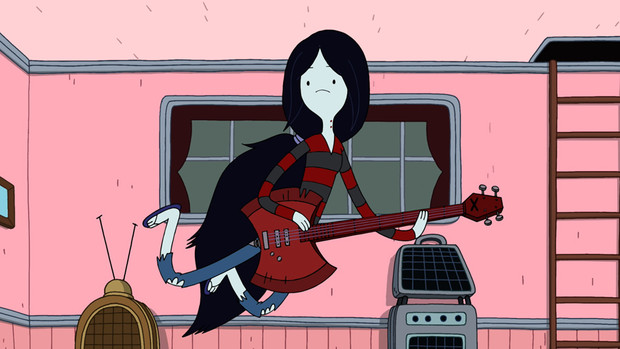 I caught me a glimpse of a male Marceline at last year's ACCC and it was hawt. I told him he was cool and he just pointed at me in approval.

Getting a proper bass (hell, I'd happily try my best to transition into bass and learn a thing or two for the role) wouldn't actually be that challenging. You can find fan recreations or close approximations everywhere on the Internet. The only challenge would be the tedious task of applying all that make-up. Also, growing my hair out to a suitable length. I just really don't like dealing with long hair!

However, I really would like to get myself into a good make-up centric role. If not Marceline, perhaps Nocturne's Demi-Fiend. 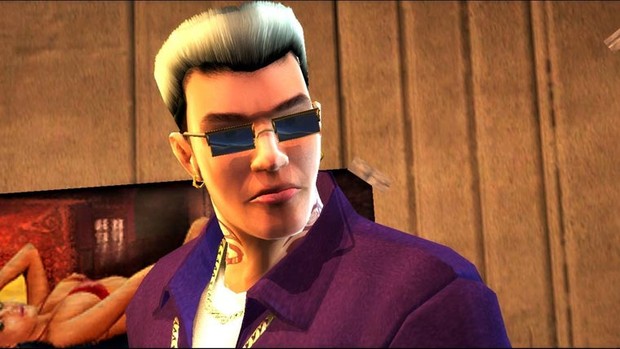 Speaking of bad hair days, get a load of Johnny Gat. He's an awesome dude, but a dude who decided that fucking hair was cool enough to sport for two entire games.

Unfortunately, he is one of my favorite video game characters and his Saints Row 1/2 incarnation would make for an infinitely more interesting cosplay. Unless I went as him as seen in Gat Outta Hell. That's a strong "maybe". However, I also have to consider how important the original two Saints Row games are to me. Heck, for a long time, Saints Row 2 used to be my favorite game of all time and anyone who preferred GTAIV was a sweaty butt.

What sucks is that I would have no idea how to sell myself as Gat outside the costume. He is so different from me. How do I pull off a smooth psychopath without actually being a smooth psychopath? I need a director to feed me lines and inspiration. It feels like wasted potential, just dressing as someone like Gat. Man, I wish I was fine with looking really stupid. Maybe I could get lucky and sync up my attendence as him and a visit from his actor, Daniel Dae Kim, but that'd be a stretch.

God, and that hair. That'll be hard to explain to people the days following the convention. 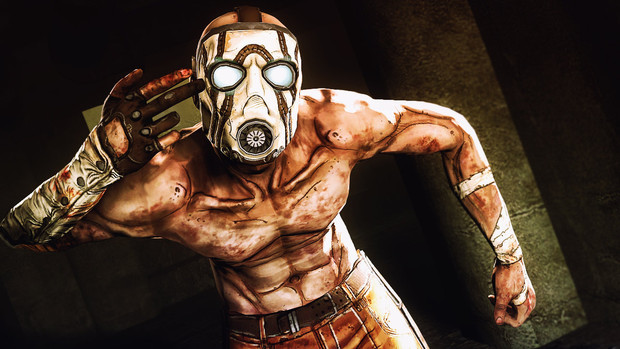 This would definitely be something I'd love to cosplay once I got real fit. Also, I'm not gonna lie: I really wanna yell a bunch and the Borderlands bandits are some of the most quotable video game characters out there. I wanna scream at somebody that I want them to be my new meat blanket or that I once plucked the hair of a dying baby.

I won't get in trouble either! If they can allow a gangster Deadpool blasting (and I mean blasting) Lil' Jon, there's probably some leeway for a little explicit shouting.

The costume is so simplistic that going the extra mile with "cel-shaded" make-up and dirtying up the entire look would put me in the higher echelon of bandit cosplays so easily. I wanna be iconic. If not through music, then through being the Nathan Barnatt of cosplayers. 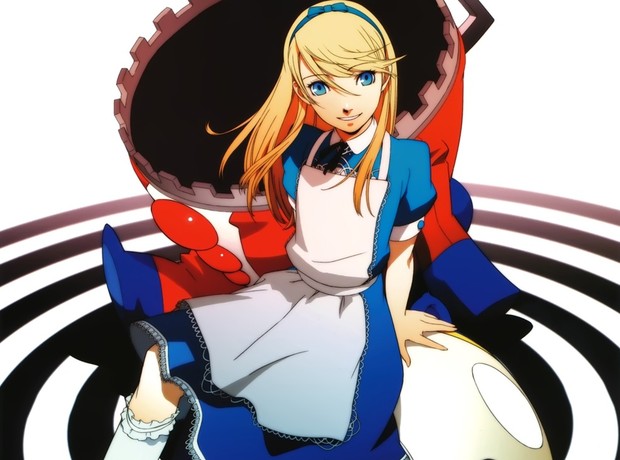 I almost did. I almost did this year. However, I regret to say that I am not yet that confident.

Someday, though. Maybe even for this upcoming PAX South. Who knows? I'm already neck-deep in nailing human Teddie. But, I reeeeeeeeeeeally wanna do it! The soft knee socks, the pretty blonde wig, the dress, the panties... I've always wanted to feel what it would be like to dress as a pretty lady. I don't wanna actually be a pretty lady, though. Having to deal with my very own vagina? No thanks!

To avoid preconceptions that I was simply cosplaying as Alice from Wonderland because there are those casuals out there, I'd probably slip a Teddie plush under my apron or something. If they still don't get it, I'll just scowl, snap my gown onto their sides, and skip away.

Now, if you'll excuse me, in my continuously counterproductive race to lose as much weight as possible before the middle of September, I'm gonna wait it out and order a pizza in a few hours. If only all fat went straight to your bum, then I could stop before I gained any weight in places I didn't care to gain weight in.