Why Her Story works and Gone Home doesn't.

I've voiced my rather harsh opinion about Gone Home a number of times around here. I even went as far as to say it was my most hated game of 2013. I haven't touched the game since I played it back then and my opinion hasn't changed a whole lot. Though I will be a bit pompous and say that for a game that got such praise when it came out, it doesn't seem to be talked about that much anymore, something I had a feeling would happen. Gone Home tried to do something unique and innovative and, at least in my opinion, fell on it's face doing so. 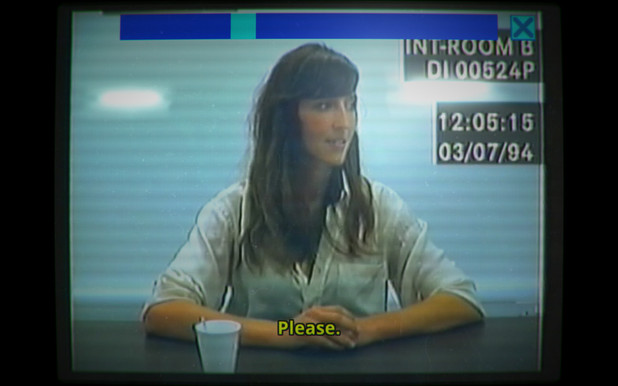 In contrast, I just recently played Her Story, a game that just appeared on Steam and was reviewed here on Destructoid with high praise. I have to say that I very much enjoyed Her Story as well. Her Story kept me engaged the entire time I was playing it and I was very much satisfied with my experience as opposed to Gone Home which by the time I was half way through I was forcing myself to play it just for the sake of getting through it.

I'm a fan of games with unique concepts such as the one Her Story presents and what Gone Home presented before I actually played it. Both games actually have slightly similar concepts. Gone Home puts you in a house to explore and rummage through in order to piece together where everyone in the house went. Likewise, Her Story has you going through a database of interview footage to find information on a murder case which was never properly solved.

Her Story in my opinion is a little more interesting in that regard in that rather having everything more or less laid out for you to find like in Gone Home, Her Story makes you actually work to piece the mystery  together. You use certain words and phrases to search up videos in the database which you must watch and pay attention to in order to gain clues to help you find more information. The Database is dated and such you are limited in certain things like how many results you can bring up at one time. There's no rushing through the game in 5 minutes here, unless you happen to just strike on a lucky word the first time, which even then you'd still only be getting a fraction of the story. While you might not get the same experience as being able to physically explore a location it's still quite effective in getting the story across. 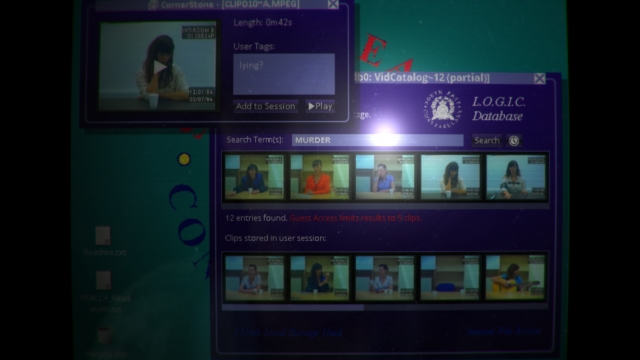 Gone Home on the other hand puts you in a house with everything there for you to find laying about. Rather than making you pay attention to certain details to make progress and force you to think about where the story might be headed, Gone Home just has you progress through the house picking up objects one by one until you happen to find something that might trigger an audio log. People were reaching the end of the game within 10 minutes just by skipping past most of the items. If you are able to just breeze right past the storyline then it makes any effort you put into the story rather worthless.

Gone Home takes place sometime in the early to mid 90's and makes a point to show it by littering the house with items of that era. Things like Super Nintendo games and dated movie tickets are meant to take you back and make you feel for a time long gone. First of all, one of the problems goes in hand with one of the other problems I mentioned. You can pretty much skip past all these items to reach the end of the game so again it makes it feel like a wasted effort. Second, this only really works for people who happened to grow up in that period. Most anybody born after 1995 isn't gonna feel a whole lot of Nostalgia for Pulp Fiction movie tickets. Even then it's a very forced way to try and make you feel nostalgic for something.

Likewise, Her Story technically takes place in present day with all the interview footage you look through taking place in 1994. Thing is, other than the dates that each video is stamped with you likely wouldn't even know it was from that time. It doesn't try to go "Hey, remember this?', it simply presents it's story like any other story without making a big point of the time period other than to reinforce the games concept and tie the story together at the end.

Getting into the meat and potatoes here which is the storyline for each game. Without getting into too many spoilers, Her Story is about a woman who was accused for the murder of her husband in 1994. The case was closed but never properly solved and the archived interview footage was lost during the Y2K debacle. You've been brought in to use a special database engine search up the videos and watch them to piece together what happened. As you watch videos certain clues like peoples names, places, times, events, etc. will come up which you must use to search up more videos and as such find more clues.

The Videos are live action and all feature the same woman and the actress who plays the woman does a fantastic job. She really makes you feel for her character and again without spoiling too much, her character goes through several emotional and mental states which she does a very believable job in portraying. The story itself has all sorts of intersting turns and twists that make you want to keep searching up more of the story and by the end I was very much satisfied with the results. While there is a point in the game where the mystery is more or less solved, the game never properly ends and leaves some things open but in a way that doesn't make you feel cheated.

Gone Home puts you in the shoes of a girl that comes home after studying abroad to an empty house with your parents and your sister missing. You are then tasked with exploring the house and over various objects and such in order to find out what happened to them. The sisters story is the main one that's presented in the game which as you find pieces of her journal around the house, you slowly discover what's been going on with her while you've been gone and where she is now. Unlike Her Story, the plot from here is pretty straight forward and becomes rather predictable early on.

You learn the main story by finding journal entries around the house, which again makes most of the other items in the house pointless. Each entrie causes a narration by the sister character which I can only desribe as bored sounding. She gives little emotion and energy when reading her lines which isn't helped by the fact some of her dialogue isn't very good either. Much of the story I can only describe as a cliche teen drama with some slight changes that come off more as an attempt to be unique rather than really serving a purpose. Halfway through the game it was quite apparent the direction the story was going and by the end of the game I was holding out for a much needed twist that never happened.

I said before that your Sister's story is the main one that's the forefront of the game, but underneath that is the story of your parents for which I have to give credit for, is where the game actually shines a bit. While your sisters story is easily found, the parents story is much more subtle and you actually have to look for it. Amongst the objects you come across in the house are notes, letters, papers and such that all tell the story about what happened to the parents with no narration surrounding it. It's entirely up to you to find out what happened to them and ultimately come up with your own conclusion to, which frankly should've been the entire game. Instead of leading me along linearly through the house to hear a story I've seen hundreds of times on TV before, let me go about and piece together my own story from all the objects there.

I can probably go on a lot more but I want to end this before I just start repeating myself. In the end, I found Her Story to be immensely more entertaining and memorable than Gone Home and I hope to see more games that do something interesting and clever like it. Her Story is only $6 and made me way more interested and more emotional than Gone Home which is still $20.

Unfortunately It doesn't seem to be getting quite the same press as Gone Home did and I'm afraid that it will eventually just get swept under the rug, which is a shame because it deserves much more than that.