Convention Coverage: An Afternoon at Too Many Games

Tinkerbell stood next to me as I burned my cigarette down to its filter. She looked frustrated, her time divided between irritated looks at the rainy parking lot and texting with the dual-thumbed fury of a person whose patience has run thin.

We are standing outside of the Greater Philadelphia Convention Center. For the last weekend of June, it has been converted from a place to see dog and gun shows into a marketplace of sorts. Too Many Games, the Philadelphia area’s largest (perhaps only) “gaming” convention has taken over the Convention Center, and it is a confusing – if not sweet – sight to behold.

I’m not exactly sure what I expected to see at Too Many Games. I’ve had a lifelong passion for video games and each passing year has instilled a deeper love for the classic systems and titles I spent my youth pouring over, but I never considered myself the kind of person who would travel forty minutes – in a torrential downpour, nonetheless – to walk around a huge room full of people trying to sell me stuff. I’ve been to PAX East a couple of times, and while Boston’s huge event may be considered a convention of sorts, every time I have attended has been in a work capacity with meetings scheduled one after another each day. Simply walking around, taking in the sights (and smells, unfortunately) at a convention geared towards consumers and collectors was a foreign concept.

I flicked my cigarette butt just in time to see Tinkerbell muster up the courage to dash into the rain. Tyga’s Rack City droned from speakers inside, the heavy bassline and absurd lyrics reaching into my skull. With the kind of curiosity and courage that can only be instilled by a musician extolling the virtues of putting “ten, ten, ten, twenties on your titties, bitch,” I entered Too Many Games’ main expo hall.

Describing Too Many Games to a friend afterwards, the most efficient word to convey the experience was “weird.” To anyone – my friend included – who has not spent the better part of their life invested in the gaming world, seeing a thousand or so people milling about and pawing at various games, anime and collectible merchandise, is nothing short of weird. To me, and the majority of those in attendance on Saturday afternoon, it was akin to an exciting bazaar.

I brought my notebook with me in hopes of getting some kind of scoop about the convention. For a week or so leading up to Too Many Games, I had been kicking ideas around, wondering if I could work a story about GameStop’s recent foray into the “retro” gaming market and how it affected the people who relied on conventions and online storefronts to peddle their glorious video game wares. As I walked around the showroom floor the first time, I threw the idea by the wayside. There might have been a story there, but for the first time in my convention life, I decided to just relax and take in what I saw. No scoops, no stories, just this blog post. 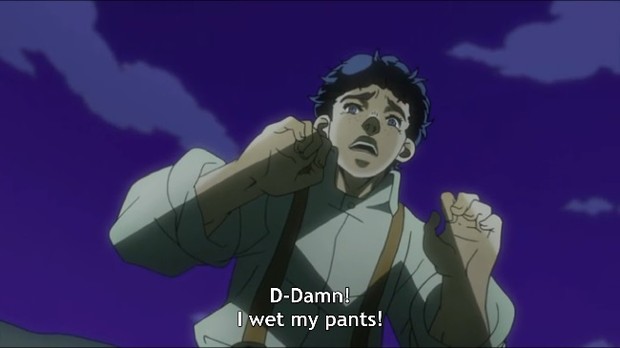 Because the showroom floor was filled with more video game vendors than I cared to count, I decided to play the smart consumer and look for some new titles to add into my backlog.

Looking back, I don’t know if I had any real expectations about what I would find when I perused the various stalls. I saw boatloads of NES cartridges, overprices SNES games and a handful of shovelware-grade PlayStation 2 and GameCube games. For the most part, there was a notable level of consistency between the selections at most of the booths.

There were, of course, some highlights. I’ll get into that a bit later, however, as the real standout from Too Many Games, was just how interesting the mix of attendees was. As I moved from end to end of the convention center, I was constantly impressed by just how diverse the crowd was.

Now, it’s important to note that someone can easily take my use of diverse the wrong way. So, in the interest of being clear, I’ll elaborate. Too Many Games was chock full of people. Fat people, skinny people, people of color, people of colors different than the previously mentioned people of color, old people, pretty people, and not so pretty people were all accounted for. It was an interesting mix which showed that when it comes to video games, all people are really equal and unified by their passion for electronic entertainment

After a few loops of the showroom floor, it became clear to me that I should start digging a bit for more offbeat games than I saw on my cursory glances. I wanted to find some weird shit, essentially, to add to the piles of weird shit I already had taking up space in my room.

Sadly, the selection was too thin and my wallet too light to bring home anything of note. I was, however, impressed at some of the stuff that I came across when I started asking the vendors for their more “niche” titles. Perhaps the highlight, at least as far as I was concerned, was getting my paws on a copy of Suikoden II. Up until my time at Too Many Games, my own personal copy of the game was the only one I’d ever actually seen.

This cycle of walking around, looking at games, and striking small talk with the occasional vendor repeated itself a handful of times. I saw plenty of terrible artwork, some radical kimonos, and a whole lot of people wearing ironic t-shirts. It was, at its core, a very “video game culture” type experience.

My time at Too Many Games ended similarly to how it started. I stood outside, cigarette in my mouth, waiting for a break in the rain. A couple dressed up as characters from an anime that I have never seen lit up beside me and we exchanged solemn nods. “I love this shit,” the woman said to no one in particular.

Me too, I thought before I took a step to my car. Me too.