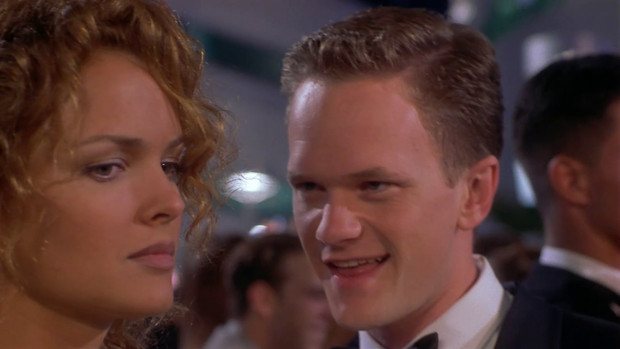 The other day I was going through my bookshelf of eclectic reading materials and realized what a weirdo I am. Sonic the Hedgehog History. Modern Pin Up. A Dictionary of Mythology. Slaughterhouse Five. MYST. The History of the World. Real Ultimate Power. Orthodox Christian Study Bible. The Satanic Bible (Right next to one another). Python for Beginners. A Health And Nutrition textbook. Sociology 101. Endgame Chess Strategies. The Art of War. Calvin and Hobbes, Bloom County and Farside next to Sethian Gnosticism and the Platonic Tradition. (Whatever the hell THAT is). The Iliad, Gilgamesh, and a Star Wars Old Republic novel.

How To Play Dwarf Fortress.

There was a time when I was seriously into roguelikes. Too much. It was an addiction. Between Nethack and Angband alone I put in a ridiculous amount of time. But there were many others, and this was before the great wave of new roguelikes started hitting the market. Dungeon Crawl Stone Soup, DoomRL, and eventually, really unique stuff like Faster Than Light being among my favorites.

One day I booted up my computer to see an article about a game called Dwarf Fortress. It chronicled the life of the two creators, the main programmer being so dedicated to the game that he works on it all night and uses it now as his full time job living exclusively off of donations given to the game. Probably the most complex game ever designed, it is a full fantasy simulation utilizing ASCII graphics with a barrier to entry denser than adamant. Tutorials for the game on YouTube are many hours long, and the whole thing makes something like Crusader Kings look like Buster Bros. in terms of complexity and overall difficulty. 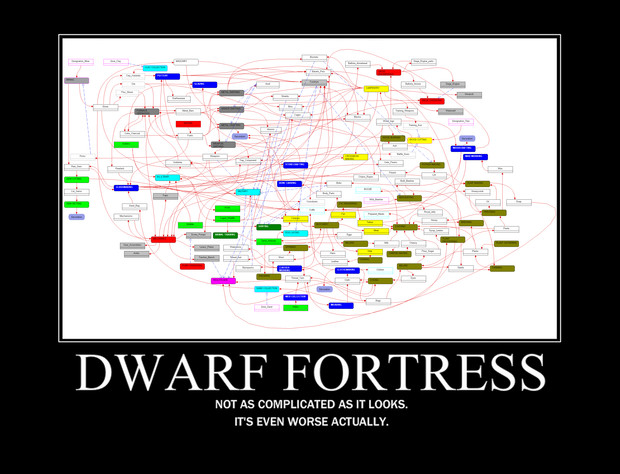 Much like some of the books on my shelf which I will just simply never be able to finish or understand all the way through, the experience of reading them is more theoretical than practical. I call Dwarf Fortress a "theoretical game".

This is a term I have come to adopt for things that I love, things I want to support (I donated money to DF at one point) but that I couldn't possible every truly appreciate or grasp on the level others do. I want to. DESPERATELY. I was chomping at the bit when I heard O'Reilly was publishing an honest to God textbook on Dwarf Fortress to initiate beginners, and immediately placed my pre-order.

I pored over this tome for hours, and it really is a lovely book. Apart from being an instructional on how to play the damn game, it is also a love letter to it in many ways featuring stories of strange things that have happened to players, screenshots, and even cute little drawings.

Ultimately, like Sethian Gnosticism and the Platonic Tradition, I realized it was far beyond my level of intelligence or understanding, and decided to put it down.

Theoretical games go beyond experiences that you simply can't grasp. There are a lot of games I lump into this category. Games that I don't have time to really get invested in, for example.

DOTA 2, LoL, and other acronym based MOBA games (which is also an acronym) are definitely categorized that way for me. The learning involved is something I'm not afraid of since there are a plethora of build guides and the like freely available, but I find it really hard to dedicate upward of 40 solid minutes to a match because my gameplay sessions are so constantly interrupted. Even at night, in the wee hours of the evening when the house is asleep, it's almost a damn guarantee my son is going to wake up crying, or something else is going to have to be attended to, so I don't really have the time to dedicate a huge chunk of time like that to one game. I need to be able to pause, or at least know that inaction in my part is not going to fuck over a team of people. I find Splatoon to be very MOBA like in some ways, in terms of the "push" factor, but it is casual enough and fast enough that I can get in and get out and know that I'll be able to change that shitty diaper in three minutes when the match is over. It's a shame; I really love the mechanics of MOBA games. I find they take the best parts of the modern MMO, the PvP, and turn them into a structured, isolated experience.

For awhile, I considered the Souls' series to be theoretical favorites. Dark Souls was an amazing game, and an introduction into a series that has basically become its own genre, but for as much as I GUSHED over that title, I didn't get more than a quarter of the way through before throwing in the towel. I just didn't sit down long enough and invest enough time. Now, I consider myself to be a "troo fan", devouring Bloodborne over the course of a week and getting well into Dark Souls 2: Scholar of the First Sin now. But for awhile, this was a series I loved in theory and not practice, and it took a long time for the worm to turn.

Legend of Zelda, believe it or not makes this list. I am not a patient man and the lateral thinking involved in many of the major Zelda titles is just too much for my tiny brain to comprehend. Zelda is a series that exists lavishly in our household; we have every single one for the past X amount of years, plus some of the older titles. There is no shortage of Nintendo's arguable best franchise, but it is really my wife who enjoys them the most. I like to sit and watch, maybe help with the puzzles, but put the controller in my hand and I'm stumped. I have been playing Ocarina off and on for the past sixteen years or so and am no closer to beating it than I was as a kid. For whatever reason I just can't grasp the Zelda series. I love the lore, love the gameplay, but the dungeons and the puzzles within frustrate me beyond compare. And even though I am much BETTER at them as an adult, I just never have the drive to complete one all the way to completion, the only one I've ever beaten being Link to the Past on Super Nintendo. And even that took like over a decade. 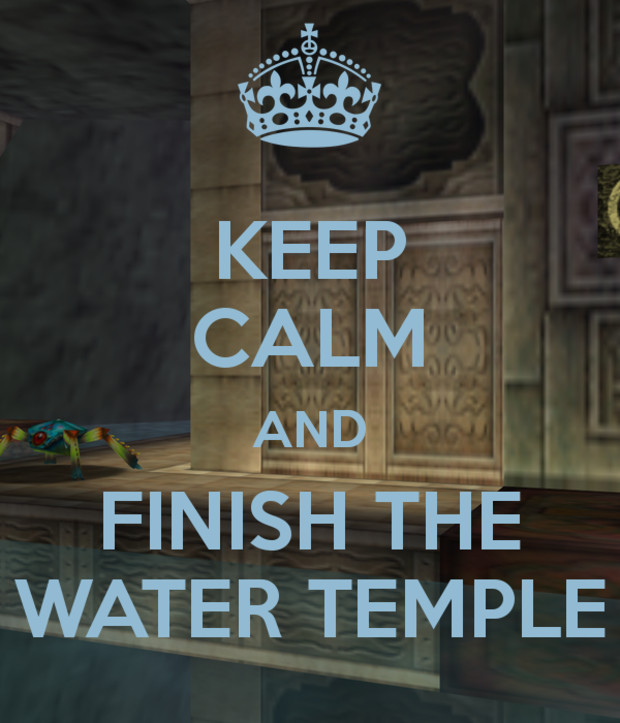 Basically any MMO these days. In the before time, the long long ago, when Ultima Online had just been released, the MMO was a more sandboxy experience. I was heavy into roleplaying both in that game and in chat rooms, and payed little attention to actual mechanics, never even learning how to properly build a character over the course of the two years that I played it. The next major game I'd play was WoW, and though I still think it to be a gorgeous game, I spent most of my time just hanging around in Goldshire and roleplaying. I never really dug into the story or the leveling. Less theoretical maybe, since I found one aspect of the game and really ate it up, but still; it was an isolated experience, one based entirely on user input and not part of the structure of the design itself. I was basically creating my own fun using the game as a tool to interact with others.

And sometimes virtually fuck them. 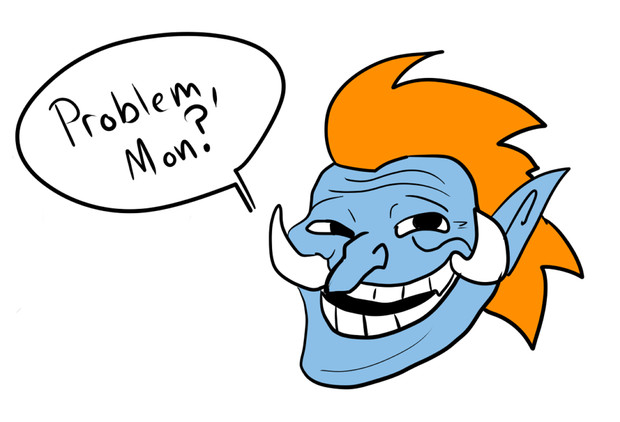 So why do I do this? Why do I keep getting into games, and books for that matter, that are clearly beyond my comprehension?

Well, I like a challenge for one. Some of the philosophical texts like Descartes that I keep on my shelves are a challenge. I might have to read them ten times before I really begin to understand them, and even then will probably fail miserably. But I find it gets my brain working, or allows me to approach things from a different angle I normally wouldn't. With games, they often open me up to experiences I didn't know were possible.

There are a lot of games I give nod too without every being able to appreciate them on the same level others can, but I think this is just fine; it shows the absolutely massive diversity we have in gameplay styles today. I hear a lot of purists constantly preaching about the "old days", and as someone whose fondest memories of video games come from the Sega Genesis, I can certainly relate. But I'd rather spend most of my time with the new stuff, even if it clearly isn't made for me. There are bigger ideas out there, more tools to execute them, and more freedom to try putting unique, different, sometimes jarringly niche and ridiculously obtuse concepts into action. 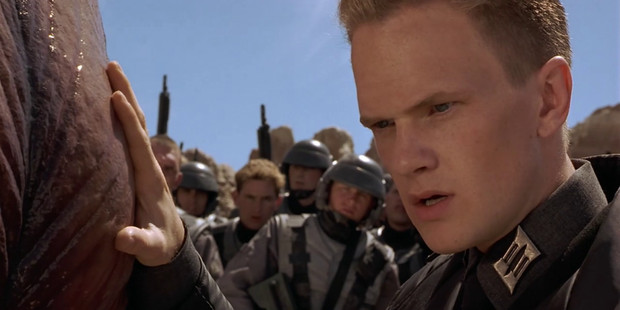 Just knowing there is stuff out there like Dwarf Fortress is fascinating to me, even if I can never fully appreciate or enjoy it.