Slave to the Grind

Today I am home sick.

It has been a really shit few months for my family and I. A really bad year, actually. I have realized in that time that I am worse at more things than I am good at. I guess that's sort of a given, but when it affects your pay, it's quite eye opening.

Last year saw my wife returning from maternity leave only to be almost immediately laid off. With the merger of her company to another, the store she worked at shut down, and she was left broken. She had invested all of her time into it, all her energy. I left my reasonably well to do job as a security administrator so she could pursue her career, and took on the roll of a stay at home dad. But when things fell through, not long after the death of her father no less, she decided she needed a break before jumping back on the horse.

I was pretty lost myself, not having worked full time during that entire few year period, hopping from one part time job to the next, and fighting mounting depression all the while. It was pretty awful stuff. But I eventually settled on plumbing as the career for me, mostly because it was familiar; I spent a lot of time on the toilet after all, so how hard could it be? 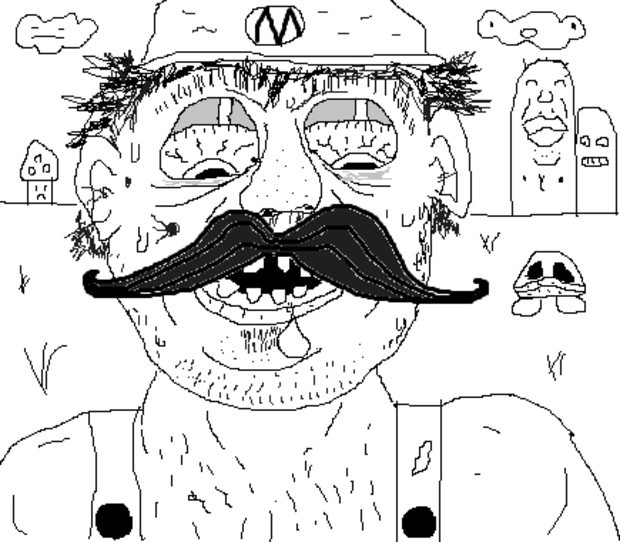 But I survived it.

I got stronger. A hell of a lot stronger. You need to when you are hauling hundreds of pounds of tools and pipe around all day. I started with a reasonably good company just learning the ropes; sorting trailers, cutting rods and pipes, learning tools. I was happy there. A month and a half later I got laid off, no explanation as to why. I asked if it was me, what I could improve on. They said it wasn't and offered nothing else, and to this day it still really bothers me. I had never been fired, laid off, anything up to that point. Working since I was fourteen, I've always been the one in control, the one to quit.

One after the other, I hopped through three plumbing companies over an eight month period. Finally I got to that point where you realize it just isn't working out. I was doing the work, I even got indentured as an apprentice. But things weren't clicking. I couldn't even remember simple procedural things. I had gained some experience in residential plumbing, and after leaving the last company, actually spent a month rebuilding a new kitchen for my parents. It is apparently still holding up. But my wife decided she wanted to go back to work, even though she had to start from ground zero; much lower base pay, having to climb her way back up the ladder. But if it weren't for our current financial strife, we would be very happy. We are still pretty happy.

Stranded at home sick, luckily not missing work at my new job which is going fairly well, we decided to sit down and play Minecraft. Not for the fifth or sixth, or tenth time, but some number at least in the mid twenties. Minecraft is a game we always end up going back too, but the past two days it has had more significance than ever. 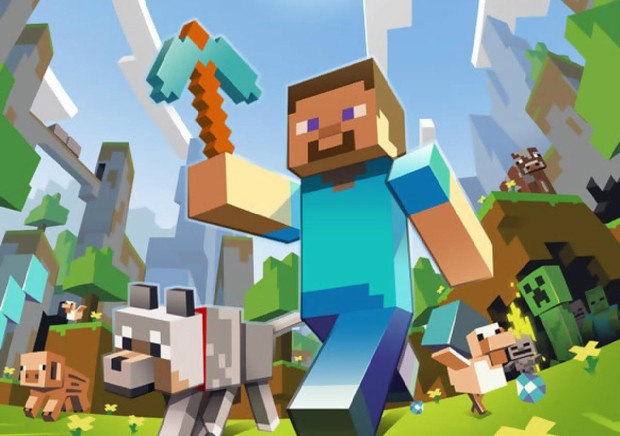 There is a general criticism of games such as this, Harvest Moon, and other sandbox experiences. I'm also currently playing Elder Scrolls Online, and though I haven't gotten into the crafting system, the general idea of farming, or "work" in games, is something that turns a lot of people off.

I got a text message from my cousin the other day telling me, "You won't believe what my brother is playing." He sent me a screenshot of Farm Simulator, and we proceeded to laugh about it. But in the back of my mind, I was actually interested. Because for whatever reason, I love the idea of virtual work.

Now, I'll be perfectly clear here; I don't generally use games as a form of escapism anymore. In fact, when sitting down to play a game I generally have to be pretty stress free and clear headed. When I am worried about something or generally depressed, I have no interest really in games. So what I experience when playing games that make me work is a sort of "reverse escapism." I use games to escape from the guilt of not getting things done, same as I do blogging. I know most of you are probably sick of "Manchild" popping up every day in the C Blogs, but when I decided to go back to part time, I made a promise that I would do something to stay productive outside of my job and taking care of the kids. Because there is a sort of stigma still attached to what people like my wife and I are doing that I find very difficult to escape.

It was a lot worse during the first years of our daughters life. People were very judgmental, surprisingly, more of my wife than of me for what we were doing. "Maybe she regrets having kids?" was a general assumption, "otherwise, she'd WANT to stay home with them." But this was never the case. It was always based on the dynamic of our personalities. My wife is very bubbly and personable. I'm a cunt, for lack of a better word. My conversation with people is strictly relegated to my cousins and to the one-sided conversation of posting blogs on Destructoid and then interacting with the people who comment. So it worked better for us right from the get go, and had nothing to do with the children being some sort of burden.

I mean we have two of them, for Christ sakes. No one does that just "for fun". 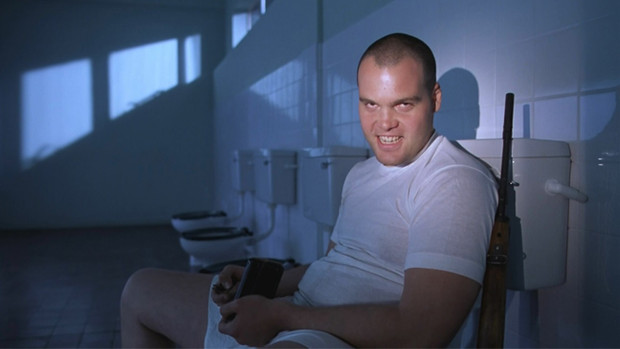 Just like my depression, the stigma of me being a stay at home dad was sort of thrust upon me by myself, no one else. I felt some innate guilt for not providing for my kids in the same way my wife did, and although I have had a lot of people express it was "silly" for me to do so, I actually put a lot of stock in default, traditional gender roles and how they affect our actions. And I do believe that, at least in most people, there is an innate desire as a man to provide. This doesn't mean everyone who is a man SHOULD provide, nor does it mean that women who grow up wanting to look pretty should be forced to dress like Barbie dolls all the time (and having to make this point at all is a bit depressing, but people are good at interpreting things improperly) but I do think there is a general core nature in people to lean towards traditional, designated roles, and there is hundreds of years of science to back up that theory.

Whatever the case, despite the fact that I will actually be working a full forty hours soon even though it is "part time", I still feel an urge to grind. I don't even like work, if I'm totally honest because like I found plumbing to be unexciting and completely non-engaging, most things just don't capture my attention. The only thing I've ever been even REMOTELY good at is writing, and the people who get paid for that sort of thing seem to either get lucky, have to work way too hard all the time, or just write top ten garbage lists for sites like Buzzfeed. Or, if they are really blessed and talented, are working right here with the fine folks at Destructoid (Hire me I will work for Wonder Bread and I give a heavenly rimjob.)

So especially in my current position, when I have no opportunities to do useful work and make money on the side, I engage in the escapism of the grind because it satisfies my urge for productivity. It's a false God, one that should not be worshiped lightly, but the altar of grind has satisfied my need to not be useless. So when people typically complain about games that feel "more like work", those are the types of experience I generally seek out and crave. As long as there is a satisfying compulsion loop there to keep me engaged, I could play stuff like Harvest Moon for weeks and not get bored. 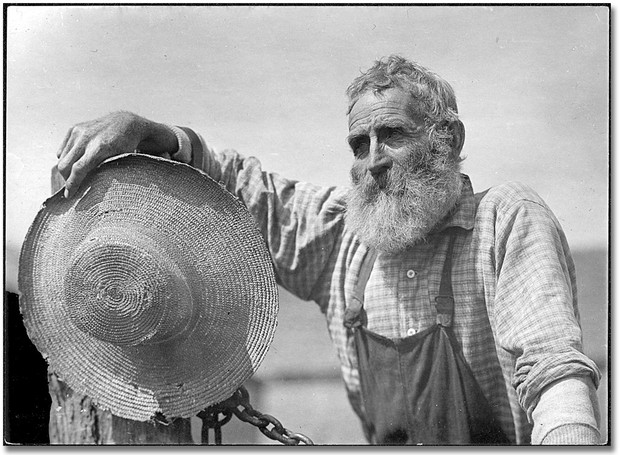 And games feeling like work is a legitimate issue. So many more experiences are focused around the aformentioned compulsion loop and its ability to keep the player edging throughout the experience, constantly trying to reach that next little victory only to have to do it over again. And people spend billions of man hours in games like Diablo 3, sometimes putting hundreds or thousands of hours in for little more than incremental improvements to their character. Everquest was a literal death sentence for some because it was one of the first to do this so well, and it has since been improved on a million times over by other titles to drag more and more into the fold.

I'm okay with it. I wish it were...less, maybe, and more of a choice than what seems like an obligation, but I love the grind. I'm a slave to it. I don't even like admitting it, but it's true. 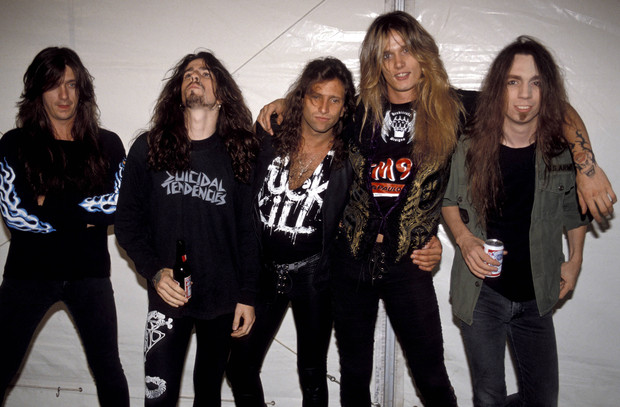 And if you ARE hiring writers, someone out there, my resume is as follows: