Shit That Freaked Me Out As A Kid

There is a new survival horror game out guys! It's great. You are alone in a haunted wood. Or maybe it's a town. And all you have is a box of matches. And you can light the matches when something scary appears and it will make it go away BUT YOU ONLY HAVE SO MANY. Or maybe you have a gun. But the gun has no ammo and when you hit the trigger to shoot the ghost in front of you, a ghost comes out of the barrel of the gun and surprises you and it just freaks you right the fuck out. Or maybe there are zombies, a lot of them, and you have to survive. You scavenge for stuff but all you find is a lot of tin cans. But there is a Minecraft mechanic where you can built a hut out of the tin cans or a helicopter. And then you can hide from the scary things or fly away from them. But when you land, you realize that you were on Earth the whole time, and that is the twist.

Survival horror games have never really gripped me or held my attention. I think Resident Evil left a bad taste in my mouth. The combination of clunky gun play with lateral thinking just made me more frustrated than scared. I've played that Slenderman thing and the one with the toy bears or whatever, and I just...I dunno. Jump scares get old. Atmospheric horror gets old. When I was younger, none of these games existed. I tried to imagine myself playing Bloodborne when I was young, how that would have made me feel. I'd probably shit my pants and die. But today, it's more like "OH FUCK YOU TENTACLE WEREWOLF WHO HAS A WOMAN'S FACE AND MAKES BABY SOUNDS. You killed me and now I am upset and not scared at all because I've been doing this shit for like 30 hours." Back in MY day, we had to make due with a different, more visceral kind of horror. The horror of being a dumb idiot baby who is scared easily by stupid things.

The first such terror that gripped at my psyche and pulled me into a miserable nightmare of agonizing screams and maybe a scary crow was the big walker thing from Mega Man 2. I can't put a finger on it, but these things absolutely scared the shit out of me. Like a panicked fear of "I don't want to look at that." I think it had something to do with the fact that they were a boss sized enemy that was you'd just sort of unexpectedly run into. They killed you easily and were relentless. And in Flash Man's stage, arguably the "first" stage you are supposed to tackle by some accounts, they were relentless. If you fell from the pit to the last few screens and couldn't properly navigate a series of tiny platforms, there were like twelve of them waiting for you below. Or maybe two. Either way it was a shitty way to go, and I was always stressed whenever that part came up. 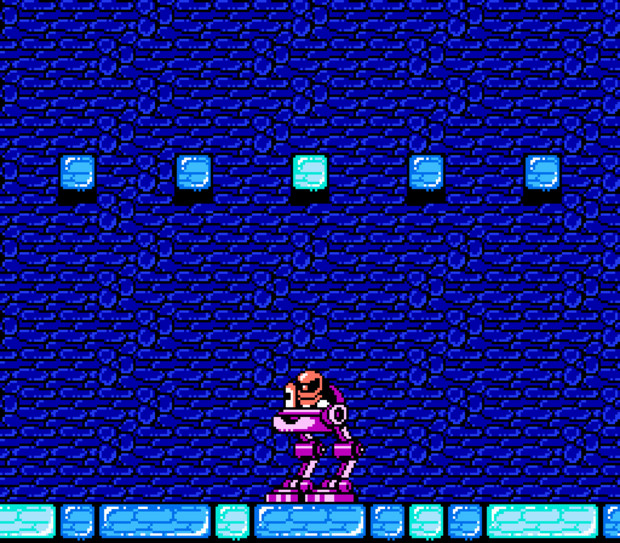 Bubble Bobble. It's all fun and games in Bubble Bobble! And not Puzzle Bobble which was Bust-A-Move here, so when the real Bust A Move came out for Playstation, we had to change the name to Bust A Groove which sounds stupid. It was the game I rented when friends would come over. You'd get pretty far, maybe like ten levels in. But when you started to lag behind, the insta-death zombie ghost monster came out of nowhere and scared the living shit out of you. Timers in video games made to get your ass moving were no new thing, and I'm pretty sure Berzerk did it way before anyone else, but goddamn. Here I am in happy wonderful rainbow butterfly land full of cheesecake smiles and buttercup dreams and then death incarnate appears out of the woodwork and is impossible to escape? No. Fucking. Thanks. 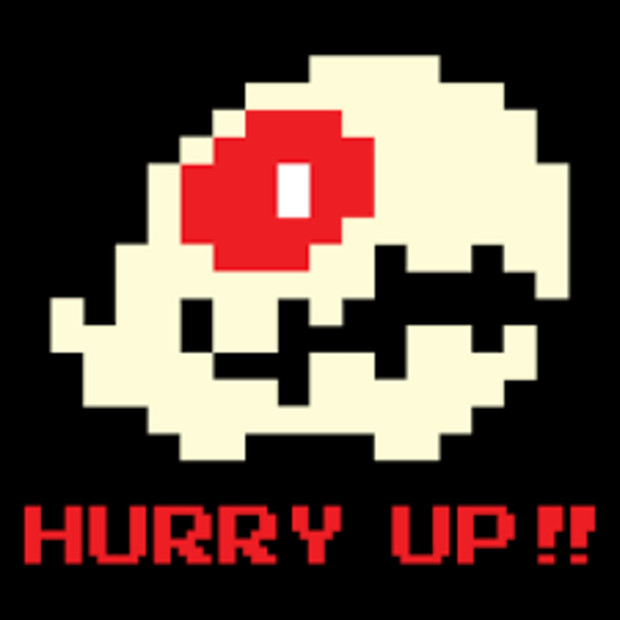 Zelda II scared the Christ out of me. Zelda was kind of a fun sandboxy adventure. It didn't really rile up my emotions. Even bosses just sort of appeared like they'd just been waiting there for you and turned their heads when you walked in and were all "Oh hey, what's up? Guess we have to do a thing now." But when I started walking across the map for the first time in Zelda II after spending an hour in the throne room trying to wake up princess Zelda so I could get a handjob or whatever and little shadow figures started roaming along next to me, I was off put. Even more so when I collided with one and had to fight pig men in a dark forest with gloomy music playing. It was all sort of creepy. But the moment that made me drop the controller and cover my eyes was the first time I saw the game over screen; blood red, with Ganon's terrifying visage before me, and a synthesized laugh to along for it. Jesus Nintendo. I didn't know you were in the business of giving little kids micro-heart attacks. I'm sure that's a thing. 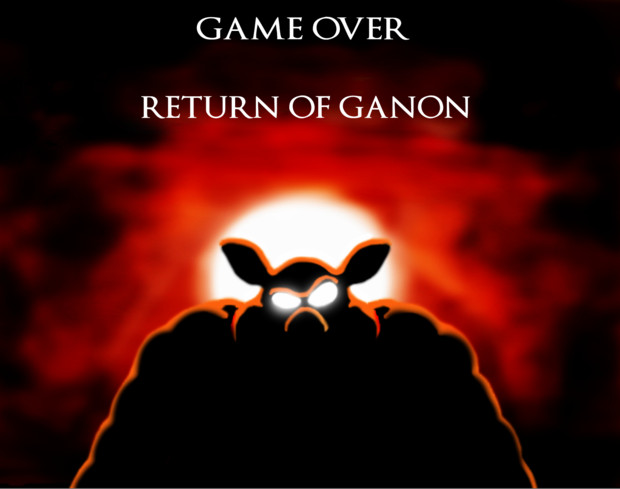 I first got to play the Sega Genesis around the time Sonic the Hedgehog was released, and it was pretty awesome. Sonic was a blast. It took me weeks to past the first couple of zones due to the frustration present in Marble Whatever Zone (The one with the lava, and yes, this IS it's full official title) but when I finally did, Spring Yard zone was a blast. For reasons, it freaked me out when I discovered there was a bottom to the level and when you dropped down into it you could die. But the real shitkicker was hitting Labyrinth Zone, known most aptly as "that fucking water level" and the surprising moment of panic when a timer started counting and the most horrific rising theme played to indicate the panic in the blue hedgehog's tiny little palpitating heart as he slowly asphyxiated to death deep in an underground aquatic tomb filled with razor sharp needles and spikes waiting to rip him to blue and red shreds (Red being from the blood as his tiny little rodent body was sliced open on all sides. Try not to envision that in your head. Or the screams.) 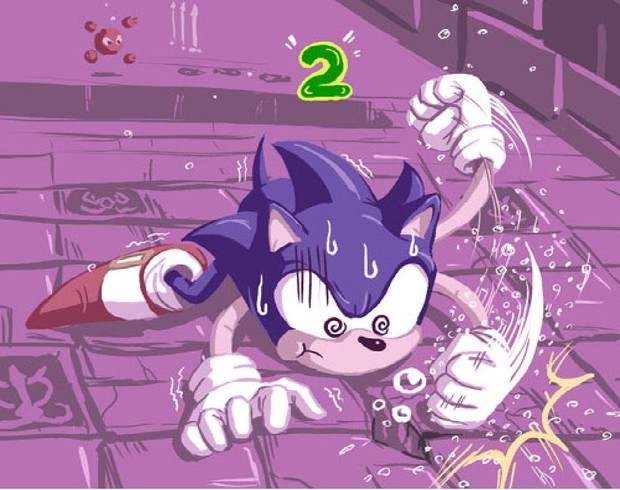 Finally there is Ecco the Dolphin. Ecco needs to introduction; it is known by many to be one of the most terrifying experiences of the 16 bit generation, mostly due to a lot of people being scared of deep water (GEE I CAN'T IMAGINE WHY.) and although the end boss gets the lifetime award for "most ungodly sickening primal fear inducing monstrosity ever in a video game" the thing that scared me the most was the octopus.

You are playing a game which seems fairly benign. Apart from a shocking scene in the beginning where you discover jumping too high will cause you to shit your pants as a whirlwind of red tears everything out of your innocent home bay, you are for the most part, just swimming around as a dolphin. It's moody, and oppressive. The need for air is constantly present.

A couple of levels in, you get to a part where you need to boogie. And if you read the warning "SWIM SLOWLY PAST EIGHT ARMS" you want to be cautious. But time is ticking and you have to finish this level quick because there isn't much air around.

So you blast through, screen after screen until suddenly half your screen is filled with something you haven't seen before. It whips its tentacle at you like a cat of nine tails Ecco screams in dolphin agony, and the screen goes black. 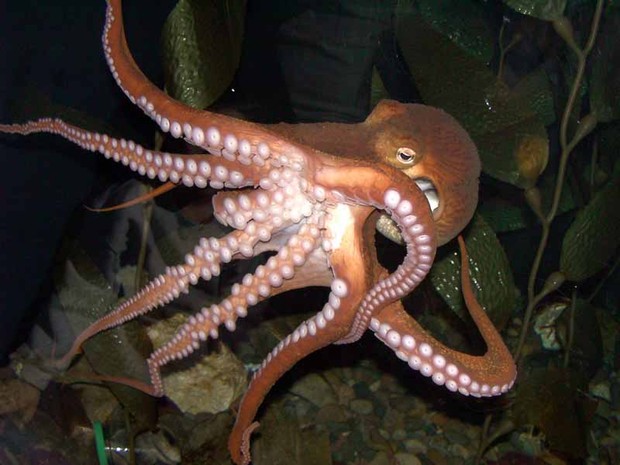 You take the game back to the video store and don't touch it again for a year.

In something unrelated to games, just to illuminate what a little pussy weirdo I was, I was terrified of the Warner Brothers logo. Anyone who had a Looney Tunes tape kicking around will remember the logo appearing on a cloud backdrop with an ominous, epic ballad of triumph. It was one part warning, one part victory. And for whatever reason, my little mind couldn't handle it. I couldn't watch the intro, but I also couldn't SEE the WB logo on stuff. It looked like a terrifying face. It comes flying out of the sky from wherever. Why is it in the sky? Where is this taking place? Is it above my head RIGHT NOW? WHAT THE ACTUAL FUCK IS GOING ON. 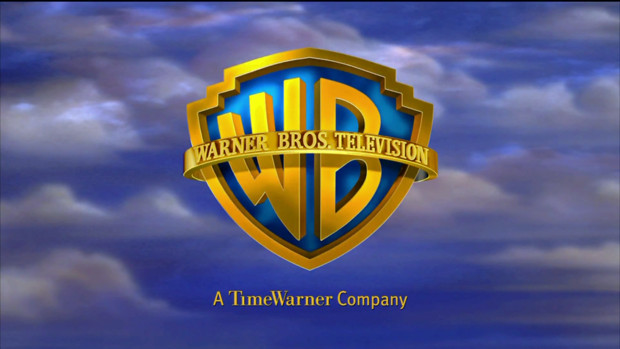 So my mom ripped it off of all our video tape covers.