So in a move that shocked no one, it was announced that the Midway arcade classic Rampage is finally getting the Hollywood treatment after decades of fan outcry. Starring Dwayne "Fiddlesticks" Johnson (as he would prefer to be called) the movie is going to be about monsters who destroy cities but it is really us who are the monsters because the monsters are an allegory for human science, the greatest threat to our existence today that has done nothing for us as a species except to pay for treatment for the people who will eventually get sick at some point after making Rampage into a film. 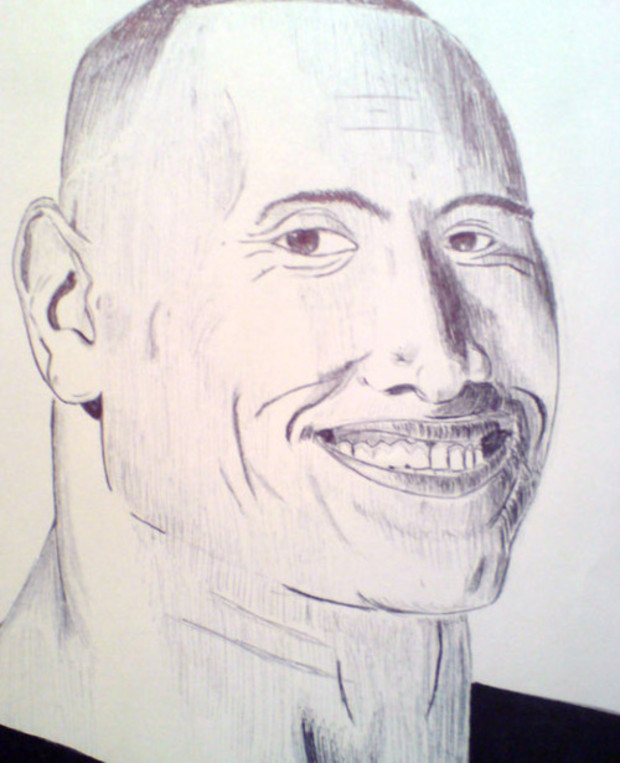 As part of a deal I brokered with a homeless crackhead, I was able to get an exclusive look at the upcoming trailer for the new film, so thought I would share a general synopsis with all of you.

The trailer starts with an ominous rousing violin note and an overhead, wide angle shot of LA which is actually Vancouver because it is cheaper to shoot in Canada. The plink of a piano note shrouded in reverb plays to whispered conversation. 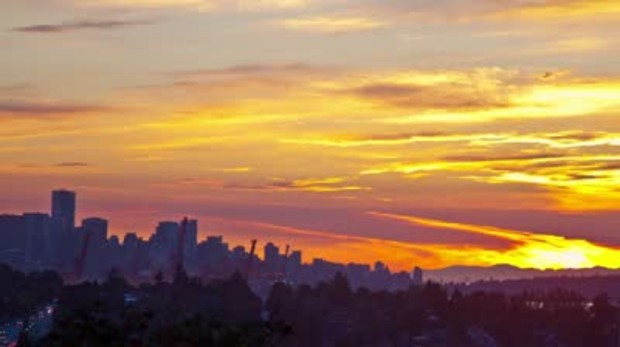 "It's impossible to know if mankind is ready. That's why WE have to be ready."

Plink of piano key. The next person talking is framed with the sounds of cameras taking shots, clearly a scene of someone talking to media. A journalist seems to be speaking.

"What do you say to the allegations that you have been doing illegal genetic expiriments?"

"It's too late. She's already on the move." A voice continues from a man who sounds old and possibly injured.

A helicoptor spins out of control and the sound of the propeller increases in volume before it smashes into a building. 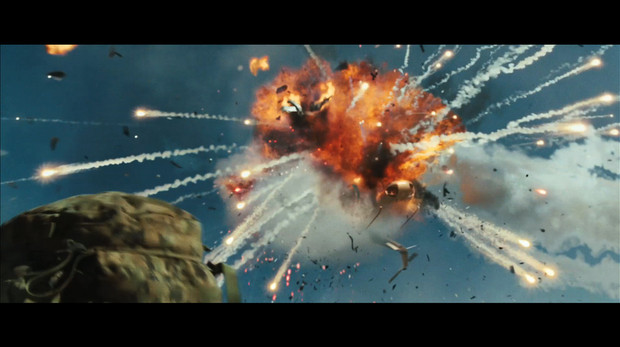 The piano starts a melancholic but optimistic, light melody. We see Rock "Dwayne" The Johnson standing in a drive way, with the light sort of in his eyes so he is kind of squinting a bit.

"I wish you didn't have to leave." The voice of a young girl exclaims.

"It's only a few days. Probably nothing serious. I'll bring you something nice when I get back."

He hugs his daughter and then we cut to a military control room.

"He's the top man for the job. A decorated war veteran of fifty navy seals military war marine medals. An ex cop and private detective and one of the top martial artists and best marksman in America and internationally."

We see Kevin Smith who is playing a fat nerd.

"Yeah and I eat pizza pops and crap gold dust, but that doesn't mean anything. I don't think you really get what we are up against here." He takes a sip of Mountain Dew. 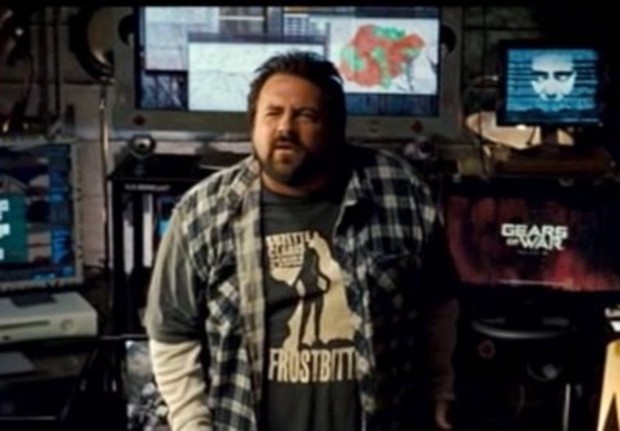 "We all gotta go eventually."

Dwayne Johnson is watching monitors displaying the carnage. A city being brought to its knees. A shot of something strange; a large green tail. The camera pauses on it.

"What the hell is that?" He says in a whisper as the camera slowly zooms in on his face."

Kevin Smith looks at him with a sly grin. "A paycheque."

Military men are suiting up and boarding helicopters. Kevin Smith continues his narration. "It's popping up all over the state. Comes in, causes havoc, thousands dead, and disappears again."

"So what do you expect from me?"

A shot of a cold room. A door slides open. There is a green vial on an illuminated white table.

"It's called Psychogen. A mutagenic tincture of my own design."

"And what am I supposed to do with that?"

"Well, we put it in a syringe and put it up your a-" A banging noise so that the word "ass" isn't said during the trailer.

Loud bombastic music plays to scenes of destruction. "It hasn't been tested on humans, but this is our last resort. That thing is destroying everything, and we need to stop it NOW!"

Scenes interlaced in the destruction of the Rock screaming and sprouting hair on his back. Ape hair.

"What did you say your name was again?"

Increasing violin note. A close up on The Rock. 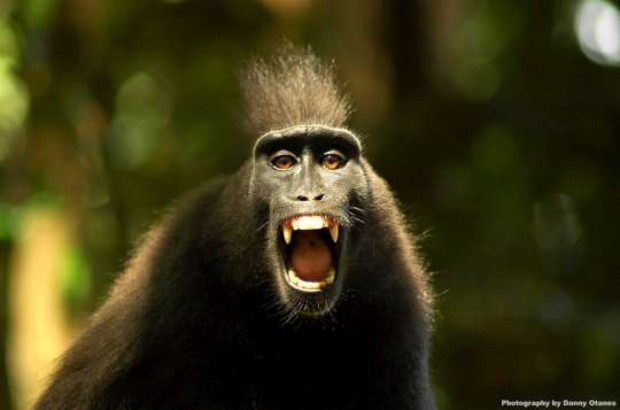 "She never sees her daddy. I came here to tell you I want a divorce."

George in Ape form being thrown into a building, because it's like, a metaphor kind of. A bus full of kids picked up and the kids are screaming.

A zoomed out shot of a woman standing in the middle of the carnage, naked and tattooed. An asian dragon tattoo on her back.

"There's something you haven't told us. Something you've held back from us this whole time." 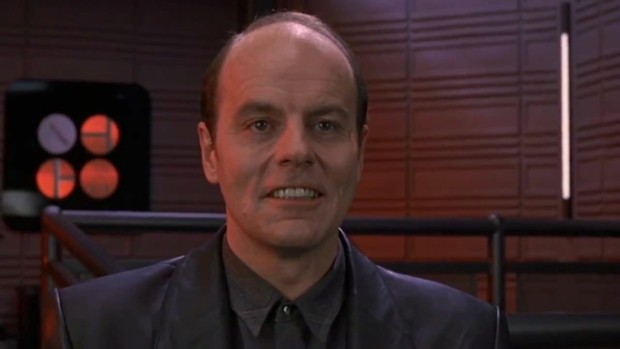 Accusatory finger pointing from The Rock to Kevin Smith who is eating Cheetos and Taco Bell. "It's YOUR fault! You made this thing, and now you're putting my family at stake to get rid of it?"

"I didn't know...I...I didn't know!" He says and shits his pants and there are farting sounds because he is fat.

"Subject 25B46B. The first we experimented on. A street urchin...an orphan. She was hookering like a prostitute when we found her. I was told it was voluntary."

Close up to the girls face as she opens her eyes, then cut to black.

George and Lizzie fighting, big words on the screen, "THIS WINTER" with epic operatic music. Things exploding, rubble falling. The Rock picks up his daughter again to carry her away from an explosion.

"PREPARE" George punching Lizzie as her tail knocks a helicopter out of the sky.

A black screen, heavy panting. The Rock says, "I don't think I can do this alone."

Soft laughter. A behind shot of Kevin Smith. 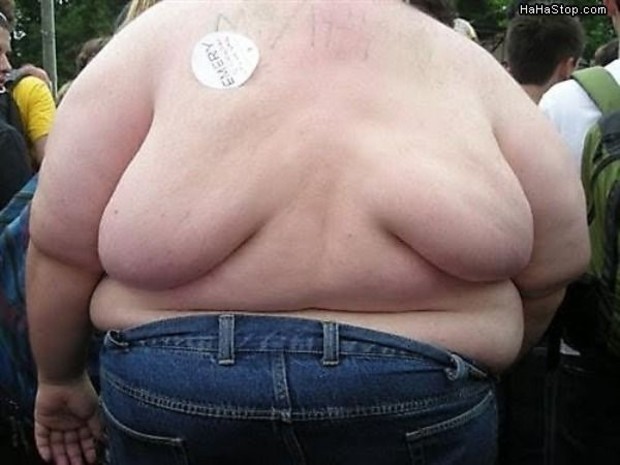 "Hoo boy." He says with a sigh as he lifts the green vial to his mouth. "Hope I get hazard pay for this." He drinks it, calling back to the scene where he drank delicious thirst quenching Mountain Dew (On sale now as a promotional Mountain Dew Green RAGE edition which is the same but with pictures of monsters on it.)

A scene showing George running down the highway flipping cars and the cars explode and there is no music, just lots of bombastic sound effects, and then it erupts as a car hits the camera before instantly cutting to silence.

In the darkness of an unknown room, we here growling like a wolf. We see a vial drop to the ground and shatter. And then out of the darkness comes Ralph, who roars at the screen. 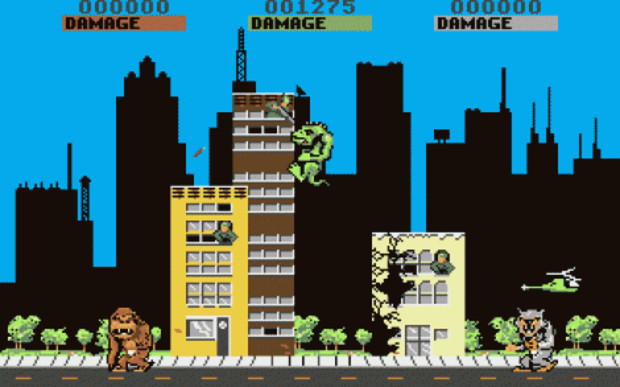 COMING THIS SUMMER. OR MAYBE WINTER. MOVIE SOON. WHATEVER.