I am drooling over Mario Maker. 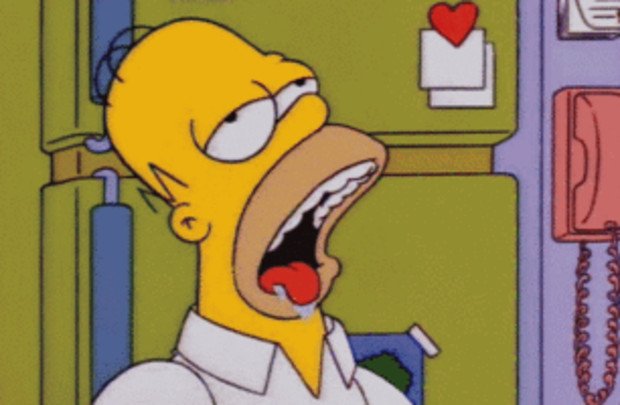 Sometime after the release of the Nintendo 64, images and articles started being released about an art/game creation tool for the infamous 64 DD expansion called Mario Artist. I was stoked. I did what kids do and read the article over dozens of times, trying to squeeze out every ounce of available information. I imagined what the tool would be like, what kind of awesome things I could potentially create. Growing up with games my whole life, it was practically a dream to make them myself. And any tools I could get my hands on which would allow me to get a taste of game design, I devoured. 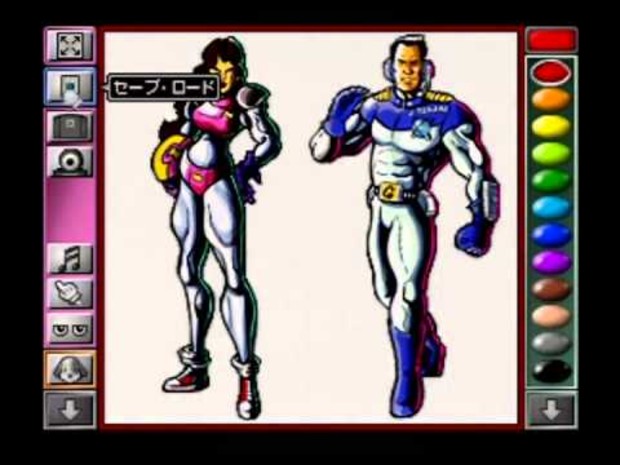 Mario Artist was a suite of several titles used to create graphical assets. Nintendo has had a bit of a scattered history in the development of creative products, the first of course being Mario Paint. But other peripherals such as the Game Boy Camera toyed with bring players into the game, and Mario Artist seemed to be a grand culmination of these. The idea with the game maker portion of Artist, which was never released, was that you could use the Mario Artist polygon maker to make in game characters, and use a camera peripheral for Artist to import your face onto that character, putting yourself in the game. It was ambitious, but was not long supported before Nintendo pulled the plug. The most compelling bits of the software suite, including game maker, were never released, and of course we saw nothing come to North America much to my disappointment. But it sparked my interest in the potential of making games, and got me craving tools that would allow me to do so.

The first big love affair was with a title called Klik 'n Play on PC. I first heard about this little gem when my mom bought a dozen old PC Gamer mags for me at the local computer store. Packed with demos, I spent hours with these things; the games themselves were usually pretty uninteresting. But the MYST-like interaction of one of them, where you got to hang out at a bar with their mascot Coconut Monkey, was my favorite. 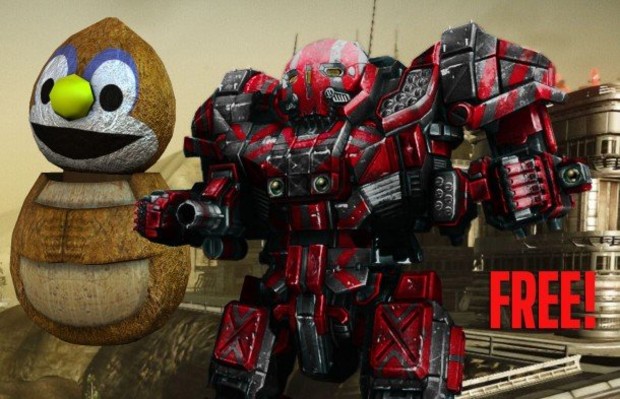 Monkeyroids was a simple little game created by the PC Gamer staff. The narrative behind it was that Coconut Monkey was a budding game designer working on his magnum opus, Gravy Trader. But there were three or four little games you could actually play, fleshing out his quirky imaginary existence, all made with a program called Klik 'N Play. 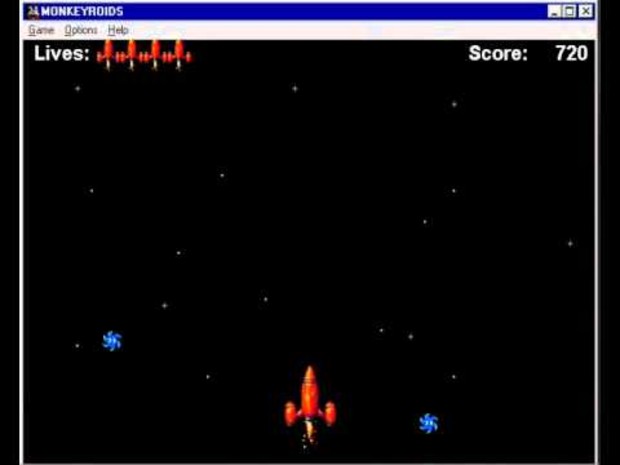 I went through HELL to get these games on my computer.

This was back before I had internet, so I'd have to go to my school, try to get them downloaded one at a time on a floppy disk, and load them back on my computer at home. With unreliable drives, It took three or four attempts to get each one downloaded, and I had to make sure not to get caught since I'd lose my computer privileges if I was caught downloading shit on the school computer. Eventually, I got to try them all, and they were...well, they were cute and fun, for a minute, but not much more. Upon closing each game a little advertisement would pop up for Klik 'N Play, the program responsible for their design. I realized I had to have a copy. 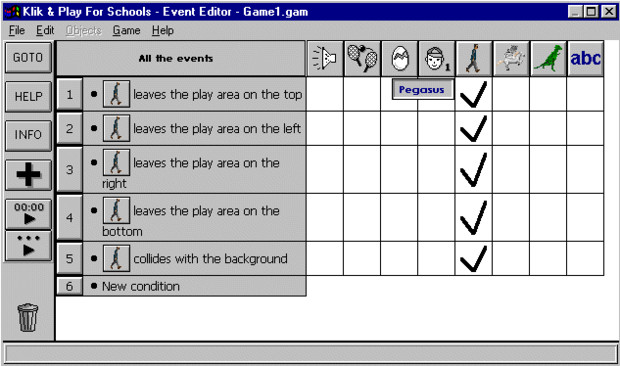 Painstaking, lengthy webcrawls, (On Lycos and Altavista, obviously.) day in and day out trying to find a full copy of the game. Ordering one was impossible; my Dad would not have even known where to begin to get a copy, and neither would I. We would search liquidators and computer shops in and around town. I even dug through a bargain bin at a Chinese restaurant (it was a small town, shops had weird things like that) and of course, came up empty handed. Eventually, with the help of some of the geekier kids in my school, I was able to get a working copy of it.

Man, was it ever awesome. 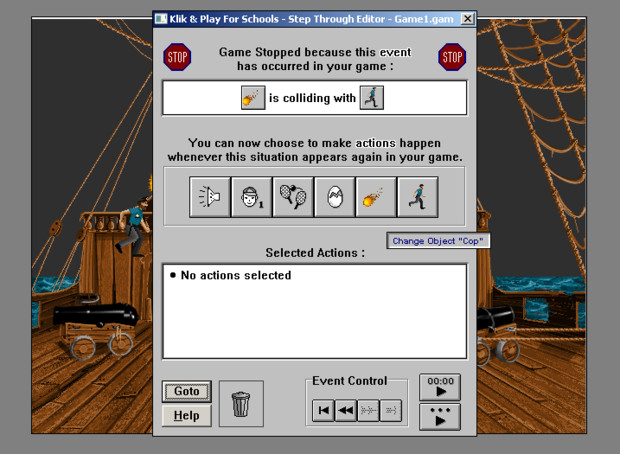 Using drag and drop mechanics you could import assets easily. There was a ton of programmable game logic to work with. Not having access to pre-created images and things, I had to design my own assets, usually stick figures, in MS Paint. It crashed a lot, and I didn't have a lot of help, so I had to learn the workings of the example games present. But it was worth the effort. In a few weeks I was making games. Platformers and the like with dozens of short, one screen levels. When we finally got connected to the net, I found a pretty large community of designers making games. My favorite was Tamagotchi RPG, being a huge Tamagotchi lover. It was clever at least, using Final Fantasy IV assets and music, with Tamagotchi as the main characters. And the "random battle" system was hilarious. If you stood on the world map long enough, a battle would start after a predefined amount of time. Crude, basic. But it taught me the basics of game design. 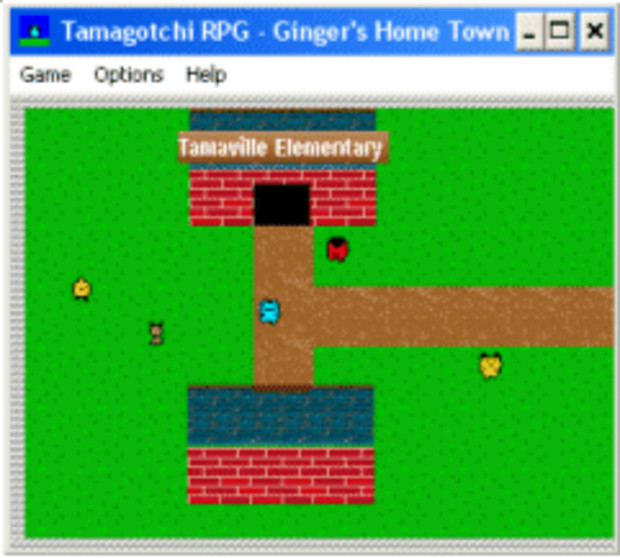 Eventually I wanted to start making more complex games. I looked into a tool called Pie in the Sky Game Creator, a 3D game engine released to the public after being used to make some commercial titles. 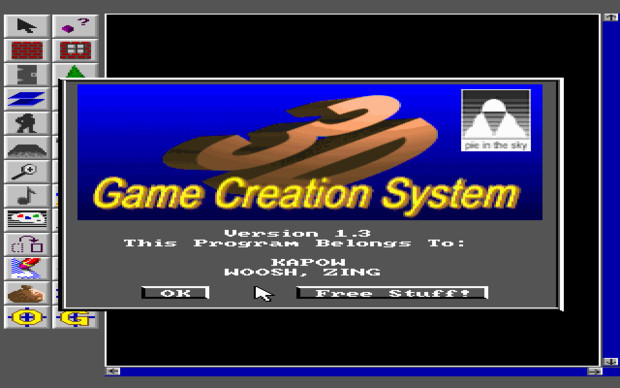 This was my elusive holy grail of game makers. I dug up any information about it I could. In general, it was used by many people to make various homebrew first person shooters. A lot easier than programming, but probably still far too complex for use by a kid like myself at the time, it was obscure and unavailable by most sources. I couldn't find a demo or a pirated version. I searched high and low for months and came up empty handed, so it's one of those tools I don't have the pleasure of being able to say I got to use. 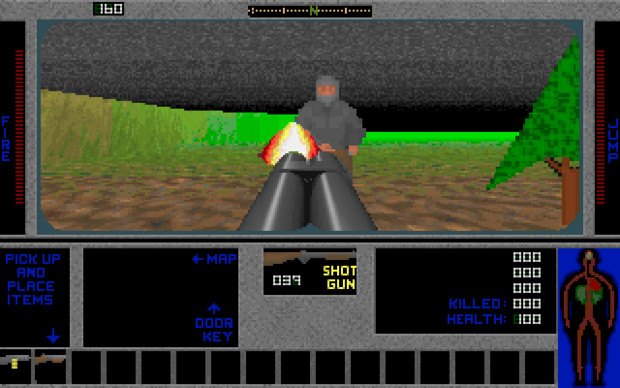 Game Maker was also available (if memory serves, though it may have been something else) but was a little beyond what I was used to with Klik. All of my games I had created had pretty similar game mechanics, generally being platformers. Klik had its limitations, and the creation of scrolling levels, by most accounts, seemed to be impossible. I eventually grew disenchanted by making levels occupying one screen, so decided to look elsewhere.

And then I found out about Super Dante on the Super Nintendo. 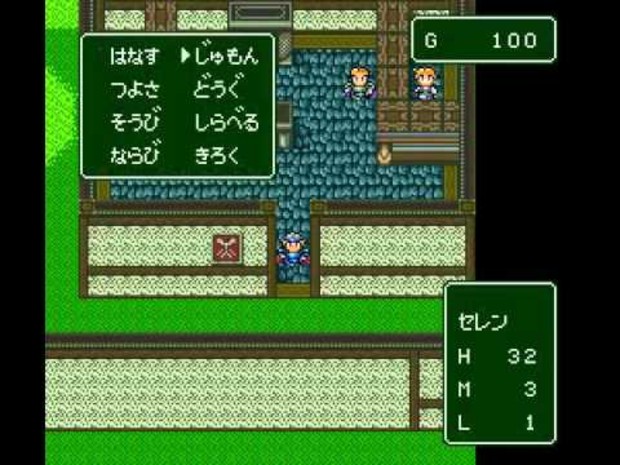 What a dream. RPG's had become my favorite genre after spending time with titles like Earthbound and Chrono Trigger, and the fact that there was a tool which allowed you to create them was just mind boggling. Super Dante was a Super Famicom game someone had dumped and made a pretty rough translation for. I never got very far along with it, but it made me curious if there was any other RPG creation software out there. Eventually, I got my hands on an early version of RPG Maker, and spent countless hours making little games with it. When the Playstation version was eventually released, my best friend and I would swap it back and forth, make games for one another, and force eachother to play through them. Stupidly difficult, idiotic games chock full of our own specific brand of potty mouthed humor. Scripting was difficult and annoying on the Playstation version, and the "Anime Maker" that was packed into it was all but a completely useless tool used to do...something. But it was a ton of fun, and I couldn't begin to count the hours we spent with it. 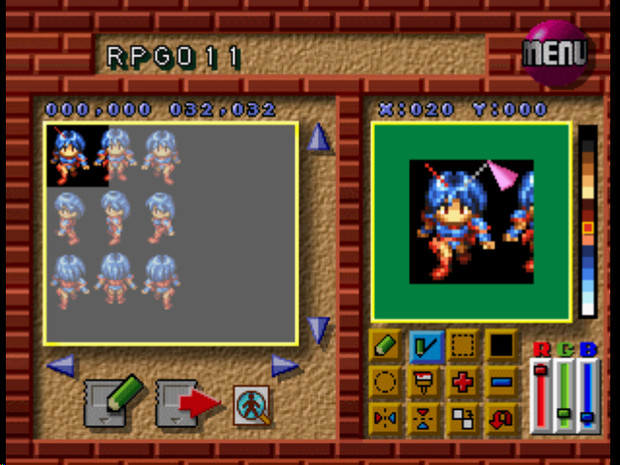 Eventually I'd get RPG Maker 2 on PS2, but it was unwieldy and oblique, not to mention incredibly ugly to look at. Over the years I have played around with various releases of RPG Maker as they have come and gone, and am happy to see RPG Maker VX available on Steam these days. I've never quite gotten into game design, and didn't continue to toy around with it seriously after Klik. Kodu was a fun little tool I played with for a bit on the 360, and various level editors and things packed into games are a fun distraction. Shadowrun Returns releasing with dev tools was exciting before I became instantly disenchanted with just how long it was going to take to create anything. 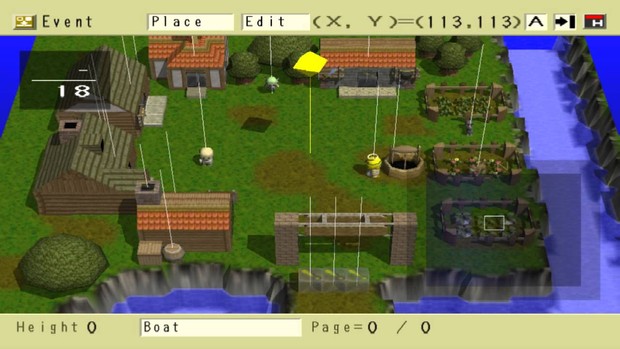 But with Mario Maker, it's like being given a chance to do what I really wanted to do in the first place; make a platformer. It's a Mario platformer with Mario assets. But arguably, isn't that the best one anyways? The vaporware of the 64DD I never got to experience is returning in a new form. I love the idea of making challenging levels to share with my friends, and having them do the same with me. One day, maybe, just maybe, I'll finally sit down and really start to hammer into programming and design. But I don't have a lot of time right now, so being able to put together a Mario level in a few hours is a really exciting concept. 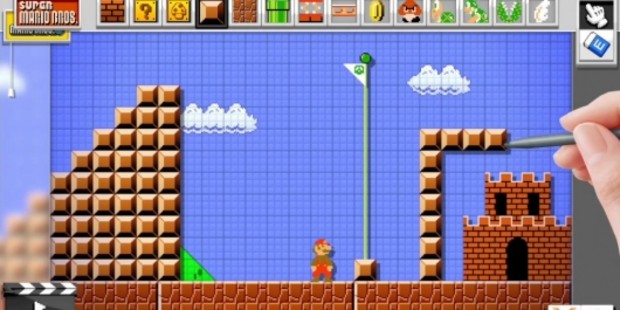 I love software and games that allow the player to have some creative agency without needing a background in computer programming. What sorts of editors are your favorites? Does Scratch alleviate your designer itch? Or do you dig something more complex like Game Maker studio, or just enjoy cutting your teeth on more basic in game editors like Forge?