When The Beginning is the End

Just shy of forty hours with a bunch of time spent in PvP, I completed Bloodborne the other night. Typically I don't dive into guides and FAQ's but the Lovecraftian world of the game really dragged me in and I was trying to suck every ounce of lore out of the game along the way. It was therefore a spoiler heavy playthrough, one where I got the "proper" ending when it was over. And it was enough to make me get Dark Souls 2 on PS4.

Like the original Dark Souls, the design of Bloodborne is sort of brilliant. The way the entire map intertwines and falls back in on itself is reminiscent of games like Castlevania and Metroid while having its own unique style. But what I enjoyed most about it was the way the climax took place at the beginning. I won't explain how in regards to those who might be avoiding spoilers. But this little used device is one of those familiar elements I have really come to appreciate over the years; it gives the game a sort of closure, and when I was younger, instilled me with a sense of awe and curiosity of what was actually possible in a video game being so used to the linear structure of arcade style titles only to be wowed at the possibilities as time went on. 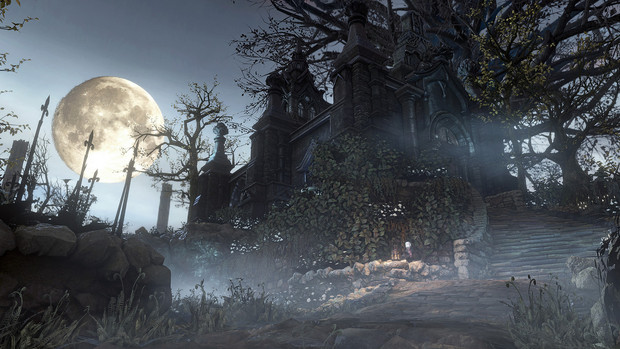 The first time I encountered something like this in a game was with Super Metroid. Right from the start it is established you are visiting familiar territory. The simple fact that one of the first areas of the game you traverse is actually the boss room of the original game was cool enough. I remember spending a long time just exploring the first few rooms of Zebes, trying to see if I could access the rest of the original Metroid map. It was one of those times early on where a game felt like more than a game, where it seemed like there was more just beyond the reach of the player hidden behind a giant wall, waiting to be explored. A real world outside of the confines of a digital space. And it didn't stop at the beginning.

One of the earliest, most ominous rooms of the game portrays all of the games bosses in statue form. At first it isn't clear what you are looking at, but if you stumble back there as the game progresses the room changes to indicate you have defeated a boss and it because abundantly obvious; if I track down all of these aliens and kill them, something will happen here. Beneath the statues is the difficult final stretch with the end boss. And throughout your entire play through, you have been struggling to gain ground, open new parts of the map, only to have to return back to the beginning to finish it all off. 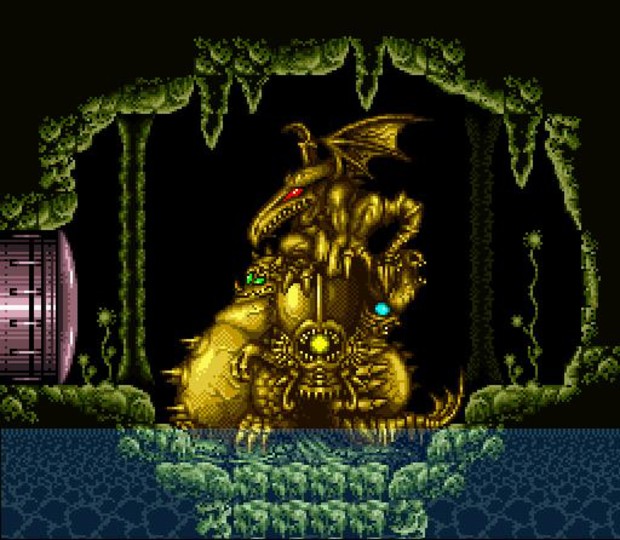 A game I whine about a lot, simply because I wish it were more fun to play, is Chakan: The Forever Man. Chakan was developed in part by the creator of Ecco the Dolphin who used to take great pride apparently in toying with us mere mortals. As the dual sword wielding undead Chakan, it is your job and curse to rid the universe of evil so you may finally find peace. With the game taking place in a central hub, it is somewhat open ended. You can choose to visit areas in the order you wish and upon defeating them, proceed forward in whatever way you see fit. When you defeat the end boss, there is one more challenge awaiting you back at the hub world; a supremely difficult boss who, if he kills you, ends your game entirely in a game over. You get ONE CHANCE to see the real ending of the game. And when you do, it's maybe one of the most horrifically unrewarding of all in history; a simple hourglass that ticks away for eternity, and never stops. Because, as said in the scene just before the credits, Chakan's curse cannot be broken until he can extinguish all evil in existence. His wait becomes your wait. Still, a great way to end a game; right back at the start. 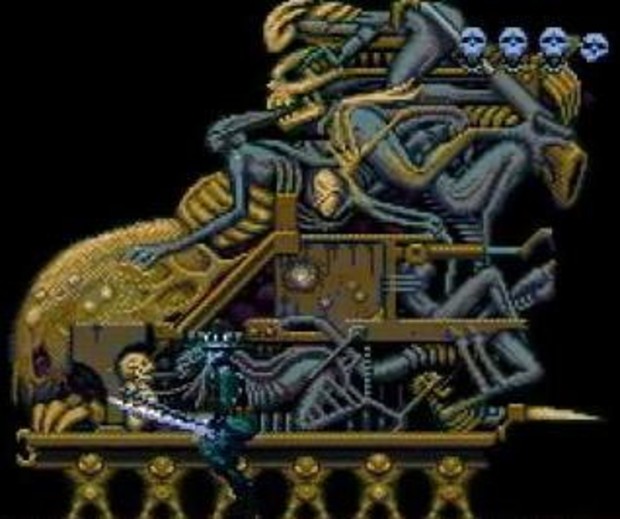 The first time I entered the Dark World in Link to the Past was intimidating as all hell. The triumphant horns of the overworld were replaced with a haunting howl of wind and a thumping war march that heralded hordes of dead flora and enemies. A game which had already taken me hours being as young and ill equipped as I was promised me nothing but more difficult trials ahead, revealing the true nature of the massive beast. After a difficult trek up Death Mountain, I thought Ganon awaited me. When realizing that wasn't true, and I had to infiltrate Hyrule Castle to fight Egg And Ham (I've always thought of him that way, like, come on.) but then realizing THAT was also a twist and I had like, three quarters of a game left to go? It was shocking.

The moment where it dawns on you that Ganon's chamber, all along, at the hidden within the very pyramid you first spawned at upon entering the Dark World? 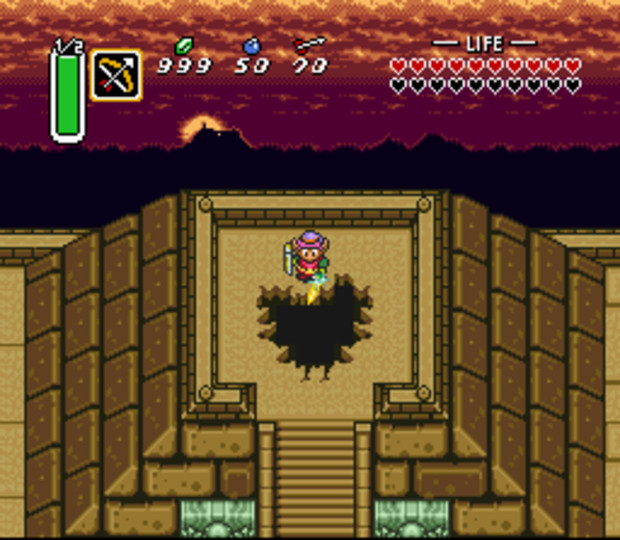 MYST has taken a real bad rap over the years. People call it a "slideshow", say that it's dull and frustrating. And none of them are wrong, per se. But when I was growing up MYST was an experience, one I had never had up to that point. I rented it on 3D0 originally along with the system itself and a slew of other games, and it had me enamored. Like, obsessive. I never had an opportunity to own it until many years later but whenever I had a chance I'd play it. I even bought the novelization to this day, which I personally think stands as one of the best video game related books of all time; the jokers bashing a potential MYST TV show are ignorant to the incredibly rich lore and interesting world the game presents, and anyone playing the game who ignores this is also doing themselves a huge disservice. To properly beat the game, you NEED to pay attention to the story and characters or you will never unravel the necessary clues.

My Wife and I sat down together last year and over the course of a week, played through the Playstation iteration of the game. Quite possibly one of the worst and most annoying ports over, we soldiered through and managed to complete it. I still have a notebook full of drawings and notes my Wife took as we moved forward through each of the games worlds, solving it bit by bit until making the crucial decision that would ensure us the good ending; one that culminated right back at the start.

MYST Island is a hub world essentially where one can access several of the games Ages, worlds written into creation in Linking Books where the player must seek out pages used to fill one of two books in the central library back on MYST. Two brothers, Sirrus and Achenar are trapped within these books, and by paying attention to clues scattered throughout the world and hidden within the games vague and scattered narrative, you have to determine who to save. 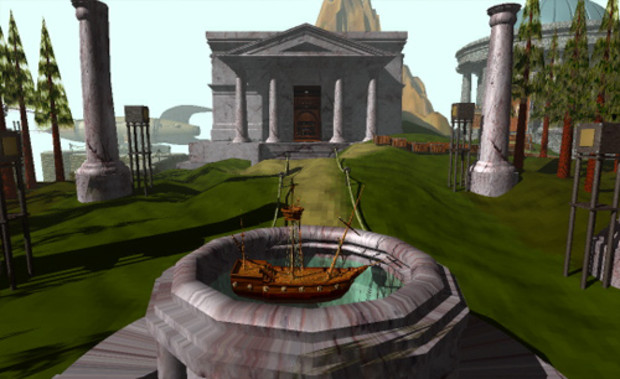 Of course, nothing is that simple. And no matter who you choose, you end up back at the start, the familiar place of general safety where your journey began. There is a sense of completion, a sense of coming full circle, and I have always found this clever and appealing. It makes the world feel more alive.

There are probably a lot more games, with some notable mentions that are vaguely related.

In Chrono Trigger, if you pay attention to the games dialogue before heading to Death Mountain to bring Chrono back, it becomes pretty clear just what the mountain is; the shell of the Lavos itself, hidden beneath years overgrowth, crusted over by the violent eruption of molten rock caused by him ascending to the surface. Kind of creepy. 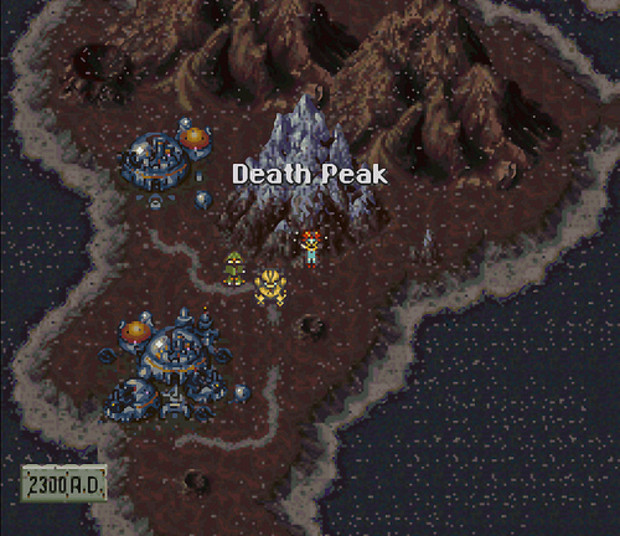 In Earthbound, you get to the area supposedly home to the end boss only to find nothing. In a cool twist you find out he IS there; he just isn't in the same time period as you are. His influence stretches across time and space. Always found that neat.

The beginning cutscene tempest of Ecco the Dolphin triggered by leaping into the sky that sucks your family into space? Near the end you will eventually return to the time before the storm, and have to trigger it again; joining them yourself as they are taken away by a yet unseen foe.

Let me know in the comments any others you can think of...because I want to play them!