"Yes, I am a racist sexist cisgendered homophobe, thank you very much."

The worst thing most of us can imagine is being categorized as something we feel we aren't. It's a threat to the ego; a misappropriation. And when your only defense is denial, which is usually dismissed with a smile and a shrug, it can be downright maddening.

Currently, the social mood still stands; we are in a difficult transition period. A time when our general values are being questioned. When the idea of gender identity is a gelatin unable to be stapled to a wall. It's an age of open mindedness heralded in by a different generation. And it has its growing pains. And there are soldiers on both sides of this invisible war shooting phantom bullets at one another. The instrument of their combat, the internet.

This cultural schism has penetrated everything, from politics to entertainment, and video games are an unwitting battlefield. Anita Sarkeesian, outlets such as Polygon, and many outspoken editors and writers of varying types are on the typical forefront of the argument, capturing attention both positive and negative and using both to fuel the fire of their arguments. On the other side (or sides) an equal amount of steadfast righteousness and vitriol. It can be really easy to get caught up in it. And when big events like E3 hit, easy fodder for both of these types (and hell, even Dtoid bloggers looking for a topic of the day) the fires are stoked and really get burning. And here, there, and everywhere, debating and shit-slinging abound. 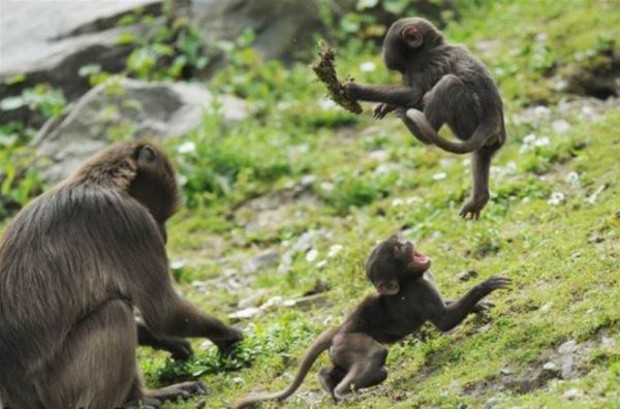 For the past few years I have pivoted on both sides of the spectrum. Mainly out of curiosity. It's really difficult to take anything at face value especially when you have a distrustful nature of everything around you. It's hard to go five minutes on Facebook or Twitter without seeing gross misinformation being spread as gospel. It's a sea of lies, and it's difficult to sift out right from refuse sometimes. Where I stand now is very simple. There are certain people in my life I'm fond of. Some are women, some are men. Some are homosexual. Some are even transgender. And it makes me very angry to see any one of them being mistreated or unhappy. You can't "save" everyone all the time. And I don't have any time in my life for activism of one flavor or another. So I remain neutral, and pick my battles, usually saving them for when they are affecting someone I love.

People just want to be happy. That's the bottom line. The extent of that happiness, the requirement to please some over others is largely variable. But I find it difficult to believe that people are rotten at the core. Pessimism tells me this is true; but if I have any hopefulness at all it's that most people have decent intentions.

Feminists say they want females to be treated as equals. Men's rights activists, or those on the other side, say that men are being treated unfairly. LGBT's want to be treated equally. And the folks against those who identify as LGBT say that the lifestyle perpetuated by the gay community, etc, is undermining their culture.

What it all boils down to ultimately, no matter which side you choose, is someone feels threatened. They feel threatened, and in danger, and feel the need to respond and fight back.

As for E3, since I want to keep this relevant to gaming, some hypocritical things were said. A pretty typical norm no matter who is doing the talking, but in this case, a couple of Feminist Frequency "rockstars" were responsible. Anita Sarkeesian suggesting that having an exclusive female lead in a game was preferable to including a male option, and being pointed out as a hypocrite since Feminism, by popular definition, is one where women are on equal grounds as men. The complaints of violence in games, of racial misrepresentation, and a whole slew of other topics. Topics some in these very blogs are a little edgy about. When called out, or when put on the spot, the people saying these things are quick to an ad-hominem approach; a reactionary, manipulative technique where in the suggestion that if you don't agree with their views, you too are misguided and possibly even racist/misogynist. Conversely, if you seem to be sympathetic with a distinctly "beta male" opinion on the other side, you are a pussy or a "fag", an SJW (Sensitive Joss Whedon), a White Knight, or what have you. 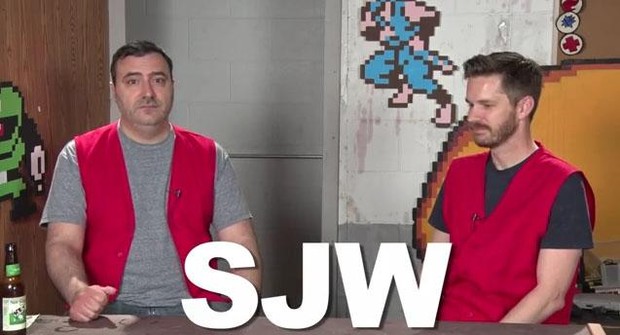 See, the problem with all of these opinions and the people that hold them is that they aren't looking for a conversation. They are seeking a soap box for their opinions. Opinions which are constructed not for debate or to convince others about the validity of their argument, but simply to create propaganda and to support a very specific narrow stroke viewpoint that they are holding steadfast to. When you try to go against this, they may offer a snarky reply or reiterate their viewpoint to appear confident in their held beliefs. But the conversation will be cut at the knees, comments on videos shut down, because there IS no debate going on. They are generating controversy as a way to feed the flames. And the more prominent ones are getting paid to do exactly that; not to engage others, but simply to speak, and be heard.

This is the basis for my own opinion; that there is absolutely no point in engaging with them, or in the conversation. I have seen others and have myself had actual two sided debates or heated arguments. But their were concessions on both ends. I have a friend who I almost habitually tackle these subjects with. He is very Liberal minded, and my more realist cynical view counter-balances many of his views. Sometimes he holds to what he believes, other times he admits he never thought of it from that angle, and considers my words. That is a true conversation; a Platonic dialogue of pushing and pulling where a general conclusion is reached that satisfies everyone on some level. No one has to be fully right or completely wrong; it's an exchanging of ideas and viewpoints, and seldom should it degrade to ad hominem attacks or forced silence.

This is why I find it hard to be engaged or enraged. Because these people will post an opinion one second and allow a five hundred post response without ever getting involved themselves. They will use the attention to then plug one of their projects in the midst. It's great marketing, and it works amazingly well. It works because their words, paltry as they are, can create a lot of emotion. And the guilt trip tactics they use to do so are exactly what makes their words so effective.

It's one thing to be told "racism is bad." It's another to be told "you are racist if you think X, enjoy X." It's accusatory and defamatory.

If someone accuses you of being something you aren't, own it. They are playing off on of our biggest fears; to be perceived as a liar. In this situation, the worst you can do is to defend what you are. It's a losing battle every single time. What you CAN do is silence them dead in their tracks. Because all of their attacks are incumbent on feelings, on intention, they lose a lot of their momentum when you simply embrace what it is they perceive to be so practically evil. 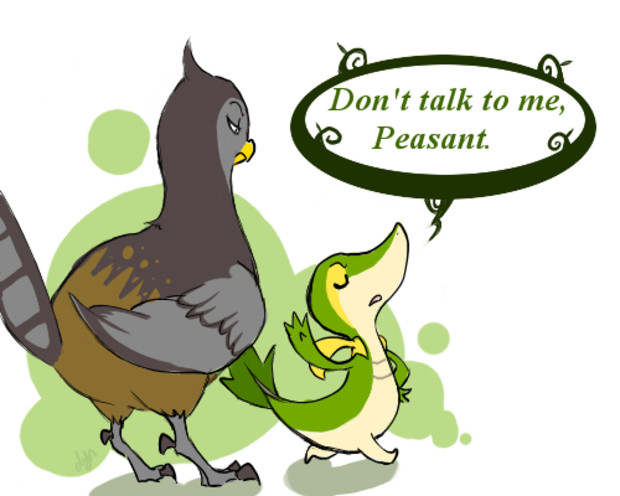 "If you think that not having a female lead in a game is okay, you are sexist."

"You're right then. By that definition, I am absolutely sexist. And that's okay."

The most they can do is continue to reiterate that accusation. You have cut them off, ended the conversation. No long, reactionary blogs needed. No long winded, one sided Twitter conversations. No heated, explosive flame wars. These are actions that go no where; a spiral out down a cackling drain. A hissy fit that does little more than to harm your own reputation. You can't engage in and win a battle simply by illuminating the holes in an a strawman argument. The people who have bought in for the most part are there to stay. You are then either talking to yourself, or to people who ALREADY share the same views as you do.

You are doing exactly as they are, and it's getting you nowhere.

Give them what they don't expect instead. Tell them that you are what they assume you to be. It will render them powerless.

As for the "great debate", at this point, it's just become tiresome on both ends. It's ultimately fairly irrelevant. I find it hard to sympathize or relate to the evangelistic. Sometimes I get fired up, or feel personally attacked. When Mad Max came out and there was a controversy of how it pushed a "feminist agenda", I was legitimately angry. I was angry not that it was a completely untrue accusation. Mad Max clearly had feminist undertones. I was just angry at the laziness of the argument, how it had come from someone who had clearly NEVER EVEN SEEN THE FILM. This is also why so many people are upset with Anita Sarkeesian. Her criticisms seem off the mark much of the time because she doesn't have a strong understanding of the material she is criticizing.

But it doesn't matter. 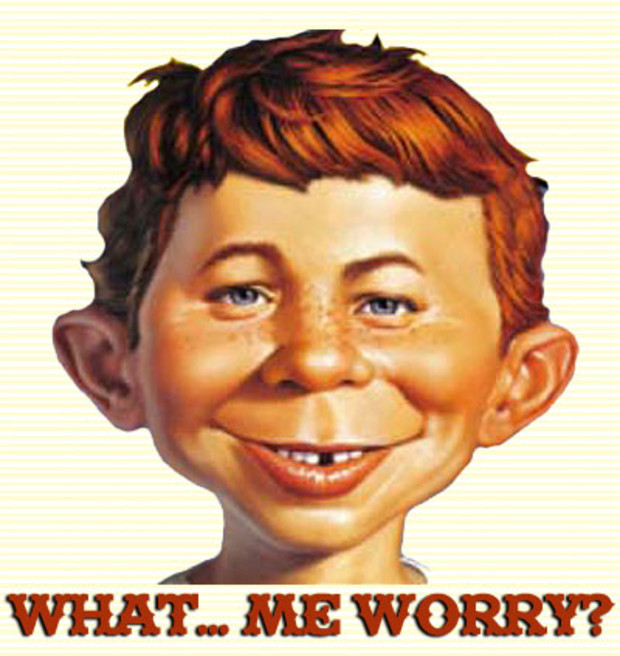 What matters is what YOU like. What YOU think.

You don't need to validate yourself to a phantom who isn't listening. You know what you are and what you stand for. So have the confidence in your character to say "Yes, I am a racist, sexist, homosexual homophobic transphobic race sensitive cisgendered bisexual. And what of it?"

Have the strength to just not give a shit. Anger and venom spitting is just a waste of time. It makes you look bad, and doesn't solve the problem. I don't want to undermine the conversation. I am not trying to say that we shouldn't talk about these issues. But there is a time a place, and a proper way to do so. And endless noise pollution isn't getting us anywhere. When is the time? When both parties are having a chance to present their points on equal grounds. When both sides are willing to actually have a discussion. When they aren't just speaking at a conference to people who already agree with them, when they aren't pointing at the other side and saying "See? See how shitty they are?" Those types don't deserve to be entertained. They don't deserve to be engaged or encouraged. And negative action encourages them.

Go do something better. Like play video games. With me. All night. Take it from a guy who did waste his time, and alienated a lot of people in the process.