Video Games Didn't Save My Life

I remember the first time playing Depression Quest. I sat down, got a coffee, and took my medication. I had been off it for two days and was starting to feel the brain shocks attack me.

I played for a few minutes, carefully read the dialogue, tried to let it engross me as much as a text based game was able to.

I turned it off.

"What a load of bollocks."

I have anxiety and was diagnosed with severe depression. This all took place a couple of years ago. I remember Christmas Eve day, sitting down across from my wife at a booth. We had just finished breakfast and she was sipping her coffee. I'll never forget the look on her face, a look of total concern which I had never seen before, when I told her I wanted to kill myself. 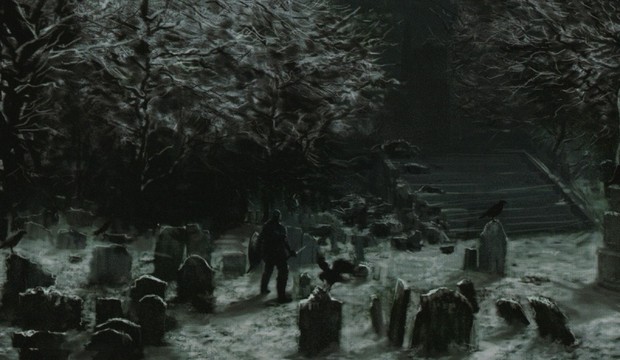 It wasn't the usual every day "I want to kill myself." I joke about that sort of thing, to this day, on an almost constant basis. It's my adopted form of self-loathing that is part of my sense of humor. It sort of keeps me humble and in check. But when I said it to her then, she knew it meant something because I hadn't joked about such for weeks. And I meant it. The very next day, I went to a doctor.

A month after going on medication, things became really difficult. There was the optimism of doing something about my situation; an action I should have taken months earlier before things got really bad. But there was a confusion, and a real deep seated shame and guilt. I didn't know who I was anymore. I wondered if I ever did.

It was around then I started to isolate myself from everything. I quit my customer service job and started working night shifts at a warehouse. In the months I was there, I didn't say a word to anyone. The shift made me crazier in a way because I had to go home every morning and take care of my kids all day. So I was only getting a few hours of sleep every day. At the time, I was TheManchild on Destructoid. I was a C-blog recapper and a frequent contributer. I had dozens of blogs under my belt, a couple of promoted ones, and was even on the community podcast once or twice! I had friends. People who I considered my friends even though we never met in real life.

And systematically, I did everything in my power to completely demolish that situation.

I requested Andy Dixon delete my account. All of my writing was lost. I had sold the majority of my games a few weeks earlier because all I wanted to do was read. I was convinced there was something wrong with the world as much as there was something wrong with me, so I adopted a very hateful outlook on everything. I alienated everyone I could. I shit on the floor and threw myself out the window. 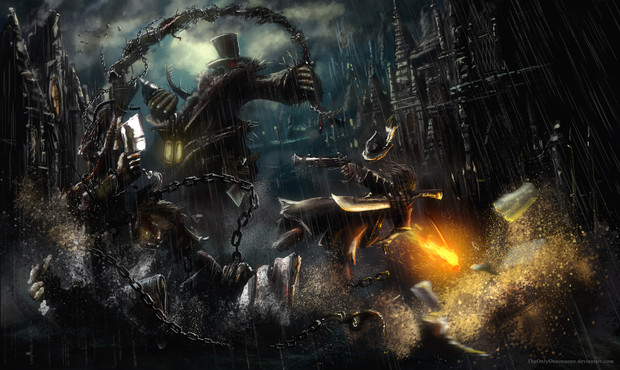 Video games. I didn't play them at all. I stopped completely. They were a distraction, an immature escapism. I didn't need them; I was going to be strong, better, superior. Because I couldn't relate to other people and became neurotic and distrustful of everyone. So I had to seperate myself from them altogether.

As the months went on, the pills started working on me. And in the midst of medication, my mother almost died. My good friend and father-in-law did. But we got through it all somehow. We fell into financial disarray. Right now, it's still a struggle just to eat every month. But four months ago, I dropped my meds. It was the worst transition period of my life, and my boss fired me for taking the time off. For eight months I tried to become a tradesman but it didn't go well; I sucked at it. Now, I am a stay at home Dad again and work part time. It's partially for my mental health, but also because my wife is just really good at working and providing. I do work part time, but work is scarce right now.

Despite the dire situation though, despite being off of my pills for four months, I have not had a single hint of depression. About a month ago, something wonderful happened.

For the first time, really, in a couple of years, I sat down and started playing video games again. Anyone who doesn't embrace that as a part of their lifestyle can't understand what a huge step that was for me. During my entire depression I denied myself one of the things I have always loved most. I denied it because I was ridden with guilt over the way I had acted. I told myself I didn't deserve to enjoy myself and have fun. It was the same self-denial I had thrown myself into when trying to lose weight; you can't eat that, you are too fat, you don't deserve it. With my depression it spiraled out of control and leaked into every aspect of my life. And video games, my collaboration with the community here, were all an unfortunate casualty of that.

Depression Quest got something very wrong in my mind. It gave the player arbitrary choices they were forced to make on account of their depression. It locked them into options to make a point about depression; that you are not in control of your actions. And I think it made a very poignant point about depression for people who don't understand it, but while I was living it, I couldn't identify. It treated depression like a black shroud constantly hanging over someone and influencing everything they did. It may be true for some. But I look at it a different way.

My depression was the sum result of all the failures in my life; of all the times I never gave myself a break, beat up on myself, took the blame when it wasn't necessary. I think people should be responsible for their actions. But there is a point where you have to shrug and move on. I am in constant self-doubt. It's my modus operandi in a way to be in a perpetual state of self-judgement. And eventually it became too much and I lost a sense of who I was. I effectively made myself worthless. There was no invisible force preventing me from living my life. I was enacting a trial upon myself, a trial in perpetuity, in the hopes that a total debasement of my character would somehow build me back up like a cruel drill Sargent. It just left me with broken legs and a shattered ego. It wasn't so much "I don't deserve this." It was phrased more like "I'll be better if I refrain from this." And it was total, utter bullshit.

I have read a few articles with the headline "Video Games Saved My Life." And they are always inspiring. Video games didn't save my life, though. A series of incalculable untraceable decisions and events and choices and random chance brought me back from the abyss. I already made my sob post months ago, but wasn't quite ready to come back to the community full bore. So I won't rehash all of that now. But I am very happy to be here, among friends; friends who I hurt maybe or confused, or what not, but people who I still value and care about nonetheless.

Video games didn't save my life. But the moment I allowed myself to start enjoying them again, letting them scare me, make me laugh, entertain me, and help me to interact with the outside world in a meaningful way is the moment I knew I had my life back.

And now I just need to work to keep it that way. 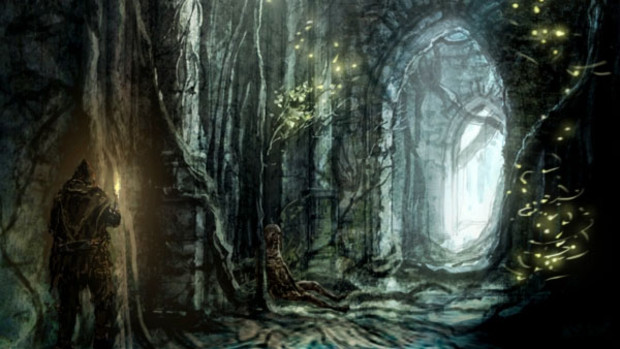