Nintendo announced the thing everyone in the world wanted; more Amiibos you won't be able to buy! The selection is great, and no one ever will own a single one of them. Just a handful of people, cackling to themselves, rubbing the Amiibos sensually on their flesh and creating slick labels to place on the Amiibos with a long of string if numbers representing "fair resale value." They also announced something no one cared about at all ever which was Mother 1 being released on the virtual console, a game no one knows anything about, has something to do with moms. I guess it's a yelling/pap test simulator. You tried this shit with Nintendogs Miyamoto, and I don't even remember being able to let the dog die. What kind of a video game has stuff that doesn't die? How stupid.

Apart from all that nonsense, Nintendo CAME OUT OF LEFT FIELD with a different KIND OF BALL. One they will HOPEFULLY HIT A HOME RUN WITH and that CAME OUT OF LEFT FIELD (ha ha) It's called Game Ball Game or something. It's a competitive sports game in the future you can play from the comfort of your own couch. So I guess its like...an allegory for the future? I dunno. Forced sarcasm aside, it is by Nintendo. And if Splatoon has taught us anything, it's that games featuring squids and kids are great. So it better have squids in it. Or it's going to suck.

Speaking of things that suck, have you ever heard of these several unrelated video games with "ball" somewhere in the title? Because I have. 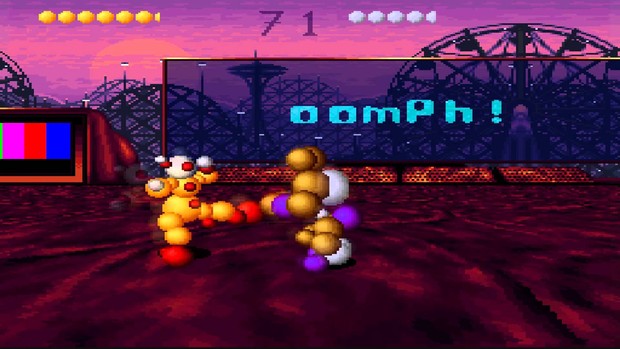 Ballz was a fighting game for Sega Genesis and maybe Super Nintendo. The point of the game was for your mom to rent it on Friday night so it would ruin your weekend. It was a fighting game where characters made up of little balls stood around on screen. And sometimes they would punch maybe. It was a successful title, or it wasn't. And not a single person anywhere has played it since it was released back in 1987. A magazine editor once called it "The best video game since the last one I played which wasn't very good." And one time a kid saved up his allowance for like a month just to buy it, and had a really bad day. Because he found out he had cancer. Also wasting his money on Ballz was just sort of the icing on that cake.

But don't worry, he's fine now. He grew out of it. 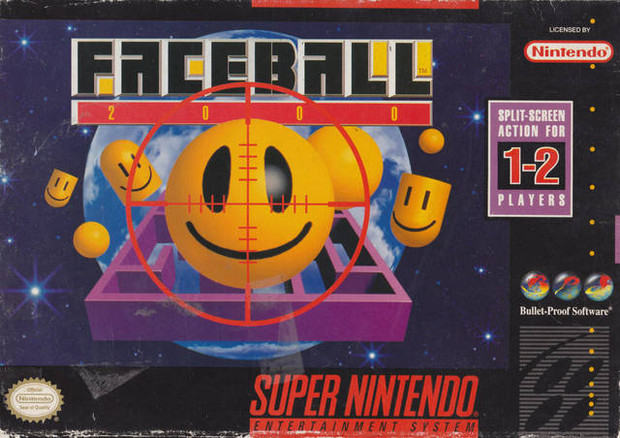 One time I went to a video store in Abbotsford when we were visiting my nanny one year. The video store had two games I had never seen; a Ranma 1/2 fighting game, and Faceball 2000. For whatever reason, my dumb kid ass was obsessed with smiley faces during that time. Joe Boxer came out around then and I replaced all of my stained tight white underwear for boxer shorts. That was before I discovered fat guy leg rash, where your thighs rub up against your big fat ass when you walk and you get horrible uncomfortable sweat chafing. So despite loving Ranma, which I had only seen a couple of episodes of, I was very nearly convinced to rent Faceball.

I had a pretty cool mom though, so she allowed me to rent both. But when we brought them to the counter and the rental guy asked "what is your account number?" my nanny suddenly "remembered" she didn't have an account AFTER WE HAD BEEN IN THERE AN HOUR. Even though I know she was just a spiteful hag who was playing with my emotions and probably did have an account, he told us I couldn't rent any of them. 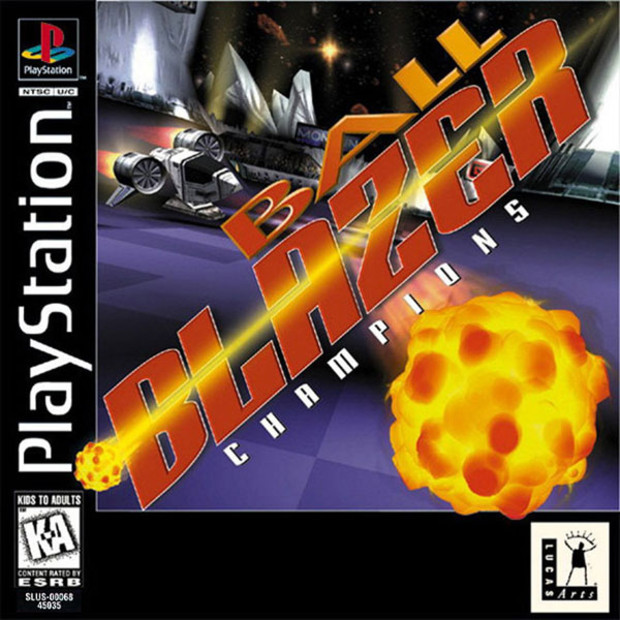 I remember this game because it had a hilariously enthusiastic introduction my cousins and I used to make fun of. It was a guy yelling "BALLLL BLLLLLAZER CHAMPIONS!" We laughed and then played the game and cried. Because it was so fucking awful.

When my dad and I went to return it to the store, there was a guy outside and some police and an ambulance. He had a big gash in his head from falling down and there was blood all over the place. He didn't want help. He must have been in his sixties and I remember being a bit traumatized; it was the first time I'd witnessed a real injury. We stuck around to ask the cops what happened after they finally took him away. He was high on something or other. We lived in a small town where drugs were the only real escape from reality. An isolated dump in the mountains. My entire life was basically hell there. By the end of it, I didn't have a single friend and was made fun of every day for being a nerd and being fat. It was awful. A decade or so after leaving that shit hole I saw on the news that a young drunken man tried to pick a fight with a police officer there and was shot in the face at point blank range. I thought of the injured man outside of the video store, thought of the time I had there. It was truly a disturbing period of my life, and was really the beginning of a lifelong struggle with depression.

But at the end of the day, when I have thoughts about that place, and about the hell I went through there, I think to myself: "At least I don't have to play Ballblazer Champions ever again." 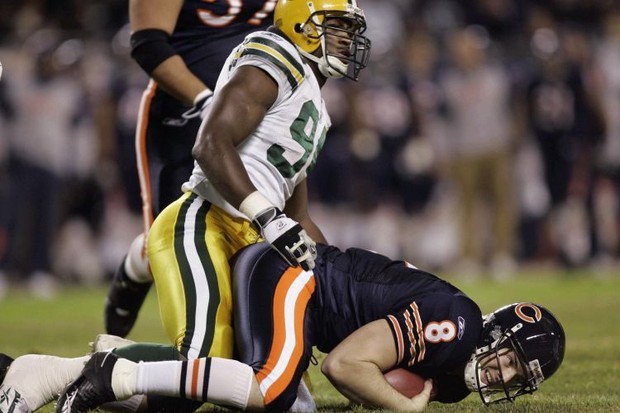 Football is a game where sweaty men who like to fondle one another's smooth supple asses huddle together and breath heavily. You can feel the moisture of their breath emanating from between their pink, stubble framed lips. It's a hot day, and man it must be really sweaty in those Football Suits or whatever they call them. There is a slight scent of vinegar. It's musty but not entirely unpleasant, almost primal. It's the smell of balls, and sweaty mans sweaty-ass feet and buttholes. That is where they got the name "football" which they stole from another sport about guys who get injured easily and cry all the time. Some people say "gridiron" but that makes it sounds like a robot sport from the future which is actually misleading and disappointing.

There are actually countless video games about this sport, the best of them being Mutant League Football.

That's all I really have to say about Mutant League Football

available today on Playstation 4 and Xbox One