So pretty soon there is going to be a new DOOM. Bethesda released a generous one second trailer that showed a Revenant or whatever kind of making a skeleton screamy sound. Of course, it is now time for hype, because a few months before, we got a Cyberdemon and the signature door sound DOOM is known and remembered for. Based on this, I can say with one hundred percent certainty that this will be the best DOOM game yet. It will even be better than Sonic Colors, which was in my opinion, the worst DOOM game of them all. It didn't even have the double shotgun in it.

But what I want to talk about here is Hell. DOOM was the first video game I played to portray hell. And being a kid who grew up in an atheist household full of godless, damned heathens, I have always looked forward to finding out just what, exactly, my cosmically determined predestination to a place of pain and misery and brimstone will be? I know a few things about hell; my friends will be there. If DOOM was right, it will probably have cyborg skeletons. But not believing in a sky God who hates everyone but says he loves them because he's sort of a jerk that way, I have a lot of doubts about the typical depictions of hell. And just for once, I'd like to see a video game depict the kind of hell I envision; a personal hell. The sort of place I imagine I'll go when I die because to me, it would be the worst thing ever. And if you don't tell a giant space man you love him, you deserve to have all of the worst stuff ever happen to you all of the time, and that basically sums up all of my childhood birthday parties. 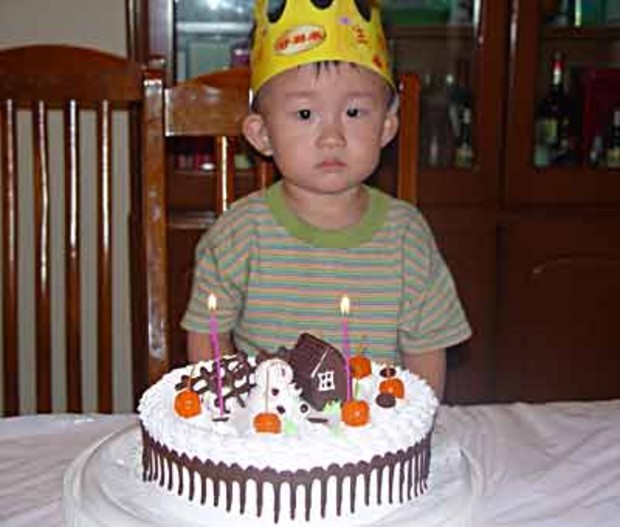 Birthday parties were times of fun and relaxing and enjoyment. Growing up, they were times of video games and cake and the lame kids always doing a pin the tail on the donkey. But they were miserable and wretched. I never went to a single one that didn't turn out horrible and I always ended up having a bad time and crying, for various reasons. Childhood birthday parties, or some existential, eternal, unending childhood party, is my idea of a living hell.

So in the context of video games, here's what I'd like ID or Bethesda or whatever the fuck they are calling themselves implement into the new DOOM.

The New Hadron Collider stops spinning. You are standing atop the corpses of two Face Rippers; demons that are new to the franchise that rip your arms off. And then your face. And they have skeleton faces and shoot lasers from their skeleton eyes. And a rocket. The portal to hell is now open.

You step in, armed to the teeth to find yourself at a picnic table with a plastic floral pattern tablecloth. There are big bowls, and you have shrunk to the size of a five year old. Your ammo is all taken away, and your health is low; you need to recharge. You need food.

You climb up on the bench and look into the bowls. They are filled with snacks, but it's those weird yellow puff things with salt on them. As the player pounds on the X button, Doomguy begins to eat the snacks and they squeak between in his teeth in an unpleasant way. A dehydration meter appears on the screen. After eating just one, it fills up instantly because goddamn are they ever salty. And all there is to drink is flat Schwepps Dark Ginger Ale and no name Cola which tastes like no name cat pee. This is truly a damnation without relief. 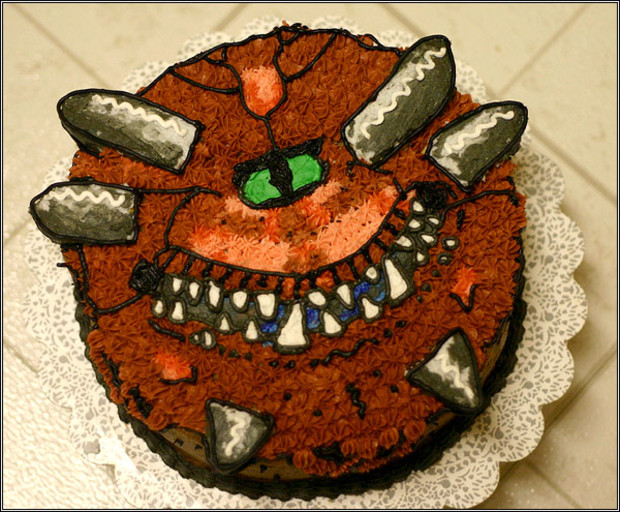 Hell, Level 2. It's water gun time. The sun is out. And your inventory is completely emptied. All the other kids (who have skeleton faces and hooves) are given super soakers. The green one with the huge barrel and another little barrel and a barrel you can put ice into that is square so that the water gets cold. All you get is that shitty little pink gun with the red plastic cap that won't stay on. And water keeps getting all over Doomguy's hand. Mom (who has hooves and a bull head and a demons face for a butt) puts the sprinkler out. It's way too cold and because it's Hell, Doomguy never gets used to it, and takes damage. There is a slip and slide but it's on bumpy ground. If you go down it, there is a bull dog there waiting and snarling who has a skeleton face for a face. As you approach, his rockets prepare to fire. Then he farts and it's the smelliest dog fart EVER, and you know this because a text prompt appears on your screen that says "Man that's the worst dog fart I've ever smelled" and you instantly die.

Level 3. You have one mission. You have to break a branch off of the sacred pear tree. You do it, and the dad of the birthday boy comes along and says "WHAT THE HELL IS WRONG WITH YOU! I'VE BEEN GROWING THAT FOR TEN YEARS" You have a dialogue choice that instantly disappears and Doomguy just starts crying. The rest of the mission has you sitting with your face to your knees in the dad's garage, ashamed of what you did. Your shame meter gets fuller the longer you sit there and when it fills up, your console crashes. You can't let this happen. If you hit X enough and survive, the dad eventually comes in to apologize for yelling at you. It's all awkward or weird. And the dad has a dad's face for a face, and demon spider/baby for a hand. You never go back to that friends house again.

Level 4, Hell. It's time for games. You have survived the trials of Hell up to this point and now it's time to relax. Everyone gathers in the living room. The living room has pentagrams for wallpaper because it is Hell, and all the furniture is from Ikea and has loose legs. It looks like things are about to get good because as you turn the corner, there is a Sega Genesis there. Everyone is gathered around and playing it. But in a tense, cinematic cut scene, the true face of horror behind this diabolical machination is revealed; the game everyone is gathered around is Chakan. You hear screaming babies which also sound like screaming skeletons. And a rocket noise. And you realize that this is the only game the kid having the party owns. And even if you wanted to play it, which you never would, you are NEVER ALLOWED TO HAVE A TURN. When you reach for the controller, the kids fat older brother punches you in the stomach. And his cute girlfriend laughs at you. 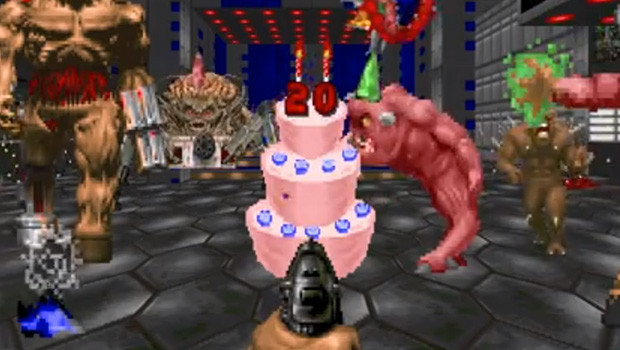 Level 5. Or ten or whatever; the final stage of Hell. This is it. The game changes drastically here. It becomes a sort of free roaming mini golf game. You are at a birthday party at mini golf. One kid, who is a demon with a demons face in his mouth which has another demon head in that mouth threw up in the pirates cave and it smells bad the entire time you're in there. You go to swing your club but rarely hit the ball. Your hunger meter is going down the entire time because the mom running the party didn't buy enough hot dogs for one and automatically put ketchup on yours even though you hate ketchup. You get to the very end, the final stretch, and there is cake waiting; your victory is ensured. But it's some sort of cheap weird cake the mom bought from Wal Mart and it tastes like bird seed and misery, and the kid having the party says it's good because he doesn't know any different BUT YOU KNOW IT'S SHIT and it's basically the worst day ever. You sit at the entrance of the park waiting for your mom to pick you up. And in an ambiguous ending, you have to wait forever. A cute girls walks by you and laughs and you don't know if it's at you or just a coincidence. You sit there and cry and the game fades to black.