So I’m proud to pronounce E3 Bingo, the only game where winning makes you a bigger loser! The cards will be split between the Big Three conferences of Sony/Microsoft/Nintendo and a fourth General card. The traditional Free Space will be occupied by a sure thing and victory is achieved by getting a row either vertically, horizontally, or diagonally. 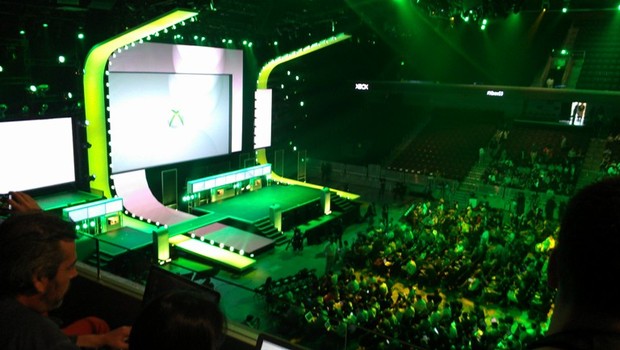 Microsoft like to play it safe, a little too safe. Last year’s "all games, no bull" approach helped make up for the previous disastrous years, but they still lag behind. Objectively, it could be argued that Microsoft have some of the best games to showcase, but the problem is most turn out to be multiplatform. They also have a habit of using doublespeak to feign exclusivity, so look forward to pointless confusion in the coming days. Expect lots of green. 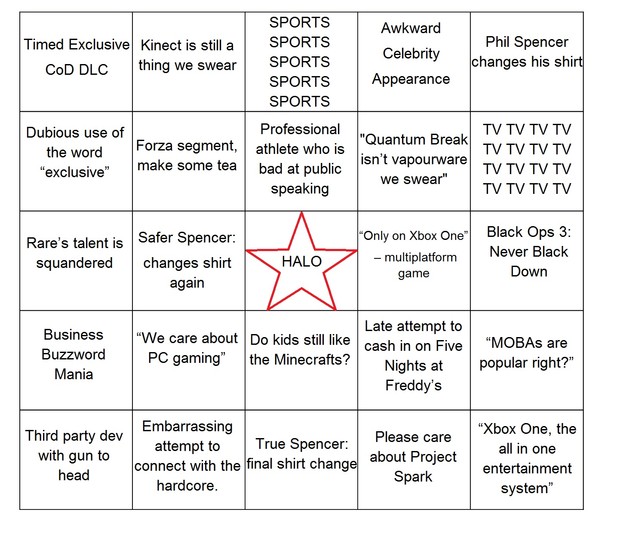 “Greatness Awaits” has been the tagline for a few years now, and fans are starting to get impatient, Greatness needs to hurry the hell up and arrive already. Sony’s had a comfortable lead for a while, but they’ve been coasting on goodwill at E3 lately, hopefully they’re more proactive this year, instead of waiting for MS to screw up. Expect that panoramic shit that people watching online can’t appreciate. 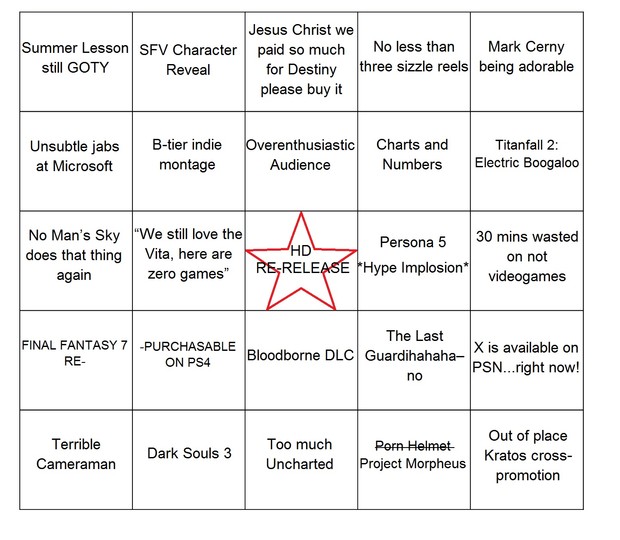 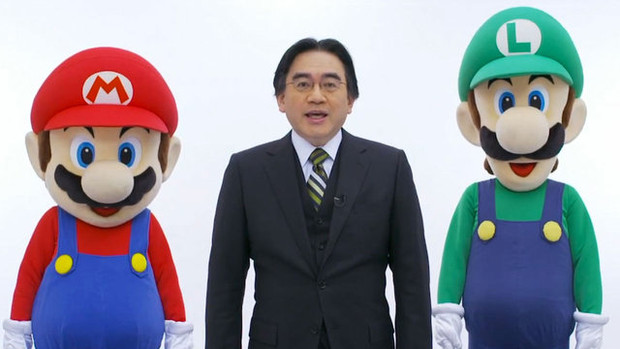 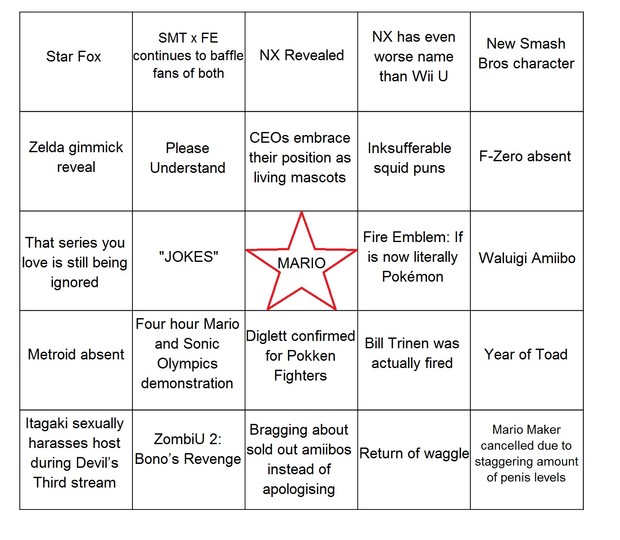 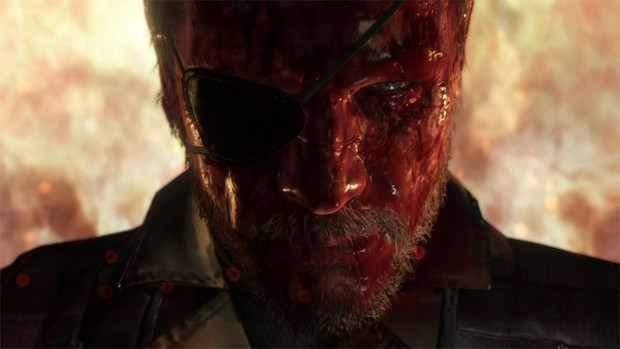 Everything else, EA, Ubisoft, Square, Bethesda and more have showcases this year. Who knows what terrifying monstrosities they’ll unleash this year? Expect cringe. 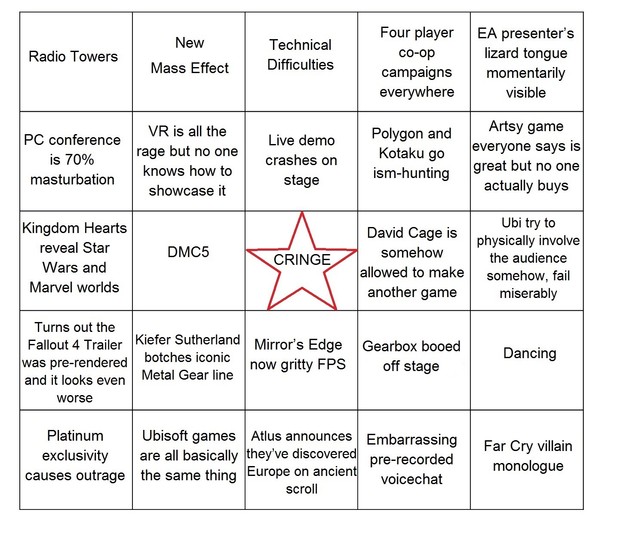