My age had nudged into the double-digits and I had already amassed a huge amount of Commodore 64 magazines (which I sadly allowed my father to throw out…argh. I regret that). From the time my brother got us a Sega Master System, we upgraded to 8-16-bit console magazines, ushering in Sega Pro, Mean Machines Sega and Sega Power, in descending order of preference. I also had copies of Sega Force and Sega Zone sometimes, but they were a little away from the comfort of the trinity I was accustomed to. Sega Pro was great at presenting colourful pages with excellent layout, and also covered Japanese titles that rarely appeared in the United Kingdom with the most depth. Mean Machines Sega had a bold, clear aesthetic, with huge screenshots, little pseudo-chibi-versions of the staff, of which one individual was called Radion Automatic. Seriously.

Sega Power was the magazine lagging behind, in spite of having a great Nintendo-counterpart magazine with the same publisher. I couldn’t remember what it was called. I remember Sega Power had a small, long-running comic where the staff members would fight against the evil forces of Ninja Tendo (one of the guys ended up being a mutant head with bat wings, going ‘Cheers, Ears!’ at one point). My memories of the rest of the content are shaky, and I’m guessing that’s because there wasn’t much that stood out against the other two titles. Nevertheless, it was still a source of information on videogames, and I had to process that. And everything was continuing that way for a few years, until somebody made a decision that would make Sega Power stand above the others - for the wrong reasons.

It’s been a long time since I got rid of my copies of those old magazines. I had little room in my house, which I had moved into since my parents had separated. New consoles were released and I started collecting copies of PC Gamer to nurture information about games for my new desktop computer. Something have to give, and I started trying to sell the magazines to friends, then give away the rest. I would have been more attached to my copies of Sega Pro if I didn’t also purchase the annual review collections. That title died off just as the final Mega Drive titles and the first Saturn ones were released. I could tell how near the end was, trying to double its price on a halved page count on the final issue I got. It was a far cry from the days when they would offer a VHS tape with ads and game footage in one month, or the yellow joypad-cable tidy on another (which I still have and use)! The Sega Pro team had a very good run, and it was saddening to see how they finished. Mean Machines Sega, along with its sister publication Nintendo Magazine System, was incorporated respectively into the pretty good Official Sega Saturn Magazine and Nintendo Official Magazine. Radion Automatic got gigs on gaming television shows. I hope he’s still in the business and still has his long hair. You can still view the scans of both titles online, if you do a google search. 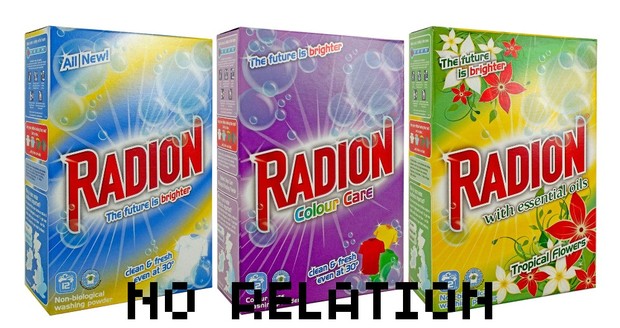 You can also search for scans of Sega Power, but for some reason, they are a little harder to come by than the former, at least on the first page of the search engine. I managed to find a whole copy of issue 46 online, and boy, does it take me back. It had a topical story on videogame controversy and how the British media covered them. Adverts from non-existent high-street stores like Woolworths and Ritz, reviews and previews of Master System, Mega Drive and Mega-CD games...even opinions of those new movies of 1993 out that month in the UK, like Jurassic Park, Last Action Hero and Unforgiven…flicking through the magazine again, it’s also eye-opening to see how games get such bad scores…I’ve played Golden Axe 3 before and had a whale of a time with its two-player mode, but did it really warrant a score of 34%? And the Mega-CD version of Afterburner 3, a game so reviled by the Sega Power staff that it got 6%….sorry, I’m getting carried away on a sweet-smelling, rose-tinted wave of nostalgia there.

Everything turns a little sepia now, when I turn my attention to the later stages of Sega Power’s lifetime. Back then, I was in the later years of high-school (or into sixth-form, I can‘t nail it down exactly; either way I felt like crap in both eras), and when I picked up copies of the gaming magazine, I couldn’t help but notice the odd direction it was taking. Most of the issue, from previews, reviews and letters section became rambling incoherent stories. They never referred to the game reviewed or previewed, never answered those who were sending the correspondence properly…it was as if the editor just removed the entire staff and replaced them with those avant-garde experimental art-surrealists that would write poetry and stories that go nowhere. Even the captions would have that rambling attitude. There were references to people wetting themselves and just plain inane banter that would very rarely hint at any kind of entertaining humour that the other titles would attempt (and would do pretty well). At least the reviews had the name of the game, the format, screenshots and the score. Without that, I don’t think I would have even considered buying that magazine again. It had all the information I needed for games, but now it would have my attention in a different way…where was the magazine going with this, and what would happen? Looking back, it may have been a clever tactic, hooking people in with pure random, but I also felt that it could backfire…and that would be even more interesting. 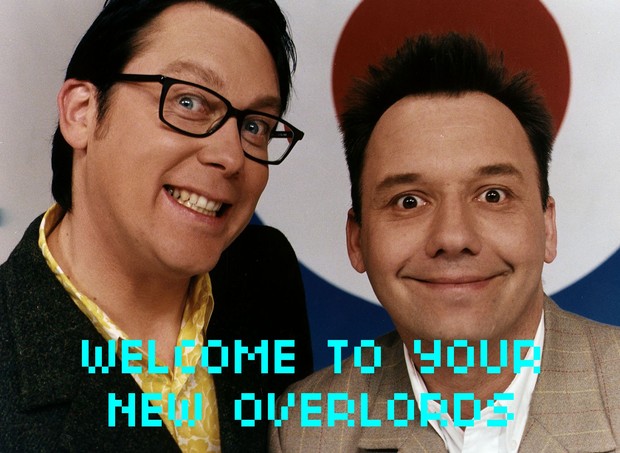 To give you an idea of the stuff I witnessed, let’s just say it was the equivalent of a Vic Reeves and Bob Mortimer comedy show, with just the events written down on paper. Vic and Bob are masters of absurdist humour that begun to hook television audiences since Spike Milligan and Monty Python trotted into a studio. Well, masters of absurdist humour in the United Kingdom…Canadians didn’t take too well to their popular panel show Shooting Stars when it crossed over the Atlantic, but then it would always be a stretch. Like an art-house Morecambe and Wise, or a Gilbert and George painting come to life, their wacky demeanour was endearing to either the after-pub crowd or those looking for an unexpected, silly edge to their comedy. And the two usually had disarming cheesy smiles. I hear their recent series, House of Fools, brings the house down for the right reasons.

But putting nonsense down on paper with little friendly visual stimulus might have a totally undesired effect. Print out tales about the reviewer, as a boy, going to the aquarium, wetting himself in front of a fish/mammal, then performing the same act in the bath when a sibling mentions the earlier fish/mammal…yeah, the image already forming in your mind isn’t pleasant, is it? By the way, I actually didn’t make that up; that was a tale told across captions under the screenshots of videogames. In a several thousand-selling videogames magazine. For crying out loud. When Steven Hansen crafted his review of Battlefield Hardline by using a community-blog quality rant about police-militarization over statements about how the game played, you thought that was the worst type-up of a review you had ever seen. You were quite clearly wrong, because I witnessed the proof. I’ve seen a review of a Pac-Man game which filled the entire two pages of ’WAKKA-WAKKA’ around the screenshots and score. I remember a Sonic the Hedgehog clone get about one sentence of main text, letting the screenshot captions do the talking about how close it was to it in style and gameplay, then lob a 50% score. And the two examples I gave were BEFORE Sega Power completely changed tack (I hope my memory of what magazine reviewed them was correct, though…). I just wish I had it to hand so I could show you. 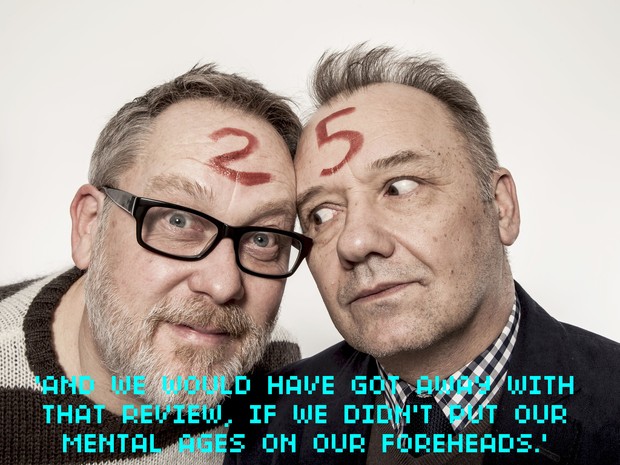 How did it all end? With comments akin to ‘…and then I wet myself’ and such, it wasn’t long before the magazine got into the hands of someone who got concerned. A young girl got given a copy of the magazine free at some restaurant, and when the parent took a look at the prose, they didn’t like what they saw. The local newspaper was contacted, who consequently kicked up an almighty fuss. The newspaper even had the audacity to print the young girl’s school portrait photo in the story, giving the impression she had been murdered or something, since those are usually the only times those images are used in the media. Funny how one of the few issues I could find had looked into the issue of the role newspapers had in stirring up paranoia about videogames, and then the publication itself getting a similar treatment several years later. I found this story printed in the back of a newly sane Sega Power, which gave much understanding to their sudden about-turn in sensibility. Quite odd, because they never said why they went bananas in the first place. The magazine changed its name to Saturn Power to cover the Sega Saturn titles, and folded after a few issues.

The thing to learn from this is that a little randomness is allowed in your prose, so long as you still have relevancy to your subject and videogames. Just don’t expect your audience to look at you in the same way if you decide to go ‘full schizo’.