Should I give these games another chance? 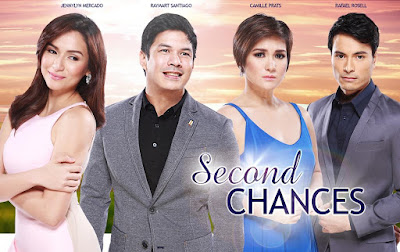 I know that people really love these games. For one reason or another, they just didn't resonate with me the same way they did lots of other people. While this certainly isn't the entire list, I've compiled 7 games, all of which were released in the modern era (the oldest being a PS2 game), so for the most part it shouldn't be too hard to at least go back and give these games another try. I've tried my best to pinpoint why I put them down without finishing them, and some reasoning as to why I haven't already made the return. First up is a game that I still hear people speak very fondly of.
Fallout 3 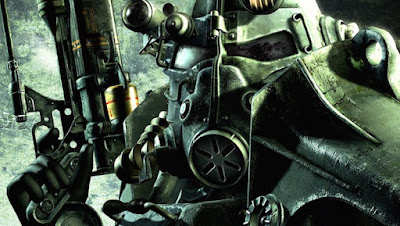 At the time of Fallout 3's release, the concept of the open-world, western RPG was completely foreign to me. It wasn't until I played Borderlands a year or so later that that cherry was finally broken. I wasn't interested in the game upon release because the only game on my mind was Metal Gear Solid 4 (very similar to right now, where the only game on my mind is The Phantom Pain). I was working at a GameStop at the time (also very similar to right now) the GOTY edition of Fallout 3was released, and after a year of hearing people losing their minds over this game, I felt like the GOTY edition was the perfect game to play on vacation.
That's what I planned, at least. I set aside my entire week's vacation to doing nothing but playing through Fallout 3 and all of its DLC. Five hours later the game was back in its case and on its way back to GameStop for what little trade in value it garnered.
I had been playing Skyrim for months at the time, and I thought that loving one Bethesda RPG meant that I would undoubtedly love their previous efforts. But that wasn't the case. The V.A.T.S. system I found very cumbersome and for whatever reason I had an incredibly difficult time figuring out where to go or what to do, and rather than taking the time to learn, I just gave up. 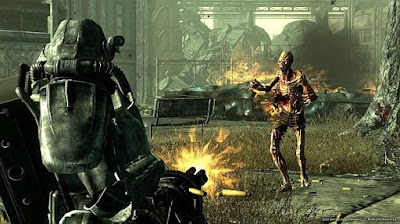 I was speaking to my boss recently about the games we played the most in the last generation, and he brought up Fallout 3, and I brought up all the same points to him that I just did to you, his suggestion was to try Fallout: New Vegas.
So here's my question for you guys: The big rumor right now is that Bethesda is going to announce a new Fallout game at E3, and the idea interests me, but I have no prior experience and feel like I need some. Should I try Fallout 3 again, or should I just move on to Fallout: New Vegas. I've been toldNew Vegas might be a little more up my alley based on how much I disliked V.A.T.S.
Fallout 3, New Vegas, or neither (I definitely don't have the time to play both)?
Rage 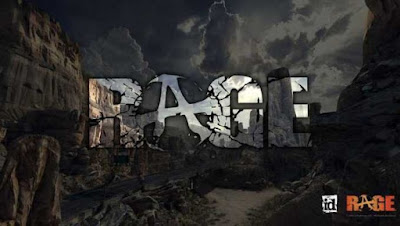 I gave up on Rage because I had just spent over a year playing through Borderlands and all of its DLC when I queued it up. Rage felt like basically the same game, minus the things I loved most about Borderlands. It lacked the ridiculous characters, the humor, and the aesthetic that drew me into the Borderlands universe and kept me on Pandora for 100+ hours. 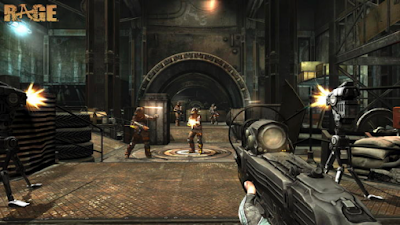 I probably gave Rage more of a chance than I did Fallout 3, and for the most part, I enjoyed it. It looks absolutely incredible and the gameplay itself I found pretty fun, I just decided to play it at the exact wrong time. If I had played a different type of game and then gone to Rage, I may have like it more.
Should I give Rage another chance?
The Souls series 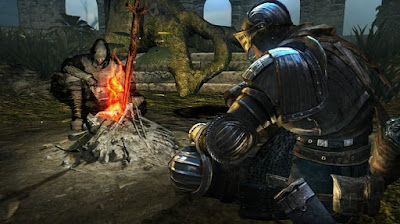 I freely admit that the Souls series has done nothing wrong. Between the four games (if we're counting Bloodborne), I've only played Demon's Souls and the first Dark Souls, and even then I've probably only amassed a total of about 90 minutes of play time, if that.
I'm really interested in the series as a whole, and I love the satisfaction of finally conquering a very difficult enemy or section, but the games seem to be a little too much work for me. Again, I willingly admit that it's completely my fault, I haven't really tried to understand the game. When I tried Dark Souls for the first time, I died about four times in ten minutes and decided that it was time to put it down. 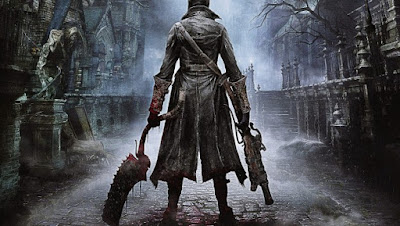 I've heard Dark Souls 2 is a little more accessible and Bloodborne is faster-paced, both of which would probably work out better for me.
Two questions: 1) Should I give the Souls series another chance, and 2) if yes, which game should I choose? 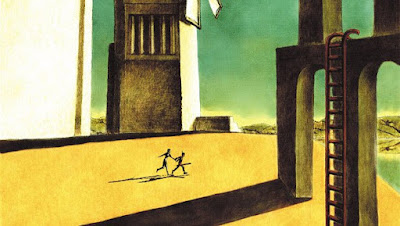 Actually, you know what? I won't bother with this game again even if you think I should, I really didn't like the few hours I played of it. I don't understand how it's achieved cult classic status. But Shadow of the Colossus, now that's a game! You should buy the collection just for that one.
Red Dead Redemption 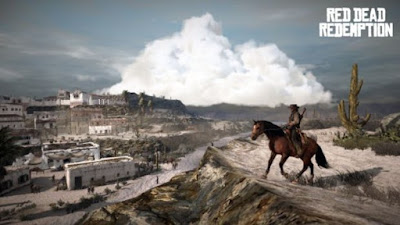 Possibly another instance where I didn't give the game enough time to form a legitimate opinion on it. Plus I kind of went into the game not expecting to love it simply because I find the old west to be one of the most boring settings possible in any entertainment medium. And even though I like theGTA series (for the most part), I haven't liked a whole lot of Rockstar's games outside of the series.
I only made it a few missions past the initial tutorial farm missions. The world just seemed boring to me. I felt like I was just riding a horse from point A to point B with nothing but dirt and an occasional cactus to look at on the way. I know that that's not a fair description and that there's a great deal more to the game than I experienced, but it just didn't do anything for me in that short time and I didn't feel that it ever would. 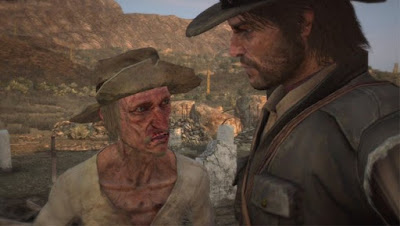 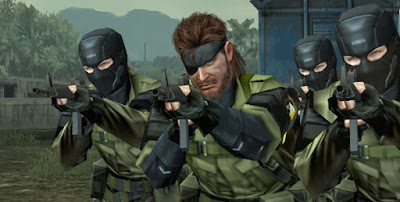 You won't find many people who blindly support anything and everything Hideo Kojima does like I do. I think the man is a genius, and outside of a portly Italian plumber, it's Kojima's Metal Gear franchise that I would rank as my favorite game series of all-time. Over the years, I've felt like I've bonded with Solid Snake. Metal Gear is my ultimate power fantasy. Some people may have fantasies of being the ultimate action hero, charging head-on and going full force with guns blazing, but I've always thought that being a stealthy secret agent was so much cooler. That's why I've always enjoyed games like Metal Gear and Splinter Cell, I like the idea of being on a one-man mission with the fate of the world in my hands.
Then Peace Walker came out and ruined that fantasy for me. I didn't actually play the game until it was released on the Metal Gear Solid HD Collection, but I somewhat knew what I was getting into. I knew that it was separated into several smaller missions, and that it required that you team up with people online. The way I had always heard it put is that Peace Walker is like the Monster Hunter ofMetal Gear games. Well, I've never played a Monster Hunter game so I don't quite know what all that entails, but I can tell you that if that's an accurate statement, then I definitely wouldn't like Monster Hunter. 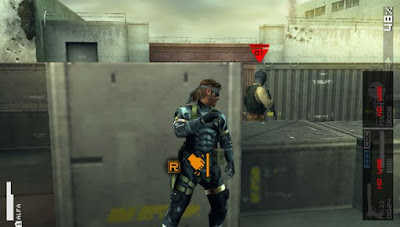 Another thing that bothered me was the base-building sections of the game. I got stuck early on in the game because I came to a mission that required me to blow up a tank that was blocking my path with C4. I had to have researchers do research-y things in order to create C4. Why I couldn't just find the C4 somewhere and then use it like in other games, or why Snake couldn't just climb over the tank (it's not like he's a super soldier or anything) is beyond me.
That's where I stopped and I've yet to return. Should I give Peace Walker another chance? If so, is it possible to complete the game without playing with others? If not, would anyone like to play with me? I have it on PS3. It's really bothered me that I've never finished it, especially since it's an integral part in the series canon. And I'm so looking forward to The Phantom Pain that I want to make sure that I'm not missing any little nuances of the story. 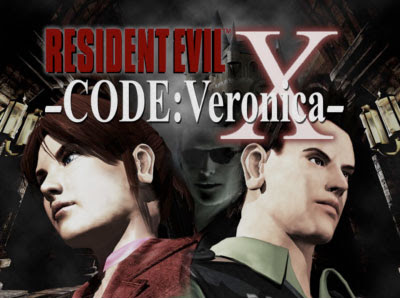 And last on the list (at least this time) is another game that is the only entry of an all-time favorite series that I haven't completed. I'm not sure why, either. Unlike Peace Walker, however, I'm already more than familiar with what happens with the story of Code Veronica. I've watched playthroughs, read the synopsis, and even read the novelization by S.D. Perry. So going back and finally finishingCode Veronica would simply be a personal pride thing for me. 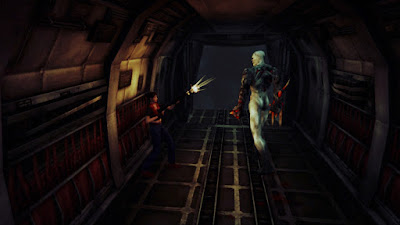 The first time I tried playing through the game, I just got stuck somewhere, put it down and never came back to it. Then all subsequent attempts were after I had played Resident Evil 4, and it was just hard to go back to that play style. So, since there's really nothing for me to gain by playing the game outside of just being able to mark it off my checklist, is Code Veronica worth giving another chance?
Thanks in advance for any and all opinions and feedback. Don't forget you can find me elsewhere on the internet.