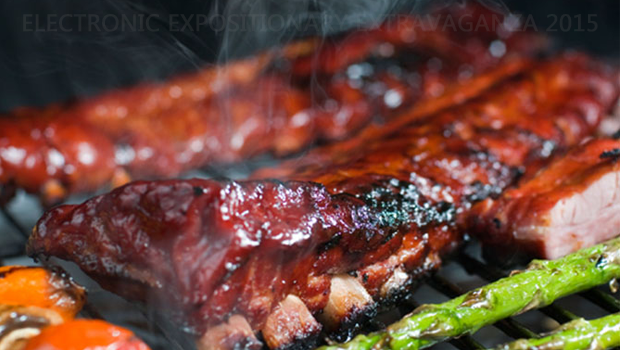 Everyone's favourite commercial break is right around the corner, and it's time to do something similar to what I (and many others) did last year, which is basically writing down a "wishlist" for E3. I'll try my best to make this one a bit unpredictable, and mostly talk about things I want announced, rather than stuff we know we're going to see.

Some of these are more realistic than others, and I've decided to put some of my less believable wishes aside. Also, I won't be splitting it between each company, because there's a lot of third party stuff in here.

Or [PROTOYPE 3], if you prefer your sentences to look horrible.

InFamous has already gotten a third installment, and Just Cause is getting one too, so I think it's time for the king of chaotic sandbox games to rise once again. Yeah, I just called it that! You know why? Because Prototype 2 was all about the magnitude of the chaos rather than the size of the world. To be fair, giving the series such a title isn't really a challenge against the more tactical InFamous games, but it's a huge, deliberate middle finger towards Just Cause 2 (which probably should've been in my previous blog, whoopsie) and its upcoming sequel. We need a Prototype 3 to show these clowns who's boss!

God damn, Prototype 2 is fun, and I want several other major studios to take piles of notes from it. A sequel to this could only be a good thing, to say the least, and I think it's about time one gets announced.

Waaay more excited about this than Tekken 7.

Street Fighter X Tekken may not have been a huge hit among many, but that has a lot to do with the company behind it. While Capcom has a long reputation of being destructively greedy, the only major bummer on Namco's part that I recall has been their underwhelming treatment of Pac Man's anniversary. Other than that, I have reason to believe Tekken X Street Fighter will deliver, should it ever come out. Only problem is that we haven't heard much from it, and we're apparently getting Tekken 7 instead, which I'm honestly not that excited about anymore. Many of the new characters are a tad on the lame side, and I would much rather play as characters like Ryu, Chun Li and M. Bison with Tekken's one-button-per-limb controls.

I'm especially excited about this because I can't play Street Fighter for shit. I struggle a lot with movement, timing and distances, and it seems impossible for me to find a character I can get into. But this might be able to change that, allowing me to slide into a Street Fighter character with familiar controls, then trying that character in an actual Street Fighter game and possibly learning it that way. It would be a brilliant gateway into an unfamiliar series, and I want Namco to get on with it, even if Tekken 7 gets put on hold.

In other words, I might need this game in order to learn another game, so waiting this long for it is irritating. Let's at least see a trailer this year. 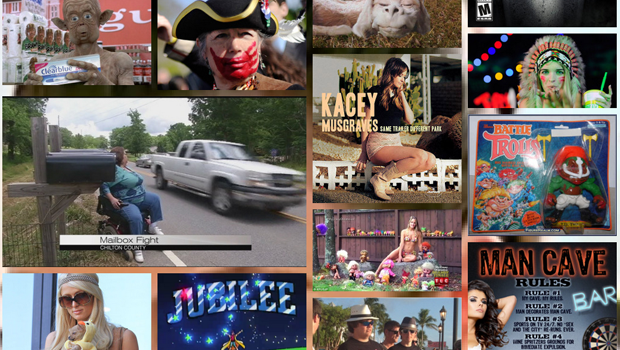 We need four of these. Hell, they basically promised us that.

One game for each horseman of the apocalypse. Sounds sensible enough, and we're already halfway there. Having the series stop at two feels very dissatisfying, especially since we've already gotten glimpses of what the remaining two look like, and how one of them technically isn't a horseman, if you wanna get pendantic over semantics. Unfulfilled potential is a huge shame, even if the series is admittedly a huge Zelda ripoff.

That said, as far as ripoffs go, this series is one of the better ones, and it definitely helps its case that Zelda doesn't get ripped off nearly enough. It's a delicious formula, and I want to try it with every type of topping. Having beaten the first game, and now being on my way through the second one, I'm very satisfied with the puzzles, combat and boss fights. It never quite fails to engage me, and I never really lose track of my goals, which is a risk frequently run with games like these. I just hope a third game will give me more camera options. Don't force me to play with society's ass-backwards idea of "normal" controls (pushing left to turn right = normal, yeah okay alright).

Another wish for Darksiders 3 would be to turn the bonkers character design down. It's a bit much as it is, and it often makes characters difficult to remember for me, since so many of them are overly detailed and messier than Lionel Messi in a mess hall trying to eat spaghetti during an earthquake. 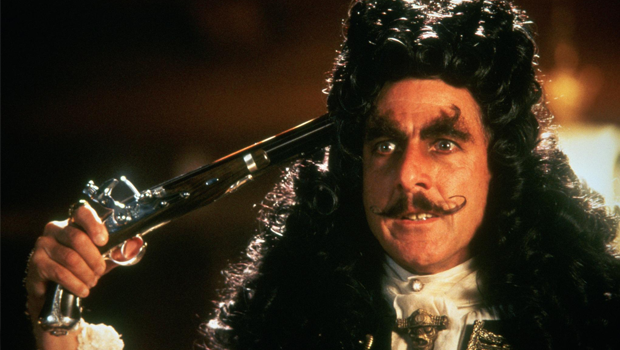 Let's get one thing straight: The ship parts of Assassin's Creed IV were crazy good!

So good that I basically wrote a blog about it. So good, even, that they're worth suffering through tailing missions. They're finger lickin' good, and easily capable of carrying their own entire game. One with minimal time spent on foot, where the ocean is a place of wonder and opportunity. One where playing through missions isn't the goal, but where the end is only reached once you've explored and taken over everything. One where you aren't reminded that the game is a simulation within a game.

I just want a good pirate game without multi-coloured beanbag chairs! Surely that isn't too much to ask for? Because that's a weirdly specific thing to have to ask for. 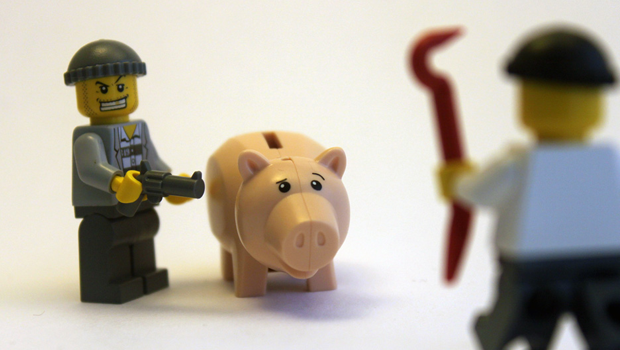 Confirmation that The Last Guardian, Half-Life 3 and Beyond Good & Evil 2 are not coming out, so we can all move on

Guys, we have to be real. These aren't happening.

I know, it sucks. All of these have been anticipated releases for a long time now, and I would've loved to play them all, but at this point, the waiting is doing us more harm than good. Half-Life 3 hasn't even been announced (only an expansion for the second game, which should seriously be cancelled by now), so all we'd need here is confirmation that it's not gonna happen. As for the rest, Sony and Ubisoft should just let them die. Nothing is actually in development for this long, so it's clear that something is very wrong with both of these games, whatever that may be.

Getting disappointed every single year is the least fun kind of tradition I can think of, so putting that to an end would be pretty great, like that amazing feeling you get after you stop banging your head against a brick wall for a solid hour. Those non-updates we get a couple of times each year are infuriating too. What's the point of running your mouth when you've got nothing to say? It's a huge dick move, and I really wish they would realize that nobody wants to care anymore. Some still do, still excited about what the games could deliver, but nobody wants to, so teasing them is a waste of time and effort that only causes misery.

Of course, since Half Life 3 hasn't really been announced, it probably could still happen, but after all that waiting for that last episode of 2, the wait hardly seems worth it anymore. Besides, it's better to set yourself up for a pleasant surprise rather than disappoinment. 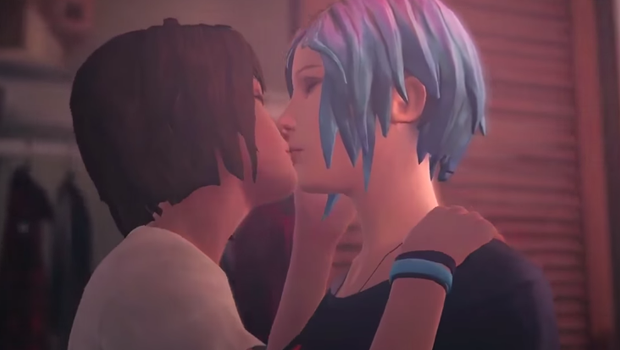 Hitman and Splinter Cell sequels that please everyone

Once you move outside of Metal Gear, stealth fans get critical. Nothing proves that more than these two big names.

A series starts out on the early 2000's, gets better as time goes on, hits its peak, goes in a new direction and is torn down by the fans it's gotten. So goes the story of two men, a bald killer clone and a three-eyed ghost. What is usually left out is the fact that the newer iterations ironed out a lot of little rough spots from earlier games, so for a newcomer, those became much more accessible. In both cases, this started a horrible war in which many were killed. That's my way of saying that it made each series a bit divisive, with older games getting the majority of the popularity vote.

But what if we could all get along? What if the best aspects of both new and old could be combined to make something that's cool for everyone? We have the technology!

Seriously, if we took the controls of the newer games and combined them with the more unique and ambitious older games, aside with a touch of inspiration from Mark of the Ninja (*smooch*), I think we'd have a couple of pretty fucking awesome games on our hands. And in our hands. When we buy them. Because they're awesome. 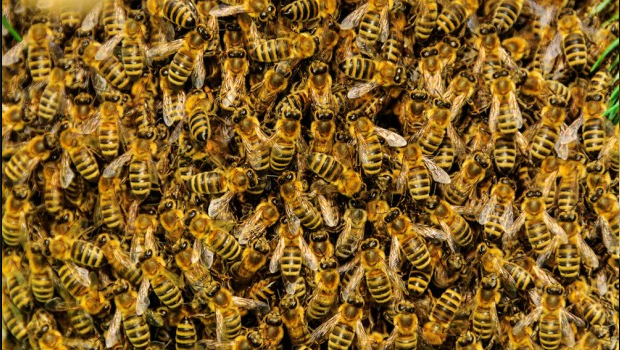 Something surprising from EA

Just something that isn't completely expected.

It doesn't have to be a game or anything that I'm interested in buying, but something to make their presser at least a little bit entertaining. What even is the idea behind spending so much money to promote things that everyone knows are coming?

To be honest, I might not even watch their conference, since it kinda bores me every year. But if I do, I better be treated to something that's at least unintentionally funny. They can do that. It's E3, man, give me something that's either exciting or stupid!

Don't be so bland, EA. You can still be an extremely unpopular company with a bit of personality and fun. 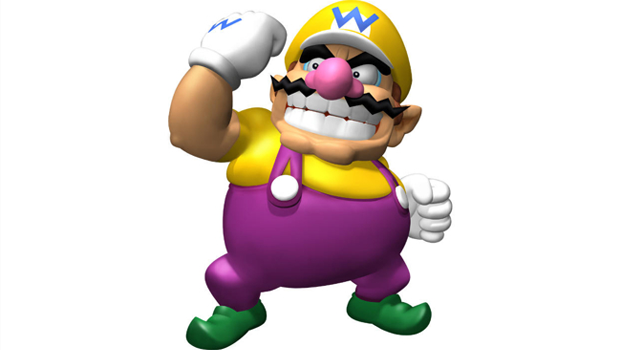 Come on, he deserves it!

So that's that. Was it unexpected enough, or am I being a huge, dickish hypocrite when I give EA a hard time?

No matter what happens, I look forward to the event, and to hopefully be excited for something. There's usually at least one or two things that'll get to me, so no matter what, I've got a reason to expect a great event.