Your Most Memorable Video Game Stages

I've played a lot of games. A lot. Over twenty-odd years I've lost count of the number of titles I've played through. Over that period of time, however, there have been a number of stages or moments in games that have stuck in my mind or really grabbed my attention. I thought I'd take this opportunity to share a few of them with you, the faithful Destructoid blog reader. 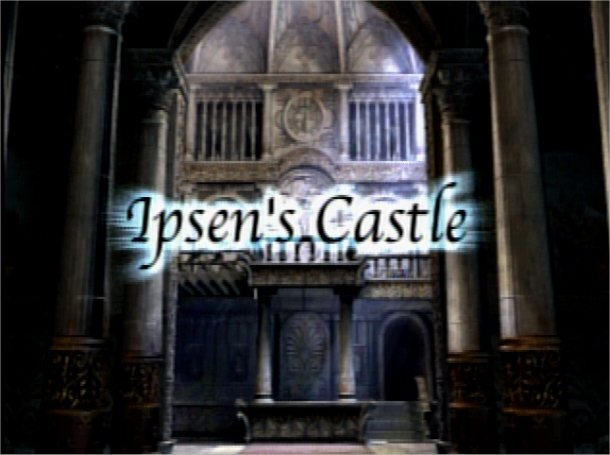 Ipsen's Castle - Final Fantasy IX
Back when I was a nipper I loved playing the Final Fantasy titles. I was a latecomer to the series and only really started playing during the PS1 era but FFVII and FFIX were some of my favourite games as a youngster. Back then I found Ipsen's Castle a complete mystery - I remember fleeing from all the battles as I had no idea that equipping your weakest weapons made you hit the most damage! Far too much for my puny kid mind to work out! The confusion as a kid and my future admiration for this unusual design choice make this stage a particularly memorable one for me.

Metroid Prime - Phendrana Drifts
Metroid Prime... What a title. Really helped vindicate my choice to purchase a Gamecube. The game overall was an absolute beauty: moving from fire caverns to lush natural locales to frozen wastelands; watching the insectile blood spatter your visor or the condensation building on the inside of your helmet... Stunning. My favourite part of the game was undoubtedly Phendrana Drifts. I found this entire passage of the game hugely relaxing, from the fantastic backing track to the lazy slalom of the drifting snow.

Ice Forest - Super Ghouls and Ghosts
I go back to play Super Ghouls and Ghosts today and get my arse kicked by it with ease. When I was a kid I had this game in my back pocket. I've no idea how, looking back! I really enjoyed this game as a kid, despite never actually seeing the true ending. The difficulty of the game was brusing, yet it still drew me back for more, erm, fun and games? Yes, let's say that. No idea why this stage of them all sticks with me but it does. I have a weird fascination for ice and snow levels, I guess!

Axelay - O'Neill Cylinder
Axelay was a chronically underrated game. I loved it all the way through and there were loads of memorable stages - the underwater one loses out here but deserves a special mention - with stage two being the best for me. A combination of creative science fiction ideas (the magnificent failed O'Neill Cylinder cityscape you see in the background), brilliant stage music and a boss lifted right out of Robocop really make this level stick for me. I'm not one for listening to game music outside of playing games but I occasionally pop this track on as I work at home. Classic.

ESWAT - Mad Professor's Lab
I loved ESWAT on the Mega Drive/Genesis. I loved taking down helicopters with handguns and then being upgraded to this kick-ass mechanical suit. Most of all I loved the mad professor's stage - there was nothing more terrifying for me as a kid than trying to outrun that never ending wave of purple goo!

Ikaruga - Ideal
Such an amazing game and a sinkhole for a massive amount of my idle time. I adore the first stage, mostly due to the fact I've played it so many times that I have it down to perfection! Things get a little more difficult from the next stage on and I never managed to master them as much - mistakes creep in and I die repeatedly! - but I can still go back and play Ikaruga whenever I have a spare moment. That soundtrack too - magnificent. 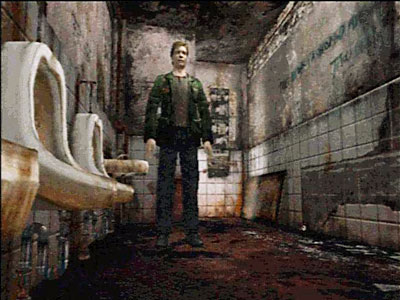 Silent Hill 2 - Approach to Silent Hill
Silent Hill 2 has one of the most amazing storylines in gaming history in my opinion. And the start of the game works wonderfully to set the title in motion. Who wasn't on edge running down that huge, foggy bank on the approach to the town? The fact that you could hear things moving around out of view and were waiting for them to jump out on you on your way down and yet that scare never came made this intro all the more nerve-racking and tense. Super Castlevania IV - Clock Tower
Who doesn't love Castlevania? My pick of the bunch was Castlevania IV on the SNES and the most memorable stage for me was the clock tower. This is down to two things: the punishing difficulty of this stage in comparison to the rest of the game up to that point and an absolutely amazing backing track. I almost plumped for stage 3 in the limestone caves - I played that stage all the time as a kid - but this level has become more important to me as I grew older.

So, dear reader, what are your most memorable stages and why? They don't even have to me anything special, as shown by some of my examples above, just memorable to you. Why do they stick in your mind over all the other levels you've encountered in the past? Is it the stage design? The music? Another particular quirk? I look forward to seeing what other people suggest!