We need chat back and HERE'S WHY!!! 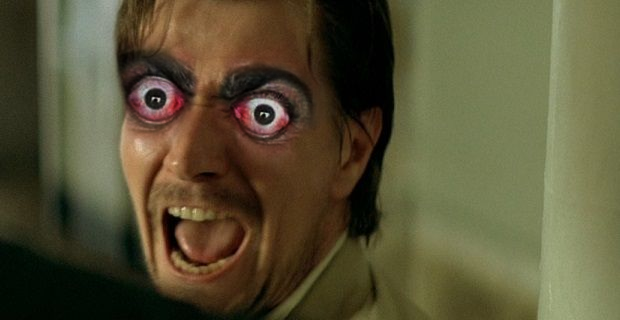 As you might have noticed, Destructoid has gone through some sort of second puberty lately. It was a weird and gross and uncomfortable time for everyone, but I'd say the whole thing was worth it in the end. That is except one thing: Where's the goddamn chat!?

Has it been removed? Sure seems like it, I've been looking all over for it like a concerned parent. Is it being changed? Replaced? Or was it not active enough?

In any case, I we need the good old chat to make a return, and I'm about to give you some reasons why:

Whenever I have a really insightful thought or excellent porn parody title, I want to immortalize that shit in text form, and in a place where it reaches a lot of people. For me, that excludes Twitter, where only about 7 people follow me, but a public chat on a relatively popular gaming site? Gimme some of that! As it is, gems like "I, Skankenstein" do not have a proper home. Surely we can all agree that this is a huge shame, right? Fuck it, I'm assuming you agree. Having a chat provides quick and easy commincation for those of us who like a cheap laugh, which is probably all of us.

Perhaps even more important than the one above (if you can even imagine that). While I usually watch E3 alone, I've never actually watched it alone-alone, as I always participate in a group chat in order to share my reactions with others, as well as seeing theirs. Not getting to chat during this event is gonna get very, very boring by comparison, especially considering how late it gets where I live, so keeping myself awake will become even harder than usual. There won't be that much to do during breaks either, as all stores will be closed and most people will be sleeping. Taking away the chat will make those late hours far more difficult for me to get through. I know there are other chatrooms out there (I'M NOT STUPID), but Dtoid's has always been very active and fun during the event, so why take that away?

I killed a spider yesterday by throwing a shoe at it. The little bastard tried to run and hide, but no arachnoid has ever outsmarted me! Wouldn't that be an interesting story to share to strangers over the chat? No? Well, okay then, FINE! What about a more interesting story? Or what about a short introduction from an ex-lurker who isn't quite ready to blog yet? There are plenty of uses for a chatroom, and I think the community would benefit from having a simple way of communication aside from having to write big ass blogs, and which doesn't involved a forum that gives you porn ads (seriously, what even is the deal?).

Anyway, here are a few inspirational quotes that may inspire you guys to bring back the chat:

"I have a dream! A dream about chatting on the internet!"

"Stop emailing me for a quote"

I think it speaks for itself.

(If the chat isn't actually gone, I'm gonna look like a huge moron)