Thick as Thieves: Sailing under a Black Flag 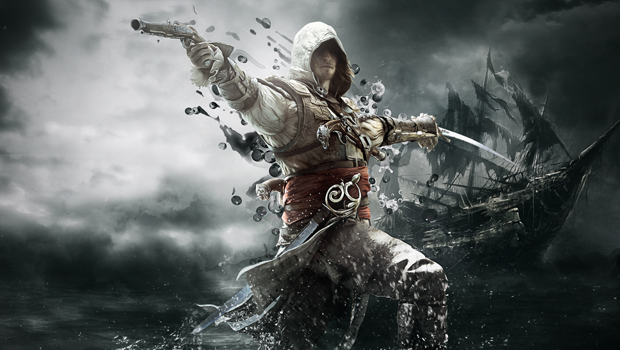 Has there ever been any sort of thief cooler than a pirate? I don't think so! If you gotta steal, sailing around, blasting down enemy ships and straight up taking all their shit by force is the proper way to do it! Not only are pirates very honest with their intentions, they like to make a show out of it too. No manipulation, no trying to be sneaky. You will know why they're there, and you will fear them.

This is my first Band of Bloggers entry, and while I could have spent it taking on personal favourites like Wario Land II (which is also theft/pirate themed), I find it a bit more interesting to write about Assassin's Creed IV: Black Flag, AKA the best Assassin's Creed ever made. I say this as someone who's only really played this one of them, but shut up, I know it's true! There's no beating pirates, they're the best! French Revolution? Italian Renaissance? American Civil War? Not bad in their own right, but comparing them the golden age of piracy is harrrrdly even fair.

But how does Black Flag hold up as a pirate game? Does it shiver me timbers like there's no tomorrow, or is it merely poser trash for landlubbers? 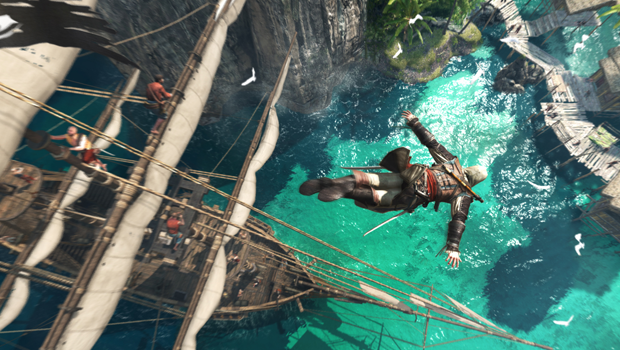 Well, I kinda spoiled that by calling it the best in the series, didn't I? It being a massive disappointment is clearly out of the question here. That said, talking about the game's overall quality is actually pretty difficult, since it feels like three games slammed together due to its large amount of different gameplay content. Unfortunately, only one of these games would be any good, yet fortunately, the good one is so good that it easily outshines the others. In other words, there is so much shit crammed into the game that there's no way the devs could've possibly done all of it very well, and some of the gameplay definitely suffers from it. Stuff like checkers, tailing missions and (sadly) underwater sections are kind of a waste, and the whole modern day framework is especially pointless, taking up a lot of resources that didn't need to be there at all.

But fear not, dear reader, as there is a point to me getting rid of all the negatives early on, and that has to do with me sticking to the theme of theft. What I mean by that is that the actual stealing process in Black Flag is so damn good that it makes everything worth it. The sailing and ship combat represents the "good game" that I mentioned earlier, and thankfully, that's where the focus is. Because of this, I'm making this blog entirely about the positives of the game.

You take control of the Jackdaw, the ship of legendary pirate Edward Kenway, a dude who stole an Assassin uniform despite having no actual interest in the organization's cause. Best protagonist? Best protagonist. A lot of the goodness comes from the way the ship handles. It is exactly as heavy and slow as a large ship should be, without ever becoming too difficult to control. You have four different speeds to work with, and making good use of these is recommended. Turning is easier at slower speeds, for one, which is especially important to remember during situations where your ship is in danger of crashing.

The combat itself is actually kinda similar to those parts in the one good level of Sly 3, except that you don't go into a specific combat "mode", meaning you can take on as many ships at a time as you wish. Well, that and the obvious stuff, like it being way more fleshed out, the tone being more fittingly bloody and "pirate-y" and all that. Blowing your load is done by pressing a single button, while the direction in which you shoot is entirely controlled by camera. It's very simple, but you also get to manually aim your shots in case you're unsure. The Jackdaw has no cannons on its backside, but you get to throw down explosive barrels which can be used to escape pursuing ships. Bracing for impact allows you to take less damage from enemy fire, and upgrading your ship with mortars allows for long distance attacks.

Once you really get your head around all this, plundering enemy ships is like a (wet) dream come true. I'm crazy impressed with how ambitious this game is when it comes to the actual pirate gameplay, and how well it's all executed.

So what happens then is that you start a fight with a ship full of valuable stuff, and depending on how strong your ship is, the battle might be tough and intense, or you might blast their asses into the next century without breaking a salty sweat. In any case, it's not over yet, because you still have to jump aboard and complete a certain amount of objectives which include killing crew, blowing up gunpowder barrels and cutting off the ship's flag. That last one is my favourite, simply because it's like the game's way of saying "don't you dare half-ass this!", which is fitting, as it only happens when you take on bigger ships. Once this is done, you get the chance to do neat stuff such as repairing the Jackdaw or lowering your wanted level, meaning you're less likely to be bothered by pirate hunters (although you can just plunder their ships too, teehee).

Here begins the circle of life, in which you sell your goods in order to afford new ship upgrades, which then makes you able to plunder bigger ships. You can buy other stuff, of course, but upgrading should be your main priority if you want to explore and conquer. That then leads us to what I consider the real objective of the game: Taking over the goddamn map! Oh, there's a linear story and everything, but that's not where it's at. That road is paved with restrictions and clumsily forced stealth. What you want to do is sail around and explore on your own pace, and basically do whatever you want, like a pirate would. Thankfully, the world given to you is huge, and there's plenty of ships to plunder, treasure to hunt and fortresses to battle.

I love the fortress battles. They are very similar to ship battles, except that the fortresses aren't mobile but way more powerful than any ship you'll come across. Aside from having every type of weapon available, they can also take a lot of damage before they go down, and you have to attack them in specific places. As tough as that is, winning these battles are worth it due to the face that it removes forbidden zones and reveals the secrets of the ocean to you. In my opinion, this could have been the whole game. It should have started with a short tutorial, then let you loose to take down every fortress in the map. An entire game built around this objective would have been fantastic, even though what we got is still very satisfying.

As mentioned, treasure hunting is also a thing. I like that little treasure chests are spread around tiny islands across the world, but the fact that the big ones require you to track down actual treasure maps with specific coordinates is just special. It is a special thing made by special people who should have a special place in everyone's heart. Seriously, it's little things like these that make the game feel like a proper pirate adventure, and it's obvious that a lot of people on the development team were really passionate about achieving this. 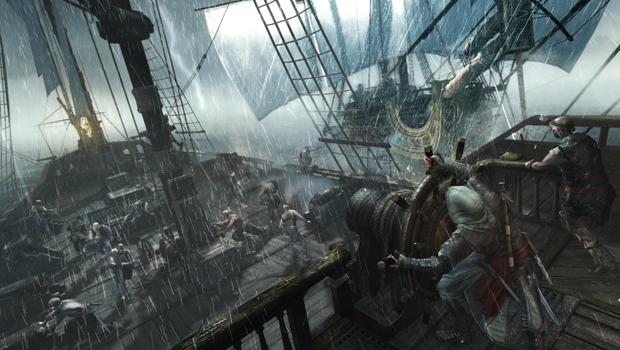 Another cool detail is storms, except that isn't a detail at all, but instead a huge fucking deal! A storm during a ship battle changes everything! It changes your speed, your height, your visibility, your attack patterns and even your priorities, as you might have to turn your ship around in order to make sure a huge wave doesn't do too much damage. I honestly think this is where the combat shines the brightest, and the fact that storms are seamless makes it even better. As much as people complain that this series lacks polish (which I do agree with), this makes it clear that a lot of very talented and passionate people are working on it.

Assassin's Creed IV is a good reminder that we probably shouldn't always be too critical of a game as a whole, because there will always be a few diamonds covered in dirt. True, this is usually the case for the first installment in a franchise, but I hope that Black Flag can prove to serve a similar role to a potential pirate spin-off series, made with a smaller team on a smaller budget. Ubisoft has allowed for some humble, creative projects in the past, so maybe this has potential to be the start of something similar? I certainly think that all the pirate gameplay is too good to be a one time deal, so I'm keeping my fingers crossed.

I hope you enjoyed reading this blog, which is only here to keep you distracted while my crew breaks in and steals all of your rum and sugar. 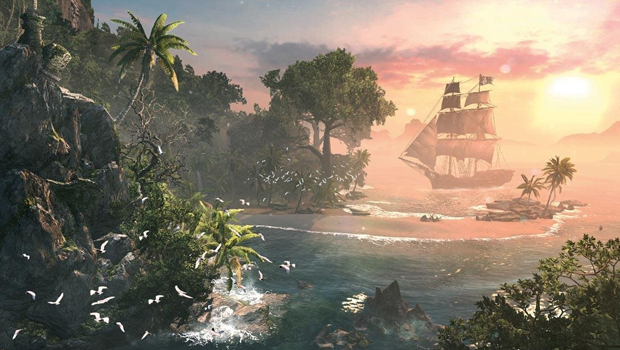