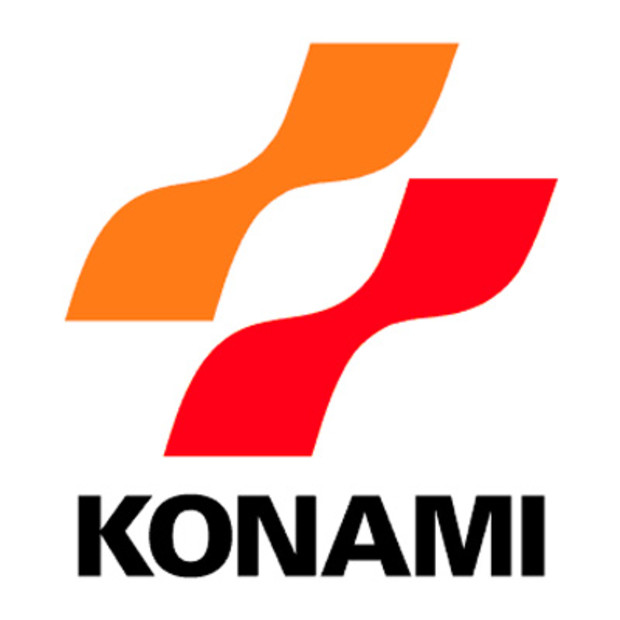 Konami is dead. Well, it may as well be.

Like my other posts about dead companies, here is a brief retrospective on the once-great video game company that was Konami.

Konami started making machines for video arcades in Japan in the early 1970s. They began making actual arcade games in the early 1980s, with titles like Frogger and Scramble. They jumped into the home video game market with releases on the MSX and the Nintendo Famicom, which, after a redesign, was known as the Nintendo Entertainment System in the US.

To get around Nintendo's policy of limiting the amount of games that developers can publish on the NES, Konami established a shell company called Ultra Games. That title is probably one you'e seen a lot of, since the original Ninja Turtles game was an Ultra release, as was the NES version of Metal Gear. They abandoned this practice by the time of the Super Nintendo's release. The games that were released under that banner are now essentially treated as regular Konami releases, more or less. Just a little interesting bit of trivia. 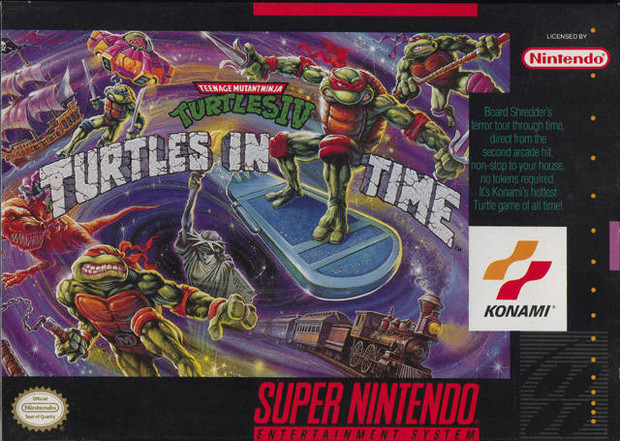 One of the Best. Damn. Games. Ever. Turtles In Time is a game that I can keep going back to on a consistent basis. The gameplay is basically flawless, and the visuals are basically taken directly from the source material of the 1987 cartoon. The four turtles play a little bit differently, as they have different weapons that do different things. Dontatello is slow, but he has a long reach, for instance. Michaelangelo is fast but his weapon has a super-short range. Each turtle plays differently, and everyone has a favorite. I usually went with Raphael, because sais are badass.

Good luck finding a copy of this game for a decent price, though. Nostalgia is a powerful thing. 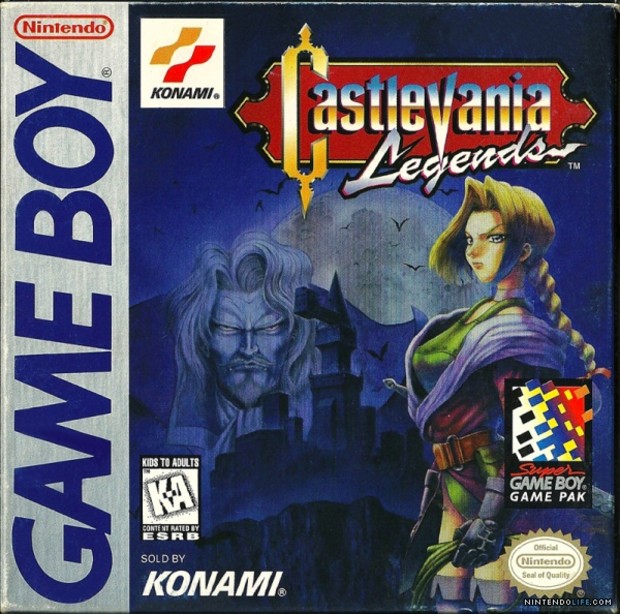 Yeah, yeah. Castlevania is awesome. But everyone played that one, and everyone has talked about it to death. This game is a relatively obscure one. Legends was actually the earliest game in the Castlevania timeline until Lament of Innocence came out, so that's pretty cool. You play as Sonia Belmont, the first of the Belmont clan to take on Dracula. The game itself is fairly slow-paced, but that is to be expected since it is on the Game Boy - fast-paced games on that crazy blurry screen just should not be done (it helps if you have access to a Game Boy Kiosk like the ones they had in Toys R Us back in the day. But that's crazy talk).

This game wasn't too popular with fans or with the people behind the Castlevania lore, because it's now apparently non-canon. I don't really know why, but for some reason it didn't fit with the lore of the series in the long run. It's a shame, because that means that a lot of people will probably pass this one up. Don't. It's really nice. 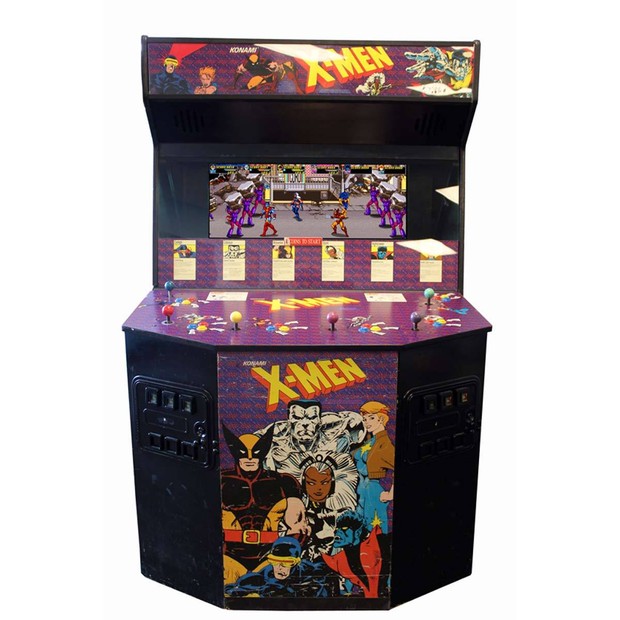 It's pretty nice that this game got a re-release on PSN and Xbox Live, because otherwise the only way to track it down was by finding one of the machines shown above (there was also a 4-player variant, but come on, this one is better).

The game is a pretty standard beat 'em up, as Konami was good at making those types of games. You had a really impressive roster to pick from, made up of late-80s-early-90s X-Men: Wolverine (in his awesome brown costume), Cyclops (nobody likes Cyclops), Nightcrawler (Awesome), Colossus (Pretty good), Storm (insert swordfish reference here), and Dazzler (disco sucks).

The game itself was in widescreen, which is pretty impressive since older arcade monitors are generally 4:3 CRTs. How did they accomplish a widescreen effect? They used two monitors. One was normally-placed, and the other was actually placed inside the cabinet with a mirror in the place where the monitor would have been. The mirror reflects the backwards image the other monitor displays, thus creating a widescreen image. Other games that did this were Ninja Warriors, Tecmo Bowl, and maybe Cadash. Maybe.

The 6-player cabinet is friggin' huge, and it's a hell of a fun time to get people to jump into a 6-player game. It's even more fun to hear Magneto say that he is the master of "magnet."

Fun fact: the roster for this game was chosen because it was the same as the pilot for an X-Men animated series, dubbed "Pryde of the X-Men." In that, Wolverine was inexplicably Australian (he's actually Canadian). Also, there is a long-standing rumor that there are variants of the X-Men arcade game where Colossus is replaced with Beast, Dazzler is replaced with Jubilee, and Nightcrawler is replaced with Gambit. Never seen it. I'm guessing that someone just half-remembered the game and mixed in their memory of the animated series. Guess that's another one for the nuts at the Glitch In The Matrix subreddit... 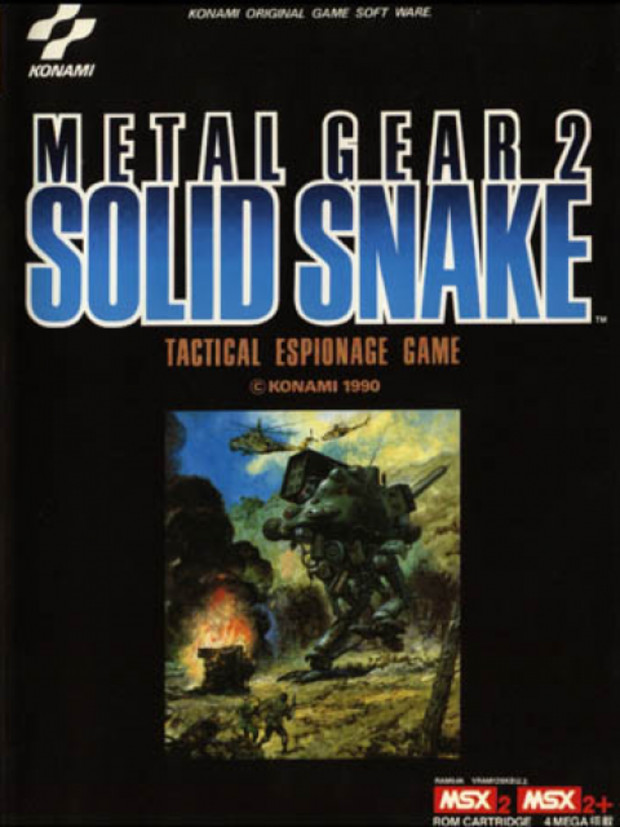 Once again, you've played Metal Gear Solid. To hell with that. Everyone's talked about those games.

Metal Gear 2 was originally released on the MSX, which is a computer system that only came out in Japan and southeast asia. It was made by Microsoff. Yes, really. Microsoft. Granted, it was the Japan division, but Microsoft still technically had a hand in the gaming industry way before the Xbox was devised. The MSX wasn't primarily a game machine, but it definitely had a lot of support from companies like HAL Laboratories, Square, Enix, and, of course, Konami. The Metal Gear series first found form on this platform.

This is the sequel to Metal Gear, which was the Outer Haven incident described in later games. The biggest changes to the game come in the form of a smarter enemy: they could see you with a real field of view, and they could hear your movement. They could also move to other screens, so you couldn't fake them out if you got caught. Codec/radio conversations were also dynamic and not tied to what room you were in, but what was going on at the time and what your objective was.

Put simply, this game is basically Metal Gear Solid in 2D, even moreso than the Game Boy Color Metal Gear Solid game. Makes sense, right? It's just kind of crazy that the only real jump that Metal Gear Solid gave to the series were basically aesthetic things like modern visuals, voice acting and cutscenes. The core gameplay was already there, and it worked well.

Once again, good luck playing the original version of this game. Go and import a MSX, I dare you. If you really want to play the original Metal Gear games, they are available on the second disc of Metal Gear Solid 3: Subsistance on the Playstation 2. They might be available on the HD Collection, but I don't know for sure since I didn't buy that version of the MGS games.

So, in the end, what happened to Konami?

They slowly but surely became out of touch with their roots. They're now focusing on mobile games, and planning on promoting a "Pay as you play" model for these games, along with selling "features" in aiddition to selling in-game items. This is pretty disgusting, since any sort of company switch like that just shows that they don't really care about the games that they make anymore, and they just want to make a quick buck with utter disregard for the quality of their work.

So, honestly? They're basically dead to me. That's a shame, because they've obviously done good work in the past.