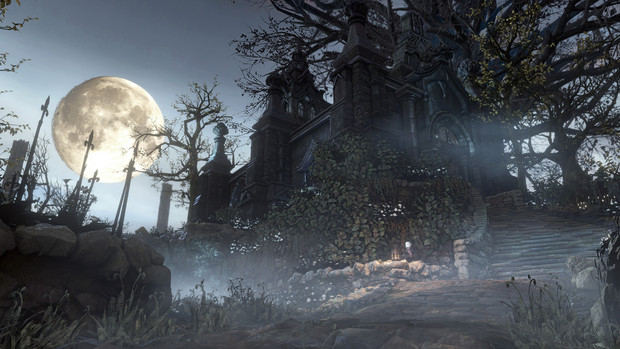 I finally beat Bloodborne, despite many inklings that I wouldn't be able to. I mean, I am self-admittedly a sucky gamer, and I thought after spending two hours against Father G that the rest of the game would be brutal. However, I found ways to cheese it while still being "legitimate" about it, so I managed to complete about 90% of the main game, which is good enough for me! The game is pretty fun though, and the last stretch of the game is probably the best part. Seriously, no spoilers (isn't it great to read one of my recaps without fear of spoilers?), but I really like the arena of the "final" boss, as it evokes memories of a similiar location of another game whose name I can't reveal because that would also be a spoiler.

Oh, so how did I "cheese" through the game? With two items: Cannon, and Bone Marrow Ash. A Cannon is something you can get halfway through the game, and though it takes 10 shots to fire, it deals relatively massive damage. Bone Marrow Ash nearly doubles the power of any shot from a gun, Cannon included. If you combine the two, especially with an upgraded Cannon (I got it up to +9 by the end of the game, and would've gotten it to +10 if I didn't give that to my Blade of Mercy), you can really put the hurt on bosses. Seriously, my stragedy has been get the boss down to half health on my own, then right as they go into the harder part of the fight, hang back and blast it to death. In fact, one boss fight had me taking down over 80% of the enemy's health with all four shots! Funny enough, I actually DIDN'T beat that boss, as it always gets me with its last 10%, but still, that's pretty damn powerful. Maybe with enough points in the Bloodtinge stat and +10 Cannon, I would've been able to kill it without needing my blade. Of mercy. 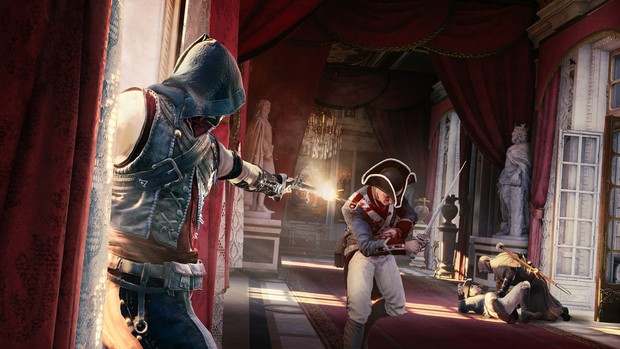 I've also been playing Assassin's Creed: Unity a bit. I know, I know, I'm scum, but I enjoy Assassin's Creed, and you know what? Unity did something right: it went back to basics and made assassinations fun again. Previous games treated assassinations as something to do, but one reason why the original Assassin's Creed is one of my favorites is because the actual assassination missions feels like you're doing something rather than going through the motions. In Unity seems to be options for those wanting to rush in like fearless killers, or those who want to wait in the shadows. One assassination in particular either has you silently picking off enemies one by one, or have you hide in one spot until he comes to you... at the risk of having to escape from every enemy you didn't choose to kill first. I think I could've actually balanced the two options, but I didn't want to spook the target with a dead body. Then again, this is Assassin's Creed we're talking about, so they probably would've shrugged it off.

Also, co-op missions are lacking, save from the first four player one you get. It may have been like any other mission, but it was kinda cool to roll through an Assassin's Creed mission with three other homies. I mean, it's a delight to run through the city stabbing fools on your own, but doing it as a group make you feel like battle buddies, and it's nice when someone saves you from getting shot in the face with a nicely timed assassination. It can get annoying when it's clear no one knows what they're doing (if the objective says escape the area, STOP FIGHTING AND RUN!), but sometimes I can't blame them: the first time I did a mission where we had to sneak into a building and assassinate someone, I didn't know where the window to get inside was. By the time I did eventually find it, the target's been dead for minutes and everyone's making their escape, and it's pretty easy to escape when you're already OUTSIDE the building. 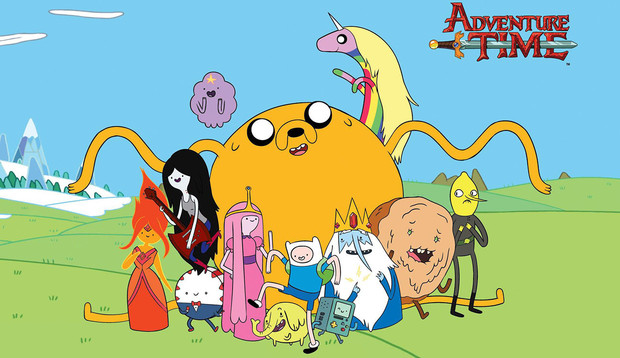 Only thing left to say is that I'm actually getting into Adventure Time now. The first time I saw it, I didn't really "get" it, so I only watched a couple of episodes before deciding it wasn't for me. Now that I'm watching more and more episodes, from Season 1 to Season 6, with my more "open mind", I'm really digging it: the characters are pretty great, and the character developments are strangely endearing. Now, I know people have complaints for the way the show changed over the later seasons, but I guess as someone who's into both styles, I'm pretty okay with it. Seeing Finn be a fun-loving, adventure seeking character from the early episodes, then seeing him get depressed over romantic interests is an interesting turn for the character, and some of the later story "arcs" shows that serious stuff goes down in the land of Ooo. I recently caught an episode involving the Lich King, and while they didn't air the next episode (CURSE YOU, CARTOON NETWORK!), they ended the Lich King episode with a pretty cool "alternate universe" version of Finn and Jake, and I really want to see what happened next.

Also, this series actually gets full Season DVDs instead of the sample packs The Amazing World of Gumball and Steven Universe got, and I'm so totally gonna save up some money and nab some of these Blu-Rays to binge watch the episodes in their intended order! What's up with Cartoon Network and being weird with their airing schedules anyway? Why the hell would you divide two parters and air them separately for days, and weeks, from each other!?

Anyway, let's say I wanna get buy two seasons. Which two do you think I should buy? Should I go in order and get 1 and 2, or get the best two seasons and then pick up the other seasons whenever?

* - Your old pal CaltySlitorous decides to sit his ass down and pump out a blog (no, that's not a weirdly worded euphemism) about 10 Things that he enjoys at the moment. It does have some sexual content, but what do you expect from a guy with that kind of username?

* - N0signal is back with another blog about the Souls game! This time, he talks about the new Dark Souls II: Scholar of the First Sin edition, and how he shakes things up by doing a playthrough in homage to the Berserk manga! A little late to make it as a Band of Blogger entry, but a Topsauce ain't too bad!

A - Did you hear about the recent bomb threat against GamersGate members that cancelled their little meeting? Well, you didn't hear it from Destructoid, and Sylveria Shini is pretty peeved. That's all I'll say on this subject. (Update: Dtoid posted an article after the post was written)

A - Reinhold Hoffmann stops posting beautiful fan art work (WHAT'S WRONG WITH YOU?) to talk about how the ESA thinks preserving old videogames is illegal because it's considered hacking. I personally think that, since videogame is art to me, that there should at least be a playable gaming museum. 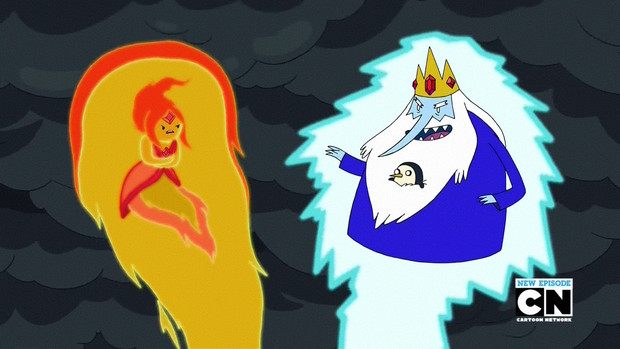 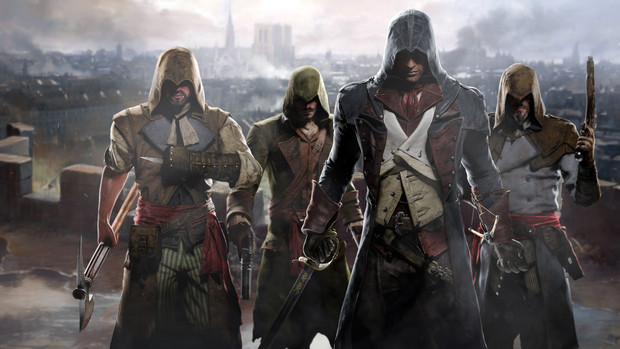 R - Lord Spencer continues his series of SNES Reviews with the fan favorite Secret of Mana. Is it a secret why people love this game, or is it no wonder why we never got a sequel?

T - KingSigy has been playing Broken Age: Act 2, and he has some pretty mixed things to say about it. It's not that it's a bad game per se, but it has some shortcomings that prevent it from being a good one. Check out what he thinks here. 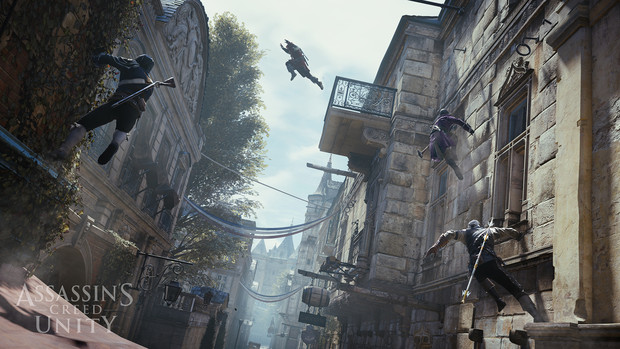 ? - Titannel continues his series of not-videogame-related short stories that he wrote back in college to show off his writing capabilities! 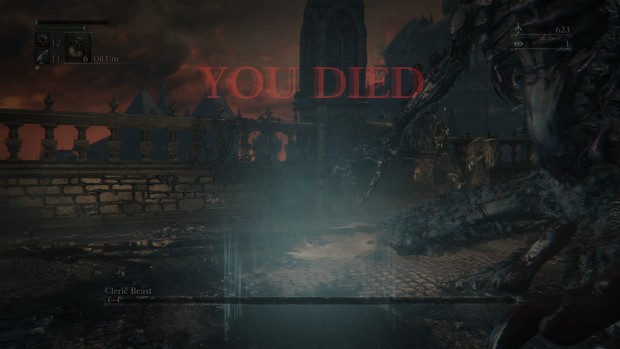