How to not treat your employees

I was done blogging until today. Everytime I even thought about blogging, I got a painful reality check injection, telling me I should work on my thesis instead, you know, the thing that probably will define my future? Yeah, up until now, I had no reason to write another blog.

So, Glowbear and Stevil have both been fired today from Destructoid. Both without any heads up, and even before that, without any indicator that the rest of the staff is not pleased with their performance or behaviour. Latest Info is that Holmes is contacting them now, apparently 24 hours after it happened, so some talking seems to be taking place, which is some kind of relief.

I'm less than unexperienced when it comes to writing blogs and reviewing games, so I'm not complaining about bad judgement of those guy's abilities (though all people on the forums who voiced their opinion agreed that the blogs from GB and Stevil were often outperforming the many nonsense posts by some select of the actual staff, just sayin'). What I'm complaining about is the way they were let go, and how they were treated even before that final decision. It's not only common knowledge in psychology, it's actually common sense that you need to provide your employees feedback in order for them to improve and for them to understand what is required of them. Something that has obviously not happened here, which is, in the best case, a sign for lacking communication or just bad leadership behaviour.

From what I have heard, there was also mention of staff not agreeing with Glowbear's and Stevil's personality. Yeah, not talking about it and just firing them for that is probably the wisest course, no complaints there. Works for Konami, right?

Finally, what buggers me additionally, is how Bill Zoeker was ceremonially waved good bye in comparison. My attempts to not step on toes look as follows. The guy who actually barely did anything else during his last couple of months besides aggravating the community by starting shitposts in the comment section, got granted his own personal video audition with Holmes himself in the virtual internet flesh, where he could promote the stuff he is going to do in the future and talk about fond memories. I'm not saying he didn't deserve it, because he sure as hell entertained many people around here. But so did Glowbear and Stevil, and they reached a comparable amount of the community with what they did.

Just to make it clear, I am not defending anyone here. Both of those fired can very well fend for themselves. I am assaulting the massive lack of leadership and communication here, which will do even more damage in the future, believe me in this. I am also calling the leading staff out on how differently they let people go, cuddling some and kicking others out the door like rabid dogs.

So yeah. That's what I have to say about that, assuming stuff went down as I was told, it would be interesting to hear someone from the "other side" explain what drove them into this uncomfortable situation. Going back to the forums then, where we actually talk to each other. It's nice and warm there, you guys should try it sometime. 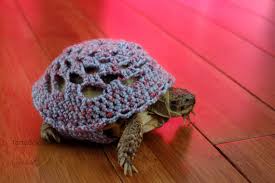 I like to play games (a lot) and communicating about them. I also roam the internet in search for interesting news, not only game related. Last but not least, I love drinking good scotch and bourbon whiskies with friends or alone, if no one's available.

Besides that I like to eat, drink, do a wee bit of sports and having fun with my cats in between. Oh and sometimes I study psychology, if I don't work for my living. One day, I might end up an economic psychologist, manipulating people just to make a dime. Scary stuff.