Anyway, I've been sick. It's annoying - A whole week of my life, gone! I had to miss out on a job fair on Thursday because I was too congested to speak properly. I've started my days the same way: putting two tabs of Airborne into an empty glass, filling the glass with ice, and then filling the glass with water. After 10 minutes or so, I've got a glass of fizzy vitamin solution that I can use to down a couple of DayQuil, or NyQuil if I need more sleep. Airborne is palatable, more than Alka-Seltzer, but I'm certain that because I can drink it, that is proof that it doesn't actually work.

What to do when your life has become a blur of NyQuil and effervescent tablets?

Why, video games, of course! You play video games to make yourself forget that you hate yourself for being sick and you hate everyone else for not being sick. So, I collapsed onto my sweet electric reclining couch and got to work. What have I been playing? 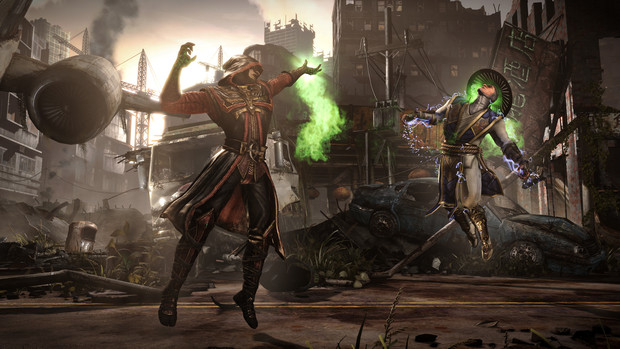 I have always been a bit of a sucker for the Mortal Kombat games, ever since I figured out how to actually play them. It's a wonder how much more fun a game gets when you can actually pull off special moves. Pictures above is an image from a website. In said image is my favorite character, Ermac, who was the best ninja from the original games.

Why Ermac? He was red. Red is badass.

MKX is really fun. It's awesome to see the new designs of all of these old characters and the new characters themselves. I think I'm having the most fun with Ermac and Sub-Zero, but I always love those guys, so it goes without saying. Cassie Cage is growing on me, too, if only for her amazing "Selfie" fatality. Speaking of which,  the fatalities in this game are absolutely BRUTAL. I'm betting the staff does the Tom & Jerry style of brainstorming, where they each try to top each other with a pitch for a potential fatality until they realize they can't go that far with one of them, and then they go ahead and do it.

Kotal Kahn can get bent. 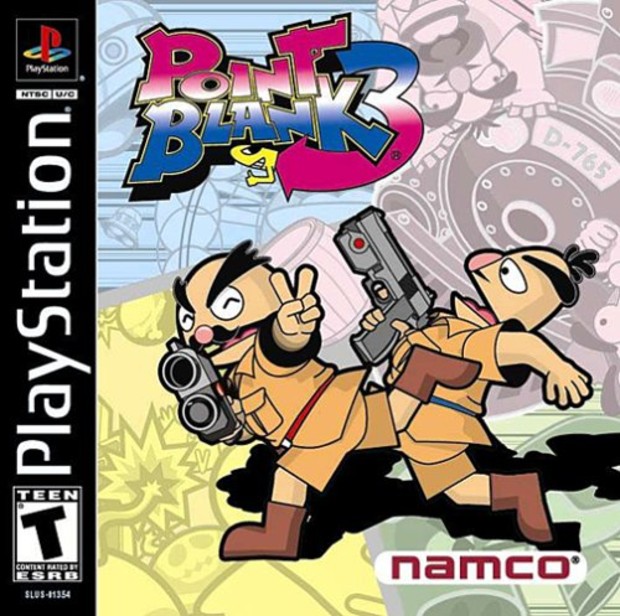 I picked up these games at my usual local game store. There are other ones in my area, but 8-Bit is pretty much the best around. If you're ever in Southwest Florida, you need to check out 8-Bit Hall of Fame. And that's the most amount of third-party advertising I'll ever do for this blog.

Point Blank was a light gun series that was basically non-violent. Sure, you're still using a gun and shooting things, but you're doing it more in a shooting gallery format than other titles. The Point Blank games make use of Namco's GunCon peripheral for the Playstation 1, which was also used for Time Crisis as well as a few other games on the PS1 and PS2. The GunCon is basically a big, grey gun with red bits. How it stayed those colors without an orange barrel is beyond me, since US gun laws prohibit sales of realistic looking toy guns without something like a neon orange barrel. Eh, I guess the red was enough. Either way, my GunCon is accurate enough, and the Point Blank games are absurd fun, especially since my copy of Time Crisis doesn't want to work for whatever reason.

Those puppets scare the hell out of me, though. 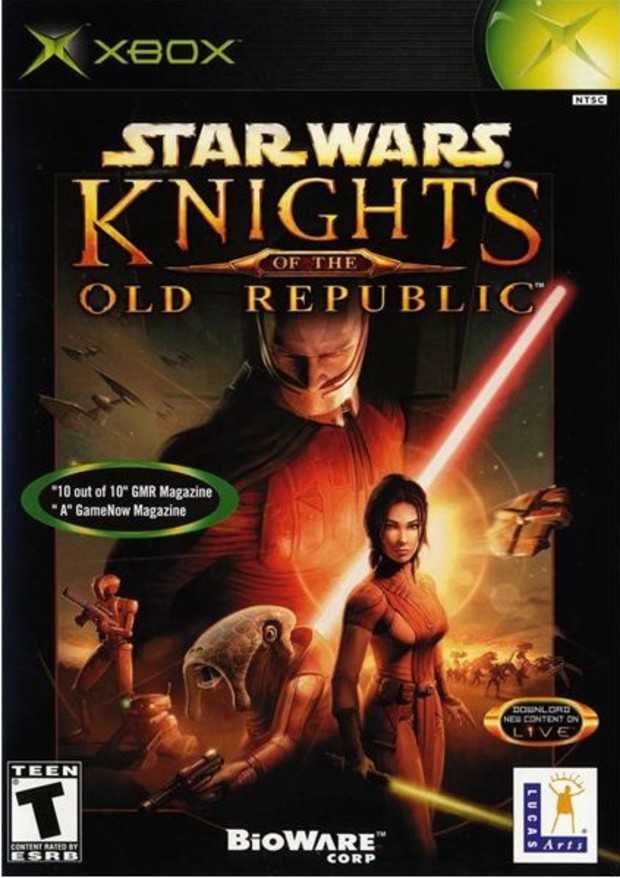 Not gonna lie. The new trailer for Episode VII has me hyped. The only way I could get more hyped is if I could take a ton of amphetamines before going to the premiere in Hollywood and sit front-row next to Mark Hamill and Carrie Fisher while Flavor Flav narrated the opening crawl.

I've decided to channel that excitement into playing some Star Wars games. I'm starting with my favorite: Knights of The Old Republic.

This game is really fun. The original Xbox version of this is also really expensive for an original Xbox game. Most of them are worthless, but KOTOR is up there, along with KOTOR II, which is actually more expensive. I've seen a few other Star Wars games get like that, too. Jedi Academy is rare as hell since Activision had to quit printing the game after they lost the license, and Star Wars: Battlefront II runs for something crazy like $60, but that one might just be popular rather than rare. The point is, people love their Star Wars, and they'll probably love it now more than ever.

KOTOR is a very fun Western RPG. If you've never played it, think Dragon Age. It's the closest I can think of to it, since the Old Republic MMO plays more like, well, an MMO.

I'm not going to get into the plot that much, but suffice to say it's really good. This game came out around the time that Episode II hit theaters, and to say that KOTOR is better is a complete understatement. It's kind of sad, really. KOTOR made a better Star Wars experience than one of the actual movies. It's part of the reason why I'm not too concerned with JJ Abrams rejecting George Lucas' treatments for the new trilogy: A lot of Lucas' ideas weren't very good without someone to filter them, and Lucas is deathly afraid of anyone messing with his work. Hell, the only reason KOTOR exists in the first place is because Lucas wanted Bioware to make something that wouldn't interfere with his movie, and by going to the past Bioware could tell a better, creatively-free story.

That said, this game is hard. Really hard. It's obscene as to how difficult the first section of the game actually is if you play as anything other than a soldier. The game really picks up steam after you've left Taris, but that's about two hours into the game, sadly. That's my only real complaint. Taris sucks.

The sequel, done by Obsidian, was, uh... It wasn't that great. It's got a decidedly different tone to it, and a lot of the content that was supposed to be in the game was not.

If you actually want to play KOTOR, it is available on Steam, and it goes on sale fairly frequently. It is also available on iOS, and that version is really nice. Kind of a long game to play on a tablet, but the sheer fact that it exists is kind of awesome.

I'm still sick, by the way. I just feel a good bit better. Right now, it's about 5:17 AM where I'm at right now, and I feel like getting some donuts and a cup of coffee. I think I'll do that.